- March 20, 2019
It's been so long I can't actually remember everything that has happened since I last posted. But I will try.

I had planned to get cracking on my Fig Recipe Book which I hope to publish this year but then I was asked to participate in the celebrations for International Women's Day on March 8th.  Every year the village women put on a theatrical extravaganza with a party afterwards.  This year the theme was Weaving and working with textiles which traditionally women see as their domain being a metaphor for their entire lives.  Weaving not only material but Weaving words into stories of hope and help during difficult times of their lives. 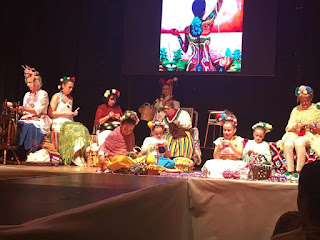 I was asked to recite a story while spinning on stage as part of a group of women and children who would be working with knitting, crochet and other handicrafts each taking it in turn to recite a tale with a message.  My story was the classic of Theseus  and the Minotaur.  With the Minotaur representing the fear and anxiety that women often face and Theseus being the knowledge of how to defeat it and the ball of twine that Ariadne gives to Theseus to help him escape the labrynth being the strength that exists inside every woman: the message being that we can escape any pickle we find ourselves in if we rely upon our inner strength and of course a little help from our friends 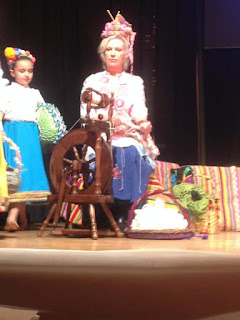 This was a good A4 page long and in Spanish to boot so I was very unsure if I could manage it or not.  But with daily repetition over four weeks I got there. It was extremely nerve wracking but once I accepted that the knot in my stomach could just as easily be excitement as fear I actually began to enjoy it. 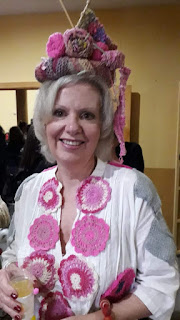 Once that was over with I found myself at a bit of a loss to know what to do next.  I had so many plans at the beginning of the year but all was forgotten once I focused on women's day.  The Fig cook Book is still on the back burner as is the mountains of local wool I still have to process so that it can be spun.

the return of the Sewing Bee on BBC2 has reminded me that I have a coat and a jacket still to make and inspired me to change my mind about the pattern for the jacket.  I'm going a bit more avant garde in my old age... watch this space.

I also have some cashmere on the spinning wheel that needs to be finished and will hopefully be enough to make a hat and gloves and/or scarf to go with my new coat.  We have a wedding to attend in the UK this winter coming and I'd like my suitcase to contain entirely hand made clothing.  And of course Northern Britain is cold in winter! 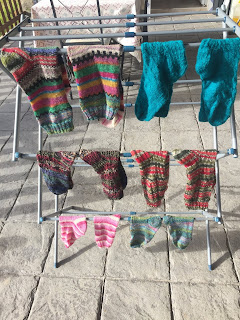 We had a series of really good volunteers who helped enormously on the finca.  All the trees at the house end of the Finca were pruned and the wood sorted, stacked or burned.  the overgrown oleander in front of the house were moved to less important positions where their invasiveness won't be an issue.  This is sterling work , and very much a long slow process if Steve were working alone. 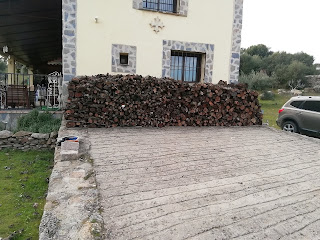 We like to feed our volunteers well, we provide 11's which is usually tea, coffee and cake and then lunch which is always two courses and plenty of it.  I try to make the lunch the main meal of the day so that our volunteers will only need to provide a snack in the evening and breakfast in the morning for themselves.  One of our last Volunteers was both glucose and lactose intolerant.  This turned out to be very challenging, so many recipes that are gluten free also contain lactose... and so many gluten free products on the shelf also contain lactose.  I hate to give anyone a lesser meal than the rest of us so I worked very hard to find things we could all eat.  I learned to adapt many recipes for using rice flour instead of wheat flour and with other recipes I simply left ingredients out and was delighted to find that most of them turned out just the same. 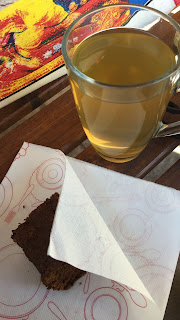 Now since we are talking recipes, I promised the recipe for the walnut and lentil loaf.  This came from a book I have had for thirty years. Its called The Bean Book by Rose Elliot.  I love pulses of all kinds, unfortunately my digestion does not and as I've gotten older it's got worse.. So I rarely cook anything from it these days and if I do, I have to eat sparingly.  Anyway... Here we go: 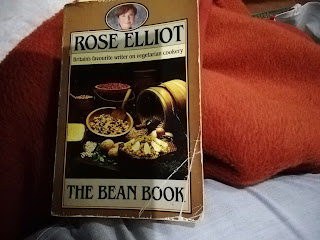 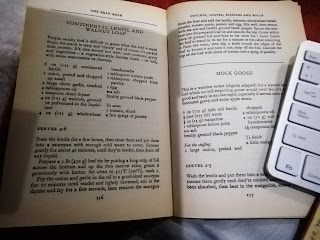 Just click on the photo and zoom in to read it.

My To do list, or list of challenges for this year is immense.  and I wouldn't be surprised if I didn't achieve it all, but that's ok.  But what I've decided is that I want to take money out of as much things as possible.  I often spend a lot of time working with wool and fabric and producing things that I believe I would be able to sell.  But of course no one actually appreciates the amount of work that goes into something that is made entirely by hand from start to finish, and with love. You can't buy love. 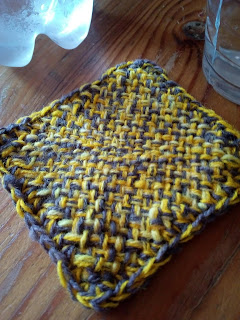 Often artists are insulted because no one appreciates their work enough to pay the prices they believe they are worth.  I am throwing all that out the window.  My work cannot be recompensed by money.  It simply can't.  The numbers of hours that goes into processing wool to get it to the pont where I can dye it or spin it or knit or crochet it into something is just so huge that to put a monetary value on it is simply ludicrous.  So why do I do it? Well I can't not.  For me creating things is akin to breathing, I can't not do it. 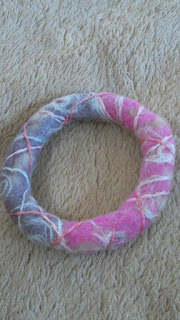 So from time to time I shall put things on my blog that I want to give away.  Yep, Im giving things away.  If the item is heavy or you live a long way away I may ask you to pay for postage but in essence, if you love it you can have it.

The first item for my Giveaway will be revealed in my next post.
Chit Chat Clothes Cooking Figs Gardening Sewing Spain Volunteers Wool