It Doesn't Have to be Meat

- February 04, 2019
Around about us some people are still harvesting olives, I wonder why we rushed so, but it's how we always do it - like we have a deadline. So much pressure  And we still don't know if we can afford the cooker we want. Patience.

We had a couple of Dutch volunteers for ten days and they helped Steve make a serious dent in the pruning of some of the olives. They were nice people too so it was very pleasant hosting them. Having two extra very hungry mouths to feed gave me an excuse to play with the bread oven again. This winter I've used it fairly regularly and I'm starting to feel like I know what I'm doing . 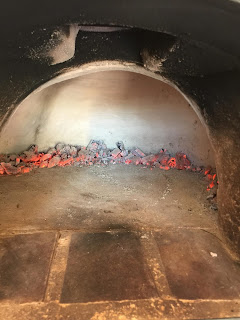 In our 'turn a knob' or 'flick a switch' society we have mostly forgotten about how to cook with fire. In fact someone mentioned to me about cooking with fire being dirty and I wasn't really quick enough to refute them but in my limited experience I've found it quite the opposite . Look at how clean the oven looks, you wouldn't think there was a wood fire burning in there just a few minutes before. 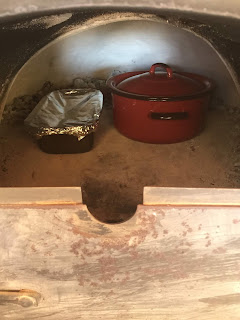 I've been cooking a lot of roast dinners, chicken mostly. Strictly speaking I'm still baking the chicken since I've used the ceramic chicken brick or covered it with foil. But the end result is far superior to the same recipe done in the electric or gas oven. I don't understand why it tastes better. I've also got better at judging the temperature and I've successfully made chocolate brownies in it - with not a clue what the actual temperature of the oven was. 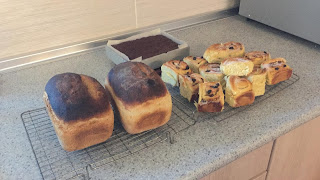 The bread crust looks a bit overdone but inside the bread is light and fluffy.  And that's Chelsea Buns too!  I'm also getting quite adept at using the residual heat after the bread comes out, making soup or stew for the next day, or for the freezer. But it doesn't have to be meat, today we had Moroccan bread, 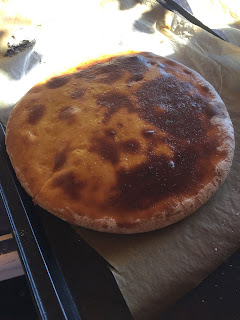 ... a walnut and lentil loaf served with a tomato sauce and cream of potato soup. All cooked in the bread oven and there being enough leftover to freeze for another meal, this is really turning out to be an economic way to cook. 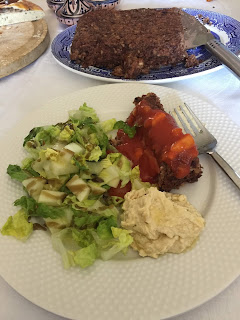 Of course there are limitations. Today it was very chilly outside and the oven started to cool down very quickly and so the bread went in before it was really ready, making for a denser texture than I would have liked. 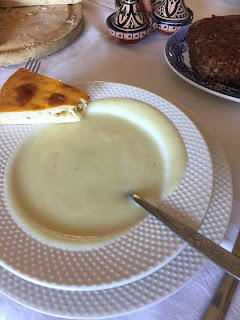 The remedy isn't as simple as adding more wood/fire to the oven - fresh wood turns the oven dome black again, and you can't cook until all the soot has burned away. It also didn't help that I had removed some of the coals to the adjacent BBQ so that I could do some further cooking. 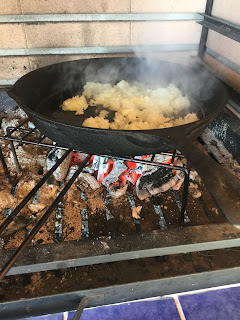 Here I am frying the onion garlic and Thyme for the lentil and walnut loaf. The lentils were cooked the night before in the pressure cooker, taking 15 minutes. If you are looking to save energy and time spent on cooking then a pressure cooker is the way to go! 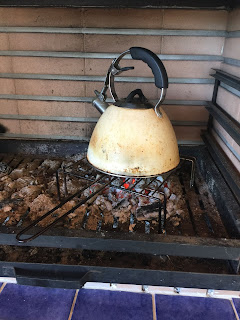 After that I used the residual heat to boil the kettle for our 11's. It took 20 minutes to bring the water to the boil, that's because our kettle has a very thick bottom to it. But I planned it well and we didn't have to wait much beyond 11 o clock for our mid morning break. 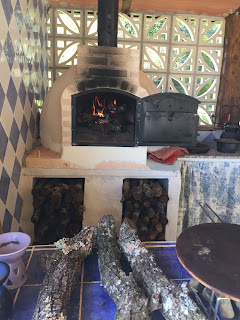 Finally when all of the heat from the oven is just about spent I load it up with the wood for the next firing. The wood literally kiln dries and makes for a nice clean fire when I'm using the oven next.

And the oven itself. We'll, its basically a pizza oven, but of course you can cook anything in it. I highly recommend it for anyone who enjoys the BBQ experience and wants to take their culinary expertise up a notch. 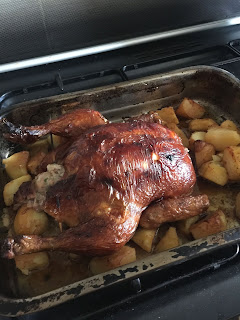 Having said that I recently have been reading the diaries of Samuel Pepys (written in 1660's) and felt a great kinship with his wife when he wrote about his lunch not being ready - a roast fowl - due no doubt to the vagaries of the wood fire .


Chit Chat Cooking Energy Spain Volunteers What is a Technobilly?