In Search of Chosen Men

- September 21, 2018
Does anyone remember the 'Sharp' TV series? A very young Sean Bean playing the lead character. This (and the novels by Bernard Cornwell) is the story of the 95th Rifles regiment during the Peninsular wars against Napolean. The regiment after several name changes during the ensuing 200 years became my son's regiment and although he is no longer in the army it has been the defining experience of his life so far and so he is rightly very proud of their history. He came for a brief holiday with us and we went off in search of physical evidence of their presence here in this part of Spain. 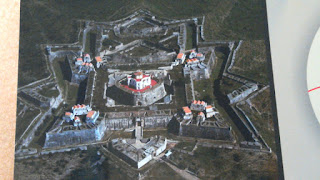 Our search took us to Elvas in Portugal. This is about an hour away from our house and turned out to be really worth the visit. 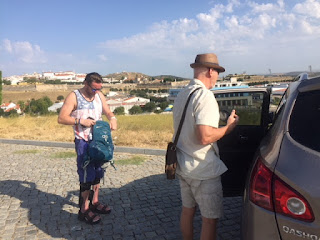 The fort is Star shaped. Such a clever design I don't know why we don't see more historical buildings this shape. Like many  castles in Spain, you are allowed to scramble over battlements and climb parapets and there are in some spots no handrails or barriers to prevent disaster. You are simply responsible for your own safety. I like that. 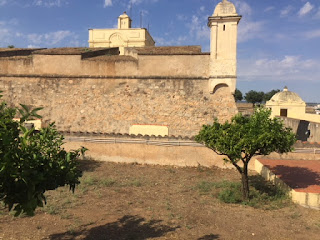 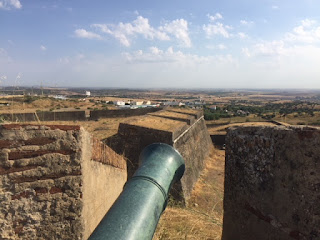 The town is also walled and we drove through a short tunnel to enter. 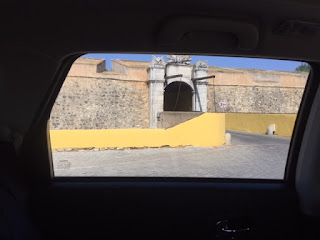 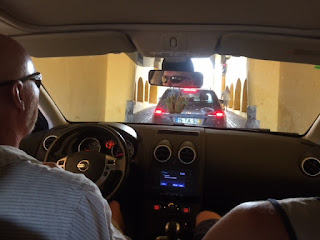 We parked in the underground parking which is beneath the town's main square and then visited the tourist information centre. After a conversation in perfect English  (this is a novelty for us.. since our little corner of Spain is not very switched on when it comes to foreign languages) we had a walking route mapped that took us to the castle and then to the English cemetery - our main goal for the day. 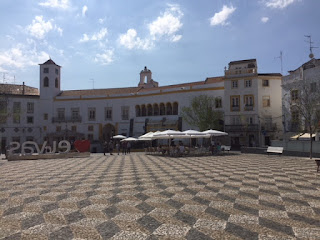 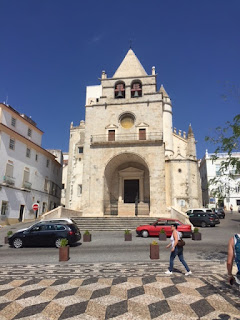 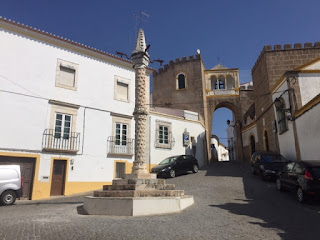 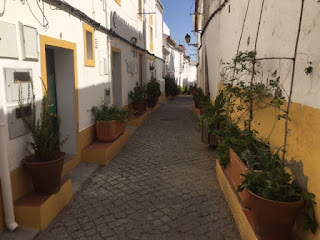 And there they were. 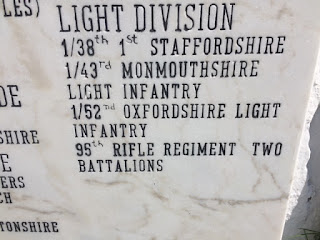 The cemetery holds only four actual graves, two officers killed during or shortly after the battle of Albuhera and another officer and his wife who died much later. 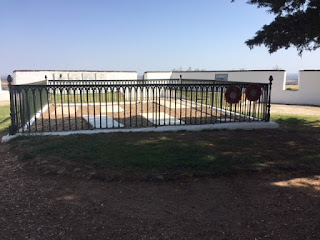 But since the cemetery has been looked after by local English expats there have been further commemorative plaques placed by other regiments to the dead from here and the seige at Badajoz which is just a five minute drive back across the border to Spain. 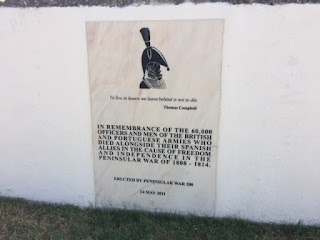 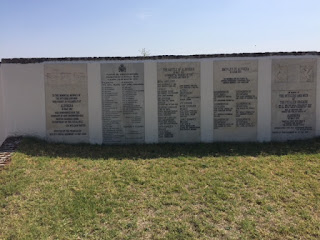 It was a day filled with talk of history and battles, both historical and contemporary, as we are a bit of a military family with members serving almost in every generation going back a long way. I just recently discovered that my three times great grandfather who served in the Gordon Highlanders, fought a battle in a village just five minutes from my house at a place called Arroyomolinos.  When we fell in love with our little finca we had no idea that 200 years ago an ancestor may have trudged up the road past our entrance in full battle kilt.  It's a strange world.

Family History holidays life the universe and all that Spain