Hot in the Kitchen

- August 04, 2018
According to the BBC we are experiencing a heatwave here in Spain with temperatures up to 47C in the shade. Yes, it's hot, our own north facing in the shade thermometer has registered 41.8C as it's hottest temperature this year.. it's still early August so we could easily go up from that yet. 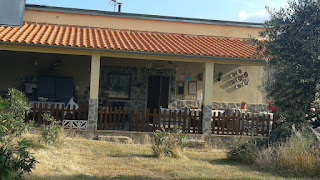 The truth. It's like this every year here. This is fairly normal August temperatures for our region as the hot African winds blow up through Portugal and the Peninsula depositing a fine orange coloured coating of sand on the car and making the sky look like it might rain. The rain rarely comes. 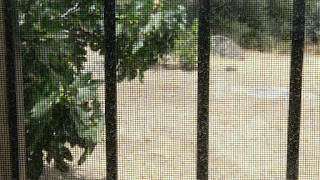 The BBC reported deaths from heat stroke in southern Spain. Again, this happens every year. The increase in temperature puts a strain on the elderly in the same way that winter does in the UK.  I don't mean to belittle the danger. It is very hot and we all have to take extra care because the sun can kill you! But so far this isn't much different from most other years since we have been here. 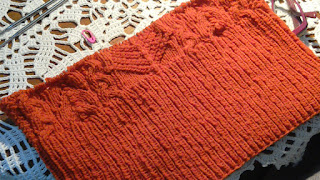 For a good part of August I become a recluse. I stay indoors doing inside jobs along with some binge reading, knitting and TV watching. We often save indoor projects specifically for the summer time. One job that must be done but really isn't conducive to the high temperatures is the preserving of the vegetable harvest. 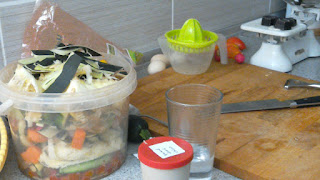 I do try to turn excess courgettes, marrow or cucumber into pickles. Tomatoes can be turned into a jam (paired with chillies they make a super condiment to be served with cold meat or cheese). I also dry tomatoes in the sun - but since I like them still a bit squishy I will semi-dry and then freeze. 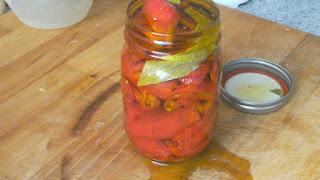 Here I put some 'not quite dried enough' tomatoes into oil and they started to ferment. This isn't too much of an issue, fermentation adds a bit of a tang to the tomatoes and actually increases the beneficial enzymes and vitamins. But having discovered the pot making vigorous bubbles and leaking oil over the shelf, I decided to whizz them up in the food processor to a paste  and freeze in small amounts for later use. The addition of chillies and garlic gives a good approximation of Harrissa paste, but my chillies came to nothing this year so I left it at a simple sun dried tomato paste. 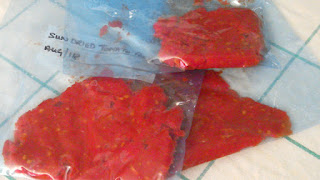 A gifted marrow becomes chunks for winter stews and is included in a ploughman's pickle.  The hardest job is standing to chop the vegetables into small dice, as the kitchen gets ever warmer from the pans bubbling on the stove top. 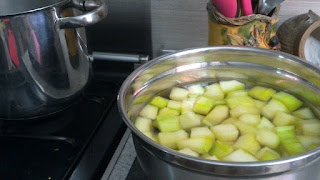 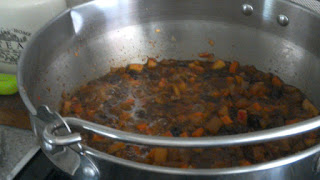 Quite often when we make preserves we like them so much we eat them pretty much straight away.  Since jamming and pickling is a way to preserve fruit and vegetables this year we agreed that when we are sick of eating the fresh vegetables then we will preserve them and KEEP the preserve for winter. A little bit of summer in a jar. The cupboard is filling up with our produce and the freezer is starting to groan a bit.  And the figs are now ripening - to bottle or not to bottle? Poached figs in spiced syrup is a family favourite but there is only the two of us and you can certainly get too much of a good thing as far as figs are concerned. 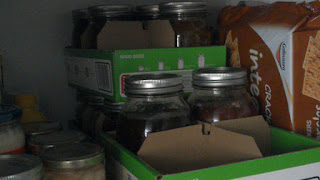 Discovering some neglected mushrooms in the bottom of the fridge I quickly put them into a basket to dry on the veranda. They aren't in full sun but the heat is immense and I might be able to whizz them to powder tomorrow. I love my mushroom powder, the smell is intense and the flavour devine. I'm the only person I know who can make a mushroom sauce without fresh mushrooms (and you'd never know!) 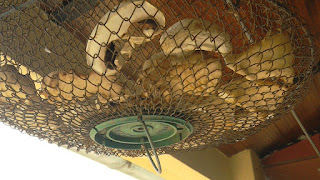 After hours of chopping, boiling, bottling and the endless dishes that seem to accompany any mammoth task in the kitchen it's so nice to have a man about the place who can cook the dinner! (Chicken satay made with home made peanut butter 😁) 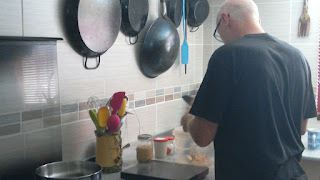