- October 10, 2017
After living here for more than four years you would think that we would be used to the Spanish way of doing things. Two words.. yes and no. We love it here and we haven't had that much trouble adjusting to the more relaxed lifestyle, it is, after all why we are here. But sometimes it's impossible to escape our upbringing and the typically British love of orderly organisation surfaces and highlights how chaotic Spanish culture can be and we wonder how anything could possibly get done here. 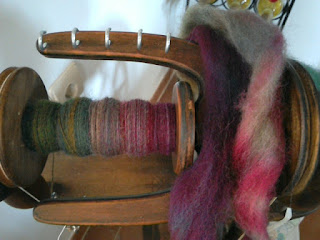 This is how the art exhibition in the village is shaping up. The long meeting I attended which was supposed to answer my questions was very haphazard. Everyone talked at the same time, people took phone calls, some people arrived late. Trying to make sense of what was happening made my head hurt but somehow at the end of it we had progressed... a bit. 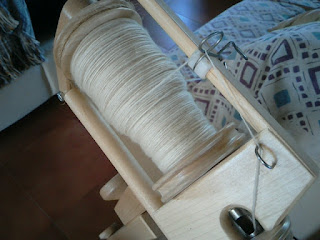 Don't get me wrong, it's still very chaotic. For example a start date has not been decided upon. At the moment the best guess is December.  Knowing the start date is fundamental to me. It's the first question everyone asks.. when is  it? The next obvious question would be how long is it? No one knows the answer to this either. And the worst bit was that the only people who thought this was crazy were the three foreigners participating. 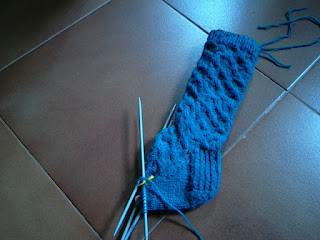 With huge difficulty I pushed past the tantrum in my head (which was in danger of making me incapable of proceeding any further) and simply concentrated on what exactly my art thing is going to look like. The only brief I received was that the wool of Almoharin should be the star of the show. Since everything in my allocated space will be made with the local fleece I took that as a given. 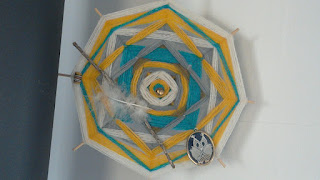 One thing was very clear, I'm going to need alot of yarn. The annual online spinning competition 'Spinzilla' took place last week and I used the week as an excuse to get some yarn spun. I had a day off in the middle to go on a birthday trip with a chum and still managed to achieve my goal of spinning 5 miles of yarn. 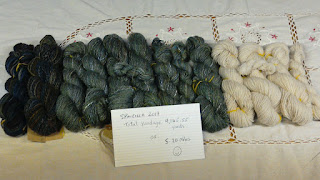 Of course my plans for knitting a jumper and matching gloves is now on hold as I've earmarked the yarn for purely artistic uses. And as I look more into using yarn in an artistic way I discover things I had never heard of before but that I really love and enjoy making. 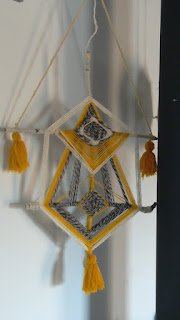 So it's full steam ahead for the foreseeable future with yarn occupying most of my time. I have a trip to Scotland squeezed in next week as I am attending the Loch Ness Knitfest - it's going to be yarn heaven! And then I'll be flat out spinning, dyeing, knitting and knotting when I get back because, of course, I don't know when the exhibition starts!
Chit Chat Crafts knitting Sheep Spain Spinning Wool