- October 26, 2017
Things are always busy. Why do I remark on it? I should just take it as given - I have a busy life! I had an incredible week in Scotland. Firstly the Loch Ness Knitfest was amazing. I got to meet some of my favourite knitwear designers. I bought some fibre for spinning and had a long chat with some ladies from the local spinners and weavers guild. Pretty much kinda heaven really. 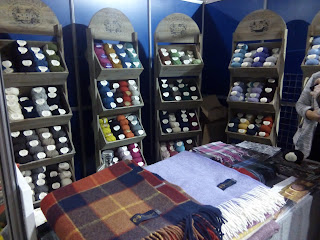 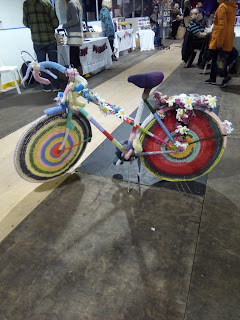 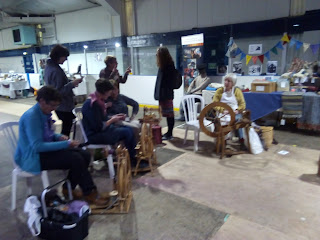 I then had a great time catching up with relatives, had a tour around the Johnstons wool mill while hurricane Ophelia approached and turned the sky dark at 2pm. In the end the NE Scotland escaped pretty much all of the storm damage. 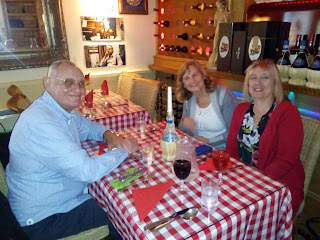 I had deliberately taken a large suitcase because I knew I would be bringing stuff home. It ended up at just over 18kg and the wheels were definitely feeling the strain. The week went by very fast and I began my return journey the day before my flight. Spending a great afternoon and evening in Edinburgh. 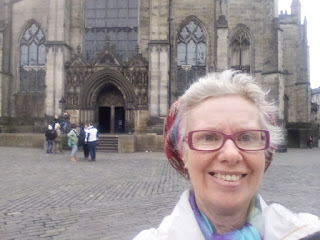 But by the time I reached Madrid the following afternoon I was already exhausted and still had to take the train to the bus station and then a three hour bus journey followed by forty minutes in the car. It's a gruelling trip.And not cheap either. 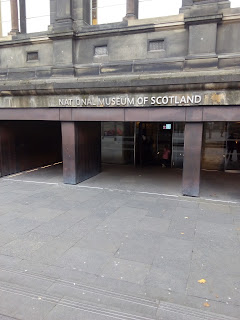 I didn't really give myself any rest once I got home as it's a case of spin spin spin now until I have enough yarn for my exhibition. I reluctantly put away all my pretty bought fibre so that I can concentrate on the local stuff. 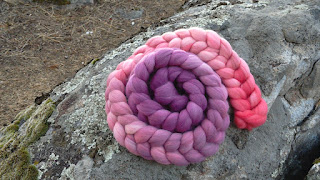 Our lovely French volunteer moved on to a donkey sanctuary somewhere up north taking with her a new skill (knitting!) And now we are busy organising help for the upcoming olive harvest and beyond. The to-do list gets juggled about but doesn't get any shorter. 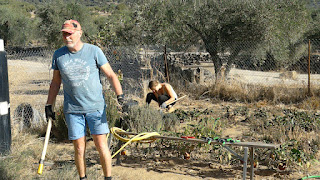 A little good news. Miss Boppity was sat on three eggs and hatched three chicks last Sunday. One brown, one white, one black! They are proving difficult to photograph but I got 30 seconds of film.

The hot weather broke while I was away and it rained. But since then we have had some very hot days and so my poor almonds have had to be watered. The night time temperatures have been quite cool and the early mornings very autumnal. The Ayuntamiento issued us a fire licence so obviously they are not concerned about the lack of rain and we had our first autumn bonfire complete with cheese toasties for elevenses. 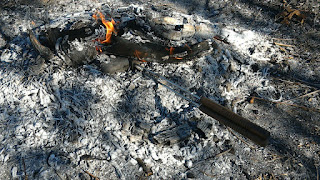 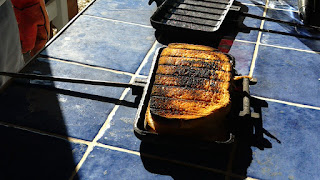 I've been vaguely thinking about Yule and the midwinter celebrations but honestly we are feeling so busy that we were on the verge of simply ignoring it all this year. It depends upon whether our olive harvest help materialises or not!  Am I a bit frazzled at the edges? Well definitely yes I am! But I still take time to sit and watch the chicks for a few minutes every day. There's nothing much wrong with the world when you have new chicks!
Autumn Chickens Crafts knitting olive harvest Spinning Volunteers