- October 31, 2017
Autumn? Really? It's been so warm and so very little rain has fallen it's getting hard to believe that it really is autumn. I have been desperate to get some planting done in the veggie patch for a couple of weeks now - as it is I think we've probably missed having home grown Brussels for the midwinter festive season, but better late than never. 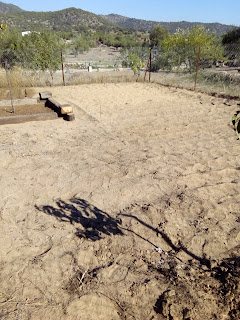 Steve rotavated, I hate the rotavator. Firstly our soil is mostly Sahara sand blown in over hundreds of years and rotating does nothing but dry it out further. It makes a horrid noise and it smells awful but mostly it's just too heavy for me so I can't really help with it and I also can't get on with anything until it's done, just have to wait until the man has finished. 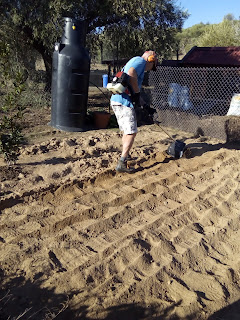 We have no worms. A whole garden dug over and not a single worm. This is not good. I thought we were doing very well with our soil improvement regimen but it's not looking good at the moment. 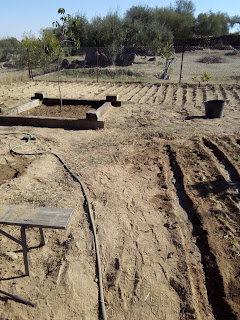 I have a huge bag of Dutch organic fertilizer to go on the patch before it next rains (all fingers crossed). Casualties of our never ending summer this year are a pear and an apple tree. The other apple is doing fine. Why?? 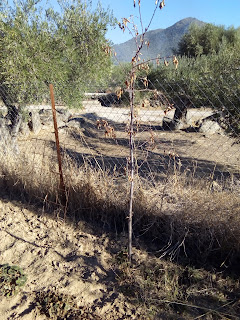 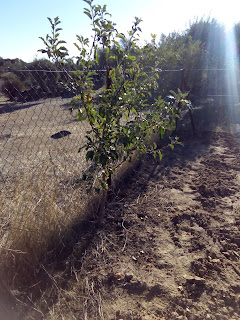 We made a start at any rate with some beans planted - our track record for beans is pretty poor to date but we keep hoping. Some lettuce - three different varieties. Leeks, beetroot, turnip, spinach, Brussels, cauliflower - regular and Romanesque and broccoli. 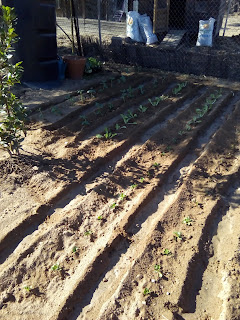 There will be space left over for a second planting which will hopefully stagger the season. Assuming everything grows. It never does but one cannot lose hope! 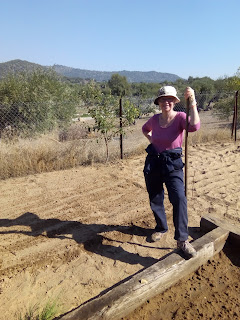 I must say we are fairly up to date with the seasonal jobs this year and are now fretting about the olive harvest. Our promised help has been silent for several weeks and once again we fear we will be left in the lurch. After such a dry year I don't think we have as many olives as last year, though some of the trees are laden. Steve coped pretty much on his own last time as I had to dash to Japan on mummy duty when our son was injured. Hopefully this year will be drama free. All digits crossed on that one.  And there we go.. Just received word that we have a volunteer for the olive harvest. It all comes together in the end. 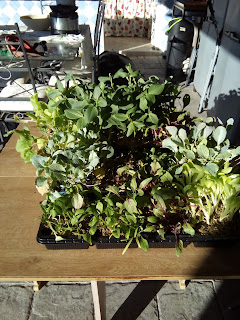