- August 17, 2017
It's still only August and the fig harvest is done and dusted. In fact we received a phonecall before we were ready asking us to bring our figs to the Co op to be weighed. Summer started weeks ago with a searing hot June that took us by surprise. With the exception of a strange week during July when temperatures fell very low the heat has continued unabated. We have had no summer storms. Not even the threat of one. 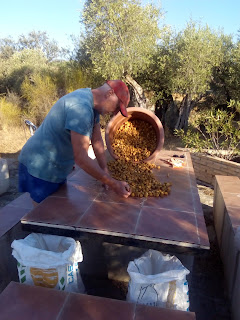 Remember we are not on holiday, we have to work and get on with stuff so constant high temperatures are making life difficult for us. Especially with caring for the trees and the veggie garden. Our almond trees have suffered. Once we realised they were under stress it was already too late. Just crossing my fingers that they will recover with a good wet autumn/winter. 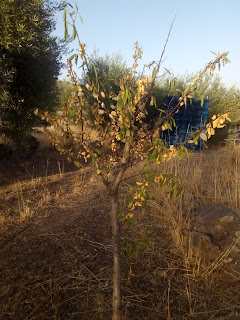 The vegetables have been good and bad. Everything fruited really fast or simply bolted. Our tomatoes were incredibly early and finished almost before the cheap tomato glut appeared in the local markets. We had enough plums to make one jar of plum butter - which didn't last long. We had three brilliant peaches that were juicy and sweet and went into an ice-cream sundae. 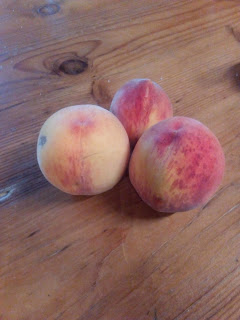 The butternut squash continue to produce a decent sized squash every week and we have had two large melons with more still to come. 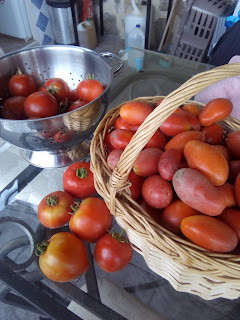 The aubergines have been small. The corn was a huge disappointment, non of the cobs swelled enough to eat and the peppers hit and miss. Half the onions died and the  globe artichokes likewise. 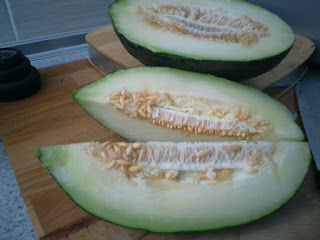 Some of the strawberries also withered with the heat. No matter how much you water when the air temperature is so high it's hard to keep them going. The answer is shade of course and we say this every year. But plans have been made to provide movable shade in the veggie patch. Only the time to get it done eludes us. Perhaps next year. 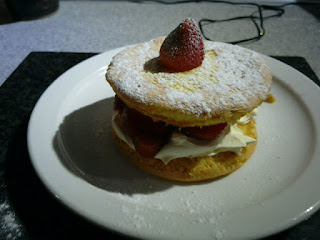 We are once again starting to get enquiries from potential Volunteers. This is encouraging, there are so many jobs to be done.  Annoyingly, alot of enquiries come to nothing. We say 'yes when exactly can you come' and then never hear from them again. I imagine they had a better offer elsewhere. Hey ho. 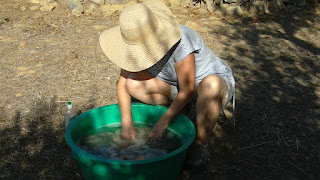 So. All continues more or less in the right direction and the seasons turn as they always have and we complain about each in turn, as we always have. There is alot of comfort in that. Our complaints are very tongue in cheek by the way. We do alot of that! 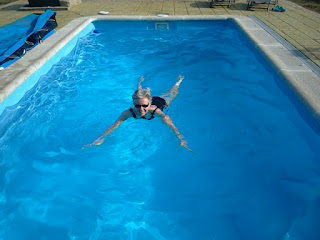 We do alot of this also. It's a hard life in paradise.
Farming Festivals Gardening Jewellery Spain Summer Volunteers