The House That Jack Built

- June 03, 2017
There has been quite a bit of building work going on in our neighbours fincas.  This neat little white casita went up slowly over the past year and even before it was finished the owner installed a dog to guard it. 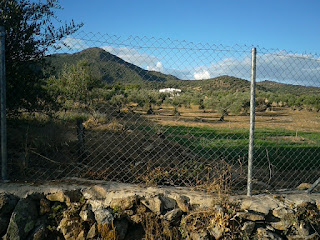 Now, this is something I have strong views about and have shied away ​from mentioning it before because I felt I would end up with a long rant and perhaps give the totally wrong impression. But in a nutshell, a Mastine type  puppy was chained up outside with a makeshift kennel. It was fed and watered when the owner visited to work on the finca. This is fairly normal practice here in Spain. The owner would I am sure claim that the dog was well looked after.  We could see the dog from our bedroom window and from one spot on our drive. It barked and cried all night, every night. 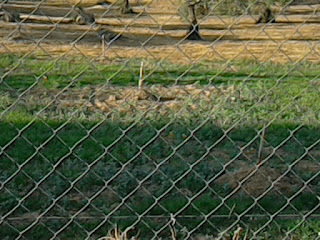 Recently the dog has disappeared. I hope the owner took it home because it has become too hot but I fear the worst. Anyway, the chap who bought this finca has done so much work, apart from building the little house he has levelled ground, diverted a waterway so we actually get more water flowing through our finca and he also planted new fig trees.  We thought him mad when he diverted the water, yes it is alot of water in winter but in summer you really will wish you hadn't done that. Our solution (listen to us the experts) would be to slow the waters passing through the finca rather than divert it but ho hum. Thank-you for the extra water, we'll have it!


We thought that the locals possessed special knowledge about farming here and we have quizzed and watched carefully what all our neighbours do in order to ensure our own success. But it seems now that not all the locals know what they are doing when it comes to farming - this same neighbour took a rotovator to a field of couch grass! This is the stuff that grows from the tiniest bit of root left in the ground. Two weeks after rotovating the couch grass was back, thicker than before. A week after that he came and sprayed with weed killer. Two weeks on and I can't see that it had any affect. And... Not all his fig trees are thriving. We are comforted (you can tell can't you) in knowing that we are not so half witted at this stuff as we thought.


Our other neighbour has also started building a casita. 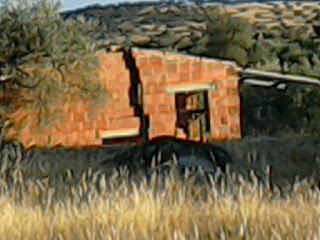 Apologies for the blurry photo but I couldn't hold the camera still for laughing. To be fair, he did it mostly all by himself with occasional help from another chap and a piece of string with a weight on the end! There are some odd angles on it. But I guess once it's rendered you won't notice and in 50 years it will probably still be fulfilling its function. Good for you Jack!! 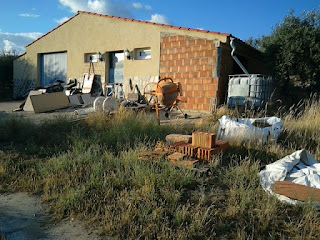 Steve is also new to building work. DIY he does very well and has always maintained and repaired stuff in the house. Building from scratch is new to him.  Strictly speaking this isn't from scratch, it's an extension, but it involved brickwork so we class it as building. His brothers came over from the UK to help him (one of them has done alot of building work in the past) but then left him to finish it. 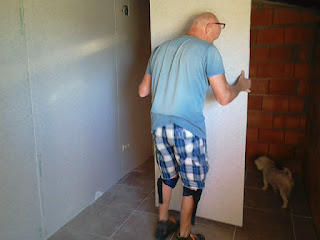 It's beginning to look like he's on the homeward straight now. Which is just as well since our first guests are arriving in two months time. 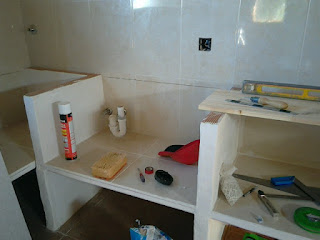 When finished this will be a small one bedroomed one bathroom house with galley kitchen. Next year it will get a covered verandah on the front. 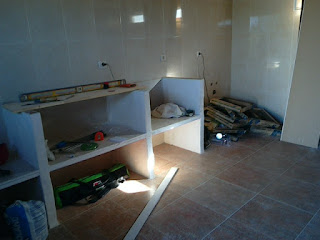 While Steve has been spending all his time building, parts of the finca have been neglected. 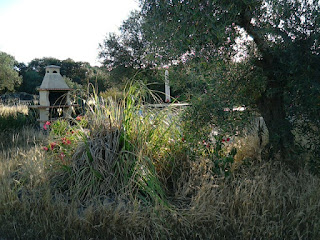 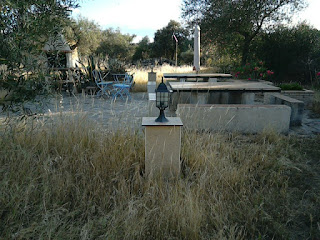 Well without volunteers we simply can't do everything! So we will once more be looking for helpers from autumn onwards. Thank goodness for that! Oh.. and well done Steve! 😀 It's going to be great!!
Building DIY Gardening Spain Volunteers