And Then There Were None!

- June 17, 2017
Farm life is full of ups and downs. We try to be philosophical about it all. Miss Black Speckle was not successful in her attempt to become a mother. One egg semi-hatched but the chick was dead. The rest did nothing. No peeps, no cracking, nothing. 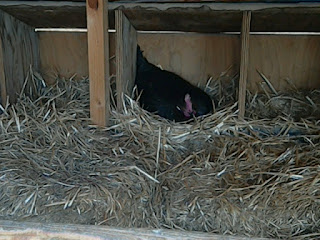 We are beyond sad. Although we maintained that we were not counting our chicks, I guess we were after all. On top of that Bippity somehow managed to roll both her eggs out of the broody coop, cracking them. She appeared not to notice and continued to sit on an empty nest until we turfed her off and closed it up. So there will be no chicks for the foreseeable. 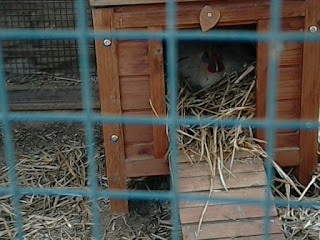 Deductions made from the look, feel and weight of the non hatching eggs, are that Mac (the cockerel) is doing a fair job - we had questions about his virility - but that other factors contributed to the deaths.  We did not crack open the non hatching eggs, that's just a little gruesome for us.  My best guess is that it is simply too hot at the moment and/or the hens are too inexperienced. 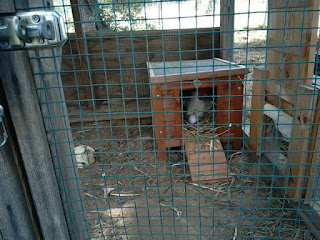 It's good to know that Mac is not infertile. Although we think he is a bit of a softy and allows the hens to get away from him more often than not. This, although a downside, is precisely the qualities we looked for in a rooster. After hearing and reading about aggressive cockerels we deliberately opted for a more timid one, that was Raul, Mac's father.  Mac will do fine especially as he fulfills all the other important tasks like breaking up fights among the other hens, standing guard duty, warning of danger and helping find food. 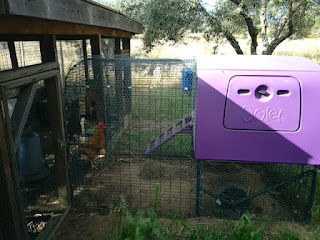 The thing we wonder about now is that we have probably genetically weakened the flock already and given the incest going on (which we were told didn't matter with hens so much) we have perhaps not given potential new chicks the best start in life. 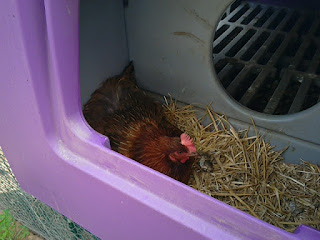 As Steve pointed out the easiest way to introduce new blood would be to replace Mac. But I am reluctant to do that because he is so calm and non threatening to us or the cats and the dog. An aggressive cockerel is no laughing matter. 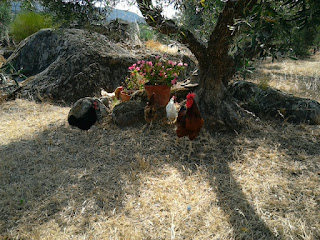 I think a little bit more research is required on the breeding of hens is in order. There is always stuff to learn where animals are concerned.
Animals Chickens life the universe and all that