- February 05, 2017
And it rained! So, stuck in the house with whoops and catcalls filling the air (Steve glued to the television) I was about to get out the couture jacket pattern when I got distracted by a comment on a Facebook group that I follow. It's a group dedicated to historically accurate knitting and crochet. Someone was knitting a petticoat. Sounds bizarre I know but it was cold back then and I guess a warm woollen petticoat would have been a Godsend. 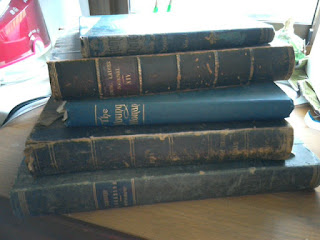 Anyway long story short, I started thinking about my collection of Victorian magazines and all the knitting and crochet patterns they contain and before I knew it I began photographing and uploading them to the web, where they will hopefully inspire some historic knitters! It's a work in progress (like I need another blog) but is there as inspiration and/or encouragement for those attempting to recreate a look from the past. You can shortcut here.

I can't help but admire our great grannie's skills since the instructions for many of these patterns require you to look at the picture and simply make it up as you go along. You really had to know your craft back then - actually I bet many women were cursing and swearing (albeit in a ladylike manner) at the pattern writers as they struggled with achieving anything that resembled the drawing. 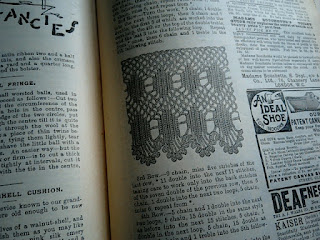 I did attempt some sewing this week when I made a stab at a pattern from one of my Spanish pattern books. And here's the thing you should know if you are planning to live somewhere abroad. Don't assume that you can buy individual paper patterns like you can in the UK or USA. Here in Spain all you get are these magazines that print the patterns on top of each other. 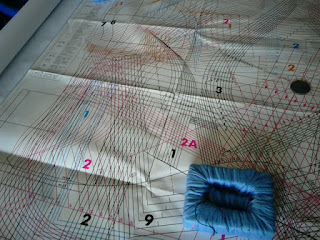 The pattern I chose was so densely overprinted in all the sizes and variety of colours it made my eyes dance. In the end I had to drag an engineer in and get him to trace the individual pattern pieces for me. 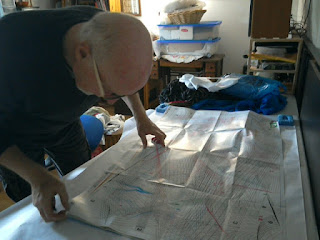 My own personal Madame Rudolphine! 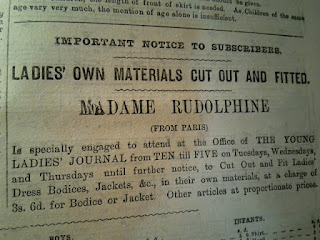 Then I made a pair of cami knickers with lots of hand sewing 'couture-style' techniques. I love them, and I've never sewn press studs so neatly, but they don't fit so I had to make another pair. I know, dressmaking 101 - pattern fitting!!!! But I got carried away with the tranquility of the hand sewing. 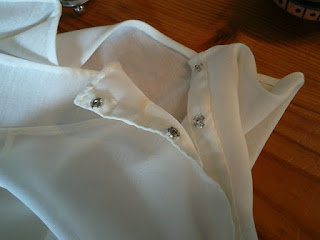 These will be worn as pyjamas in the summer. But now I am running out of suitable fabric for underwear so I think I will head back to the historical knitting and upload some more patterns. 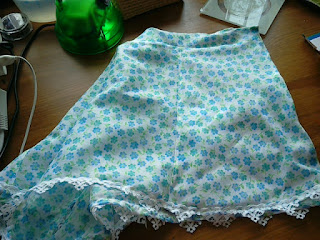 If anyone actually attempts to knit or crochet any of these patterns do send me a photo!