- February 22, 2017
I guess many of our readers will think we have it made. Living the dream and all that. Well yes, we do think we are living the dream, but it comes at a price and for us it is only just affordable. Let me explain.  We live on my husband's military pension. It's not huge, and if we lived in the UK we/he would have to work as well as it is not enough to live on there.

Here the cost of living is much less and so we can manage fairly well. In seven years time I should start receiving my state pension - unless they change the goal posts again! It won't be very much, I gave up work to look after my children at a time when the cost of childcare exceeded the wages I could earn. When my children reached school age I went back to work. Later due to illness I worked part time and then I became self employed so my contributions towards my pension were never consistent. I will be grateful for whatever the government gives me when the time comes. Steve is younger than me so his state pension will be even longer in coming. 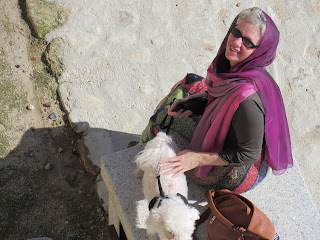 For now, we budget. Last year I wrote down all my expenditure on food, both for us and the animals. After three months of taking careful notes I worked out the average. 450 euros a month. This includes entertaining friends, dinner and wine, but not restaurant eating out which happens less regularly and usually only when we have visitors. 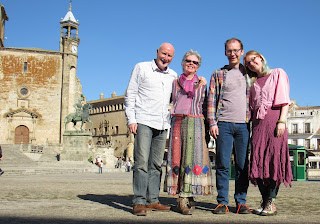 On top of the food bill we pay for internet and we run a car and we have an electricity bill every two months. The electricity expense is difficult to calculate as the price fluctuates and the standing charge rises almost on a monthly basis. Electricity and corruption is a hot topic here in Spain at the moment.  We also pay life insurance. 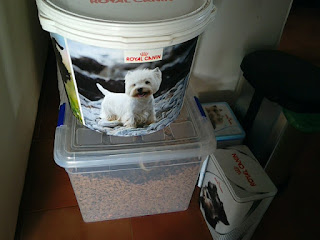 The one cost that has increased dramatically (electricity aside) is the cost of keeping pets. We now have five cats, two of whom are elderly and an aging dog who seems to require some kind of veterinary treatment on a monthly basis. 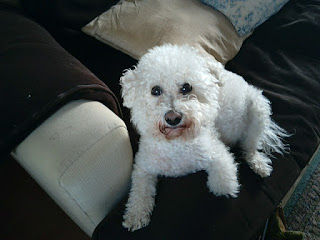 There is no doubt that it is cheaper to keep a pet here than in the UK but as I said, we are on a fixed budget. Fergus has only recently recovered from a bladder stones operation, followed by an infected lump removal and now he has a gum desease that has resulted in the loss of teeth. It's also the start of the parasite treatments which will continue until next winter. Monthly anti-parasitic treatments for five cats is 54 euros a month. The dog is on top of that. You can't skimp on this stuff. 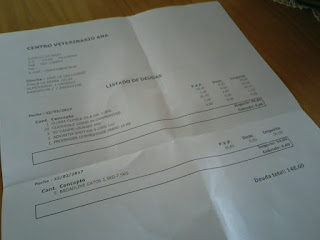 The animals are part of our family and we do not begrudge the money in any way. The returns we get in love and affection and the enjoyment of pet ownership is just huge by comparison to the amount of money we spend, however, as I said, our budget is fixed, and not substantial. 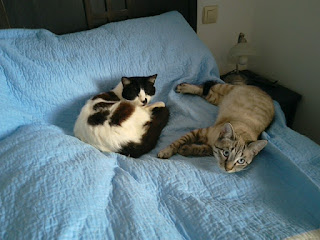 So. Long story short - we are economising. The first step is recording what we spend by writing it down in a book and consulting each other before making a purchase of any kind. The mere act of writing stuff down is often enough to highlight where savings can be made. Now, we could severely cut back, this is an option but for the moment we are just going to be careful. We are going to focus on stuff that costs nothing or almost nothing. Working on the finca, making stuff out of old stuff and finding creative solutions to problems. This kind of thing can be fun and it's very rewarding to devise solutions to issues that don't cost money. And long-term I believe this is how things will have to be. Nothing ever seems to get any cheaper - certainly not the vets bills! 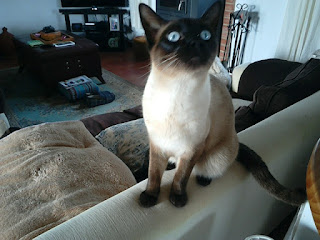 cats What is a Technobilly?