- January 03, 2017
It's been more than four years since I have seen a doctor. I am blessed to be generally very healthy, however over the new year period I developed a urinary tract infection. At first I mistook the pain in my lower back for something muscular and was about to insist we buy a new mattress. By the time the more obvious symptoms appeared it was New Years Eve and I faced a dilemma. Go now as an emergency or suffer over the following two days until surgery opens on the Tuesday.

I did a quick Google search to see if there were any natural remedies. The internet is full of such stuff but I thought if I could avoid the doctors visit so much the better. A weekend of copious water drinking as well as a mixture of cream of tartar in water ensued. The extra fluids definitely helped but by Monday night it was clear that antibiotics were the only way to go. 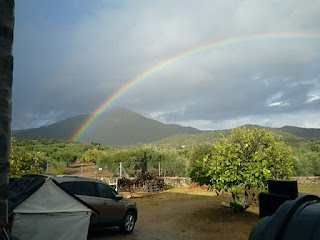 How fortunate we are to be alive in a world full of penicillin. The cause of death on my great grandmothers death certificate is 'cystitus'. In a pre- penicillin world there is no such thing as a mild infection.

Since I am not yet in receipt of my state pension I am not entitled to free health care. We pay for private healthcare but have so far not needed to test it. The nearest health clinic for us is a fifteen minute drive away. Unsure of how it all worked I just turned up.  And that seems to be exactly the way it works, no appointment, you just turn up and join a queue. It looked like I would have to wait a while as there were about 8 people ahead of me. They all seemed to know each other and we're having a good old natter. At one point a photo of a large pig was circulated (to me included) and the merits of the pig discussed. I gathered it was due for slaughter and there was much talk about the best bits! After seeing the doctor no-one actually left until finally one of them announced that it was time to go for churros (breakfast) and they left en masse which meant I was next in line for the doctor. 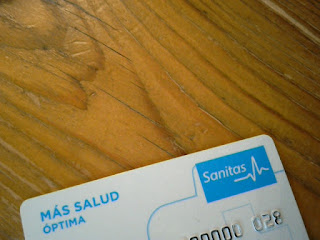 I had my little speech rehearsed but in truth most medical stuff can be done in English and with mime. A quick examination and the doctor confirmed my diagnosis and a prescription was forthcoming. I am now cuddled up on the sofa with a hot water bottle on my belly watching Pablo Albaran on DVD. For those who are interested in a little Spanish romantic music, check this out...
Chit Chat Health and Beauty What is a Technobilly?