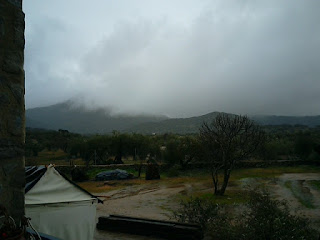 The finca is grateful. 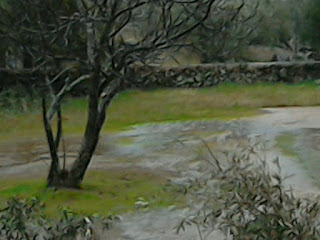 For those who follow sporting events you may know that there is a large rugby event looming. Steve has already downloaded the programme and it is clear that normal life will revolve around the TV for at least two weeks. It is my custom during such events to challenge myself with some creative project. This year I am going to begin my long planned haute couture jacket. 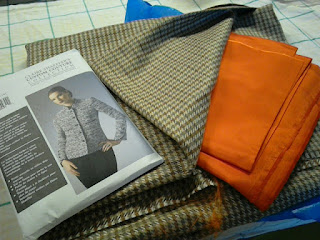 The ultimate goal would be to make an LFJ. This is shorthand for the iconic Chanel box-shaped jacket, since Chanel as a company (fashion institution) are zealots in the protection of Mme Channel's name her iconic style of jacket is now known as the Little French Jacket. 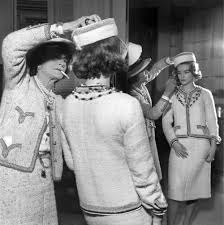 There are several techniques that distinguish an LFJ as different from the run of the mill, the amount of hand stitching being one. And if like me, you cannot afford (or simply on principal would refuse to pay for) an authentic haute couture jacket, then the only option is to make one. 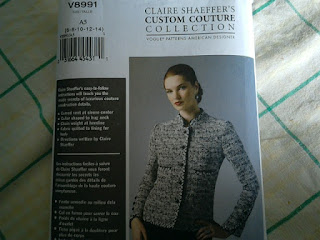 I chose a pattern. This is not a traditional LFJ being alot more American in its style but it is going to be my practice piece. It incorporates many of the couture features I want such as the chain weighted hem and quilting of the lining to the fashion fabric. But the material and lining I plan to use are on the cheaper side. 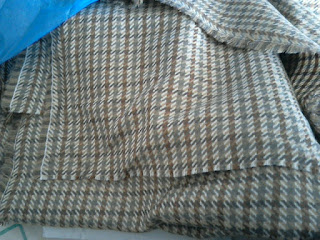 One day, I will invest in a beautiful tweed or wool boucle fabric to make a jacket that will be fought over by my daughter's and grand daughters after I am gone. Yep, a couture jacket from the 1950's could still be worn today and not look out of place or dated in any way. 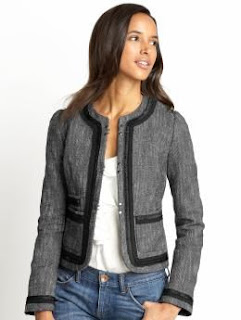 It is the ultimate in wearability, pairing with jeans to make a more youthful look and equally happy with a formal skirt or trousers. It is my dream to own such a garment. 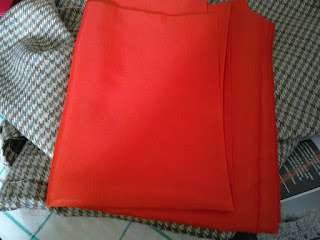 OK so where am I going to wear such a thing? It's true, I don't go out much, certainly not to places where an LFJ would be recognised and appreciated but I have a special event on the cards... my youngest daughter and her boyfriend have announced their intention to marry. We don't have a date yet and they are not in a rush so I probably have time.  This is not a project that will be completed during the rugby, but a start will be made. I'm really looking forward to it!
Crafts Sewing Weather