- December 13, 2016
If you have read my previous post then you will know that we have been having family issues prompting unplanned travels back to the UK. Well the exciting jet setting lifestyle of late ramped up a bit with a message from our son, who had been competing in the Sledge hockey World Championships in Japan, had suffered a back injury (on top of the one he already has) and was hospitalised. With the rest of the team due to fly home the next day he would be left on his own. 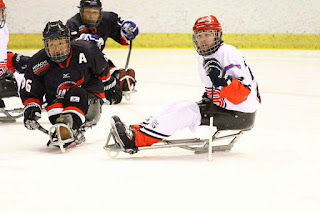 So. 4am the following morning his travel insurance phoned me asking if I could make an 11am flight to Sapporo, Japan. Of course I said yes. And before I know it I'm sat on a plane to Hong Kong trying to sleep while sat bolt upright between two total strangers. 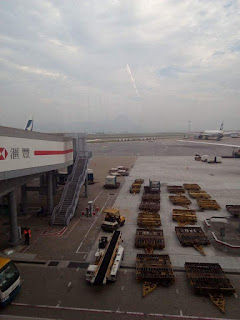 In Hong Kong I have an hour and a half before my connection to Sapporo. I have 20 euros in my pocket which of course I can't spend so I go in search of a cash point. Once I find one I realise that I actually don't know how much money to take out. So I trudge back to a restaurant and establish that 200 HK dollars will buy pancakes fruit and a coffee. By the time I trudge back to the cash point and then back to the restaurant and order my breakfast I have only ten minutes in which to eat it! 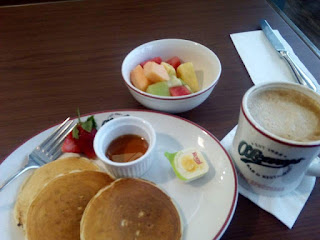 When I land at Sapporo it's minus six and there is snow. So here I am approaching passport control feeling very tired, very cold and a little like a rabbit in the headlights.

It only gets worse when I get to customs and they ask the same questions all over again and then show me photos of hand grenades and knives and ask if I have any of these things in my luggage. Finally opening up my luggage they spy the extra catheters that I have brought for my son and ask me what they are. Of course they don't understand the word 'catheter' so, there's nothing for it but to mime the word 'catheter' in front of a plane load of Chinese tourists and half a dozen Japanese customs officials! Wasn't funny at the time. After that they ushered me through very quickly. 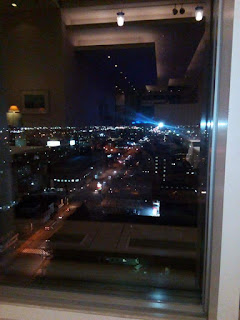 Luckily I was met by a driver who took me to a hotel where I got a phone call from a lady from the Japanese Para Olympic committee who promised to meet me at the hospital. I checked in, dumped my bags and took a taxi to the hospital. The lady waiting for me was the only person who spoke English so far. 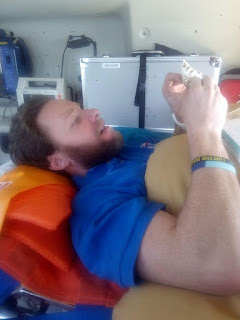 Jonathon needed to move to a specialist spinal unit for a proper assessment of how stable the fracture and how safe he was to fly. It took a while to get this accomplished and the whole thing would have been near impossible without the intervention and help of the Japanese Para Olympic Association whose president was visiting Sapporo anyway and took time out of his busy schedule to visit with Jonathon. 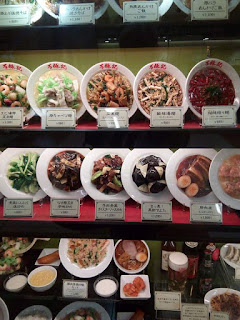 All together I was three days in Japan then scheduled to fly back to the UK on a commercial flight via Tokyo. Jonathon was to be brought home by private air ambulance the following day. 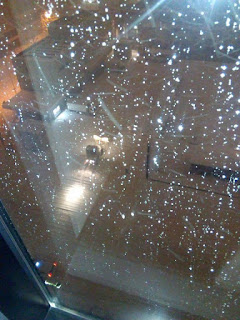 I was picked up by taxi at just after 5am. The view from my hotel window had me worried but Steve texted to say that they were used to snow there.

And true enough when I arrived at the airport and grabbed a cup of tea this was my plane. 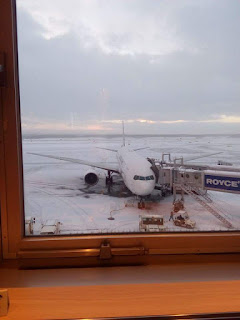 Five minutes later, this was my plane... 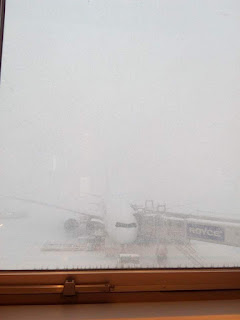 The flight was delayed 45 minutes (little did I know but they closed the airport after my flight took off) but by the time I arrived in Tokyo and then the plane queued for a landing slot I was pretty certain that I was going to miss my connection to London.

Huge hats off to Japan Airlines who held my flight and sent a stewardess to bring me directly to the gate (even though she made me run really fast!!). All the way back to London I wondered whether my son had been able to take off. And it wasn't until I arrived back at his home in Wiltshire that I found out that the air ambulance pilots and medical staff had pulled out all the stops, insisted that they fly and took advantage of the only window in the weather for the rest of the day. His flight was nearly 24 hours because of having to fly at lower altitude and frequency of refuelling, it could have been cut shorter but Russia refused entry and so his stops included Seoul, Shanghai, Mongolia, Azerbaijan, Kazakhstan, Bulgaria and then Bristol. Not necessarily in that order because my geography is bad and he was on drugs! 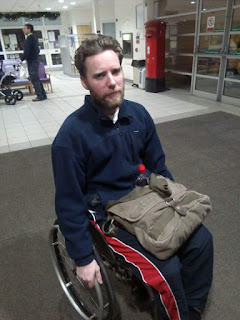 Now he is at home. Exhausted, jetlagged, in a bit of pain and wheelchair bound for a while but still determined to get back on the ice at some point. Sadly team GB did not qualify for the next Para Olympics... they play with huge heart and enormous bravery but no funding at all and that makes a big difference. 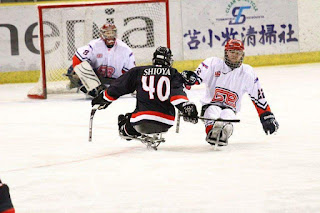 Being a mother can be very difficult at times. I am staying with him until this Friday then I shall fly home to Madrid and hopefully a very quiet Christmas just Steve, me and the pets. Oh and by the way... We still don't have internet at Finca La Reina.
Family life the universe and all that