- June 06, 2016
We have been working very hard in the veggie plot, marking out paths and digging over beds for future use, trying to improve the soil, slowly, slowly it's coming together. 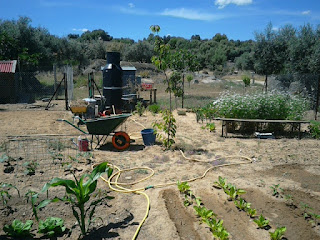 I was blaming the poor soil for the lack of peanuts and corn, that simply did not grow, but then discovered these little dimples in the soil, with definite scrape marks. 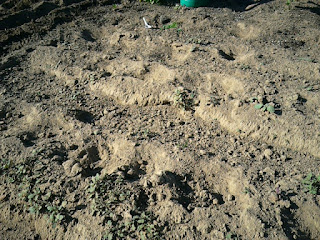 Something has been digging up my seeds and carting them off. My guess is mice. How can I entice my cats into the veggie garden I wondered? There is a water drainage pipe under the fence but otherwise it's cat proof.  No sooner had I thought it than I noticed Molly setting up vigil every evening since, just outside the garden right by the drainage pipe. How clever is that!


And since our cats are getting on a bit and only one of them is really keen on Mousework we decided to get them some help. 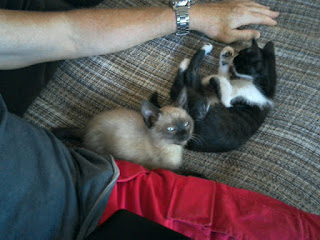 I say we decided, but it actually wasn't quite like that. While collecting Fergus from the vets we were shown two adorable kittens that the vet hand reared and now needed a good home. With faces like that I couldn't say no. 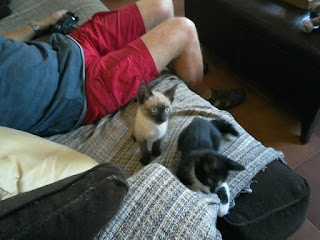 So here's a Technobillies welcome to Bonnie and Clyde who will hopefully earn their keep soon enough! 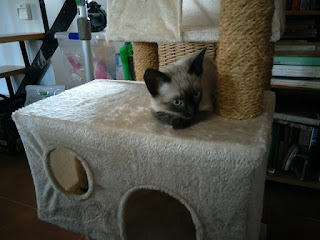 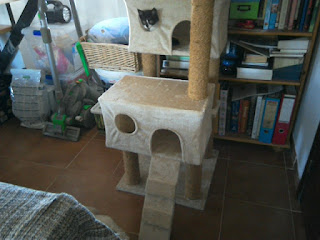 Needless to say the two big cats are a little miffed, one more than the other, but we don't expect that situation to last long. There is plenty of space here for cats to avoid each other and we are certain that things will settle into a tolerant ignoring before very long.

Fergus was a tad jealous until he realised that he still gets the lion's share of attention and now he tries not to look either of them in the eye in the hope that they will ignore him. They, on the other hand are getting bolder and bolder and Fergus has a very waggy tail with a fluffy bit on the end, it hasn't happened yet but you know that it's only a matter of time. 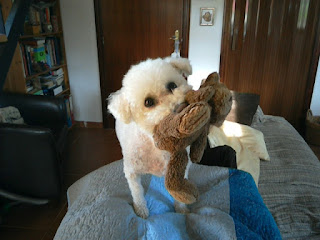