- May 11, 2016
Well it was hardly worth the spring cleaning since no sooner had I finished than the heavens opened and it rained for more than a week solid.  Making all my gorgeously clean windows grubby again! 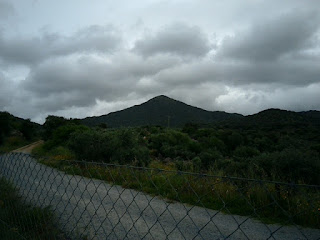 I wouldn't mind but we had relatives staying and its always nicer to show off the finca in the sunshine.  Especially since they came from the UK where the temperatures were higher than ours.  Oh well.  What can you do about the weather? 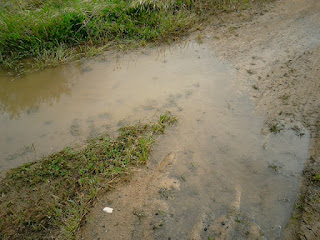 The upside of the rain is that the newly sown carrot seeds have sprouted. 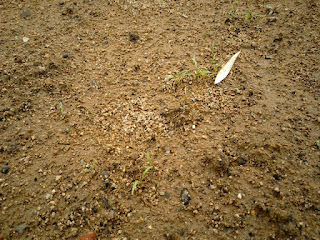 Of the peanuts there is no sign and I think perhaps they won't do anything at all.  Sad.  Especially since I don't know what the issue was.  perhaps too cold. 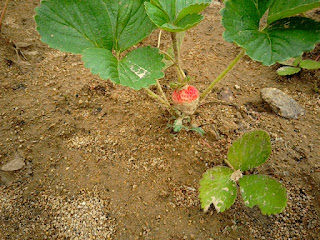 The strawberries are filthy from dirt chucked up by the force of the rain, but very tasty once washed.

The lettuce have been more than abundant and the courgettes are growing nicely.  Should be able to harvest the first small ones in a few days.  Now I just need a little sunshine.  Here's a puzzle though.  I bought a packet of sweet corn seed and planted a row of about thirty.  Five have come up.  Nothing else.  What's that all about?  why would these five grow and not the rest?  Gardening is sometimes a bit beyond me! 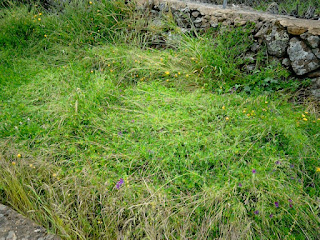 The wild flowers are just about on their last legs.  The rain has beaten it all down flat and with so much already gone to seed the predominant colour is green.  One moment the finca looks a dream of rural idyll and the next its an untidy mess that screams 'cut me' or 'prune me' or 'dig me up'.  Of course nothing can be done until it dries up a bit. 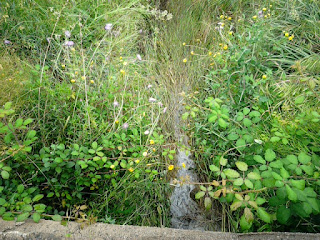 So its back into the house to finish some sewing jobs in front of the fire, yep you read that right, the fire was put on for our visitors who are feeling chilly!  Unheard of in May!
Gardening holidays life the universe and all that Spain spring Weather