Chickens and Life and Death

- May 24, 2016
Before coming to Spain I didn't know if I would be able to rear and eat my own hens.  I had already kept hens, some of them had names, I cried when the fox got one.  Here in Spain I named only the cockerels.  I hadn't planned on eating the head guy.  But things don't always turn out according to plan. 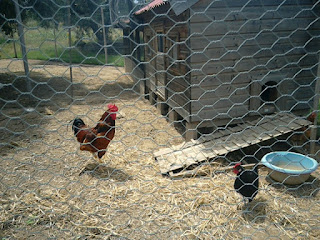 The current aim was to move little Miss White and her clutch of eggs into the broody coop so that she could have some peace and quiet to incubate and hatch the eggs.  But fox proof space is at a premium here and we decided to cull the non productive hens (2) and the old cockerel (Raul). 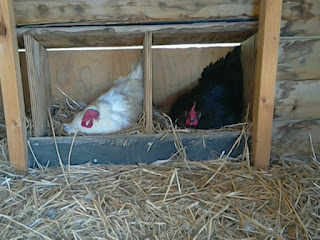 Our first mistake was setting the day of the cull nearly a whole week away from the decision to kill them.  It was a week full of worry and sleepless nights while I wrestled with my conscience.  Every day going over the reasons why the cull was unavoidable and worrying over whether I could eat them or not. We have culled young cockerels before, but we had not had them long and someone else did the actual killing.


In the end the thought of killing them and simply discarding the bodies was worse than the thought of eating them.  Eating them, making the best, most delicious meal that I could, seemed to be the only way of honouring their lives.  Their purpose.  So this is what I did. 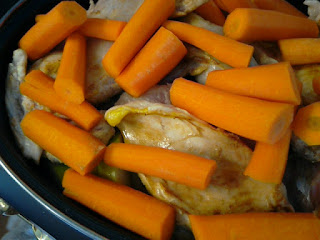 Jointed and cooked in cider with apples, onions and carrots.  Cooked long and slow (6 hours in total) and then left to cool.  The stock turned to delicious jelly overnight and then I cut the meat off the bones, strained the jelly stock and froze half for a later meal (I'm thinking pie). 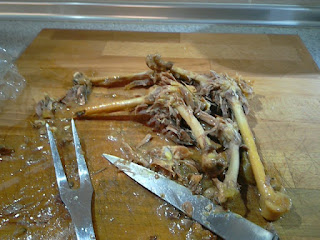 Heated through (another hour and a bit of slow bubbling) with more cider added to loosen the stock.  Served with mashed potatoes and broccoli.  And a glass of white wine to toast the birds.  And whatever you may think.  We feel pretty good about this. 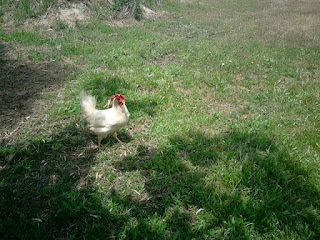 Now.  After the cull, we allowed the two remaining older hens (still laying) to join the younger flock.  They have lived side by side looking at each other through a fence for more than a year, but they still had a bit of a set-to with Mrs Alpha hen.  Luckily the young cockerel (Mac) stepped in to break up the fight before there was any bloodshed.  He then set about letting the new girls know who was really the boss.... its possible that the old brown hen is his mother but what's a bit of incest between hens?  Nothing much to worry about apparently. 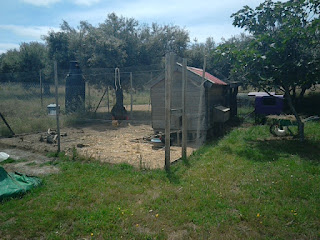 Meanwhile, we attempted to move Miss Broody White to the broody coop with her eggs.  She didn't like that.  And in fact refused to sit back on the eggs.  We tried to force her into the coop and shut her in but she made such a fuss we were certain that she broke some of the eggs.  Sadly we left her alone and hoped that she would sit back down of her own accord,  But nope.  A couple of hours later we put the cold eggs in the bin and let her rejoin the rest of the flock. 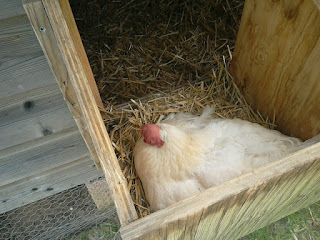 Two hours later and she is sat back on the original empty nest and refusing to move.  We put six newly fertilised (hopefully) eggs under her and left her be.  48 hours on and she is still sitting.  We have decided to let her take her chances with the other hens, at least until the due date (11th June) when we will exclude the rest of the flock rather than move her.  The only remaining worry about this is that the last time we had a hen hatch a clutch on these particular nests, during the night one of the chicks fell out of the nest and it was too high to get back in, so it died.  We felt the loss deeply.  We blamed ourselves for not providing a better nesting site for them. 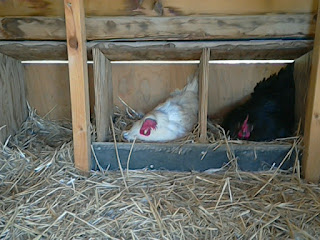 There is another concern.  Several hens from the rest of the flock have taken it upon themselves to lay eggs in beside Miss Broody White.  We have marked the original eggs so in theory it should be simple to remove the new ones on a daily basis.  Except we don't always see when Miss Broody White gets off the nest and we don't want to disturb her too much.  And... if she has sat on eggs even for just a day, does this mean that the eggs wil have started to develop?  I don't want to be cracking open a partially baked chick... that might put me off eggs for a long time! 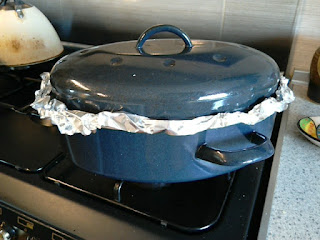 I bet you thought keeping hens was easy!  Keeping any animal, whether pet or livestock is a huge responsibility and not one to be taken lightly. However since our Coq au cidre was absolutely amazing and the chicken we buy in the supermarket does not taste this good. (Nor do we cook it with anything like the reverence we should).   I am now very tempted to raise meat chickens. Plans are already afoot for ducks. But as with everything else here, it all takes time and usually involves building work. (Shhhhhhh! Don't mention another building project to Steve). 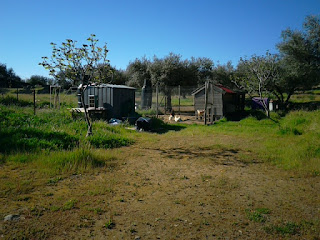 Animals Chickens Cooking Farming life the universe and all that Spain spring What is a Technobilly?