- February 20, 2016
Normally I don't post too much about food here on Technobillies as I have two other blogs (yes two, am I mad?  Well that's another topic altogether!) devoted to food, Food from the Finca where I post recipes which are vaguely seasonal since I categorise them by month and I tend to use what is in season/on the market at that particular time.  The other food related blog is the Cavewoman Cooking site where I am learning to use fire for cooking.  This is basically me getting to grips with the bread oven and the BBQ.  But here I want to talk more in general about food, and specifically Tea and Sugar.

As winter has just about retreated here in this part of Spain (the birds and the bees think its spring but the weather is taking a little longer to catch up) the annual cold and flu season saw me sicker than I have been for several years.  Certainly since coming to live here. I got a cold which then turned into something vaguely flu like but without the fever.  It hung around for several weeks and as I started to feel better I realised that I had gone 'off' milk.

It would seem that my stomach had had enough of either lactose or milk proteins.  I don't believe I am lactose intolerant but I definitely started having a rather unpleasant reaction (spending all day close to the loo) to milk in my tea.  Well I thought I shall just change over to soya milk or almond milk or one of those other types of 'milky' drink.  None of which tasted very nice in tea. 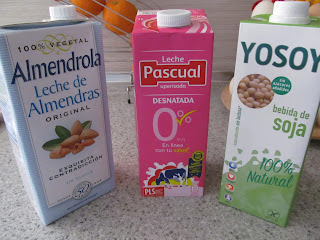 I headed off to the specialist tea shop where I spoke to the nice lady who suggested I try White Tea.  So I did.  I also bought an infusion especially for aiding digestion since mine has always been a bit sluggish.  (Oh and those L Casei drink things that are supposed to help with that also upset my stomach ?). 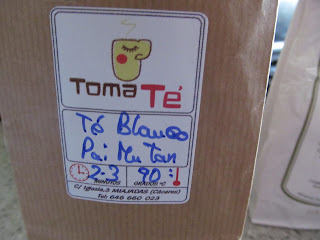 Well its done the trick.  And I have never felt better.  It takes a bit of getting used to, tea without milk.  After being a real Assam-with-milk-and-sugar addict for many many years. 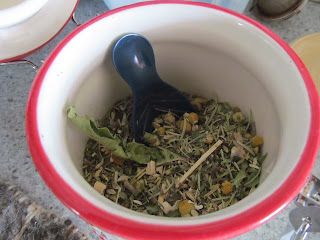 Oh and the side effect of this is that I stopped taking sugar in my tea and started using a spoonful of honey instead.  Honey consumption has gone up hugely (not a bad thing I think) and sugar consumption has reduced drastically and this had a very unexpected result. 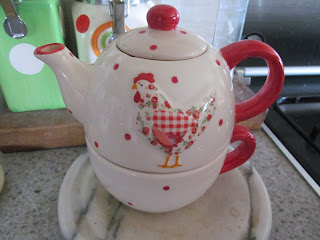 I always knew that sugar was bad for you but I am the sort of person who needs to experience things personally before I actually take much heed.  I also knew that I took too much sugar but since I do not have any weight issues (courtesy of the genes and nothing else) I never bothered too much about it.

Let me tell you, sugar is a drug and my sudden reduction in sugar gave me withdrawal symptoms.  Firstly, headaches - like the worst migraine ever.  Then a bad taste in my mouth - yuk and then, the strangest of all... a feeling of well being and euphoria. 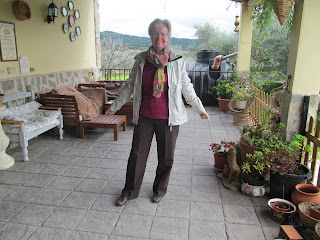 This is apparently the sigh of relief your body gives when you are finally free of the effects of sugar.  I still have the occasional cake and biscuit and I had cereal with sugar on top this morning for breakfast but before I would have had these things and then had several cups of tea with two sugars in each.  So you see I have actually reduced a lot. 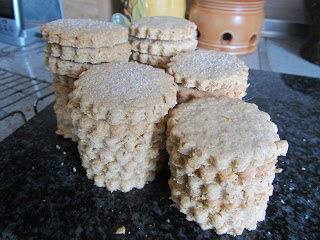 Its been a huge surprise and although I am sad that I no longer feel like drinking my beloved Assam - its just too strong to take without milk - I am enjoying the taste of real tea and even the faff preparing the infusion. 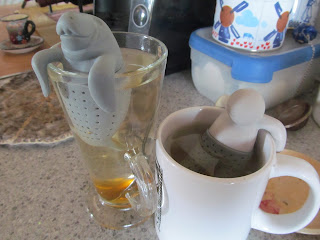 Although Steve has no such issues with the milk (except on the rare occasion when he has coffee at a cafe and they make it with whole milk) he has embraced the no milk lifestyle with gusto, choosing an interesting fruit tea with ginger as his favourite tipple.  Oh and we bought ourselves some fancy infusers to sit in our cups.  I'm the walrus!  I could never have imagined an occasion when it would be appropriate to say that... but there you are!