- February 03, 2016
The harvest being done and dusted (although the trees that we didn't manage to harvest are still carrying olives) it is time to prune the trees.  We have been here three years and the trees have not been pruned properly in all that time, and in fact I don't think they were done for a few years prior to that.

At any rate, it means that a good haircut is long overdue.  We lost a branch from one of the heavily laden trees in early autumn due solely to the weight of the olives putting too much strain on a branch that was allowed to grow out too far from the tree.  We can't afford to have branches just dropping on whoever is passing underneath - even if it is only us. 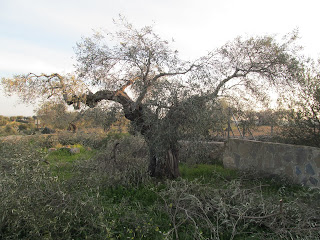 So.  Husband sets forth with a new chain saw on a long pole to reach high up into the trees.  He seems to be having fun. 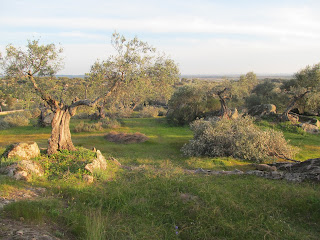 He certainly is producing a lot of wood for next year's winter fires.  The Spanish tend to burn all of the wood that they prune off the trees.  They also clean away the dropped leaves from under the trees leaving the ground as bare as possible.  Then they sprinkle a chemical fertiliser around the drip line of the trees. 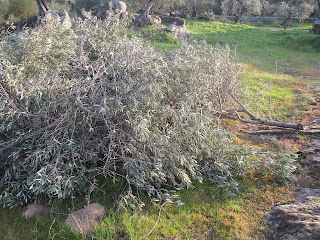 This doesn't make sense to me.  We do not clear away the dropped leaves.  We even mulched the removed suckers one year and put a layer of mulch to the depth of about an inch around the base of one of the trees where I wanted to grow some herbs and the soil there is so good now I am inclined to think that we should be doing that to all the trees. 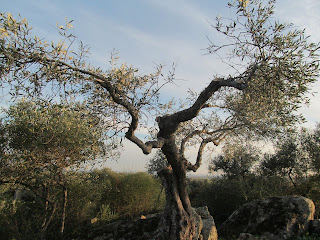 The prunings will be sorted into small bits of thin wood which will be tied into bundles for using in the bread oven.  Larger pieces of wood will be dried out through summer and then stacked ready for using during the winter. 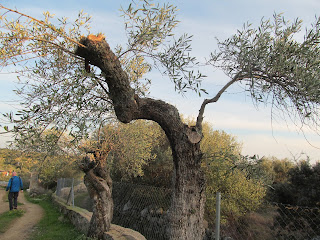 There will be a few bits of rubbish wood that will be burned right now but most of it will be put to good use.  I don't really like the trees so harshly pruned.  They are not quite as pretty to look at, although it does reveal the beauty of the trunks.  I have to remind myself that just like hair, they grow, and they only get a severe pruning like this very occasionally.  In the long run it should improve the yield and extend the life of the tree. 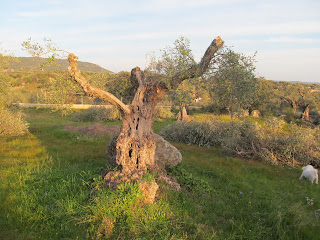 Although we have had some lovely sunny days for the most part we are still getting dull and foggy mornings which makes me feel like its still winter but spring is definitely here.  Just a few of the flowers that are blooming on the finca right now... 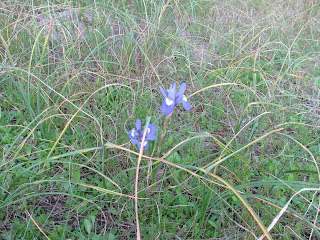 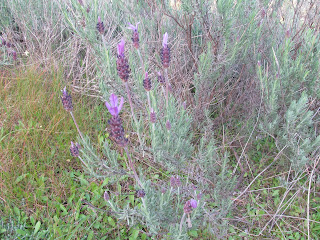 And then there's this stuff.... 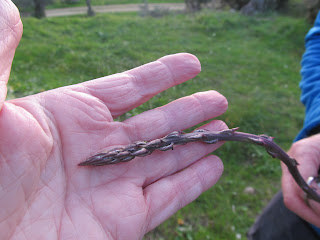 It's wild asparagus.  It usually grows green... I don't know why this year we keep finding dark red asparagus.  Anyway, you can eat it when its young like this but don't get excited, it doesn't taste at all like the cultivated variety.  Its rather bitter and actually needs a lot of disguising in order to make it palatable. 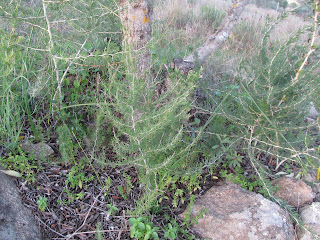 If you don't get rid of it when its young, it grows up to be like this stuff above.  Very very spiky and we hate it so we try and get rid of as much as we can.  We sometimes feel like we are fighting a losing battle on the asparagus front.

More wild flowers on the finca.  I don't know their names, but they are so pretty. 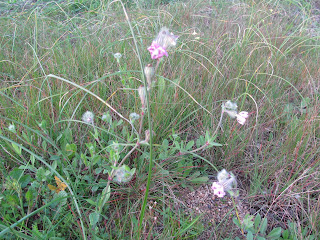 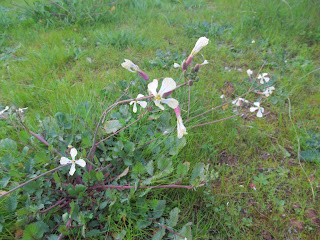 Below is a single bloom on a gorse bush.  When spring really kicks in the whole bush will blaze like fire.  I love it! 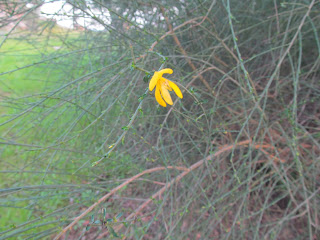 This yellow stuff has also bloomed all over winter.  We don't know what it is but it resembles a wild rape so it may be of the same family. 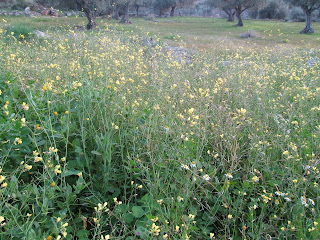 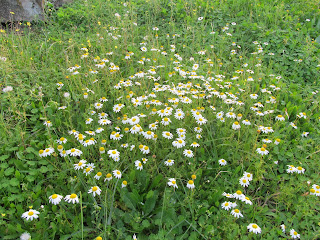 The rosemary is blooming too. 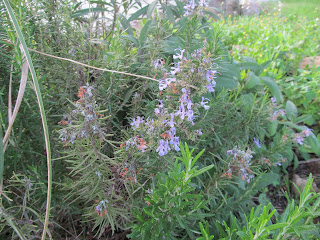 This is real pretty. 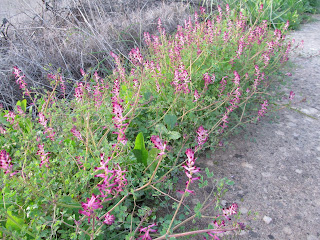 These open up when the sun shines. 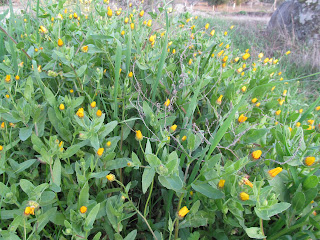 This is a thing a bought last year to brighten up the summer garden, its supposed to like it hot hot hot, but it has bloomed all winter too. 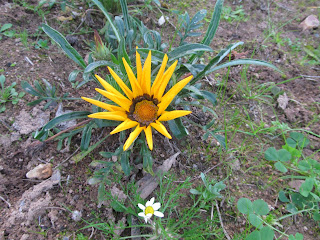 I bought these too.  Sorry I can't remember their name - I am so bad - they have also bloomed all winter. 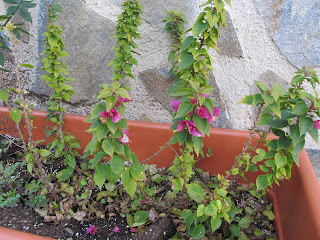 In fact it has been such a mild winter my roses have bloomed throughout, although they used to be quite a dark pink... what's happening there I don't know... 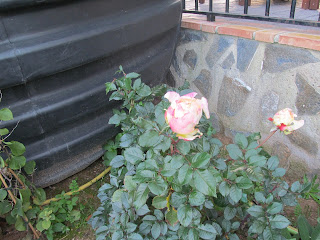 The only downside to the spring thing is the length of the grass.  Normally I don't let Steve cut it until after the wild flowers have set seed but I think this year we shall have to cut it very soon and hope that we get a second flush, otherwise we will be playing at The Borrowers by March!