- January 25, 2016
When I was young I lived and worked in London for a while.  I worked in a small Hotel in Kensington.  It is still there, refurbished and reinvented and very swish but in the 1970's it was slightly faded, had definitely seen better days and boasted being the first hotel in London to get a lift.  I doubted that, but the lift was old, it required a member of staff (suitably uniformed) to operate it.

I worked as a housekeeper and as such I had keys to various store rooms and linen closets that all seemed to be stuck in a Victorian time warp.  One was full of table oil lamps, with beautiful green glass shades.  When they were last used I didn't know and I couldn't imagine that they would ever be used again but there they sat.  Anyway, while I worked there the dining room had a bit of a refit and about a hundred white damask table cloths were consigned to the linen cupboard, ostensibly never to be used again.  I spoke with the manager of the hotel and asked if I could buy one.  He said yes and the princely sum of £5 (not cheap in 1976) was exchanged for a banquet sized damask table cloth. 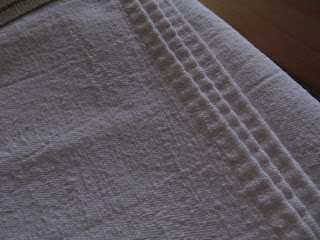 Now I didn't even own a table.  I lived in staff accommodation in the hotel.  But I just wanted to own a damask tablecloth.  It was far from new but it was snowy white and felt luxurious.  Forty years on that table cloth has adorned most of my Christmas dinner tables as well as being used for almost every significant dinner or food related event of my entire married life.  It has been washed on the hottest machine setting umpty umpty times and always came out pristine until now.


A huge red wine stain - even though it was soaked almost immediately (or as quickly as we could get the dishes off the table) has left a purple stain smack bang in the middle.  I kept it in the drawer for several months while I decided what to do about it.  Finally I made up my mind. 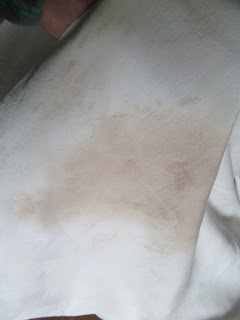 I cut it (oooh that was a hard moment) into napkin sized pieces and hemmed the edges. 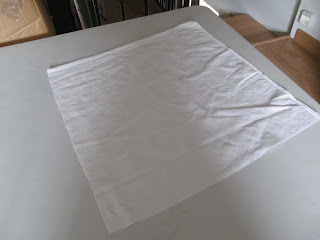 It was tough to sew.  What on earth is it made of?  As far as I can tell its cotton or linen but it could be blended with silk.  I don't know.  I don't even know how old the tablecloth was when I first got it.  I actually broke two needles (needles designed for sewing jeans I might add) trying to sew a turned edge on the side, until I decided to turn it over just the once and then do a semi overlocked edge stitch on it.  That worked better. (Bless the new sewing machine). 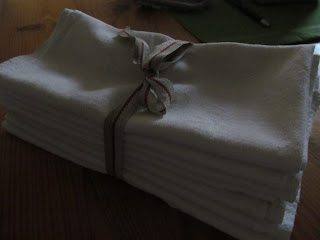 Now.  Which is more ecologically friendly?  The new damask napkins or paper serviettes?  My guess would be the damask napkins but then I do have to wash them, which means washing detergent, hot water, electricity. 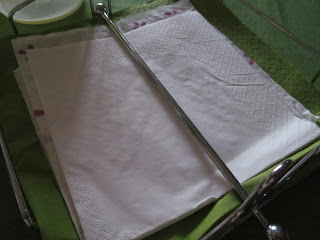 The paper serviettes cost money each time and although in theory paper can be composted, I never put used serviettes on the compost heap because they have been used to wipe grease or perhaps meat juices from sticky fingers and lips - not really what I want on the compost heap.  But I do wonder sometimes if in trying to be ecologically friendly I am in fact just giving myself extra work for a miniscule gain. 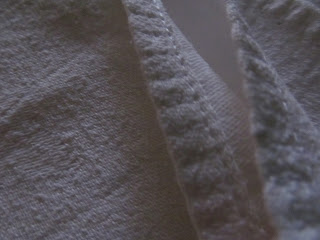 My normal take on things is usually centred around saving money.  I don't like wasting money if I can help it.  So it feels to me like its cheaper to use the cloth ones.  But it might not be.  But certainly the damask has a very decadent feel to it and it will add to the enjoyment of my meal I am sure.  And I don't feel quite so sad at the demise of my tablecloth knowing that I can still use it in some fashion.  Life moves on, things change and even though sometimes that can be sad, it's what happens.  Re-using, re-purposing and re-fashioning old stuff dulls the pain just a little.

Crafts History What is a Technobilly?