- January 03, 2016
I was less than prepared for New Year.  Given some fabulous tartan fabric by friends on boxing day with the comment that it had lain under the bed for six years and perhaps I could do something with it?  Now there's a challenge I thought.... along with the invite to the same friends house to bring in the New Year I decided to make a skirt for hogmanay. 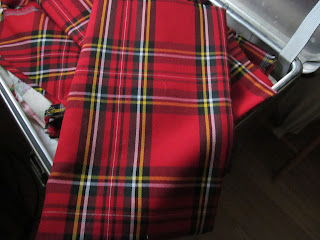 Once our visitors had all left we returned to olive harvesting and then on New Year's eve I remembered that I still had to make a skirt with the tartan fabric.  I got out all my patterns and the pattern I had first thought about using wasn't really suitable for material with checks - too much work to match all the pieces so I chose a festive dress pattern and set to work.

Once all the pieces were cut out I realised that the tartan frayed a lot so I thought I would overlock the pieces before sewing.  Except that my overlocker seemed to have other ideas and I couldn't get the tension right.  No matter how I turned the dials I ended up with broken threads and hours of re-threading, consulting the manual, adjusting the tension and along with a lot of cursing and swearing lunch passed me by and Steve retreated out of the house to the safety of the olive harvest. 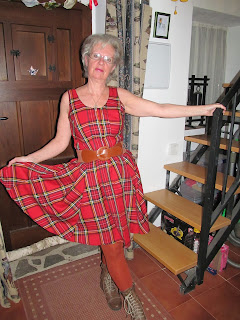 By 4pm I still hadn't managed to sew a single seam and I started wondering if I would actually get the dress done.  After announcing that I couldn't possibly make any food I got the old machine out and just went for it.  By 8:30pm I had a wearable item.  And by midnight we were with friends enjoying great food, great company and a HAPPY NEW YEAR!  We of course celebrated again at 1am (UK's midnight) with another glass of bubbly and then it was home in the dark down the wiggly windy lanes, giving a lift to our Dutch friends from the village (who were on their way to the Centro Civico and more music, dancing and drinking, they told us later they got home to bed at 7am after a brilliant do!)... 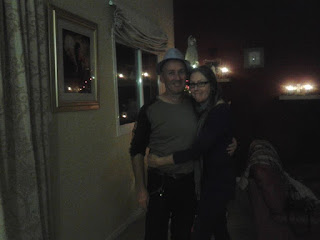 It appears that we are such light weights these days.  New years day was spent nursing huge hangovers and contemplating doing some work but not actually doing very much at all.  Ah this is the life we thought. 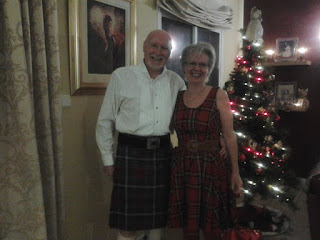 Now that it is 2016 my new years resolutions if you can call them that include improving the veggie plot.  Its been a long term goal and I must admit I have worked at it a bit haphazardly, mostly out of despondency at how slowly it was coming along.

Here you see what I mean.  The peas are growing very well (this photo was taken a while ago, they are in fact much bigger now) and also flowering but there has been no sign of any pea pods.  Not a single one.  What is going on there? 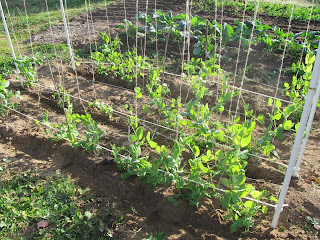 The cauliflower and broccoli is likewise growing with great gusto, huge leaves, very green and fleshy looking... not a single head on any of them!  What???????? 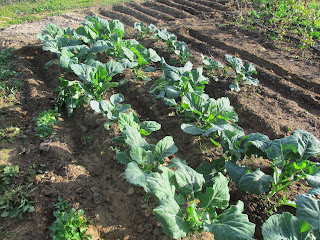 It would seem that the weather has been too warm for the winter veg... but the peas?? who knows, perhaps a lack of bees... although I have seen many bees on the little yellow flowers that are blooming all over the grass.  The garlic at least appears to be doing well. 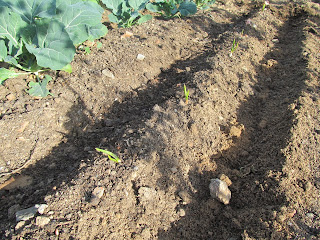 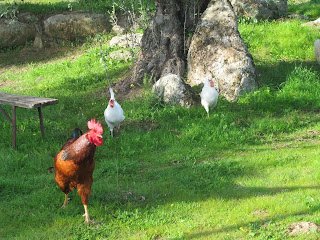 We are also getting loads of eggs... I mean about 7 every day!  We are giving away as many as we can and eating egg lunches at least every two days and still we have more eggs than we know what to do with! 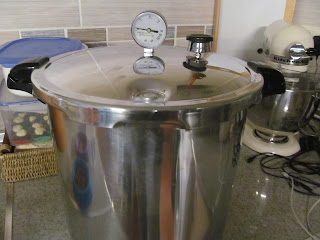 I know it looks just like a pressure cooker - well... yes, that is what it is, but more accurately, it is a Pressure Canner.  This means that I can jar low acid vegetables and meat.  Why do I want to do this?  Well firstly, our freezer is not large.  We debated getting a bigger freezer but then its more electricity and at the time we expected to be converting to solar power.  It is still possible that we will convert some of our electricity usage to solar but at the moment we remain firmly on the main grid.  Canning would be the next best way of keeping gluts of veg (mmm yes... like my peas and cauliflower!) as the jars can be stored in the cupboard.  The long term goal of all this canning and preserving is to cut down on food bills and have fewer trips to the shops thereby cutting down on the fuel bills too. 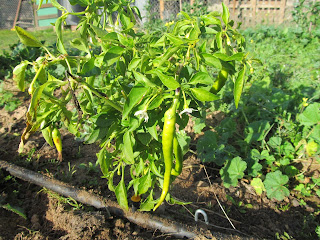 This will also free up time - which is more valuable than money - but of course the actual growing of all this excess food will take up a lot of that time.  Provided I can get to grips with the veggie plot!  But that's the plan for 2016.  If I can't grow it then I shall buy it in season when its cheap.

Other plans are to finish the many craft projects that are half done before beginning anything new.  Such as... combing the remainder of the sheep fleece, spinning the remainder of the sheep fleece, dying some of the wool, using the huge stash of fabric that I have by making the projects that I first bought it for. Planting more fruit trees, planting more flowers mmmmm I think 2016 is going to be much like 2015 was.  Great! Bring it on!