- October 18, 2015
I have been holding off of telling you about our latest building project in the hope that it would be finished by now and I could do a 'ta da' reveal for you.  Well... that's not going to happen any time soon so I thought I should show you all that life isn't always so chilled and stress free here in sunny rural Spain. 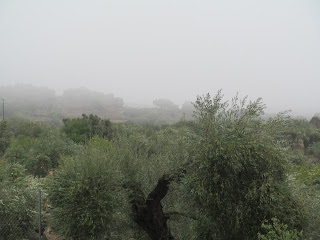 Firstly... sunny it isn't, but that's a good thing, we really needed the rain and boy have we got it... it only took two days to fill the 6,000 litre rain butt that takes the run off the roof.  The overspill is cascading down the drive making puddles and rivers as it goes. 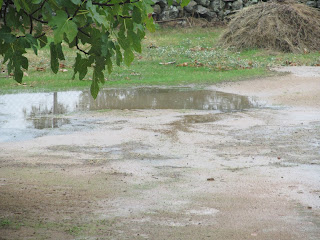 Our building project in progress is an outdoor kitchen.  We already have a bbq area but its quite a long way from the house down at the campsite end of the finca and it really isn't practical if you forget the ketchup so we drew up plans for a very simple, rustic kitchen with bbq and bread oven at the end of the veranda.  The bread oven is something that I have dreamed about for many many years.  In fact, since I started making bread and wondered why the photographs in all the books showed such crispy crusts on the bread when mine turn out slightly different... still nice, but not quite what you would get from baking in a wood fired oven. 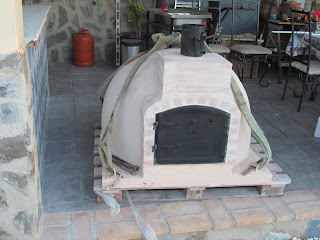 Initially good progress was made and we ordered the bbq and bread oven and they waited at the local builders merchants while Steve did the tiling. 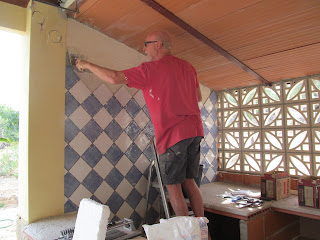 It was important to get this wall tiled before the oven goes into place.  Sadly we waited several weeks for the tiles we had chosen to turn up but eventually they did and the tiling began..... and then was finished.  Excitedly I called the builder and told him he could install the bread oven now.  They got it to the house and even as far as the veranda but it was too heavy for even five of them to move and so there it sat until the builder went away to think about what he was going to do. 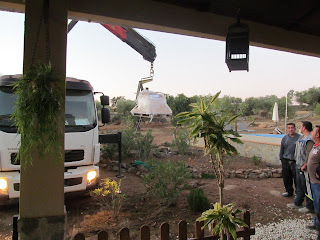 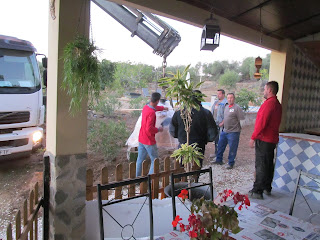 Two days later he returned with a hoist and some metal poles.  This is building the pyramids type technology and there is no reason why it wouldn't work.... 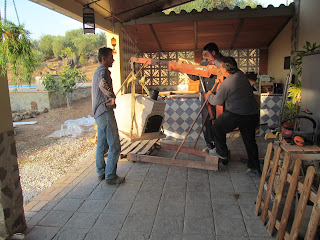 ... provided you have maintained your equipment in good working order... i.e. the hoist which broke while the oven was in the air and the whole lot came crashing down onto the veranda. 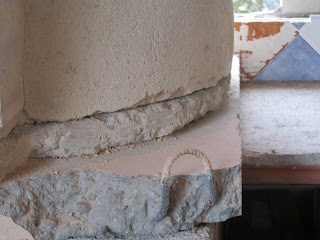 The base upon which the oven is built and which houses the lifting rings smashed into lots of pieces.  The oven itself separated from the base and shifted about half a centimetre off centre.  The back up plan (I wouldn't mind but the back up plan was mine... and I wish I had insisted on them just doing it my way from the start) is to demolish the wall they just built and use a forklift to position the oven in place. 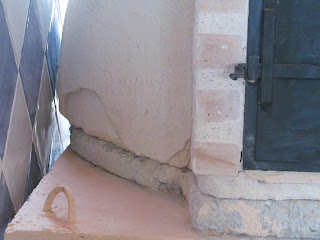 The back up plan worked, but by this time I was half way down the lane to the village walking very very fast.  I had to leave, I couldn't watch, I was terrified someone would end up with a bread oven squashing a vital part of their anatomy... but that didn't happen thank goodness.  The oven itself looks intact but we are not sure if the shock has interfered with the integrity of the oven.  The word from the manufacturer is that it just might crack when its fired up. 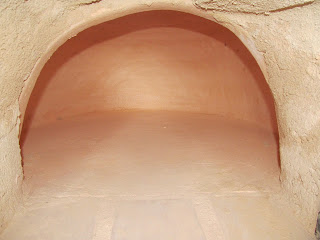 I can't tell you how awful I feel.  The oven is in, the wall is being rebuilt and the builder is going to repair the joins using special concrete for coping with heat.  He said he'll make it alright.  But still - I have a sinking feeling whenever I think about it, or look at it.  The excitement and joy I felt as the kitchen neared completion is now overcast with a gnawing in the stomach kind of anxiety. 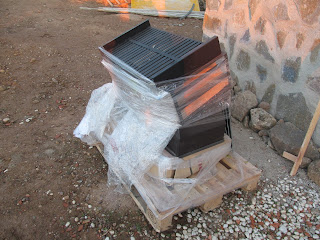 The bbq is still to be built.  It came without instructions so the builders merchant got a photo from the manufacturers and sent it to our builder's phone.  Sigh.  We had piled all our veranda furniture to one side to make room for the building work and then it rained overnight and the wind blew all the water in and soaked my furniture - which was covered but not with anything waterproof.... and to top it all.... 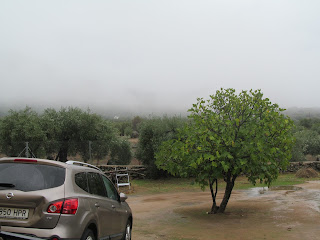 My mother in law arrives tomorrow....  I did so want to have the place looking perfect for her.  Ah well I reckon Rabbie Burns had the right of it...


But Mousie, thou art no thy-lane,
In proving foresight may be vain:
The best laid schemes o’ Mice an’ Men
Gang aft agley,
An’ lea’e us nought but grief an’ pain,
For promis’d joy!
Still, thou art blest, compar’d wi’ me!
The present only toucheth thee:
But Och! I backward cast my e’e,
On prospects drear!
An’ forward tho’ I canna see,
I guess an’ fear!
Autumn Building Chit Chat Spain Weather