- September 16, 2015
After the long hot summer the weather has finally broken and thoughts turn to autumnal stuff.  I know that those of you who have had a wet and possibly dismal summer will be envious of our guaranteed summer heat - and it is part of the reason we moved here, but you can get too much of a good thing.  We have had weeks and weeks of relentless sunshine which turns the grass first to yellow, then to a burnished brown and finally it just seems to disappear leaving a fine dust like talcum powder which coats everything in a brown sheen.  Even hardy mediterranean plants like rosemary and thyme start to dry at the edges and no matter how much you water them it's apparent they are really struggling to survive. 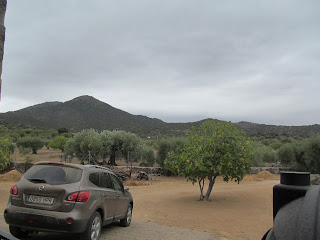 Several times we got excited by the weather forecast as rain was predicted for the days ahead, only to be disappointed as the forecast changed to sunshine.... again.  But finally after a day of cloud.... 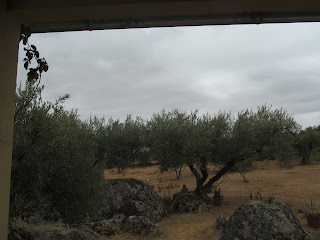 .....today we have a gentle, intermittent light drizzle which is damping down the dust and refreshing the leaves of the trees and making us all feel cold, yes cold!  After the high summer temperatures it's only 20C today and I am in long sleeves for the first time in several months.  So.  We are stuck inside, what to do?

For me, preserving of course.  It's part of what I came here for after all.  Truth be told, it hasn't quite worked out how I thought it would.  I imagined a large pantry full of preserves and produce from the veggie plot.  Er... nope, not yet.  But I'm still working on it.  I noticed the first mandarin oranges in the supermarket the other day and since we have a couple of invites to lunch later this week I thought I would make some spiced oranges in brandy as gifts.  The full recipe is on Food from the Finca for those who fancy trying it out. 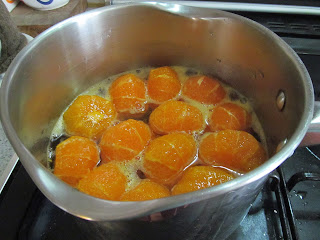 I then realised that my bottling and preserving stuff has been sadly neglected over the last couple of years.  I was foolishly waiting for my garden to start producing well and of course it hasn't. 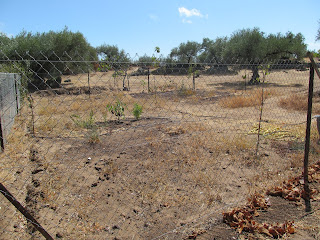 Silly me.  When veggies are in season here they become really very cheap and you don't have to grow the stuff yourself to have a pantry full of delicious preserved goods.  I should have been jamming, chutneying and bottling like mad.  Don't get me wrong, I have made some chutney and the odd jar of jam - but nowhere near self sufficiency levels. 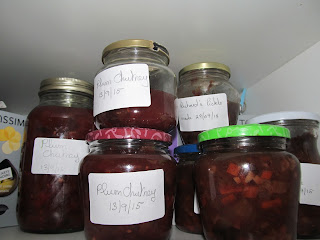 It does make sense both in financial terms and in the feeling of satisfaction that you get when you know that your cupboard is full of food and you don't actually have to go to the shops unless you want to.  Several things, not just the lack of home grown fruit and veg, have hindered my start on the preserving.  Not enough preserving jars:  I imagined that I would be able to buy preserving jars here in Spain quite easily - why did I think this?  They are hard to find and when you do find them they are very expensive to buy. 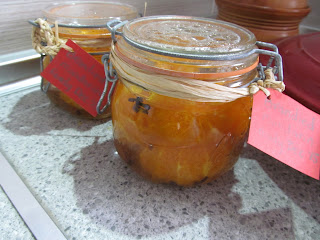 Lack of pantry space: not only do I not have a huge pantry for storing my produce I haven't actually got any space for storing the empty jars either.  This is only partly true.  I have stored them in boxes and shelves but they are very higgledy piggledy and I am not able to see if I have enough jars for a particular project and enough lids and seals without a major emptying of shelves, something that takes the edge off the enjoyment of the whole thing. 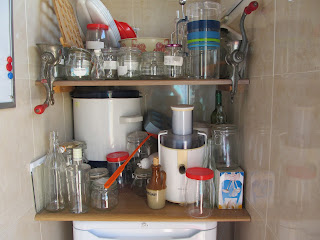 But mostly... I just haven't got my head around the bulk buying, preserving, storing scenario.  So... I did an entire afternoon of searching the web both in Spanish and in English to find a supplier of preserving jars and lids.  The best I found was Lakeland believe it or not.  They deliver to Europe (EU) for just £7.50 no matter the weight of your purchase.  I am now waiting for 50 preserving jars to arrive (7 to 10 days they say... I will let you know how it goes)  it's a large initial outlay but the jars are reusable and the seals are replaced each time you reuse a jar at a cost of pennies. 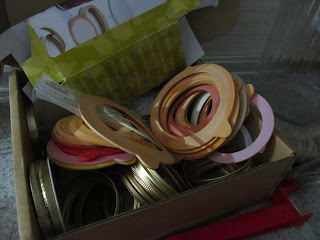 The end goal would be to cut down the amount of shopping trips outside of the village, the petrol used along with the temptations that come with visits to large super stores, all combine to put a hefty dent in the budget.  The full self sufficiency scenario would be a yearly big shop but I think that is very optimistic (if nigh on impossible) for our situation.  If I can cut our shopping trips down to once a month for bulk buying of staples and then do a weekly top up at the village market for the things I don't grow myself, that should go a long way towards cutting the shopping bills.  Of course the gains are not just monetary, when I think of the time spent in the supermarket (which I do not find enjoyable), when I could so easily be doing something more worthwhile and enjoyable at home. 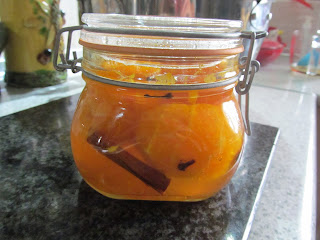 First job - identify the fruit and veg that is in season, at its cheapest, and then work out which/what form of preserving for it would be best. I am going to do a series of posts on this topic on Food from the Finca over the next few months which will help keep me focused.  I envy all you guys in the UK with the apple season just starting... I have some rather good recipes for apples.  They do grow apples in northern Spain... but the choice of apples in the supermarket here is fairly bland... mmmm .... while I'm waiting for my apple trees (currently little more than apple sticks!) to grow up, perhaps I need to talk to my fruit and veg man at the market.
Autumn Farming Preserving Weather What is a Technobilly?