The Heat is ON!

- June 30, 2015
We Brits like to complain about the weather.  Of course its not just us, if you travel at all you will quickly discover that most cultures have a tradition of comment, complaint and general discussion about the weather on a daily basis.  Its just that with the changeability of British weather it gives you more scope for conversation during the course of a day, all the same, for beginners in Spanish such as we are, the weather is a very good place to start with the locals.

The general consensus is that yes it is hot (daily temperatures here at currently around 38C - 41C in the shade of our veranda that is) but also that it's summer so what do you expect?  And at that point there is very little else to say on the subject... unless of course you happen to be British.

The day starts hot, usually after a restless night of tossing and turning and desperately seeking out the 'cold' spot on the pillow or sheet.  Towels are put on our pillowcases to soak up the drips from sweaty heads.  There is a couple of hours of tolerable temperature first thing in the morning when it is possible to get some work done.  It all depends of course on whether you feel up to it, bearing in mind the long hot sweaty night of tossing and turning.  But if you choose to sleep through that couple of bearable hours then you know you will regret it later when you awake reasonably refreshed and ready to do something only to find the air around you has turned to syrup and it is impossible to do anything physical as the heat seems to cling to your arms and legs like some kind of leech that slowly sucks your energy away leaving behind damp skin, wet clothing and a general feeling of malaise.

There is no escaping it.  I am reminded of the film 'Cat on a Hot Tin Roof' but only in so far as the stifling heat... there is no energy here for intrigue, for emotional confrontation or sexual tension... it is simply too hot.  Ah well perhaps if I was younger... 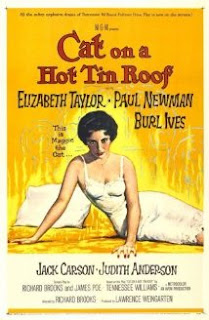 But we are ahead of the game when it comes to preparing the finca for summer.  We managed to get all the grass cut and most of it raked up before the real heat began properly.  There are still some suckers needing cut from the fig trees before we harvest but we are not fussing over it... there is time yet.

Normally we do not have visitors during the hot weeks of summer.  But people don't understand when you say its too hot to do anything and since I haven't seen my brother for four years and I hadn't met his new wife and their holiday times are often unpredictable, we didn't want to put them off.  Yes come when you can we said. 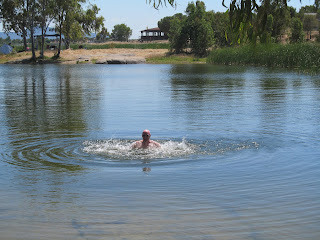 Our guest, my brother arriving two weeks before his wife - due to complicated work schedules, his wife coming later this week, are currently installed in the new summer bedroom where it is marginally cooler than the mezanine bedroom upstairs.  It is still too hot and there are few places to go where you can take the dog with you - we are not able to leave the dog at home alone, long story which I am sure I have explained at some point in the past but suffice to say that we do not leave the dog alone.  We have been to a nearby lake several times in an effort to keep cool - it works for a little while but by the time we get home again we are exhausted.  It would seem that the effort of just sitting by the water interspersed with a little swimming is as physically draining as when we are elsewhere.

Normally at this time of year we would simply lead a Vampire existence... 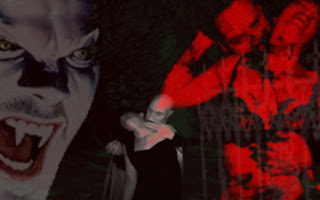 no, not like that... didn't I already explain..?  Its far too hot and sweaty for that.  We find ourselves locked up in the house, all windows and doors and curtains closed going slowly stir crazy thinking of all the things we could be doing (but don't really feel like doing) only to come out after dark when the fiery ball in the sky has sunk below the horizon and the dark or the biting insects making it unlikely that you will actually do anything practical at all.  This is very hard on a hostess when you have guests -  just knowing that they are feeling even worse than you are because they weren't prepared (even though you did tell them). 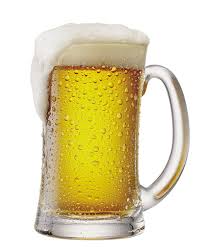 Even simple things like organising food becomes very much harder.  What does everyone want to eat?  Does anyone feel like eating?  There is a temptation to simply snack all day and then perhaps just eat a salad.  This sounds like a good idea but in actual fact it isn't.  Combined with the inforced inactivity the snacking just puts the weight on and having a simple salad might make you feel like you are eating healthily but the truth is you aren't.  There is also the temptation to drink lots... and not just water which would be a very good option but we consume a lot of both fizzy and non fizzy sweet drinks and also a fair amount of beer.  There is nothing quite like an ice cold beer after a long hot day. 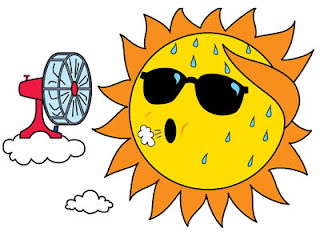 Tempers can also fray a bit.  We find ourselves being inexplicably grumpy about stuff that normally wouldn't even raise a comment.  The heat certainly makes you irritable and that sets off everyone around you.  The thought of a bit of rain, of a few clouds perhaps spurs you on to check the forecast and there is inevitable disappointment as you see a row of bright yellow star shapes indicating another whole week of sunshine ahead.  Ah how things change we muse.  One of our reasons for moving to Spain was to guarantee getting a good summer.  We got what we asked for!  However our definition of 'good' has changed somewhat and like the Spanish we are now simply battening down the hatches and we shall endure the heat until the September rains bring us our 'second spring' and the return of the 'good' weather.