- May 04, 2015
We have had a lot of visitors this spring and as the last of them waved goodbye we sat down with a sigh of relief and great plans for a really lazy bank holiday weekend.  We are retired so the fact that it is a holiday weekend is neither here nor there to us, but all the same, it was a good excuse to do nothing... except what we wanted to do... 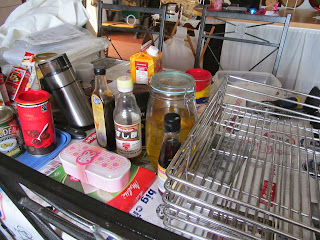 Which didn't include emptying and cleaning the cupboard out because Mr Mouse has come to stay.
Actually I am surprised that this is his first visit since we moved in two years ago... so I guess we are not doing too badly... but with one cat on sick leave (and back in his cage... that's another story... for later) and the other too well fed and too lazy to care, Mr Mouse is presenting a bit of a problem. 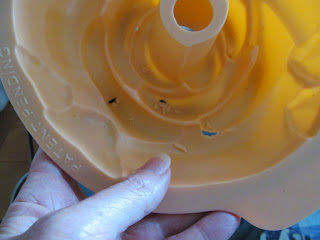 He can only get access to two cupboards... one didn't have any food in it at all, just my baking pans and cake tins.... but he still managed to chew through two silicone cake tins, and not cheap ones either...!  Very annoying. 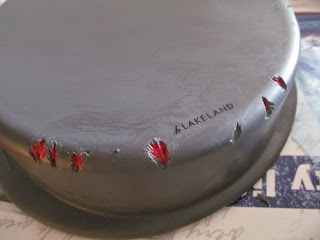 In the other cupboard we keep bottles of olive oil and jars of honey and treacle and a bottle of Thai fish sauce that had fallen over and spilled onto the floor of the cupboard - unnoticed.  Until now. 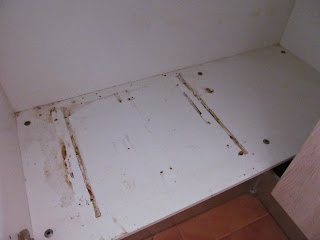 He is getting up into the cupboard from underneath.  For some unfathomable reason the carpenters who measured and fitted my kitchen left some rather inexplicable gaps. 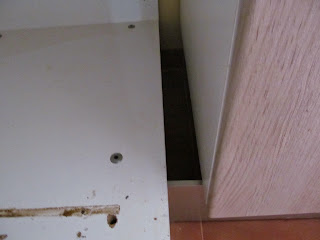 So almost a whole morning was spent in cleaning everything.  Of course Mr Mouse is still here somewhere and as it was a bank holiday weekend we haven't managed to get to the shops for a trap.  So again this morning, the tell tale signs (mouse poo) were all over the bottom of the cupboard.  But at least I know he can't get at the food. 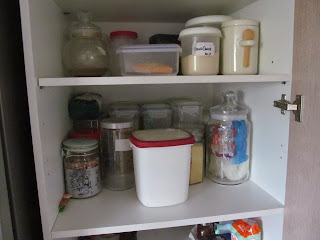 And my main larder cupboard is pretty much mouse proof - because its moths that caused a problem here in the past, laying eggs in dried fruit which wasn't sealed properly and then hatching out nasty grubs... So everything is in sealed containers now... forever... 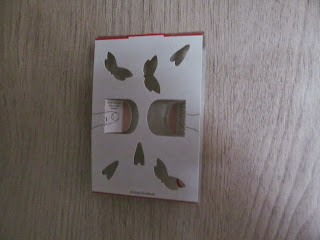 and just in case I don't have a container for everything... there is a moth trap... its a sticky pad of moth attracting feremones that is stuck to inside of the cupboard door... and after the summer it will have lots of moths stuck to it too!

Now there is little point in beating about the bush.  We shall buy a mousetrap and bait it and then that will be that.  There is little chance that we could catch him - and if we did, having found his way in to the house he will only come back.  We could put the cat in the cupboard to wait for him... but that wouldn't be a humane ending... and in comparison the trap is.  This is the reality of living in the countryside, anywhere, not just here in Spain.