- March 24, 2015
The dictionary definition of 'salad days' is a time of youthful inexperience.  I am not sure about the youthful bit but certainly when it comes to gardening here in Spain I would count myself as very inexperienced.

Last year we had limited success with our vegetables - we put it down to paucity of soil and lack of water.  I don't really know what the issue was even typical mediterranean  plants failed on us. This year I have decided to focus more on the big stuff.  Providing shade, establishing perennial herbs and permanent pathways between the vegetable beds and improving the soil.

We have already covered everything in a layer of well rotted sheep manure.  But one application won't be enough.  It will need another load in autumn and several years of adding to the soil before it can even come close to comparing with what we had in the UK.  For shade we have planted more trees.  They are just sticks at the moment but time flies and eventually they will provide shade.  I think it's important to keep a vision of the future in mind while gardening, otherwise you could get very despondent indeed! 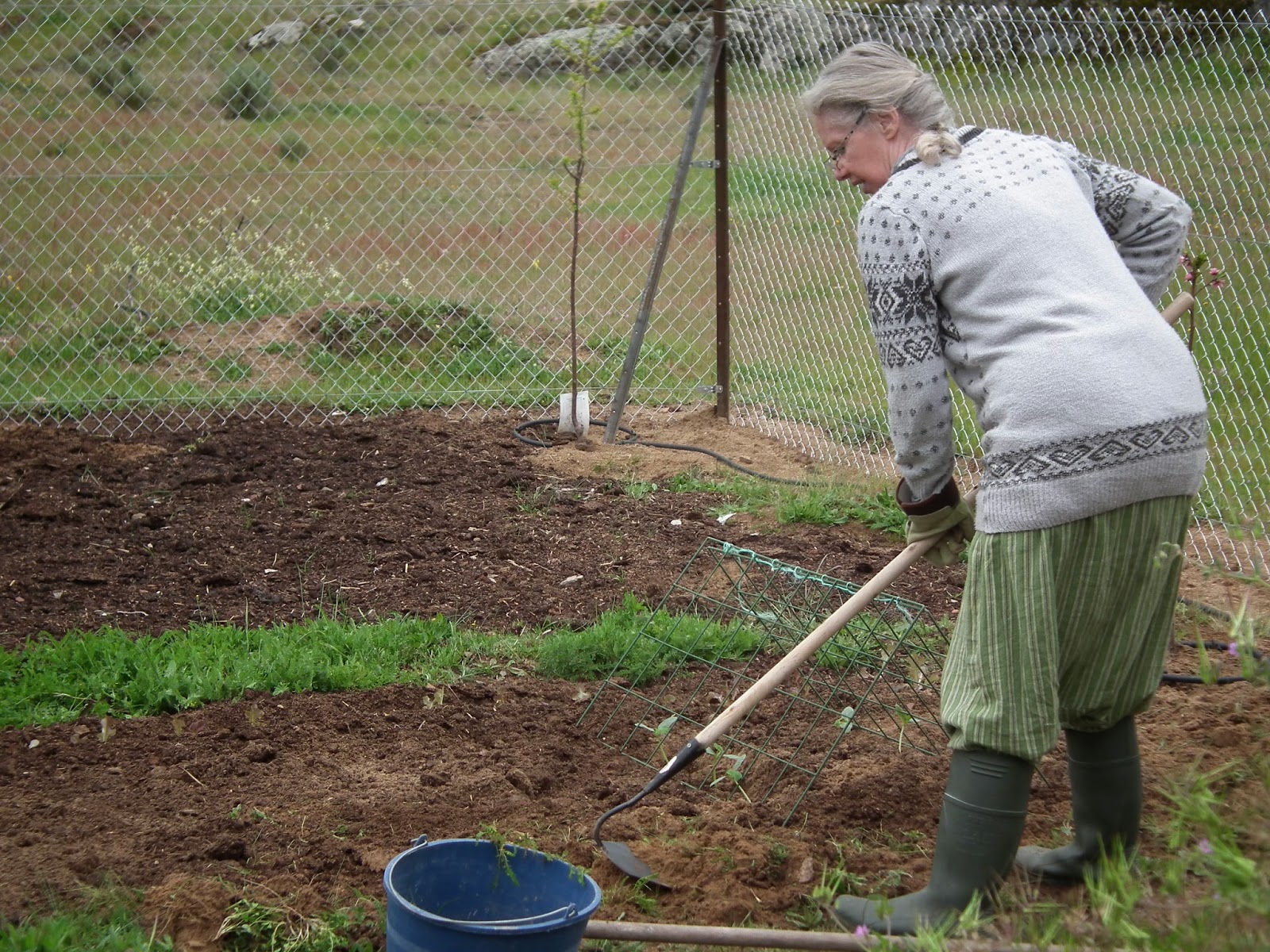 In the UK I wouldn't dream of planting in the lee of a tree but here people do it successfully all the time.  I also have a gazebo and a movable sail which can be positioned to cast shade where needed. 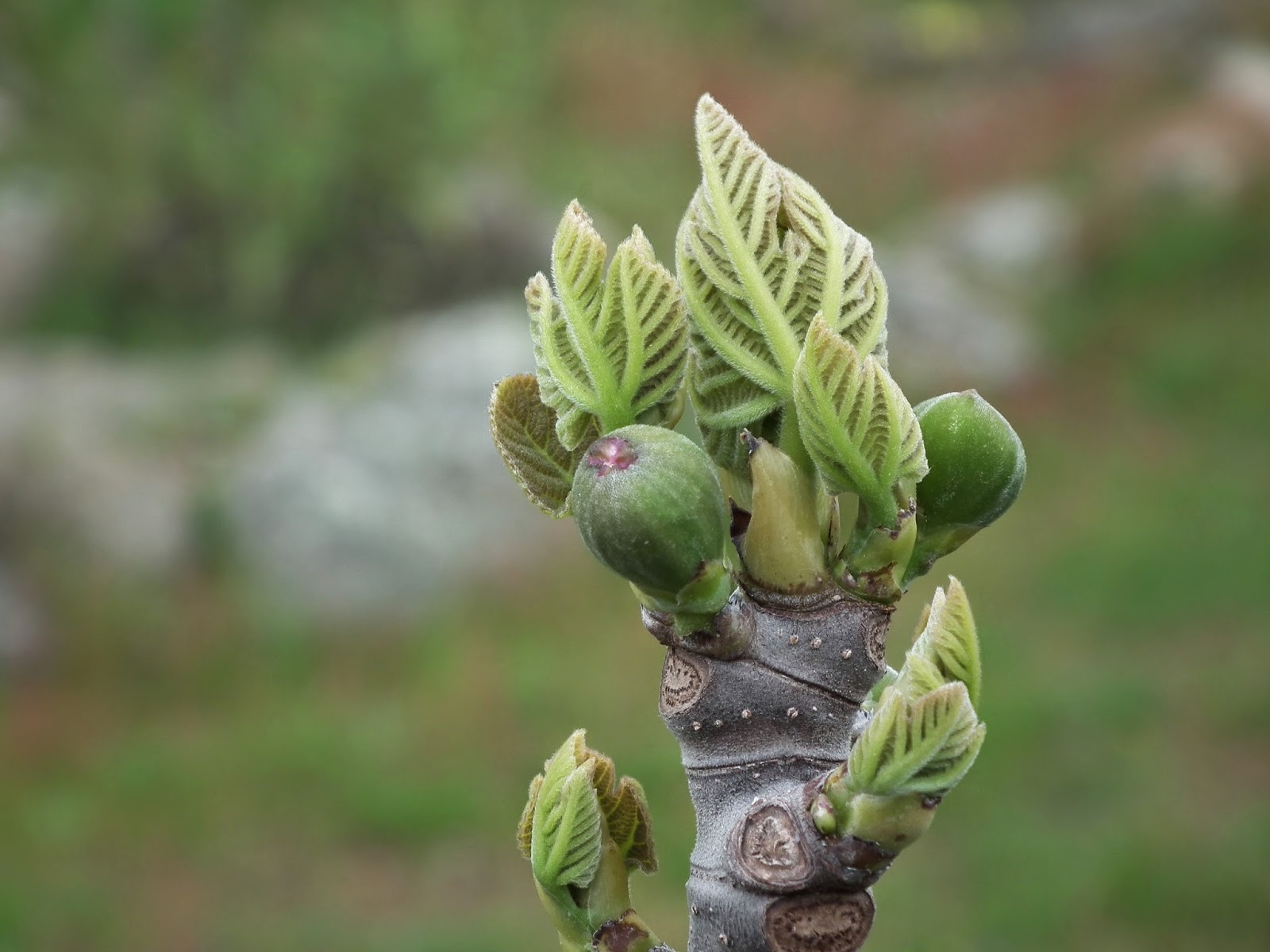 The figs always amaze us... all winter they appear totally dead and suddenly this appears.

So we now have a cherry tree in the middle of the garden, two apples, a pear, a plum, a persimmon, and a peach around the edges and ... a quince just outside the entrance along with an established green fig. 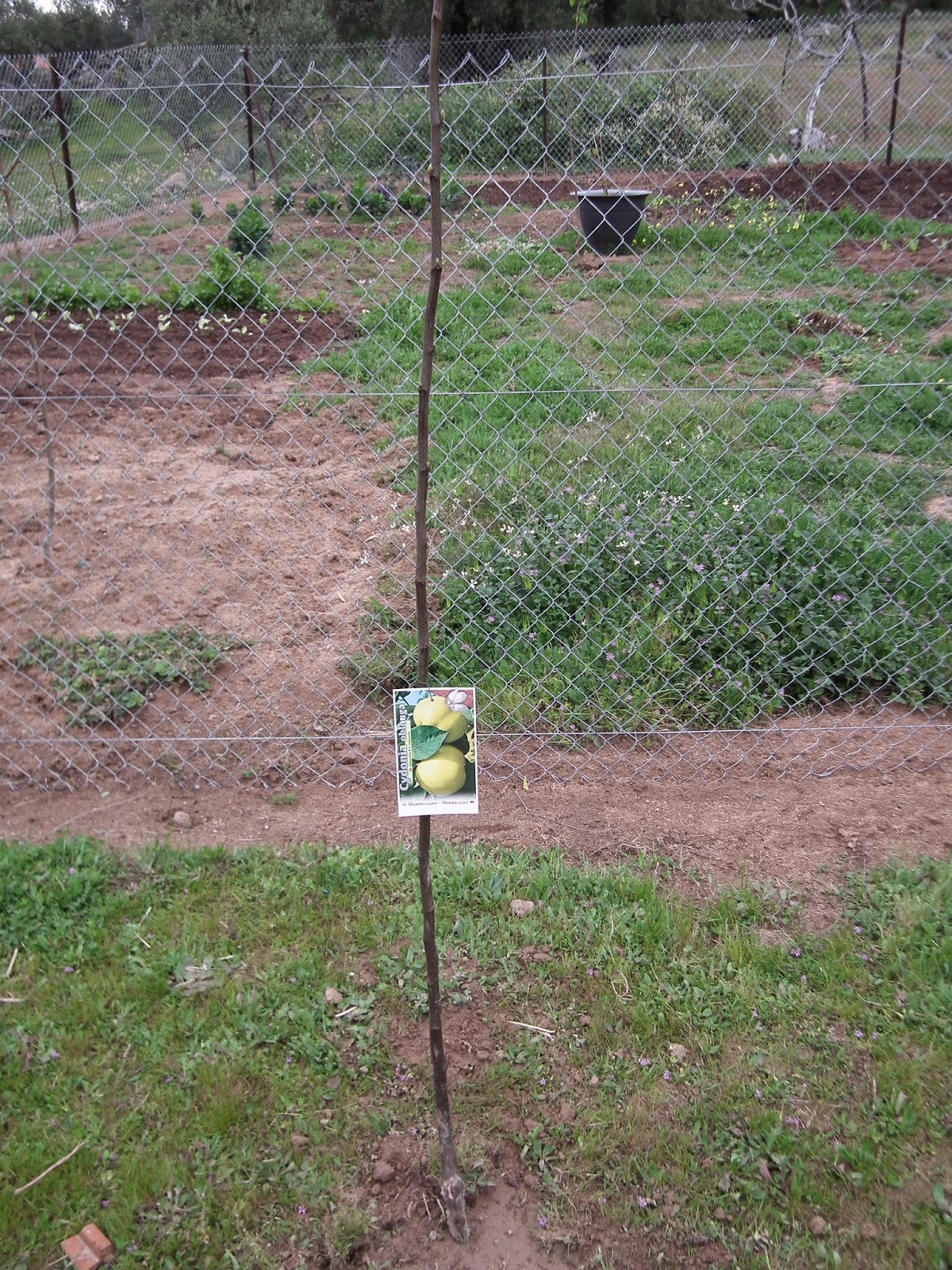 I am a haphazard gardener.  I bore quickly and I tire easily so if you give me a huge expanse to dig over I will do a small spot and get something planted before I move on to another small spot.  So I have several small spots the edges of which abound with weeds with very little apparent order or sequence to things.  But I do have a master plan in my head.  I just don't tell anyone in case it doesn't quite come about.  The learning curve here may force changes on me anyway. 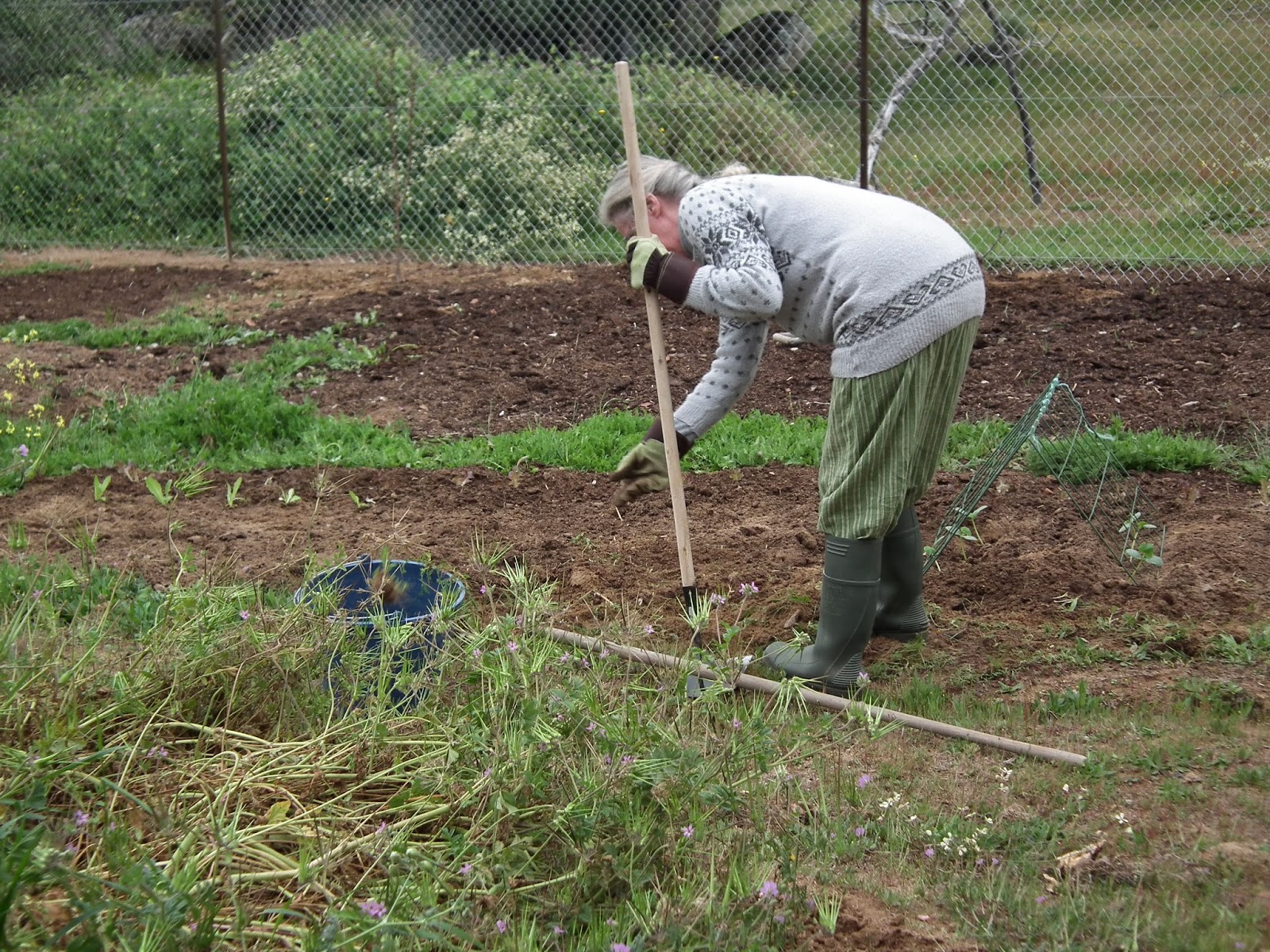 I have started a few things off... some lettuce, some cucumber (salad days to come!). 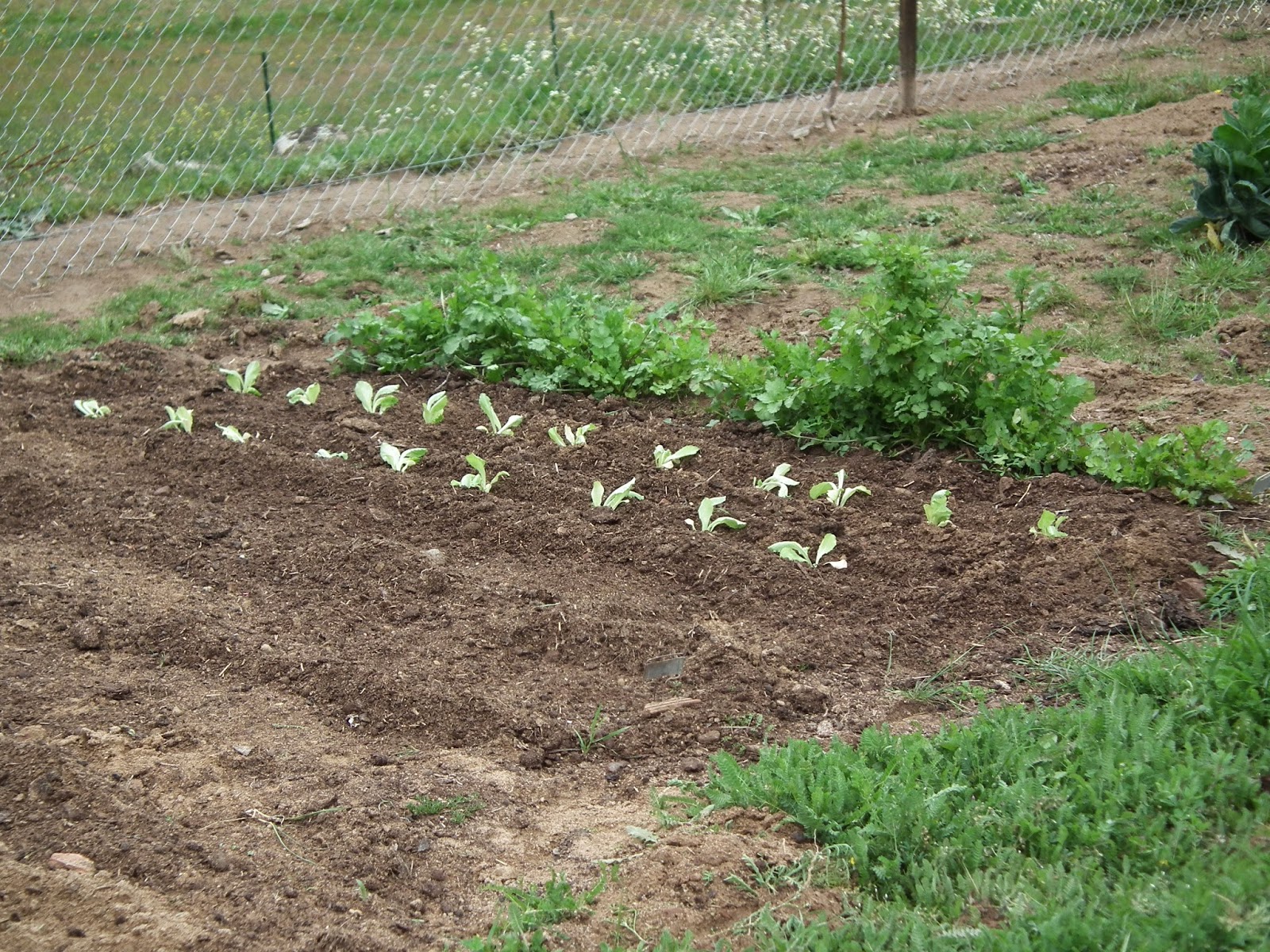 The coriander came back this year and the oregano survived the cold winter and is spreading.  I really like it when herbs flourish. 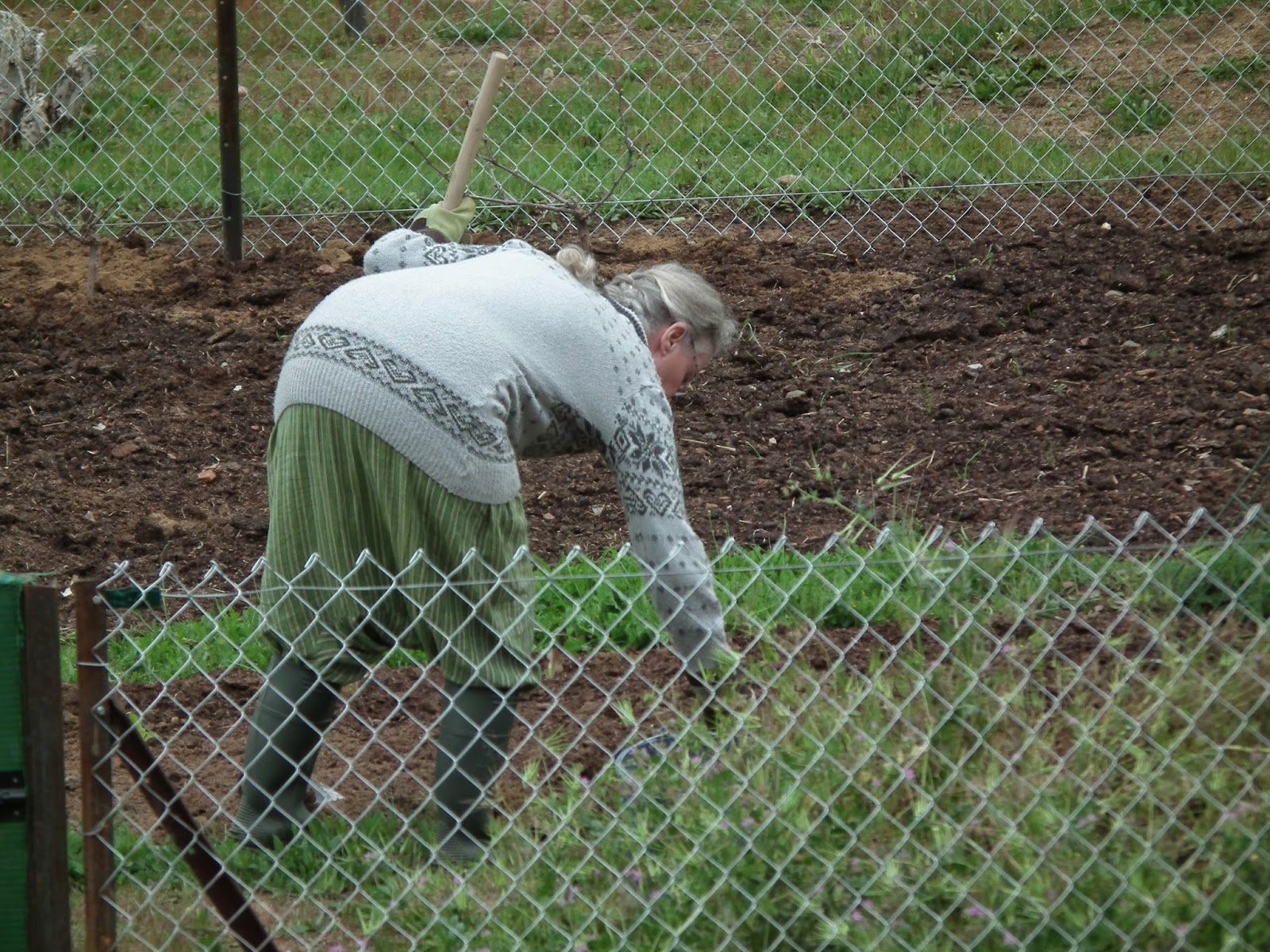 I am going to add rosemary and sage and some thyme just to round things out.  Some lavender would be nice too.  We have some wild spanish lavender on the finca, just not in the veggie plot and last year I tried to move some but it didn't like it and died on me so I may have to buy some cultivated lavender - you would think it would do well here. I thought that about the rosemary, it is after all, a plant for the mediterranean, but it had to be moved into the shade last summer in order to survive.

While I have been gardening Steve has been busy making something special for our grand daughter who is coming to stay over Easter.  When it is finished I will take a photo and post it up for you all to see.  There won't be much gardening going on when she arrives as we have so many fun things planned.  Plus... I promised the village baker that I would make him some hot cross buns which I am going to do this afternoon.... I don't know why I said I would except that I was practicing my Spanish on him (because he's nice and always asks me what I am going to make with the flour and yeast I buy from him) and before I knew it I was telling him I would bring him some traditional Easter buns (no pressure)!