- March 02, 2015
The last time we had chicks on the finca we had incubator hatched them and I found the whole raising of the brood thing quite stressful.  I woke in the night to check on them several times and as they got older and got noisier I couldn't wait to get them out into the hen house and off my hands... I concluded that I am just an anxious kind of person and that in future I would leave all the worry to the mummy birds.

Well.  As the due date approached for our broody black Castilian I did worry that she was young and didn't know what she was doing... that she wasn't getting off the nest and not getting enough water or food to sustain her.  It didn't help that she sat on the wrong eggs once and even sat on an empty nest until we moved her onto the correct one.  I feared the worst.  It seemed like the stress was just the same whether I was responsible for their upbringing or not. 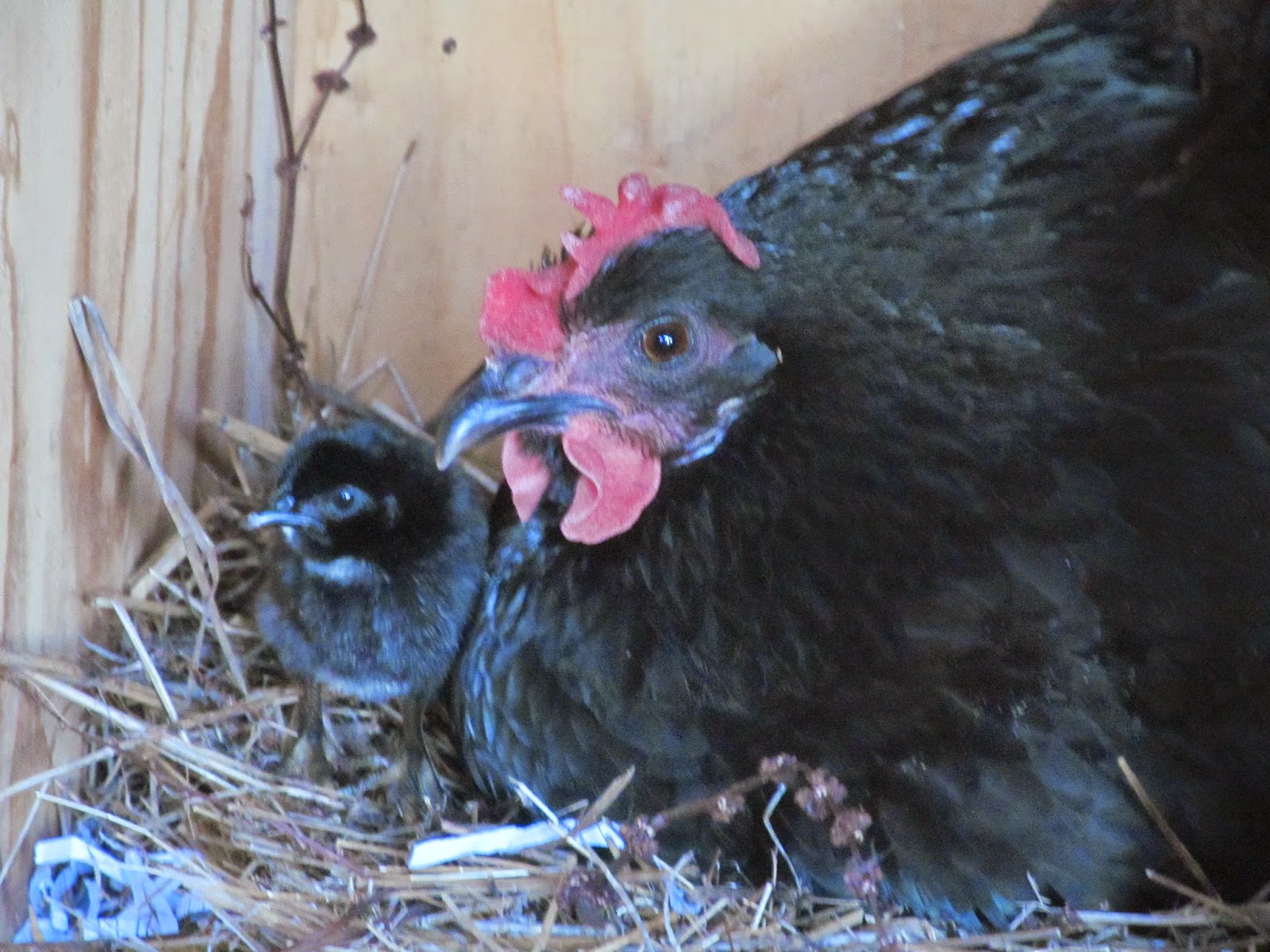 Yesterday was the due date and by lunch time we saw a little black head and a little tawny coloured head peeking out from under her feathers.  Hurrah!!  We jumped up and down waving our hands around and congratulated ourselves like we had just become parents. 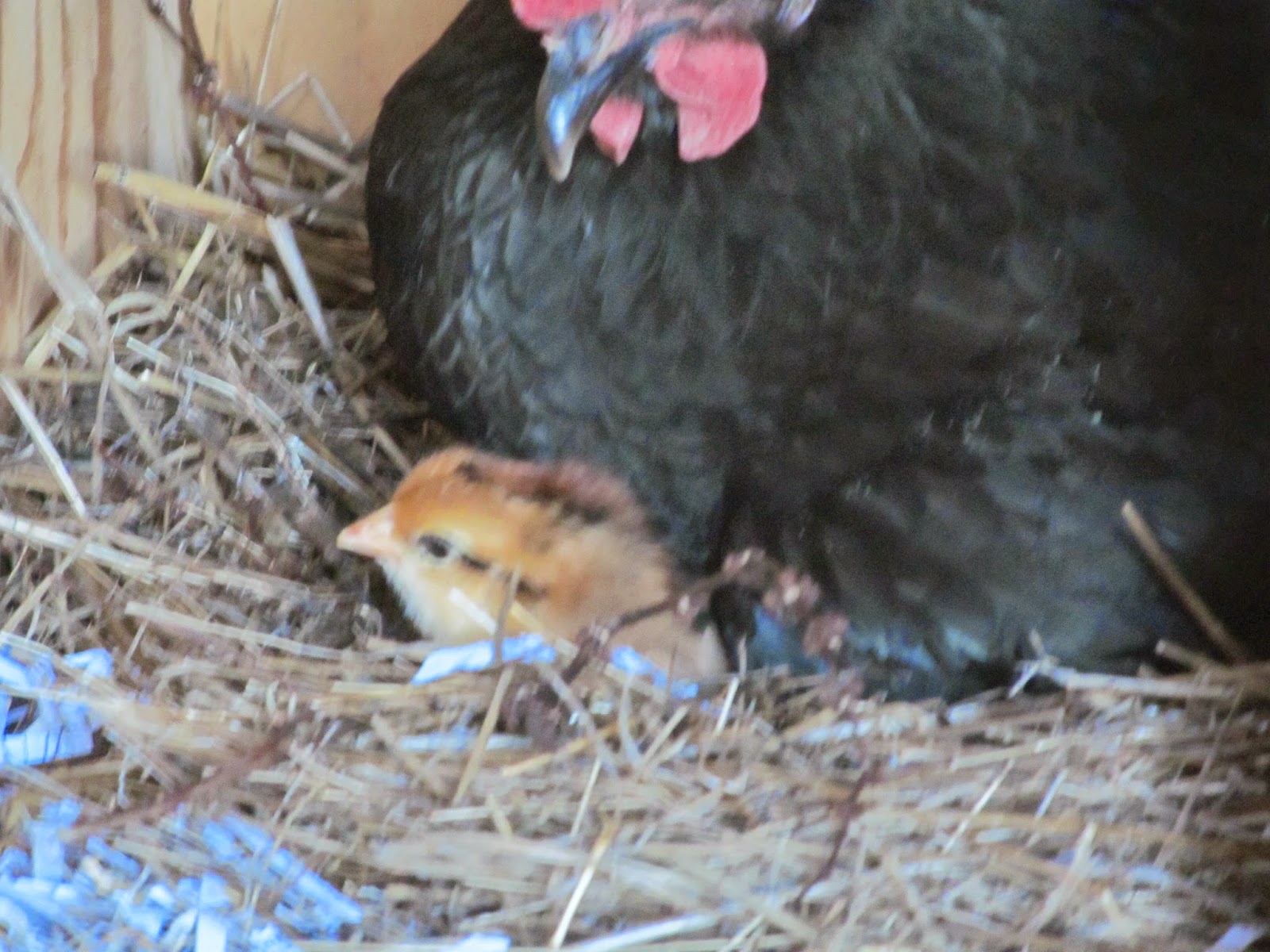 As the day wore on we expected more chicks but didn't see any.  The nest is actually a little high up (about six inches) and we worried that the chicks wouldn't be able to get back in to it if they came out.  A ramp was installed but it was a little steep so we decided that we would leave them until this morning and then move the nest down onto the floor.  The delay because we didn't want to disturb what we hoped were more emerging chicks. 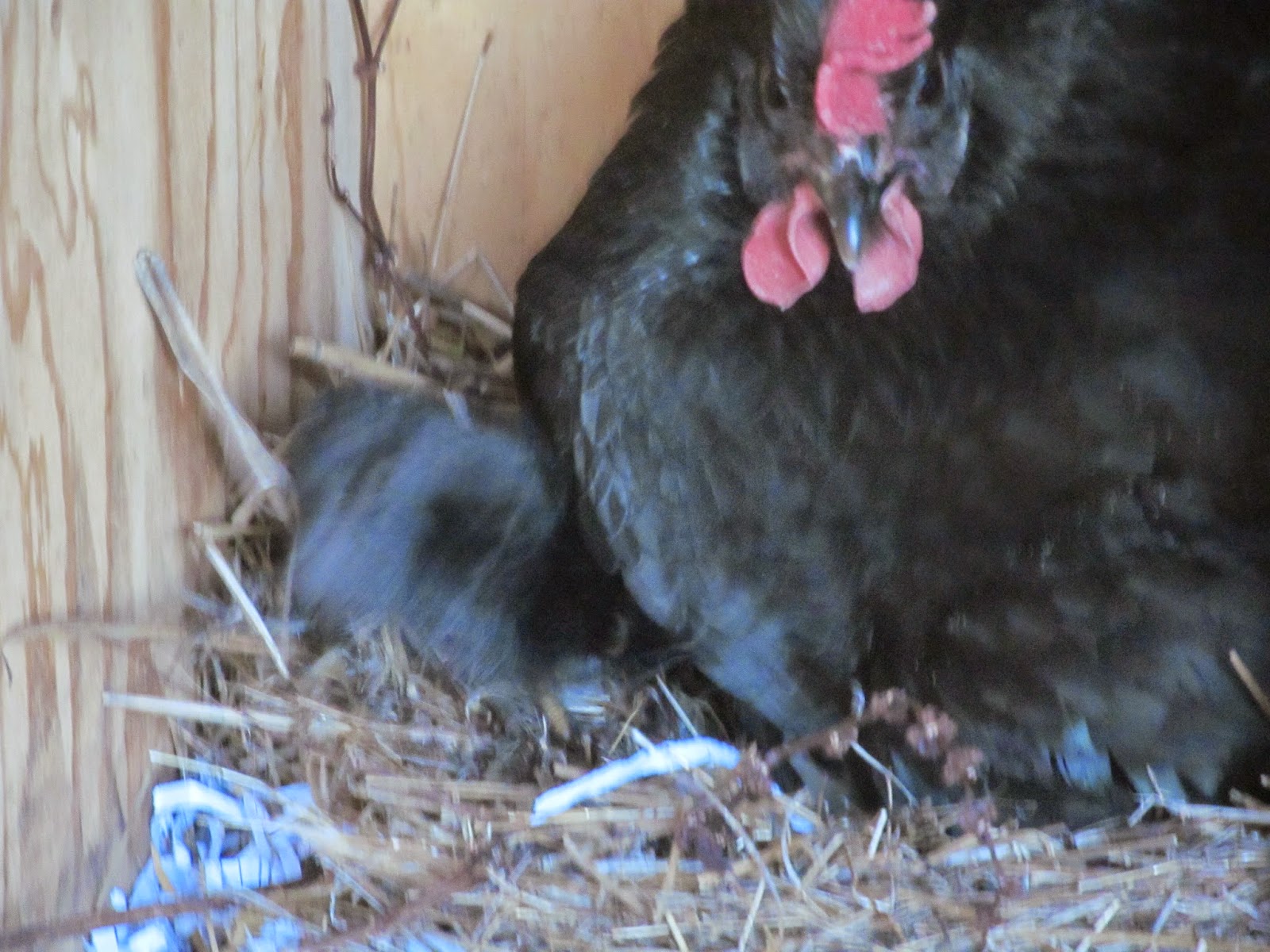 This morning we found the little tawny chick dead on the floor of the henhouse.  It had obviously fallen out during the night and then got cold.  Or it died and mummy hen threw it out.  We don't know which.  We moved mummy hen off the nest in order to shift the nest and discovered two black and two yellow and another little tawny chick dotting among the broken eggshells.  There were still three eggs left to hatch. 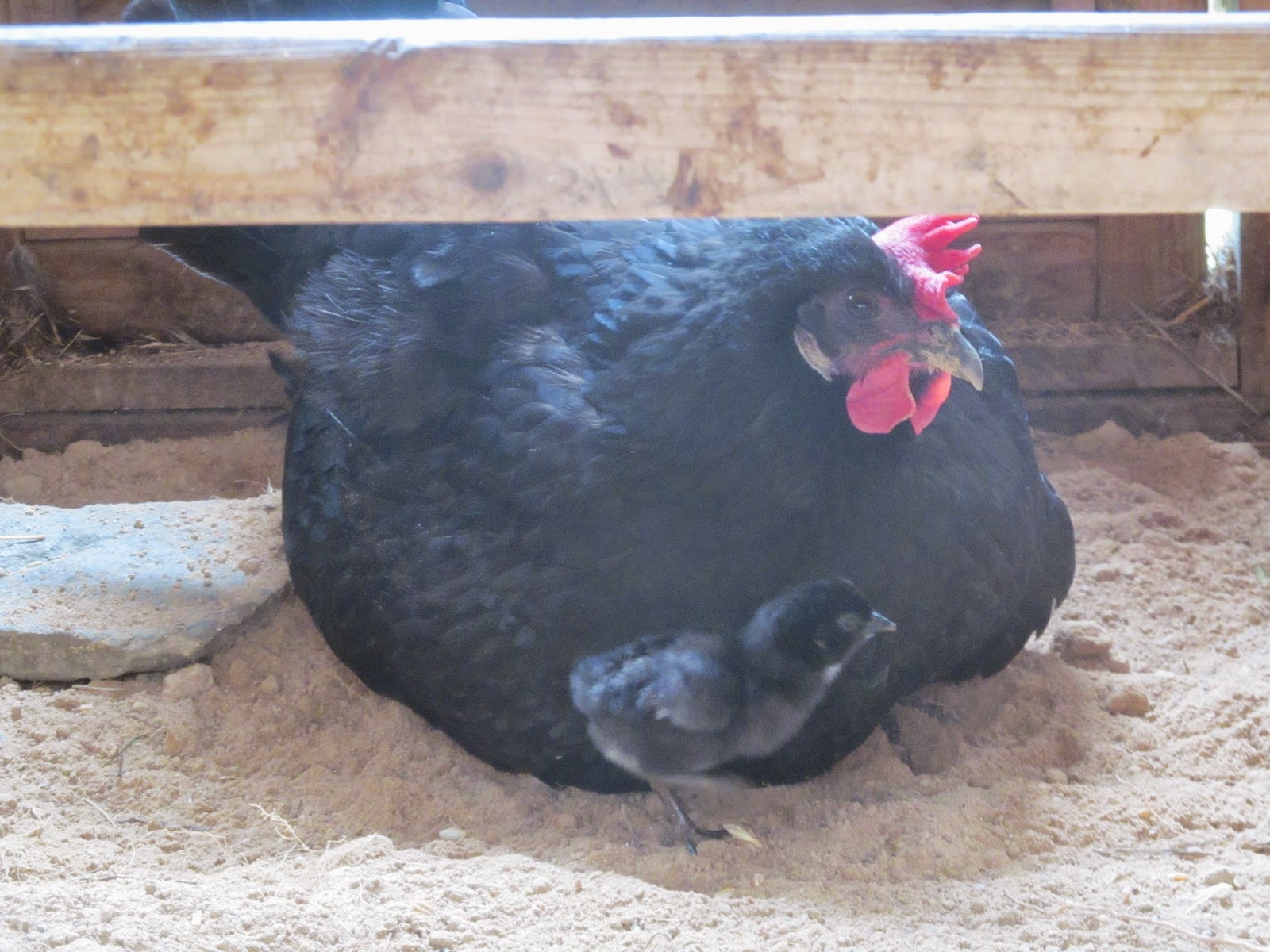 A huge sigh of relief that she has managed to hatch so many chicks and it was all fingers crossed now for the last three eggs.  Sadly  Mummy hen abandoned the last eggs and when we candled them it was clear that there were almost fully developed chicks dead in the eggs.  One smelled quite bad so we binned them. 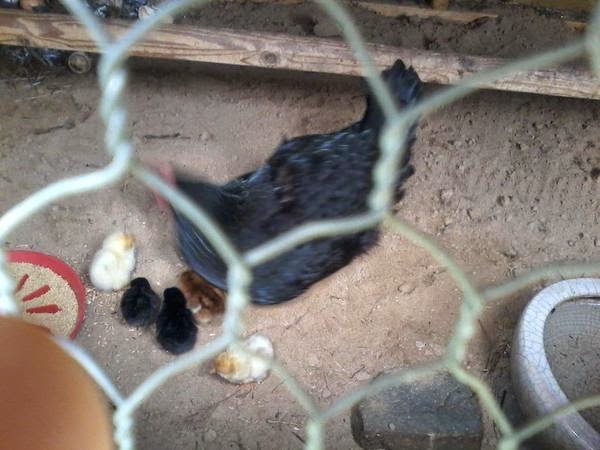 In the meantime, mum and her five chicks seem to be doing really well.  But boy are we exhausted with the anxiety of the whole thing!  We have not managed to get any really good shots of them all because... 1.  We don't like disturbing them too much in their first day or two on planet earth and 2.  they move around so fast its all just a blur.  We shall get more photos in the coming days I am sure.  For the moment I am relieved that mummy hen is eating again and all the babies seem strong and healthy.  Will keep you updated.
babies Chickens Chit Chat Farming life the universe and all that