- February 26, 2015
Many many years ago... like 25... we were expecting our fourth child and didn't have a great deal of money.  We were faced with the usual problem of small house and lots of children (and their toys) and very little storage space.  Wondering what we were going to do about sleeping arrangements a friend of ours offered us two bunk beds and a large American cot for a very reasonable amount of money.

The beds and the cot were pine and she had used them for her sons who were now teenagers and on the verge of leaving home.  So the beds were a decent age when we bought them.  Our kids used them really well.  They could be bunk beds or they could be two singles and although the mattresses were replaced the beds themselves just seemed to go on and on and on.

We brought the beds with us to Spain as we thought they would be useful.  But when we bought this place we inherited four single beds and it seemed that our pine (now painted grey) bunk beds had served their purpose.  We dismantled them and put them away in the garage for a future project. 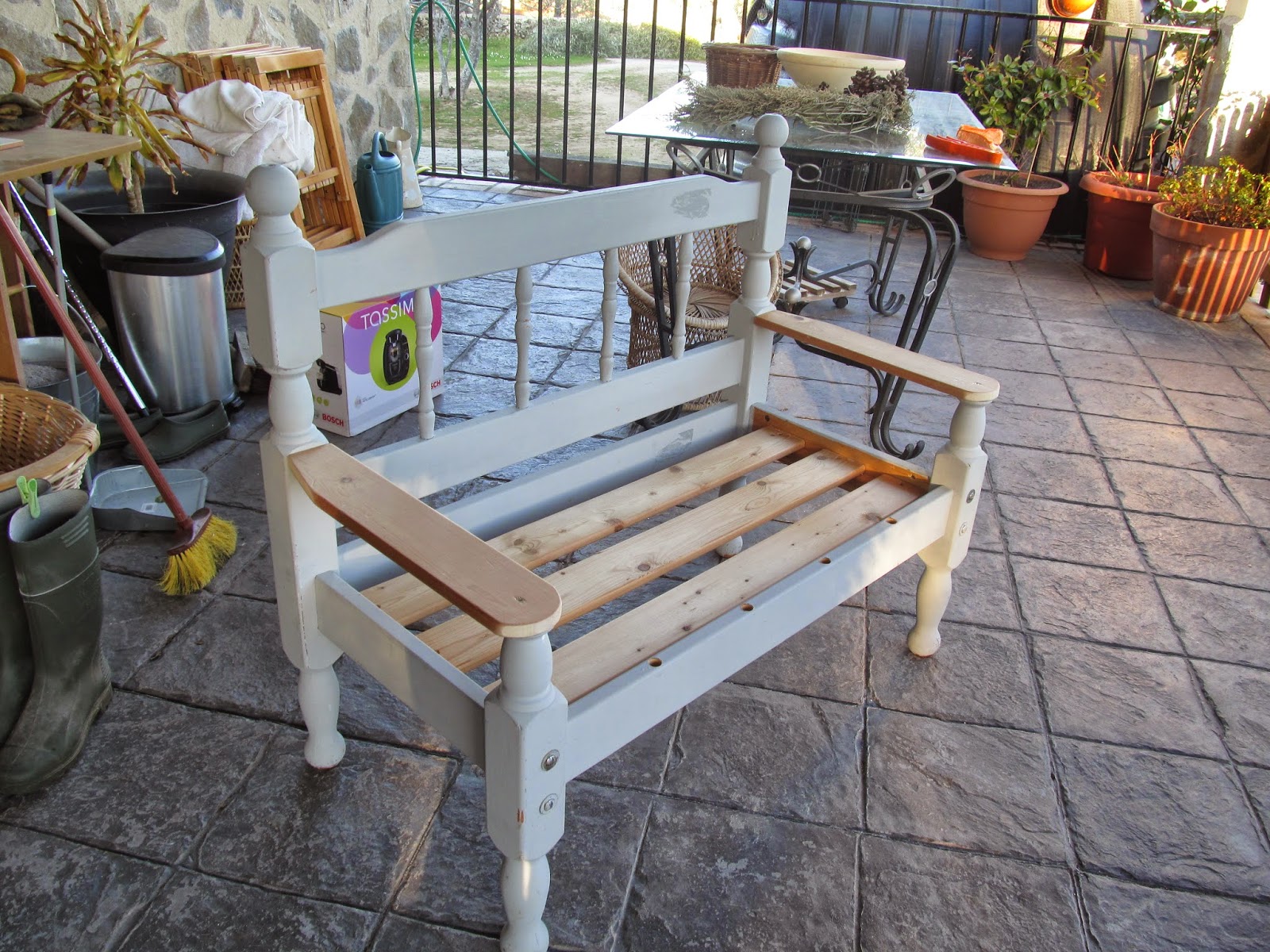 All that is needed is a cushion that fits... maybe a new paint job. 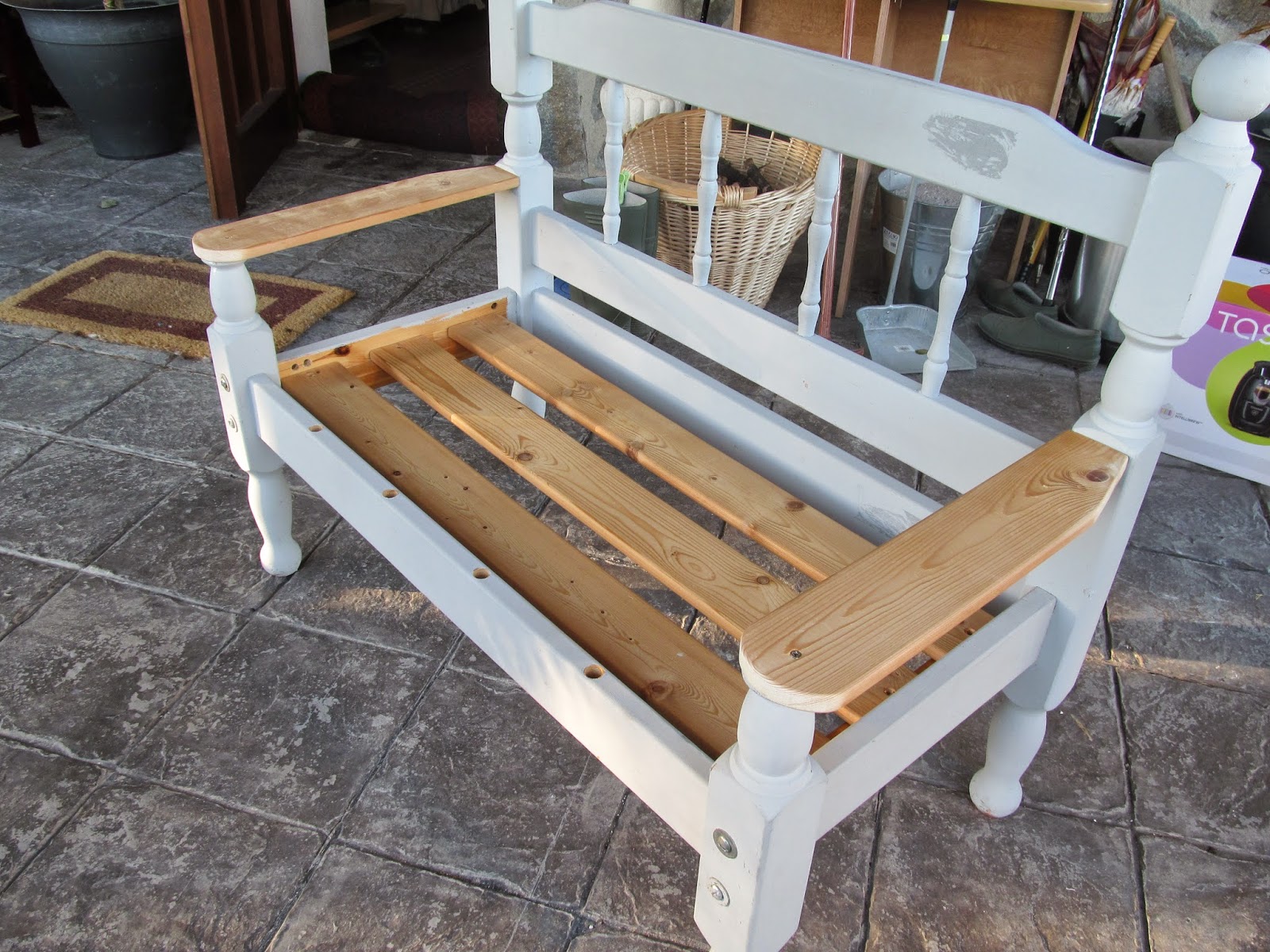 And there is enough pieces left to make another chair.  I really really love it when things just last and last. 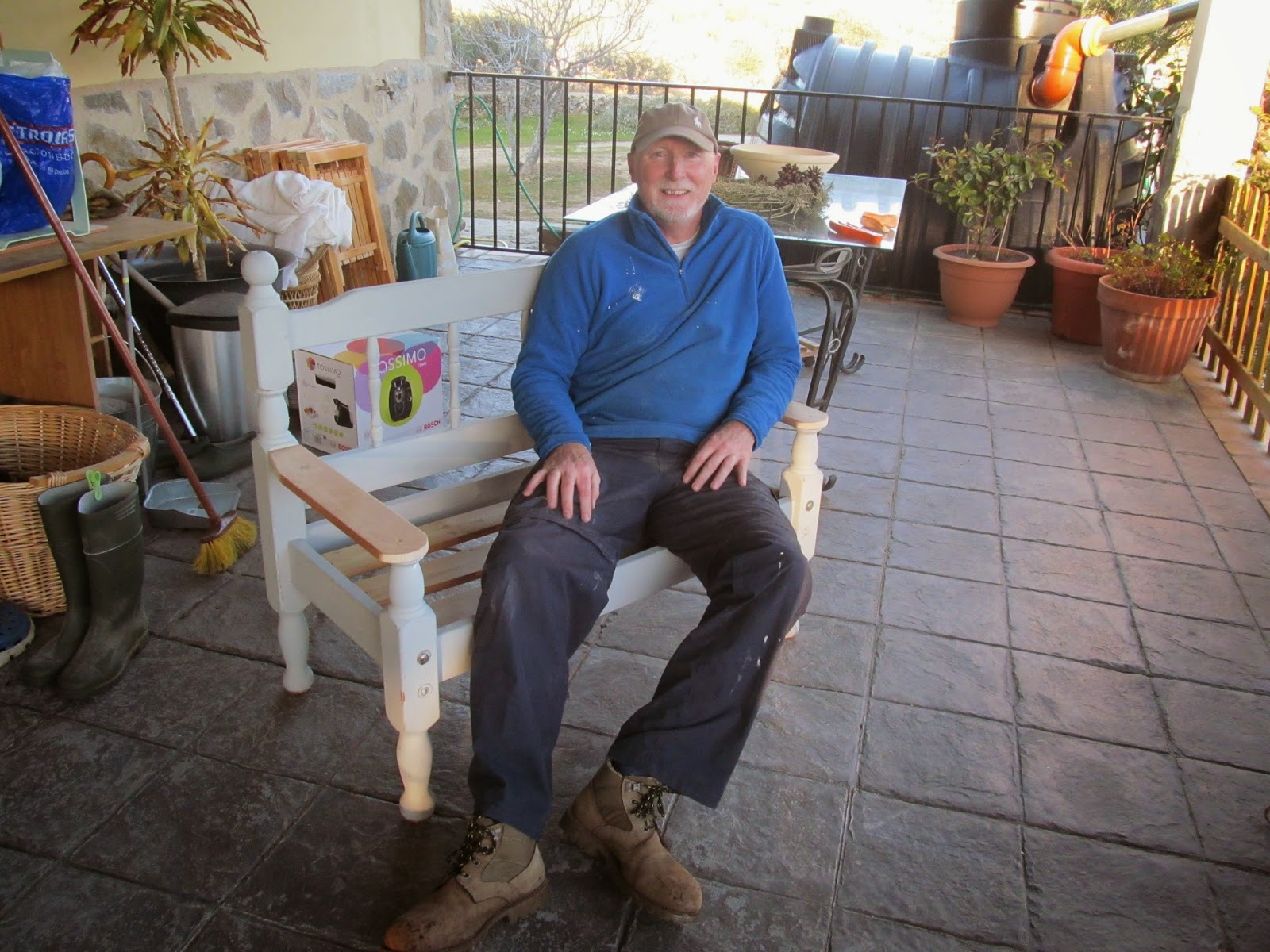 In other news.... our mummy hen is approaching hatching date (1st March) and we are getting excited but trying not to count our chickens... literally.  Mummy hen was getting off the nest on a daily basis to eat and drink and have a quick dust bath but then she stayed put for three days and we had to lift her off... once off the nest she ran around eating like mad before returning to sit.  After her three day absence it seemed like the other hens and Raul the cockerel had forgotten who she was... there was a great deal of interest but she was having none of it. 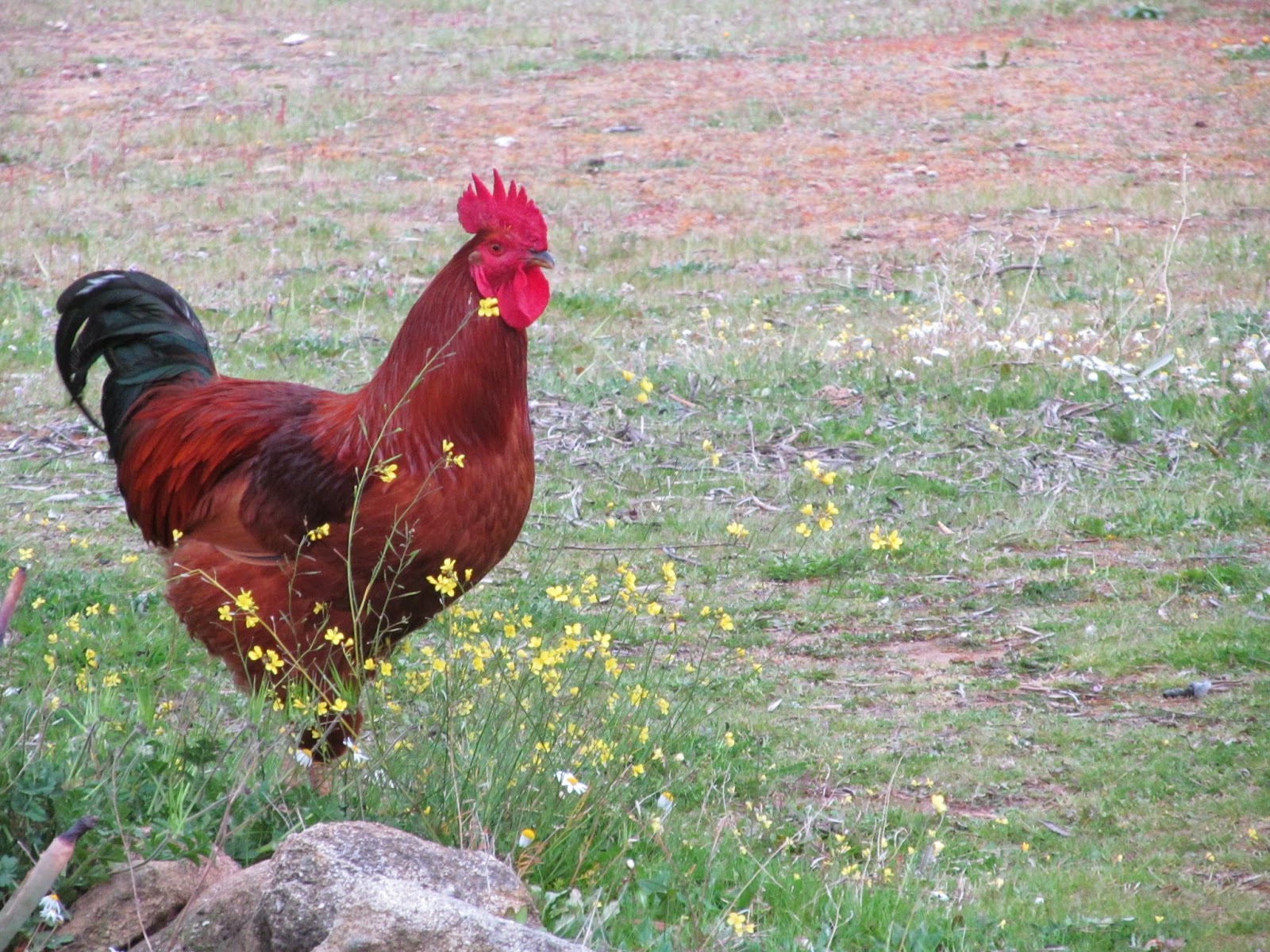 He's a handsome fellah ... lets hope that he did his bit properly! 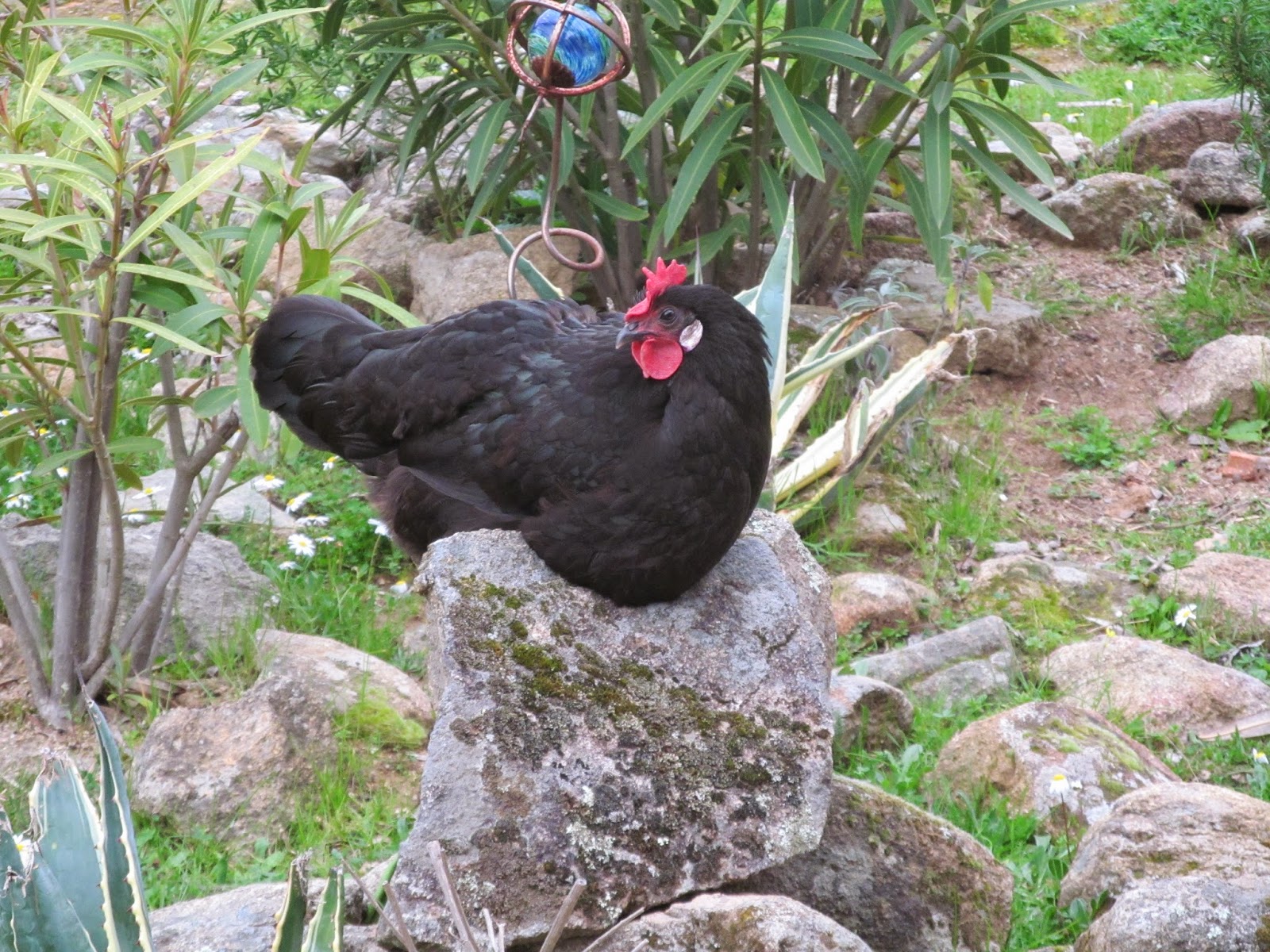 Mummy hens sister missed her a bit at first but now she seems quite happy to run with the brown girls.


As always when new arrivals are expected we still have a couple  of jobs to do.  We have to add some sand to the bottom of the hen house.  Its made of a kind of slippy board and although its easy to sweep out and clean even with a spreading of hay it is too slippery for little chicks to walk on.  I have been doing a lot of reading about the eggs and the hatching process and it seems that a lot can go wrong and since this is only her first time and she isn't even a year old yet we hope that she is doing it right.  Time will tell. 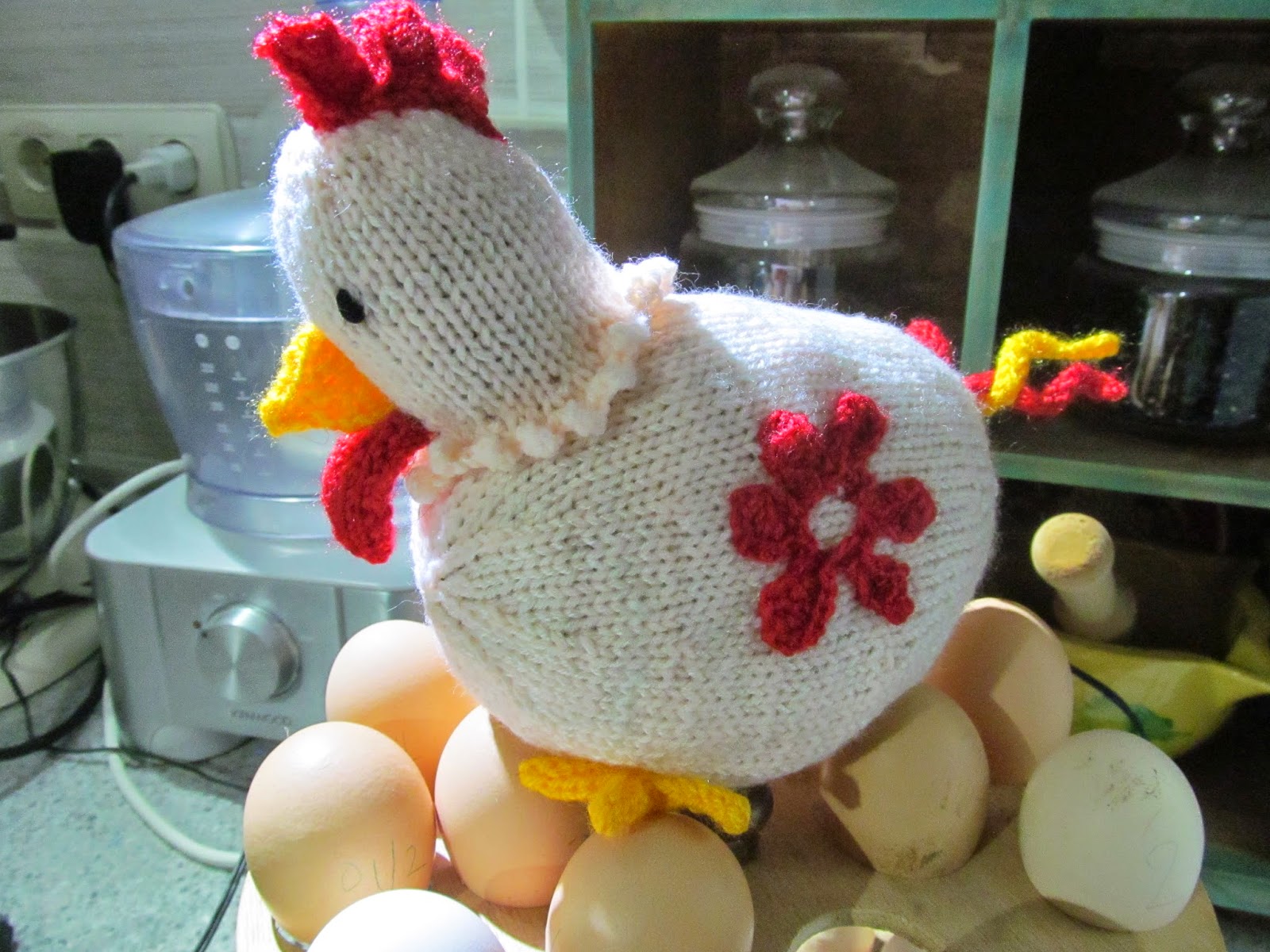 In the meantime... I have been knitting... as you might expect... I am hoping that this isn't the only new chicken on the premises next week.  I shall keep you updated.

Building Chit Chat Family I'm a Fan Spain What is a Technobilly?