- January 18, 2015
I had planned to learn to spin over the winter.  But once the weather turned wet and chilly I came down with a flu bug and didn't really feel much like learning anything new.  So this has become the winter of crochet mats. 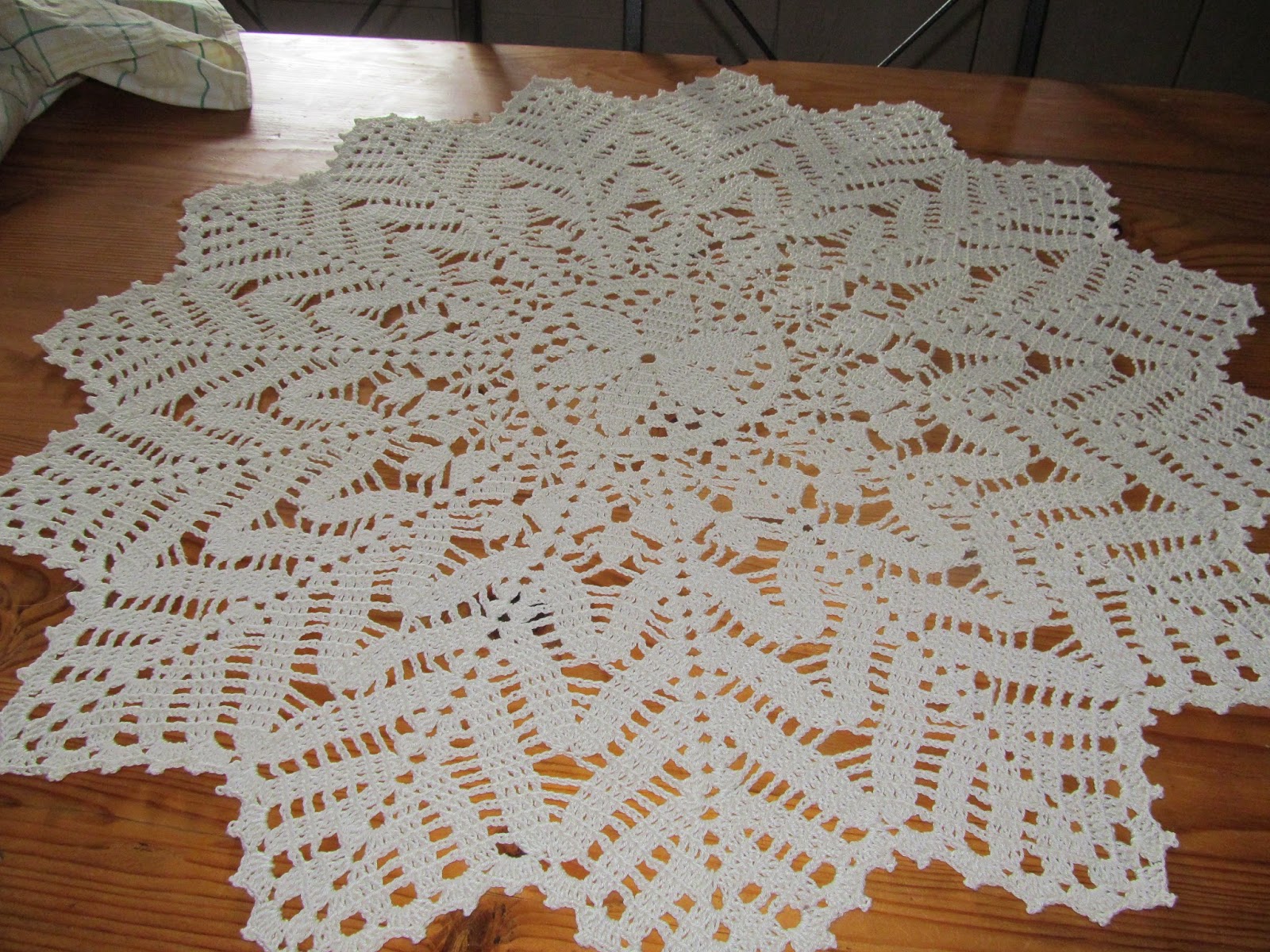 The patterns called for a smaller crochet hook and finer thread to make a 10 inch mat but all I had was four ply knitting cotton so I just set to and ended up with a small tablecloth or large centre mat whichever way you look at it. 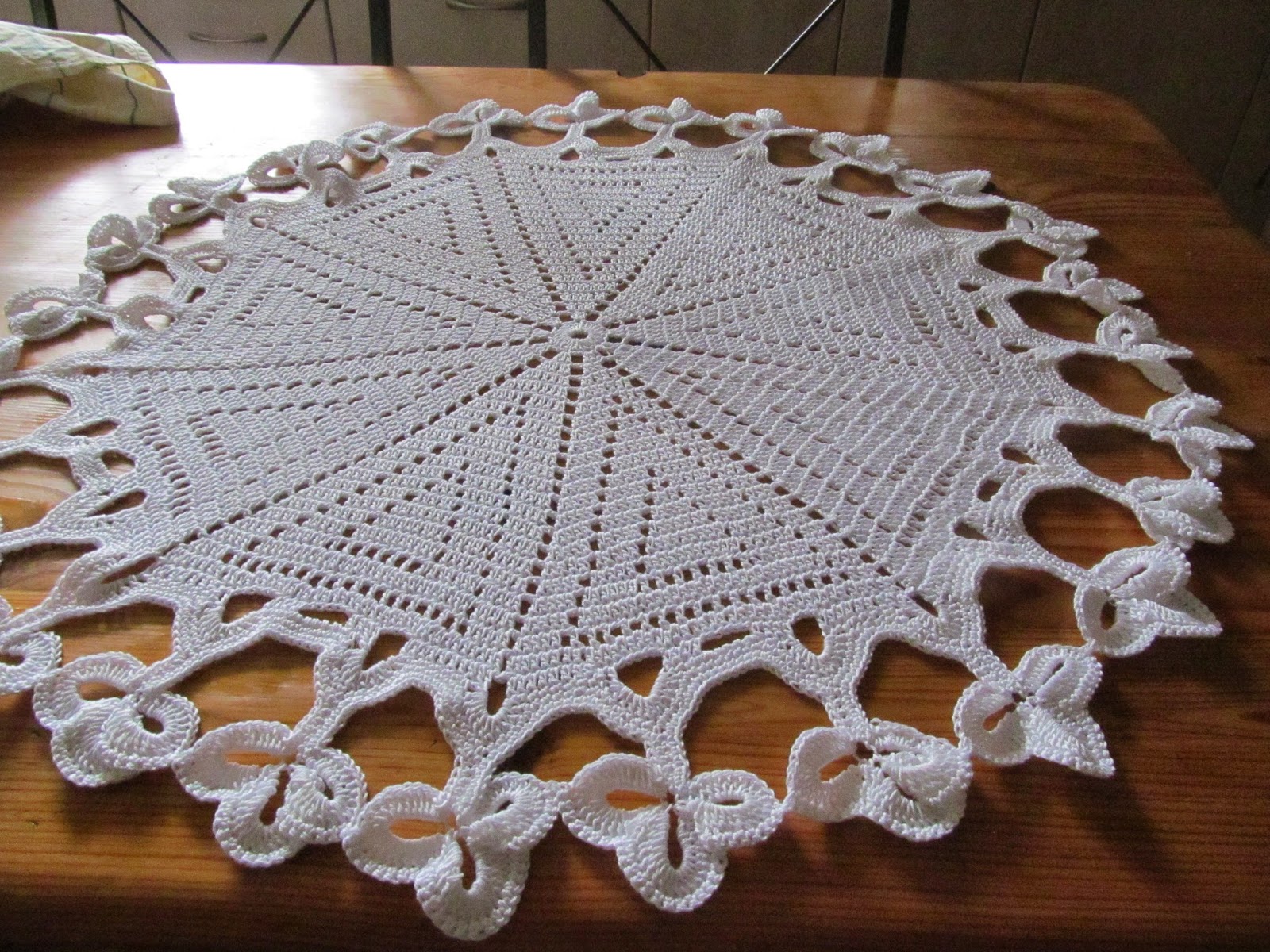 This one I think I went wrong somewhere as it won't lie flat, even after starching and ironing. 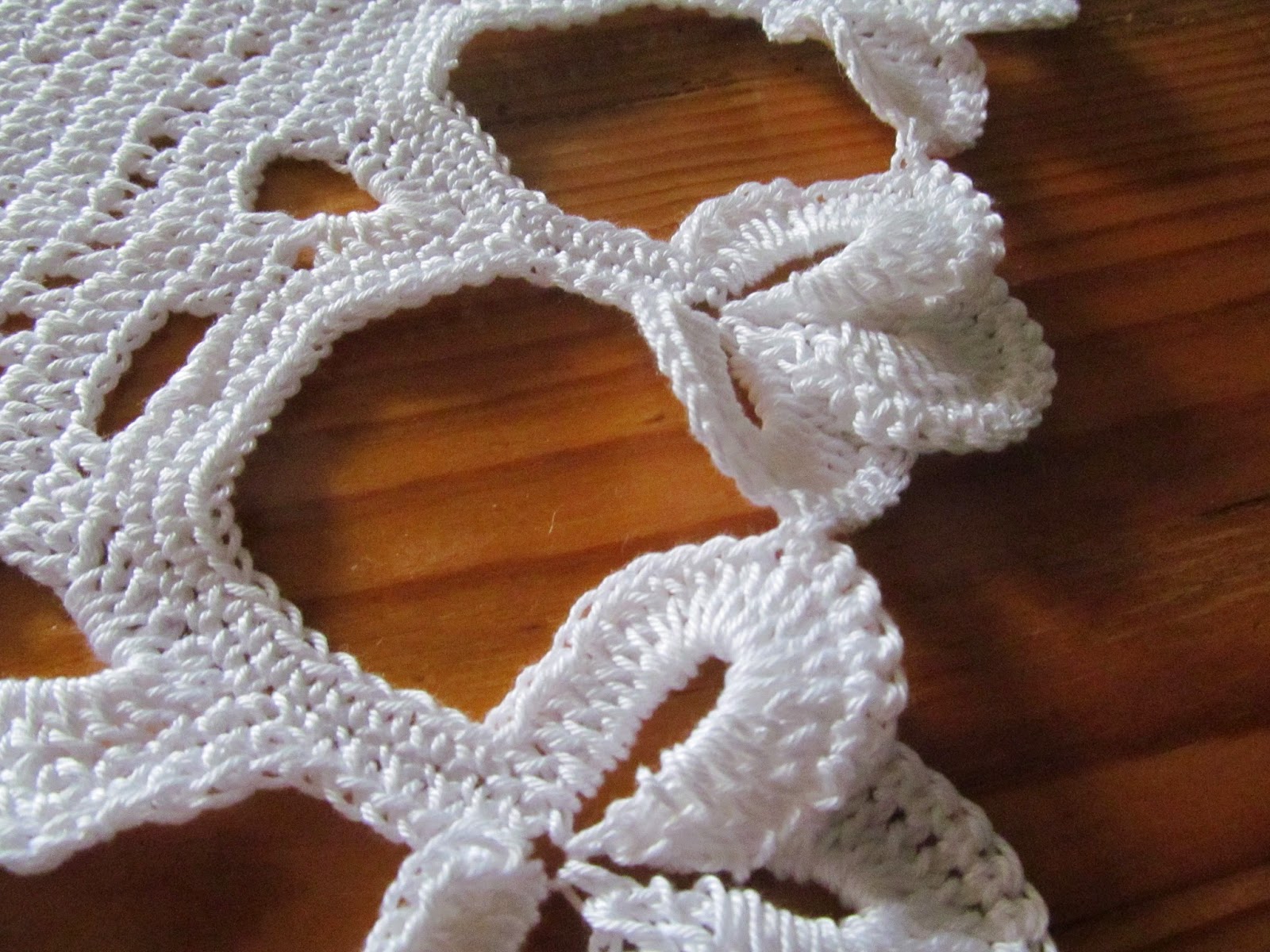 The bad weather is continuing and Steve spent yesterday overhauling the spinning wheel.  It has done a lot of miles and just needed a clean and a couple of new tension springs to bring it back to peak condition. 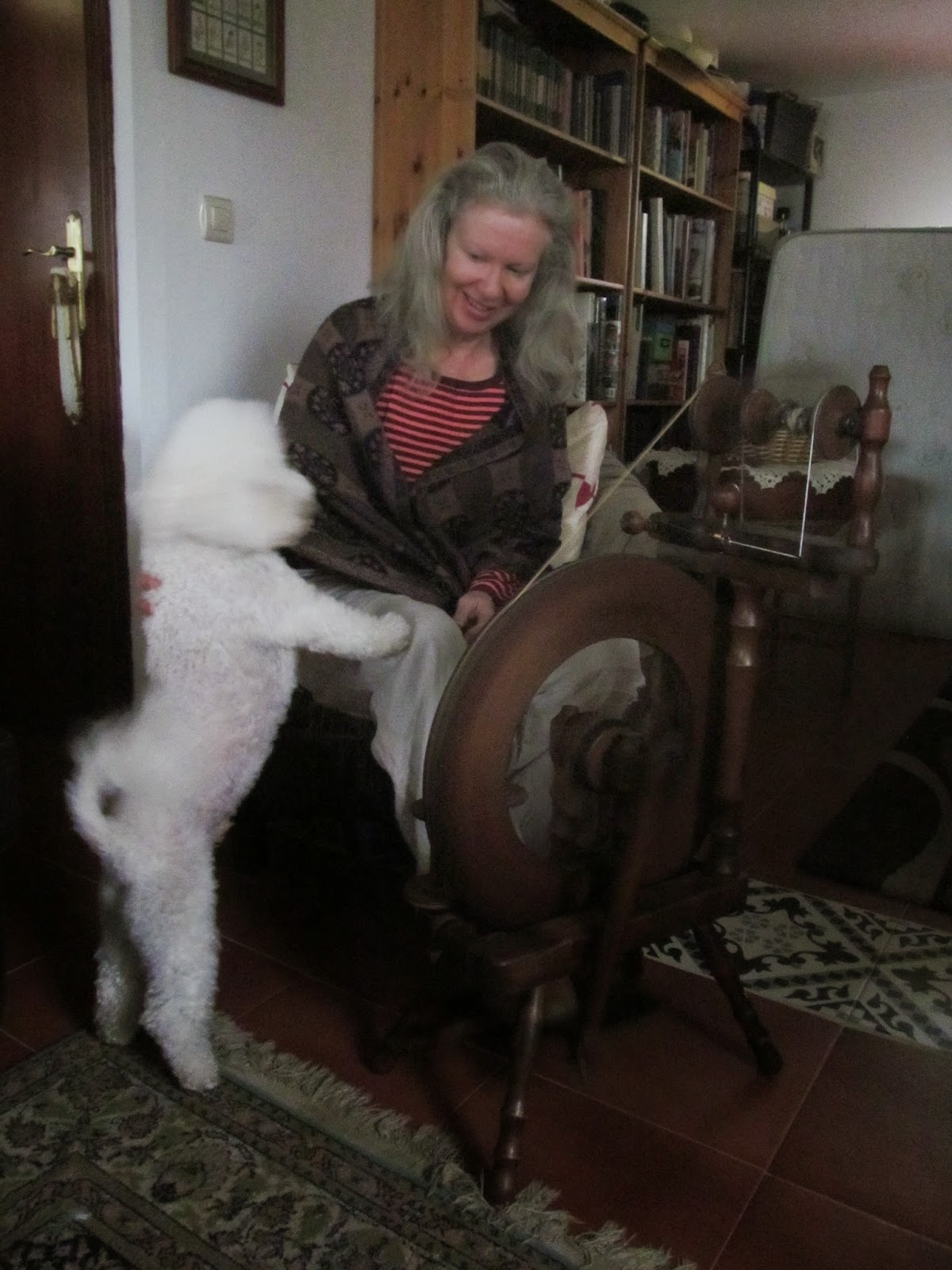 A little oil and then it was good to go.

Now... I do not know how to spin.  I am learning from a book and from youtube videos. 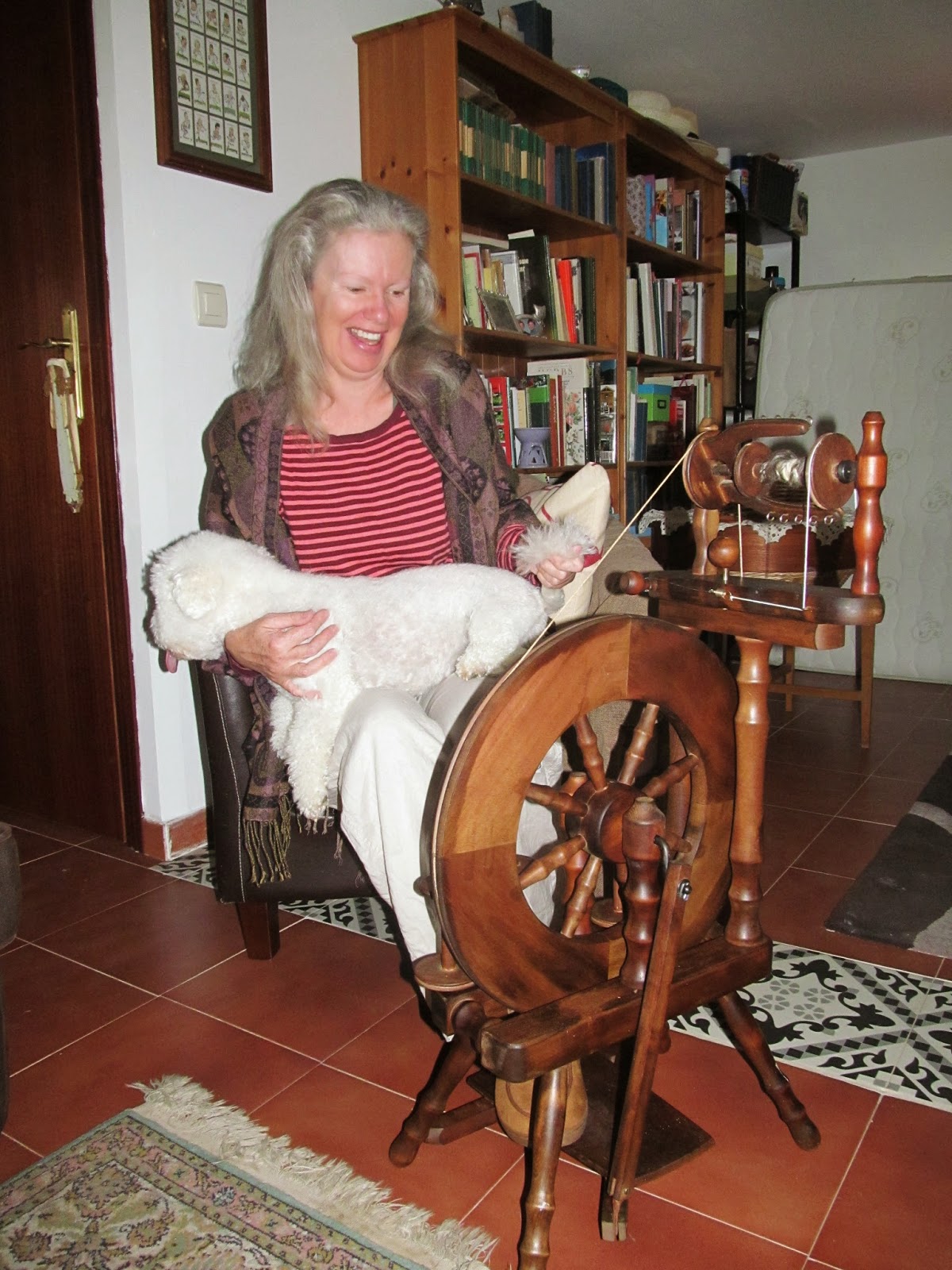 I started by simply practicing with the treadle and not actually spinning at all.  This sounded like a good idea to get used to controlling the speed, however once I actually attached wool to it and tried to spin, the feel of the treadle was totally different and I didn't think my earlier practicing was of any use whatsoever. 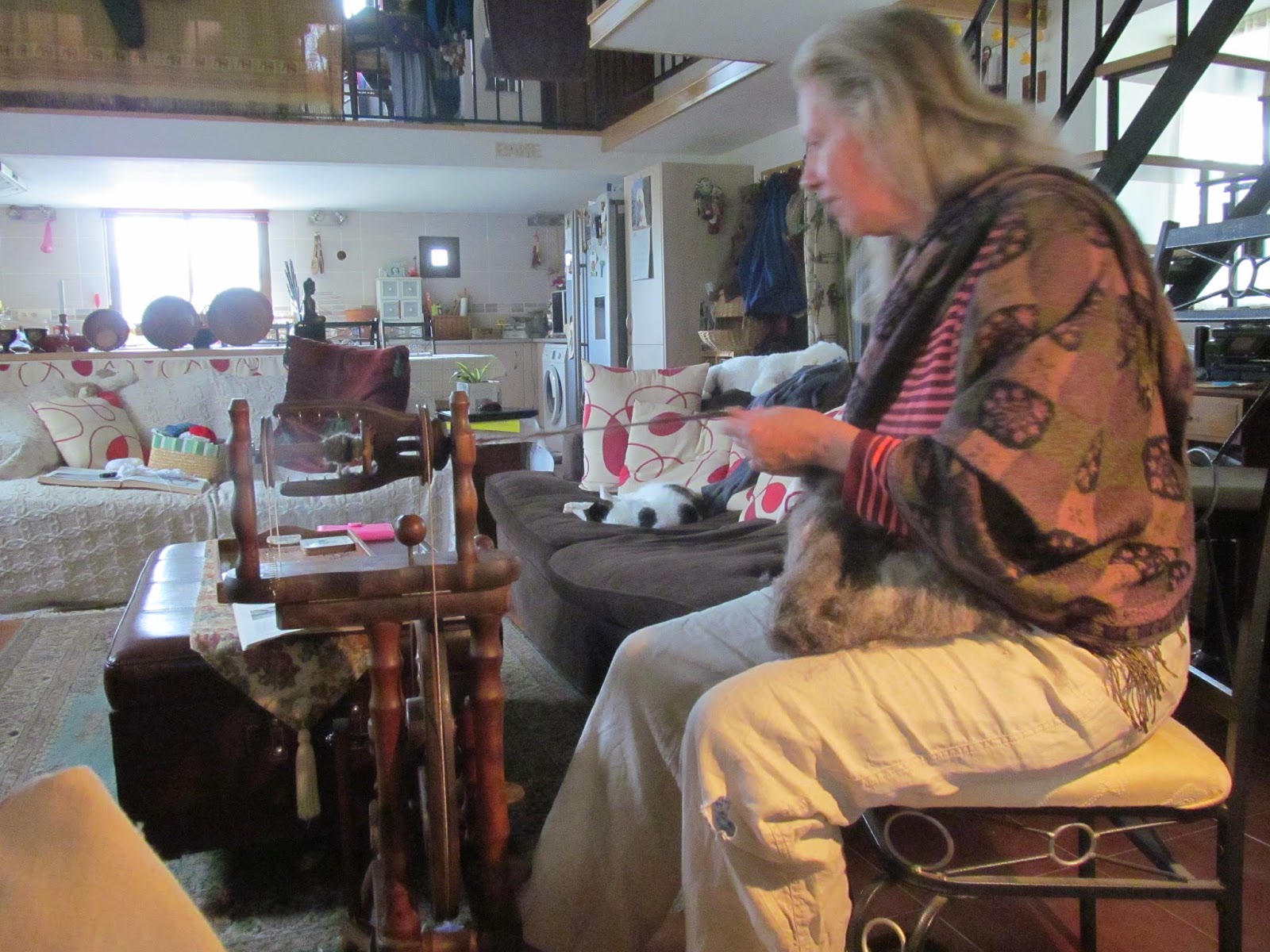 There were one or two moments I have to admit where suddenly it seemed like I had finally got it.  The wheel makes a sort of rythmic noise that I just love and the wool was actually... well... wool.  But those moments were rare and fleeting... 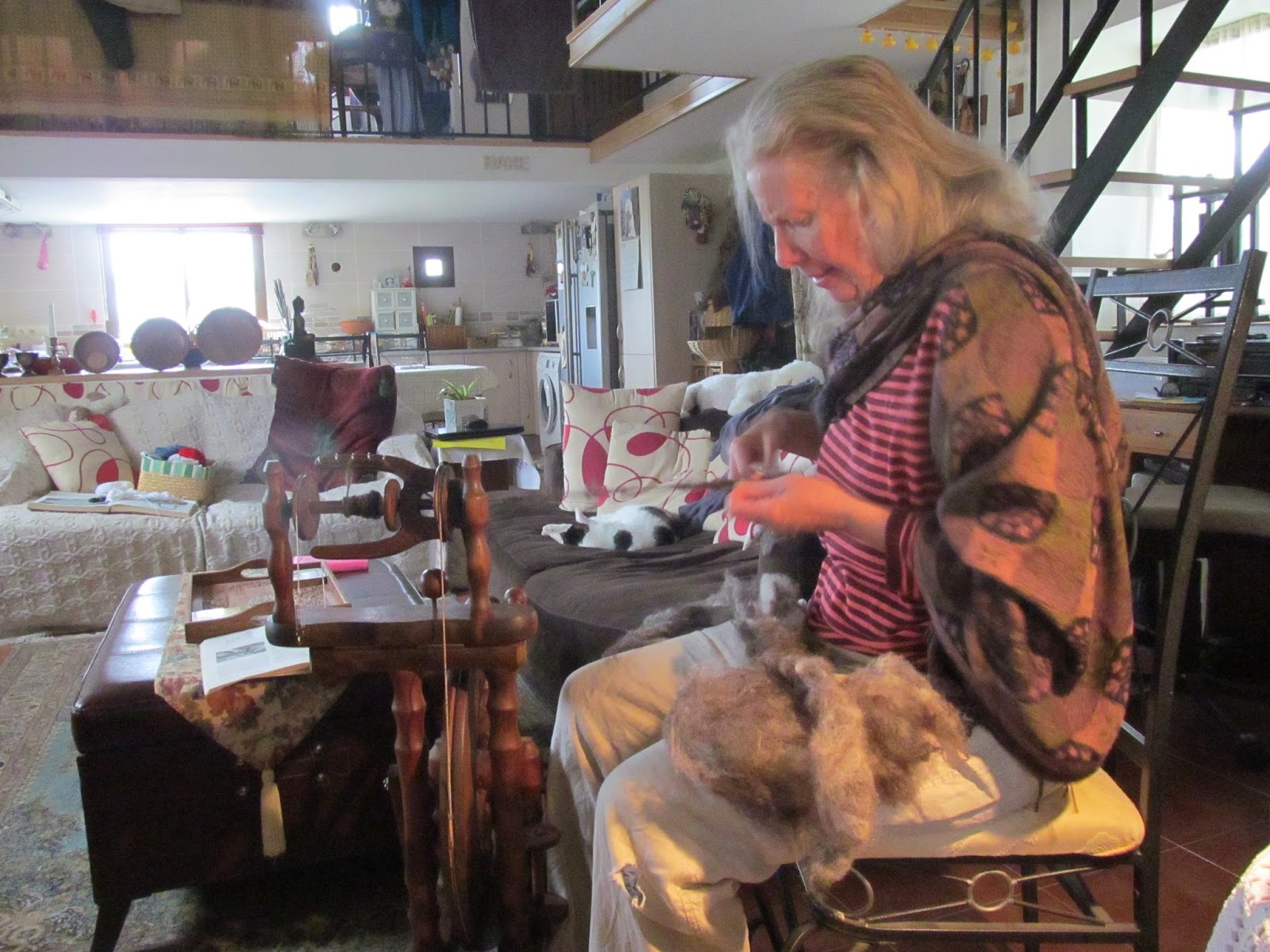 And after a few choice swear words I thought I better put it away and start again tomorrow.  There are fine tuning issues, the wool would twist and then not wind on to the bobbin but then sometimes it worked fine..., things that if I was a spinner, or if I had a spinner here to help me, would I am sure have an easy explanation and solution.  My efforts are beyond pathetic... oh well... not wasted as I can use all this as stuffing for knitted or sewn toy animals (another project for future). 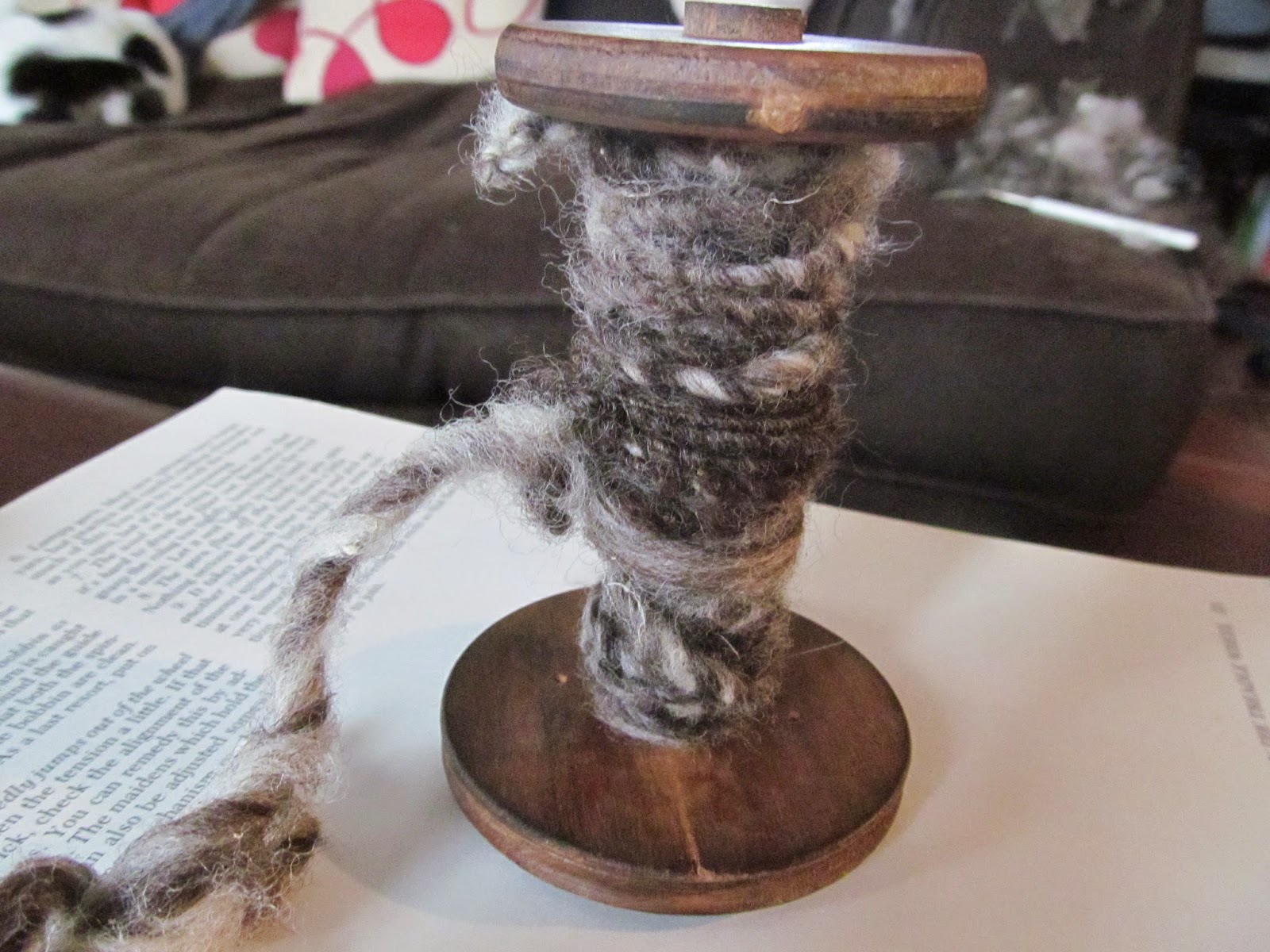 It doesn't help that Molly decided to sleep on my lovely 'fluffy as a cloud' basket of carded fleece, which was somewhat less than fluffy or cloud like when she got off! 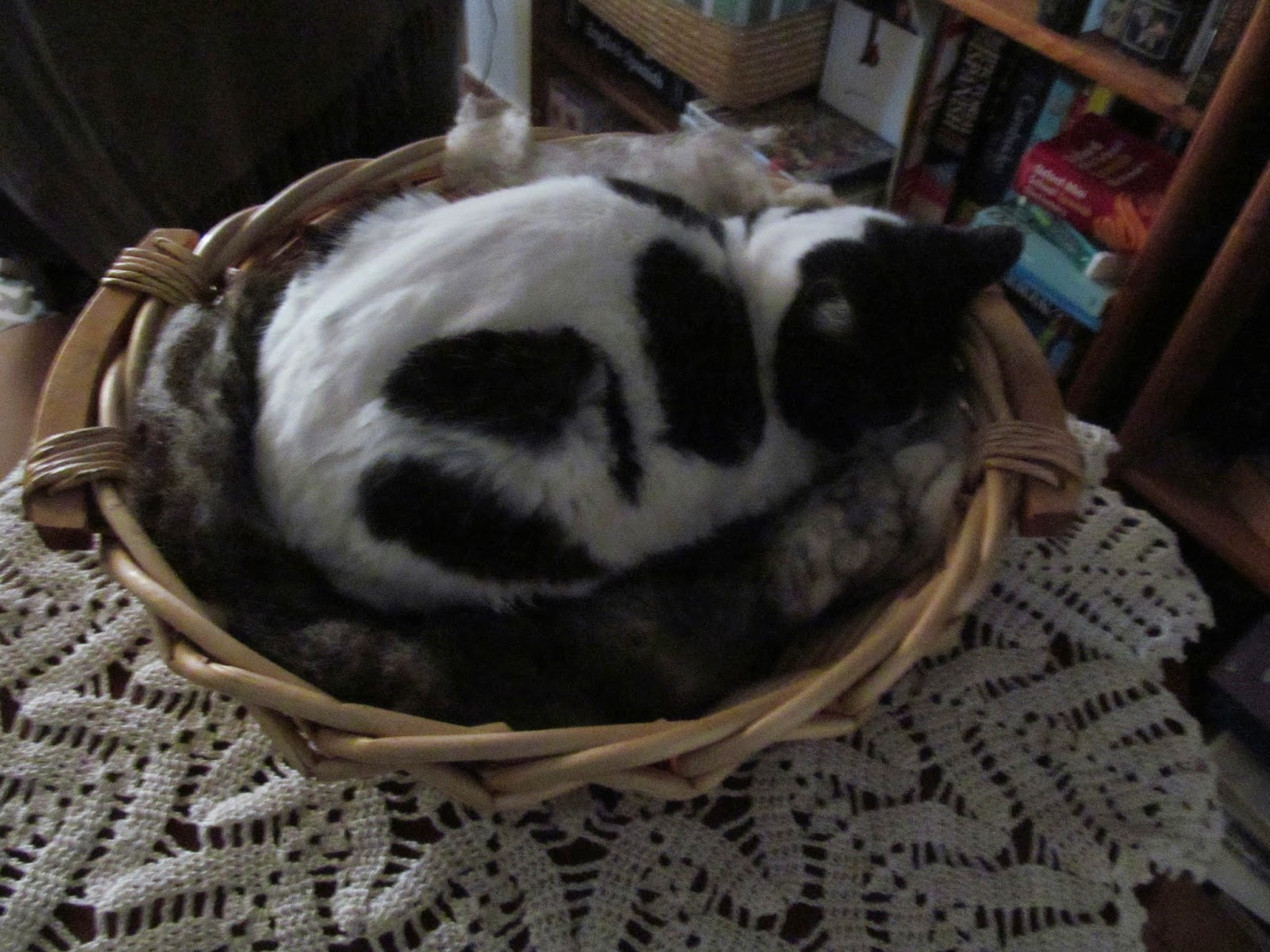 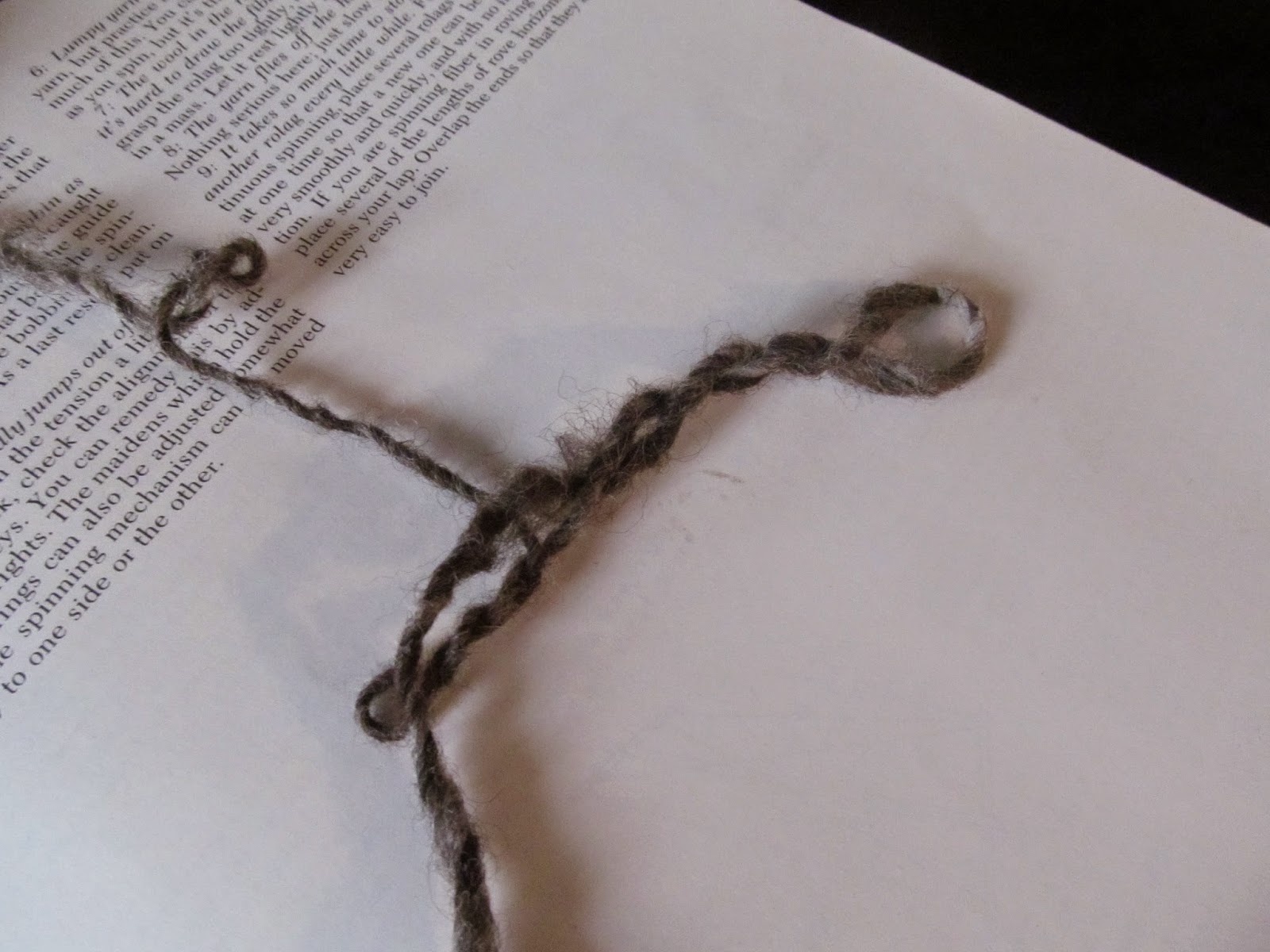 I am not giving up, but I don't think I shall be spinning for Rumpelstiltskin any time soon.  More pictures of the spinning wheel being cleaned over at Steve's site for those who like to see the technical nitty gritty bits.
Chit Chat Crafts knitting Spain the cats