A Series of Unfortunate Events

- December 23, 2014
December has been dogged by a series of unfortunate events.  We never let things get us down for too long, life is too busy for that, but when things don't go to plan it can be very irritating. 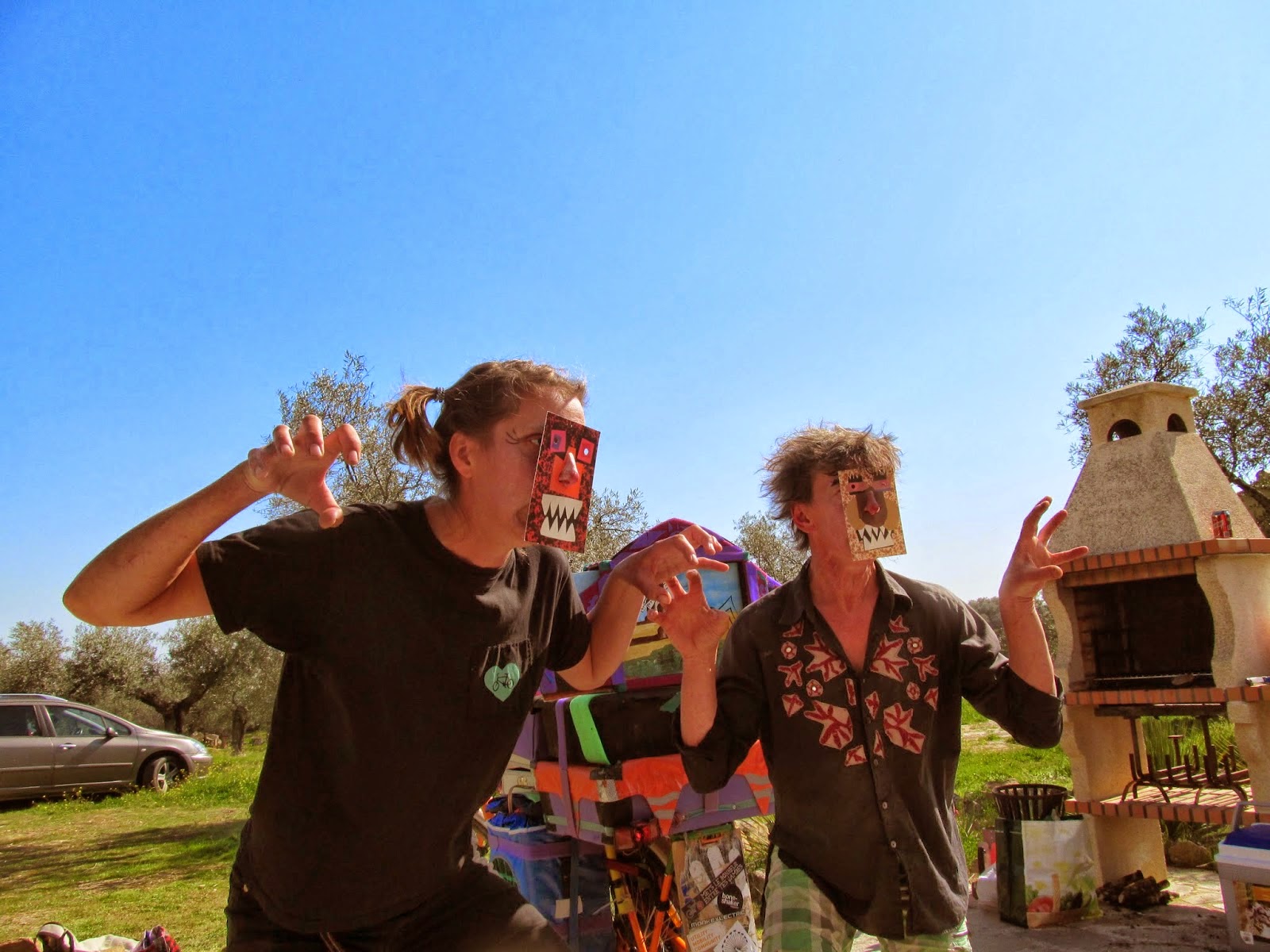 Firstly we had thought we would have both friends and family visiting over the festive season and so when our lovely cycling theatre duo Kevin and Sylvia told us they would be passing this way over Christmas and would like to volunteer with us we sadly had to tell them there would be no room at the inn.

Then as time went on our proposed visitors cried off, one after the other, and although a bit sad, we let Kevin and Sylvia know that we had space after all... they were delighted.
But then on our regular weekly check of the yurt (which we always do when it is vacant) we discovered that the roof was leaking in several places.  A gentle poke at the spot where the water was coming in and the canvas disintegrated like paper! 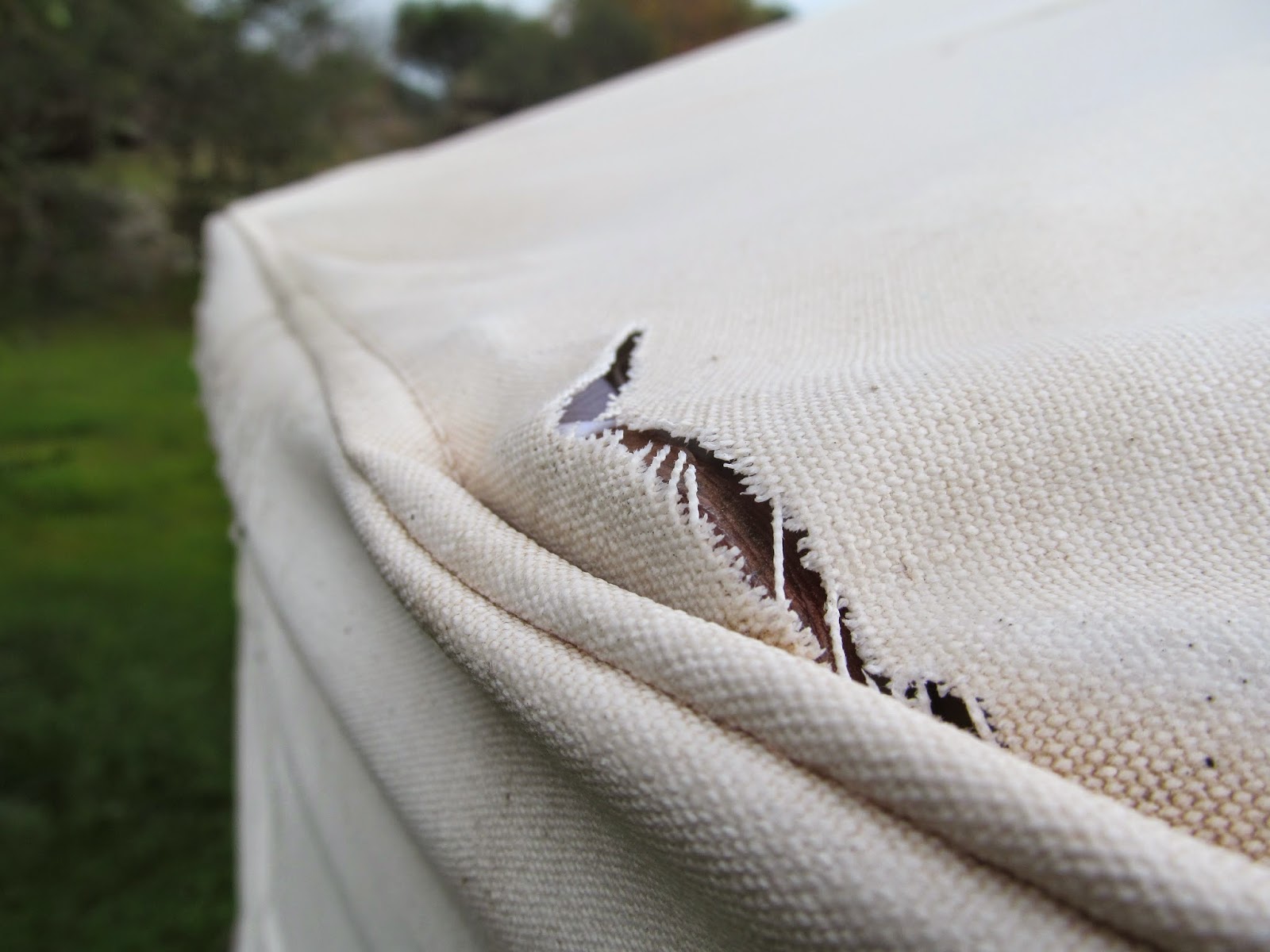 The whole of the south facing side of the yurt has begun to split and hole...   It is uninhabitable.  Sadly we had very much underestimated the strength of the sun here and we were just preparing to re proof the canvas against the winter rain when perhaps we should have been more concerned about the summer sun! 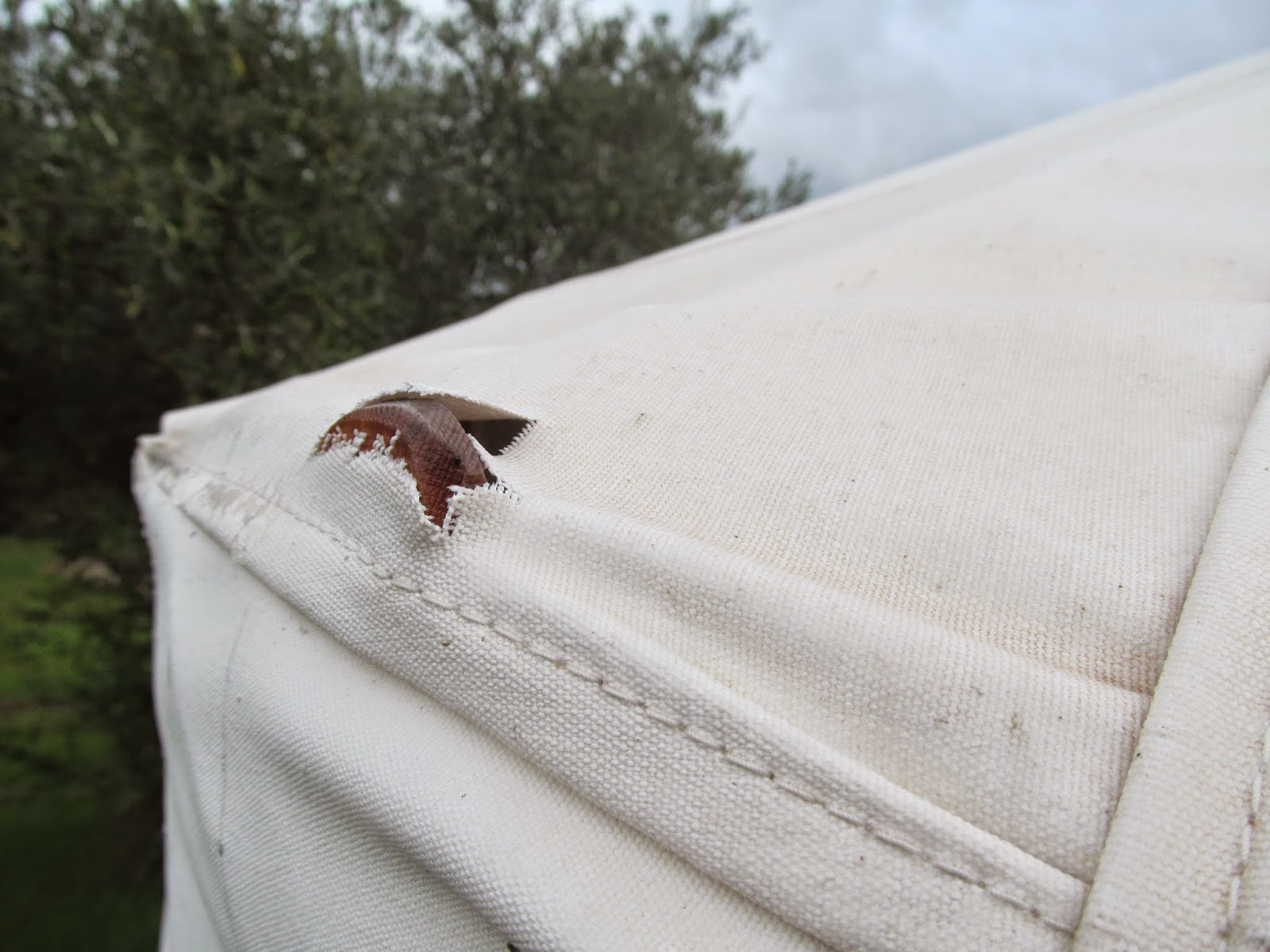 We had to cancel our volunteers.  We moved the mattress from the yurt and stored it at the house.  The bed we put up on blocks and piled the furniture on top.  Now it is a race to get the downstairs bedroom completed at the house so that we can move the furniture in there and dismantle the yurt. 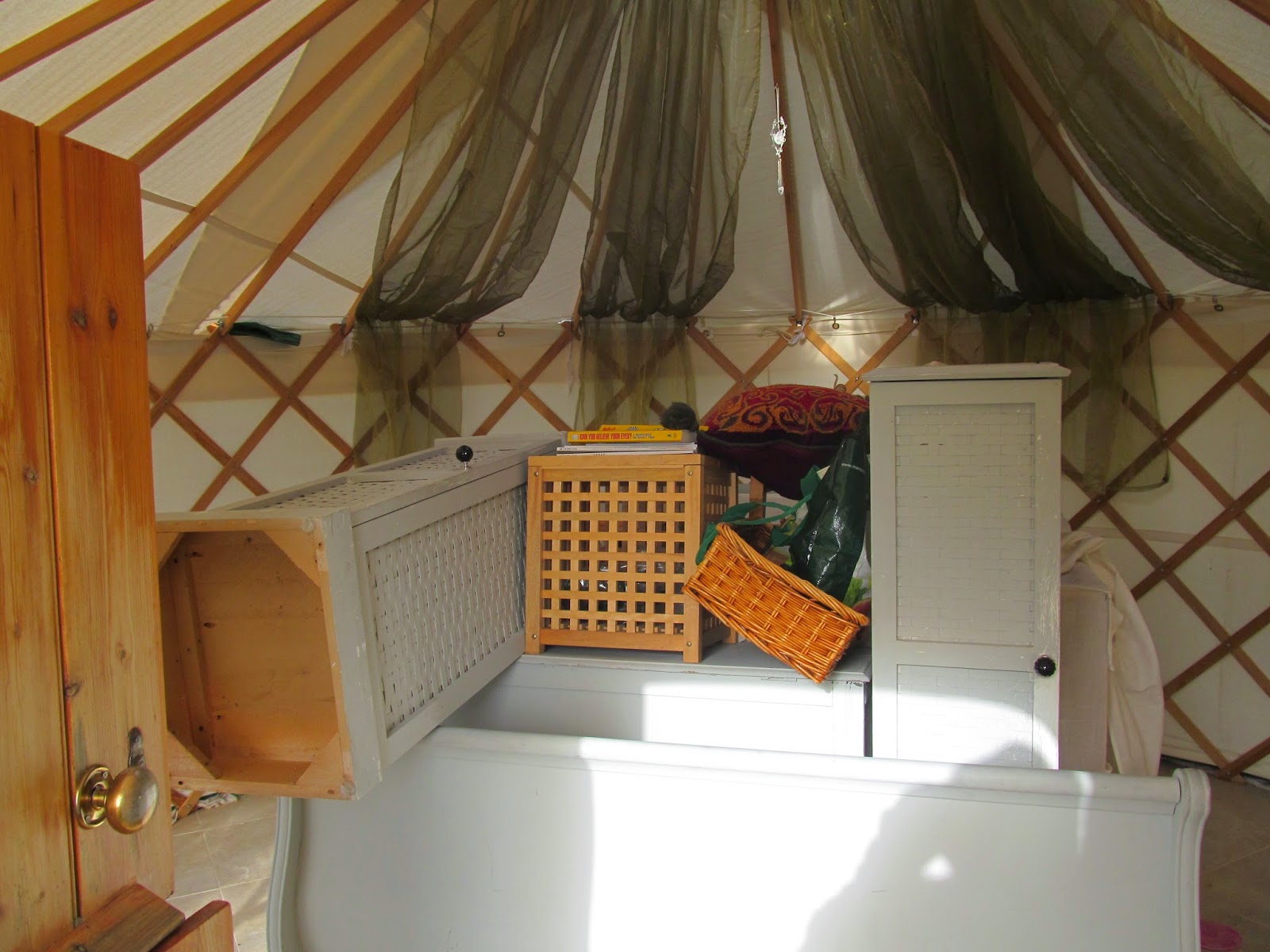 As annoying as the yurt situation was the next unfortunate event was potentially more serious.  We lit the wood burning stove for the first time this winter about a fortnight ago.  It did smell quite smokey but we assumed that was because this was the first lighting after not being used for a long time.  Most days we would light the fire in the early evening once the sun had gone down and the air grew chilly.  And every day the smokey smell from the stove got worse.  And my headaches got worse too. 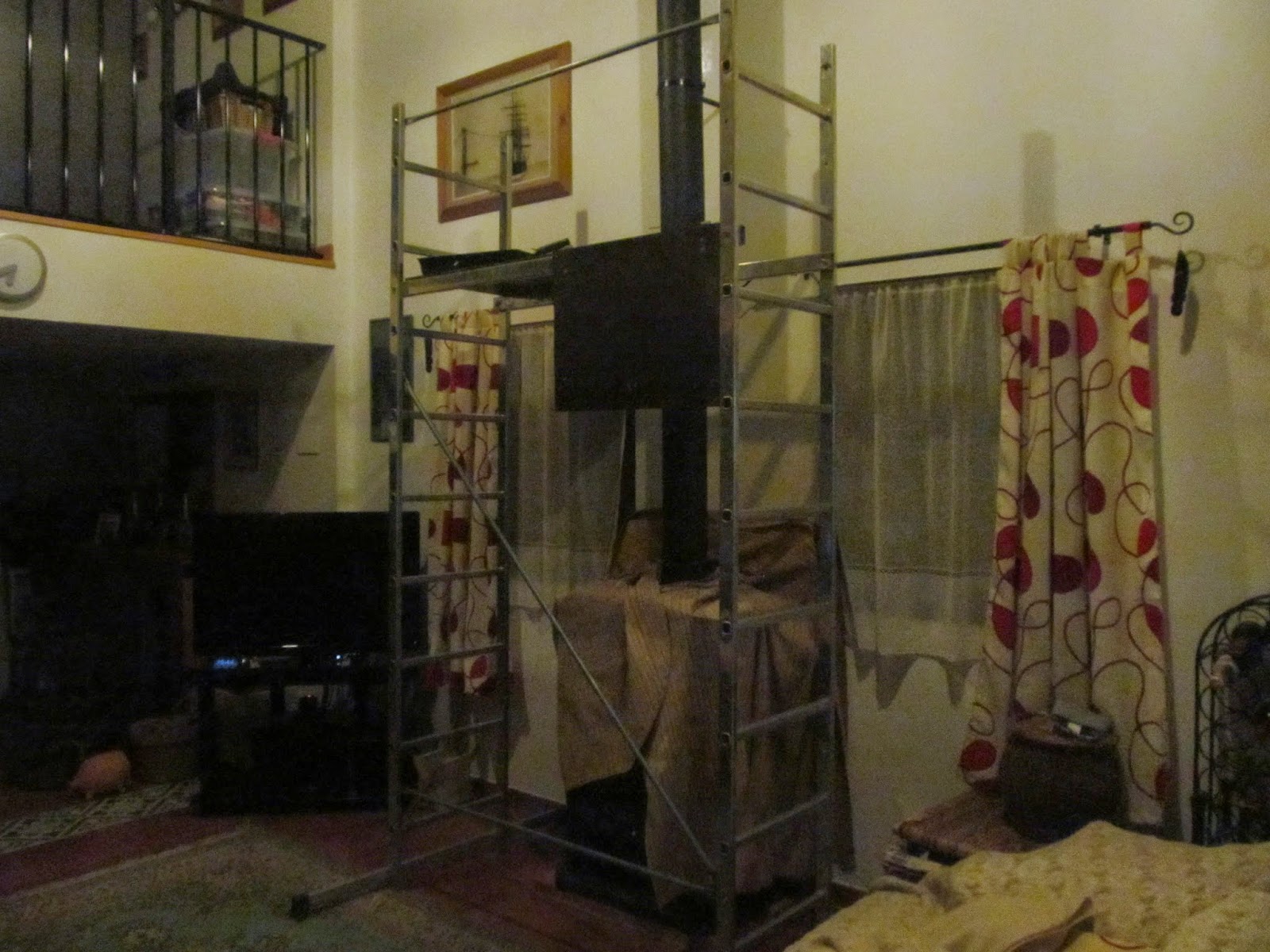 We realised that there was no draw up the chimney and that smoke poured into the room when we opened up the stove door to add more wood.  This had happened a few times last winter when the wind was in the wrong direction and we knew that we needed a new hat for the end of the stovepipe... one that would be aerodynamic and help draw the smoke out.  But it had only happened a couple of times last winter and this was now happening every day.  Finally we noticed a black spot on the wall above the chimney pipe just where it exits through the wall.  We knew for sure then that we had a leak. 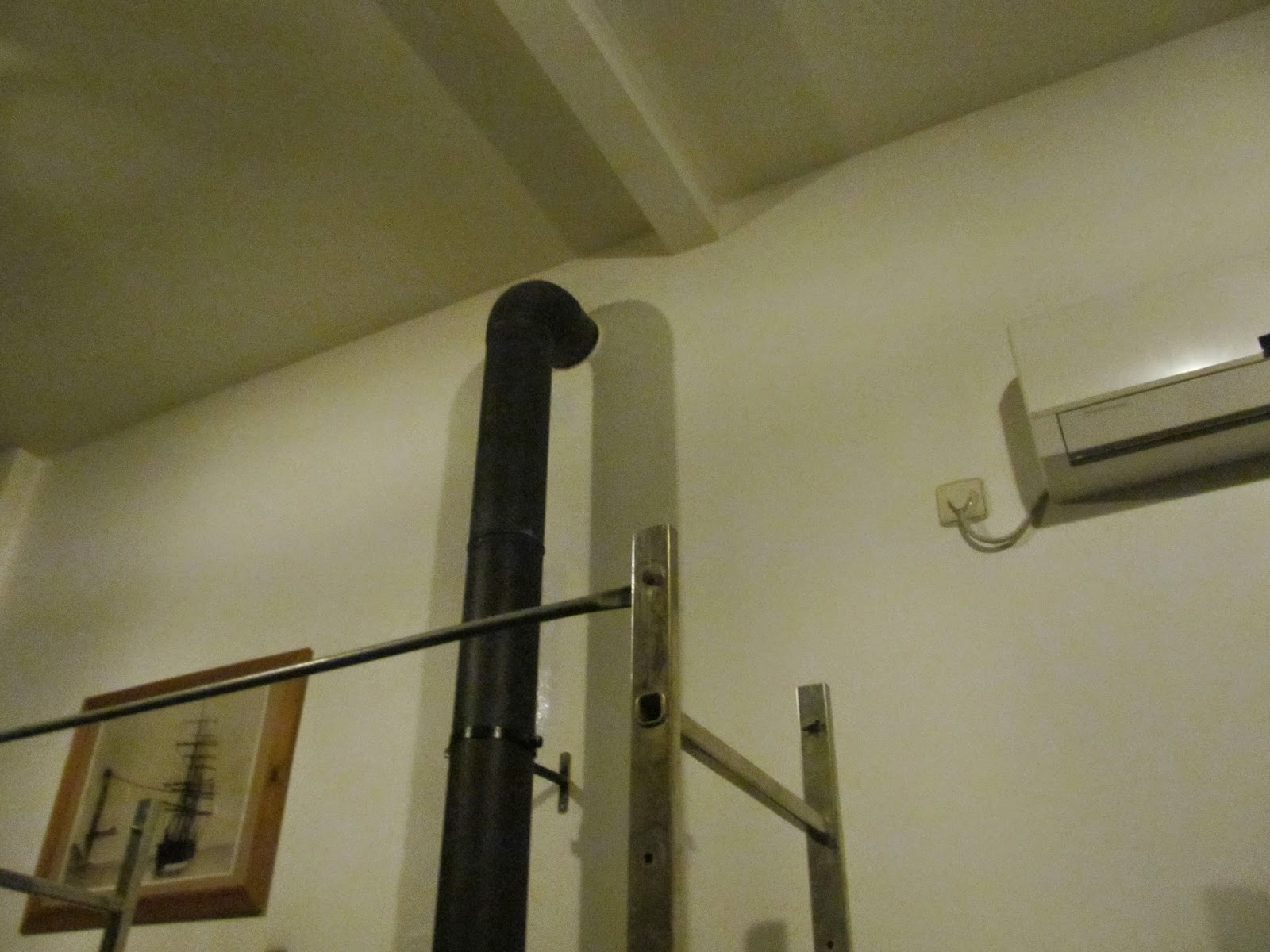 The fire remained off while Steve applied sealant to all the internal joints and repainted the wall and then we waited 24 hours (wrapped in blankets) to let the sealant dry before lighting it again.  So far so good, our repairs appear to have done the trick, but everything in the house is now impregnated with the smell of woodsmoke.  All our clothes, the soft furnishings... everything.  It isn't as awful a smell as cigarette smoke for instance but all the same I am not happy about it. 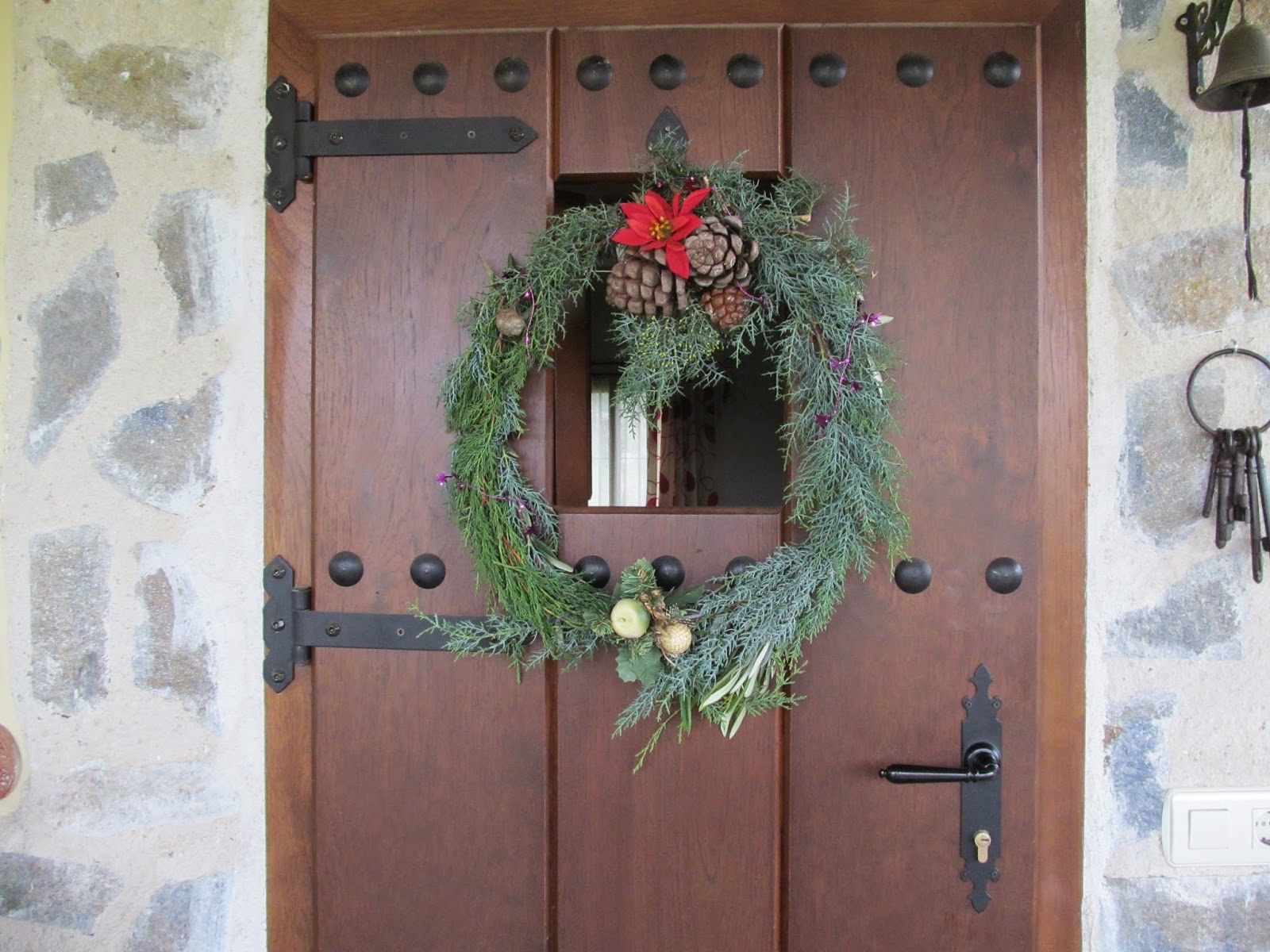 ... and then the party we were invited to on boxing day was cancelled because our friend's elderly father had a fall and was in intensive care and she had to rush off back to England.  Now this is not actually our unfortunate event but we too have elderly parents living in the UK and it is a constant background worry for us, this event just brought it closer to home.  Sending loads of get well vibes over the ether to Gisi's father. 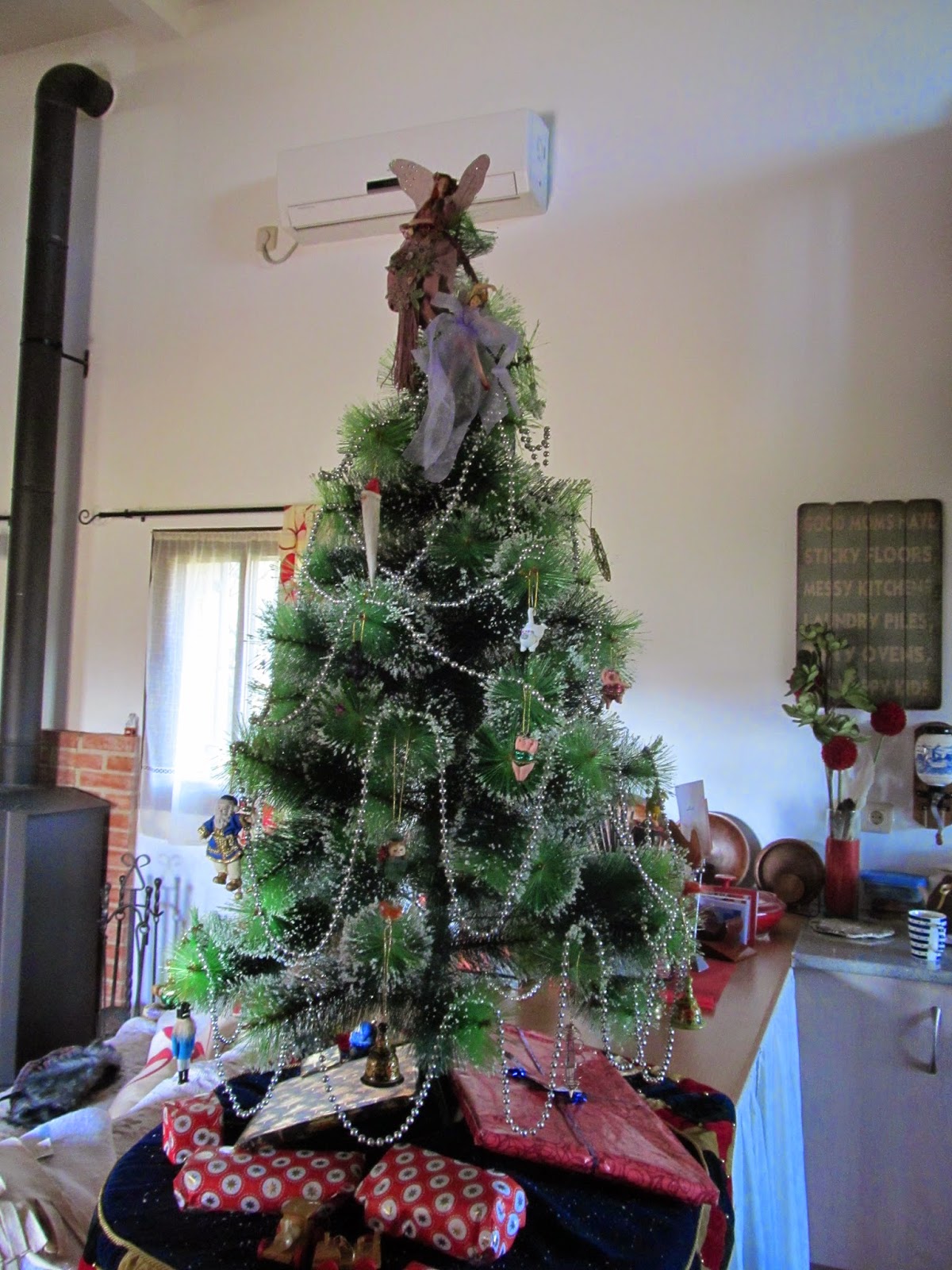 Today we put up our Christmas tree and some decorations, a day earlier than planned.  We figure that if we put the tree up on Christmas eve and then take it down on 12th night we wouldn't get bored with it.  I don't suppose one day extra will be an issue. 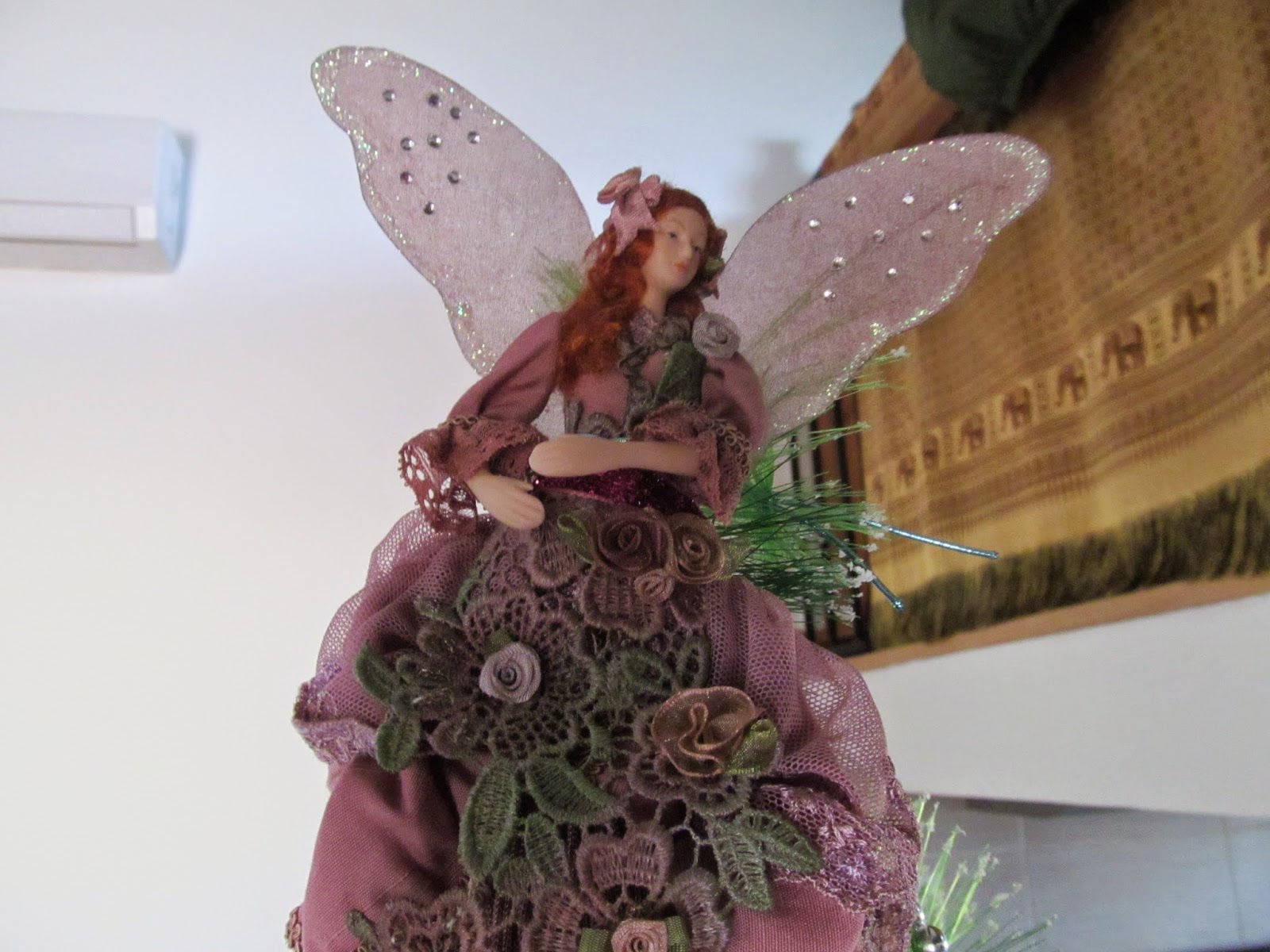 I am hoping that the recent bad luck will retreat in the face of our Yuletide merriment and that things will be back on an even keel for 2015.  Wishing all of my readers everything that they would wish for themselves this festive season.  Life is what you make it after all, and from time to time, there will always be unfortunate events.


Building Family Festivals life the universe and all that Spain Volunteers What is a Technobilly?