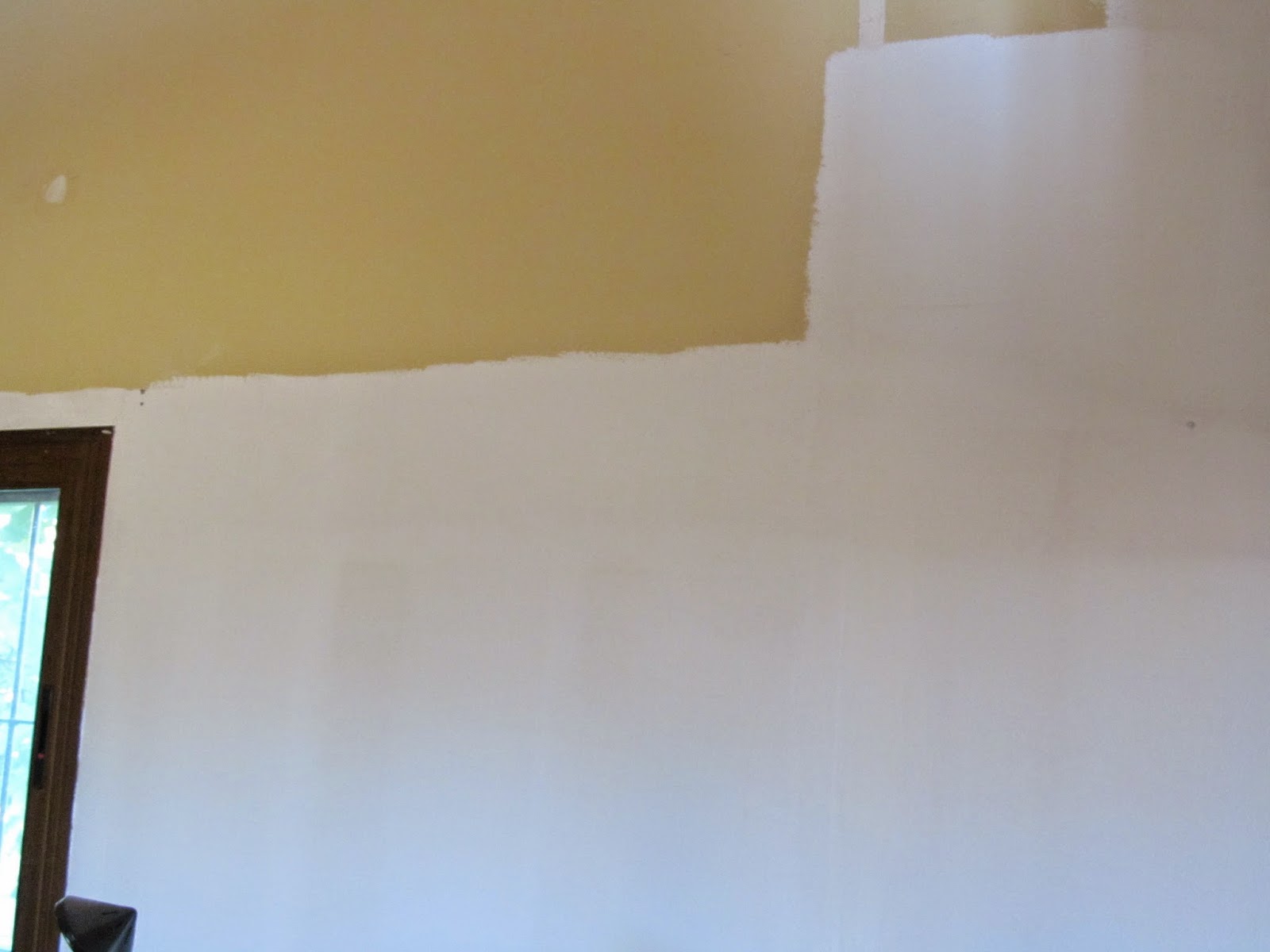 It's only taken a year but at last we started painting the inside of the house.  Work progresses slowly but at least the worker is clean and tidy about doing it.  Which makes all the difference when you have to live in the house while its being painted.  Well done Steve... keep at it... the end is in sight! 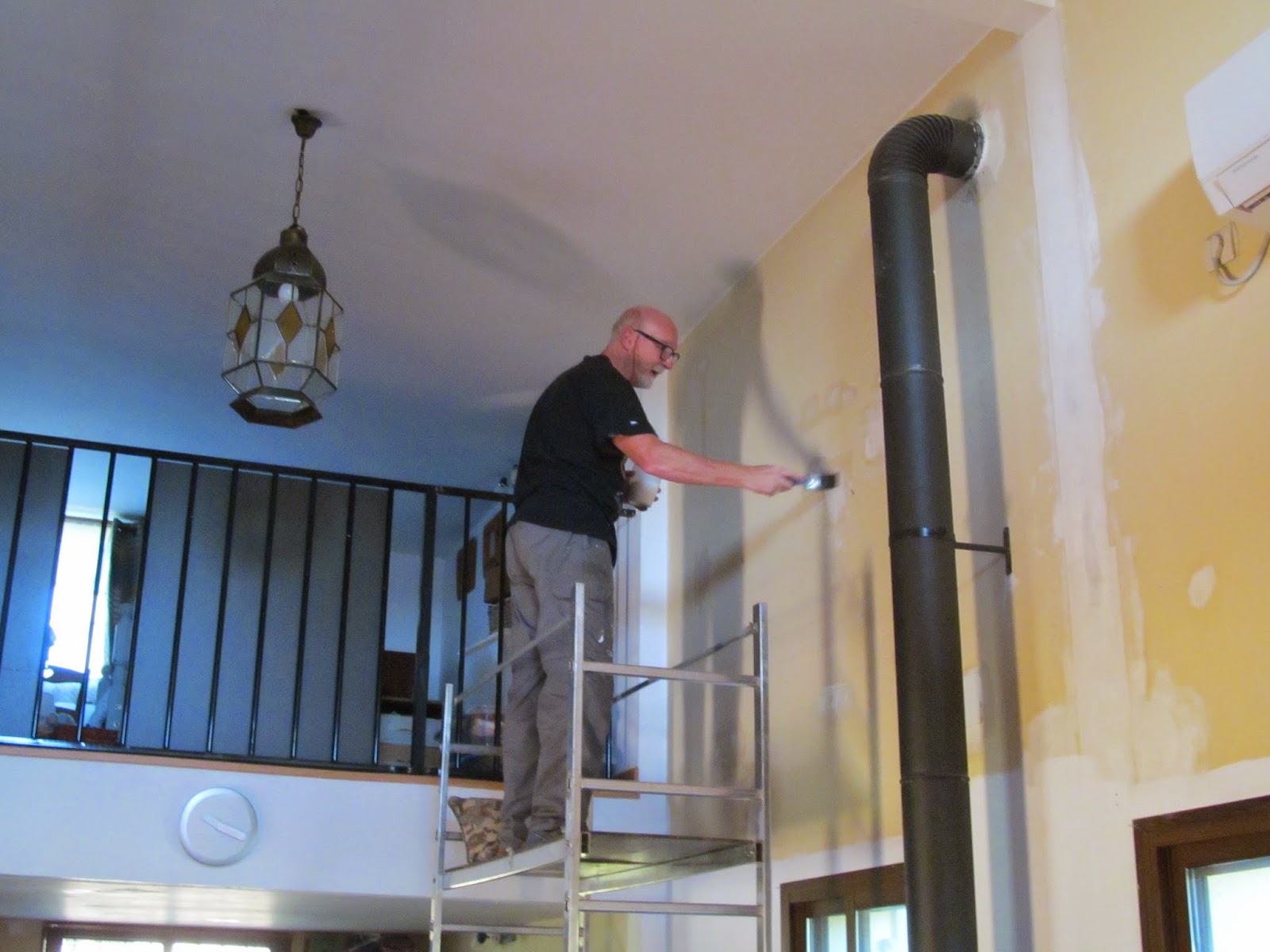 While painting around the window area Steve exclaimed... 'My goodness look at that!'  And there he was...... 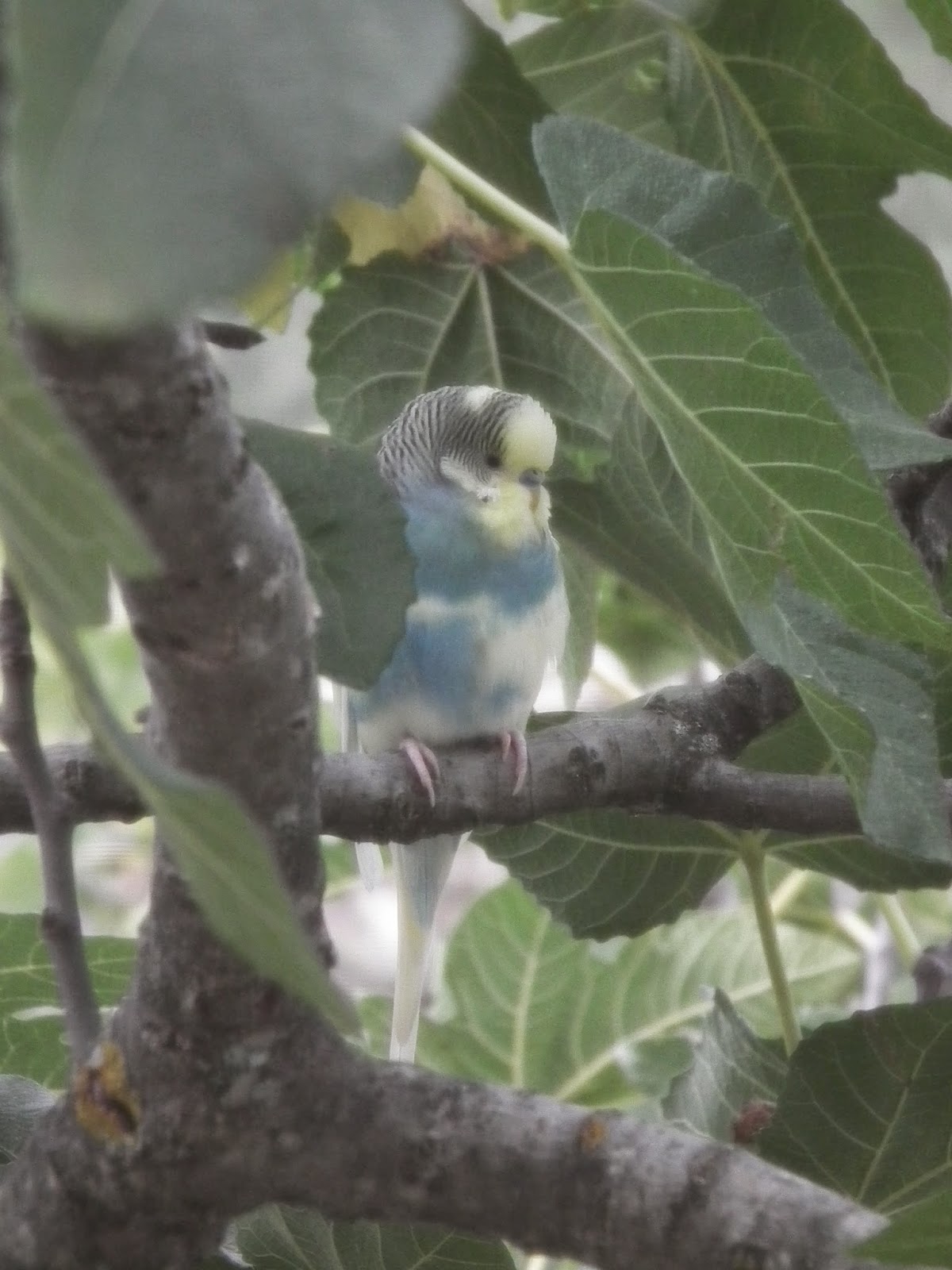 ....chirping away in the tree. 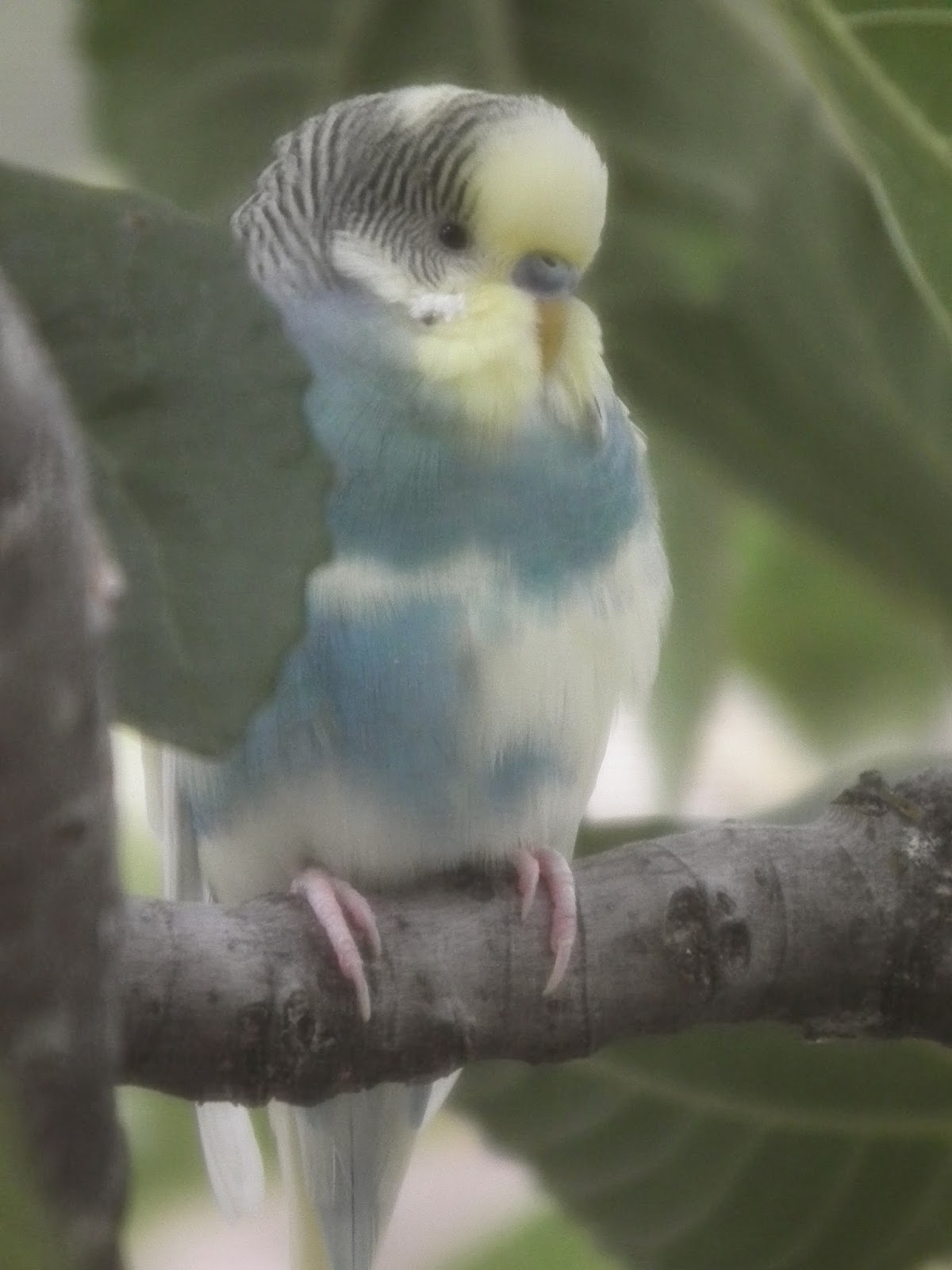 Well.  He must be an escapee methinks so we hastily put some crumbs out onto the table on the veranda and called to him... in both English and Spanish as well as some pretty bog standard trilling that one imagines makes sense to captive birds... 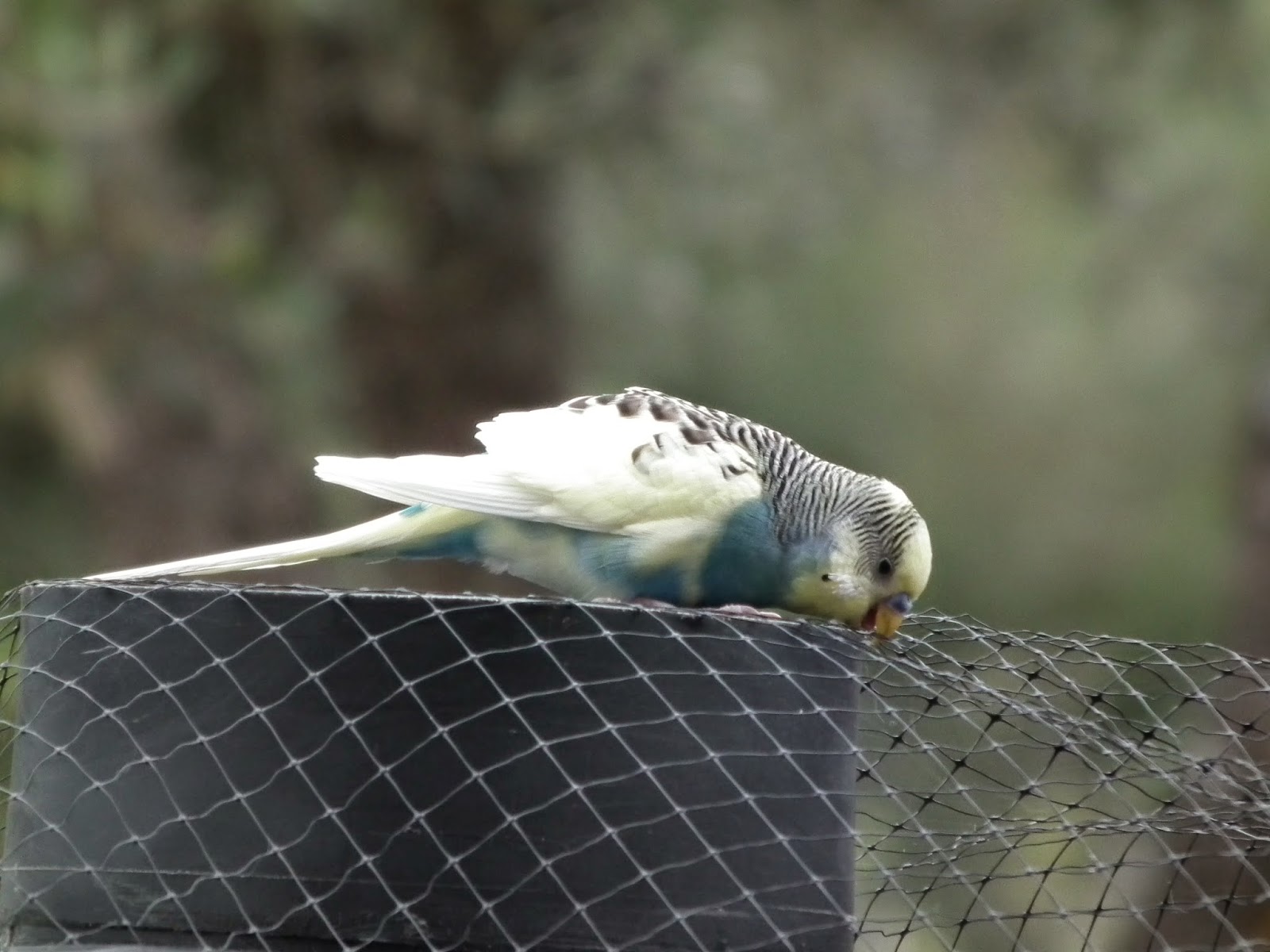 And yes he came round to the veranda and perched quite close. 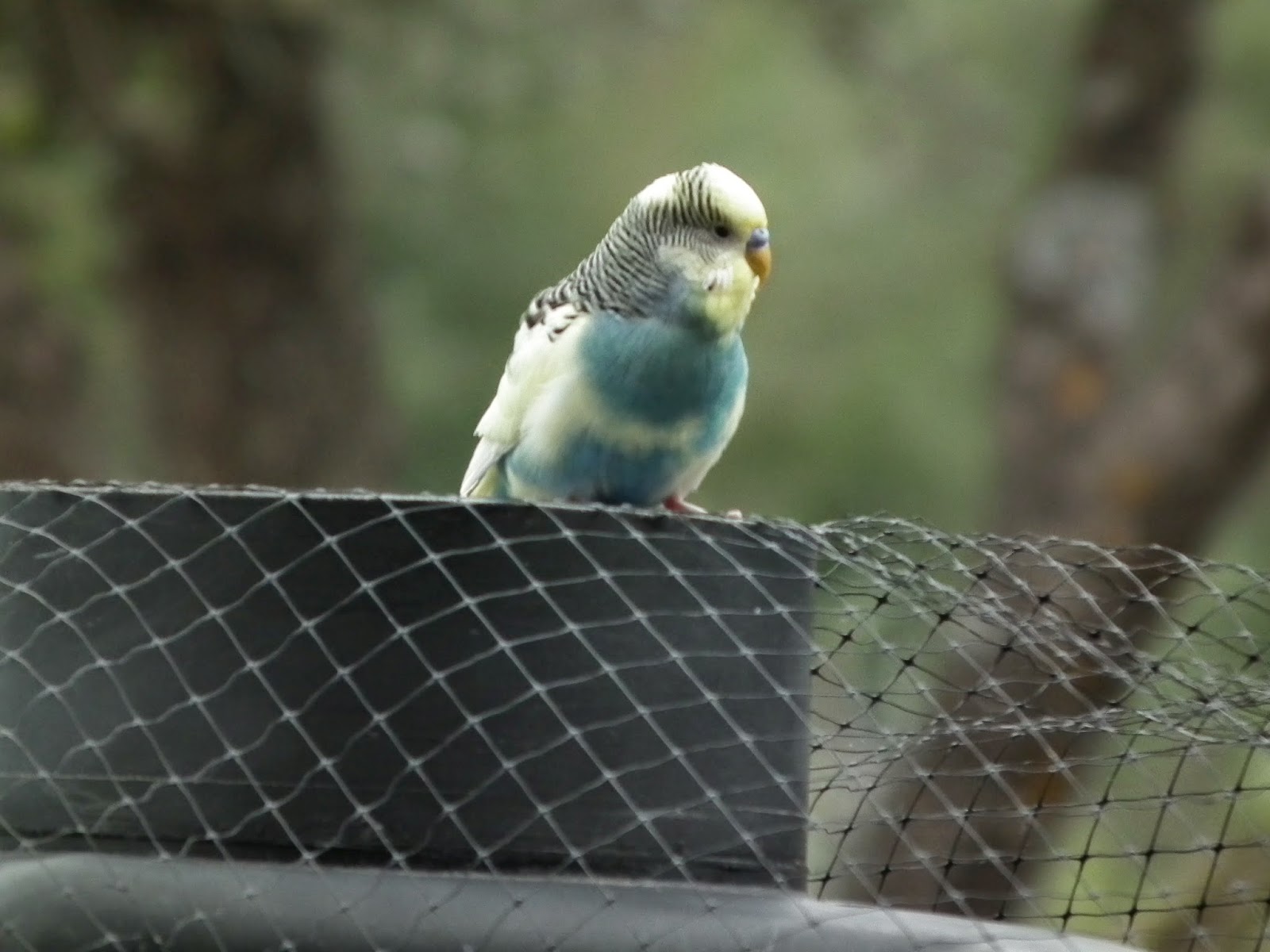 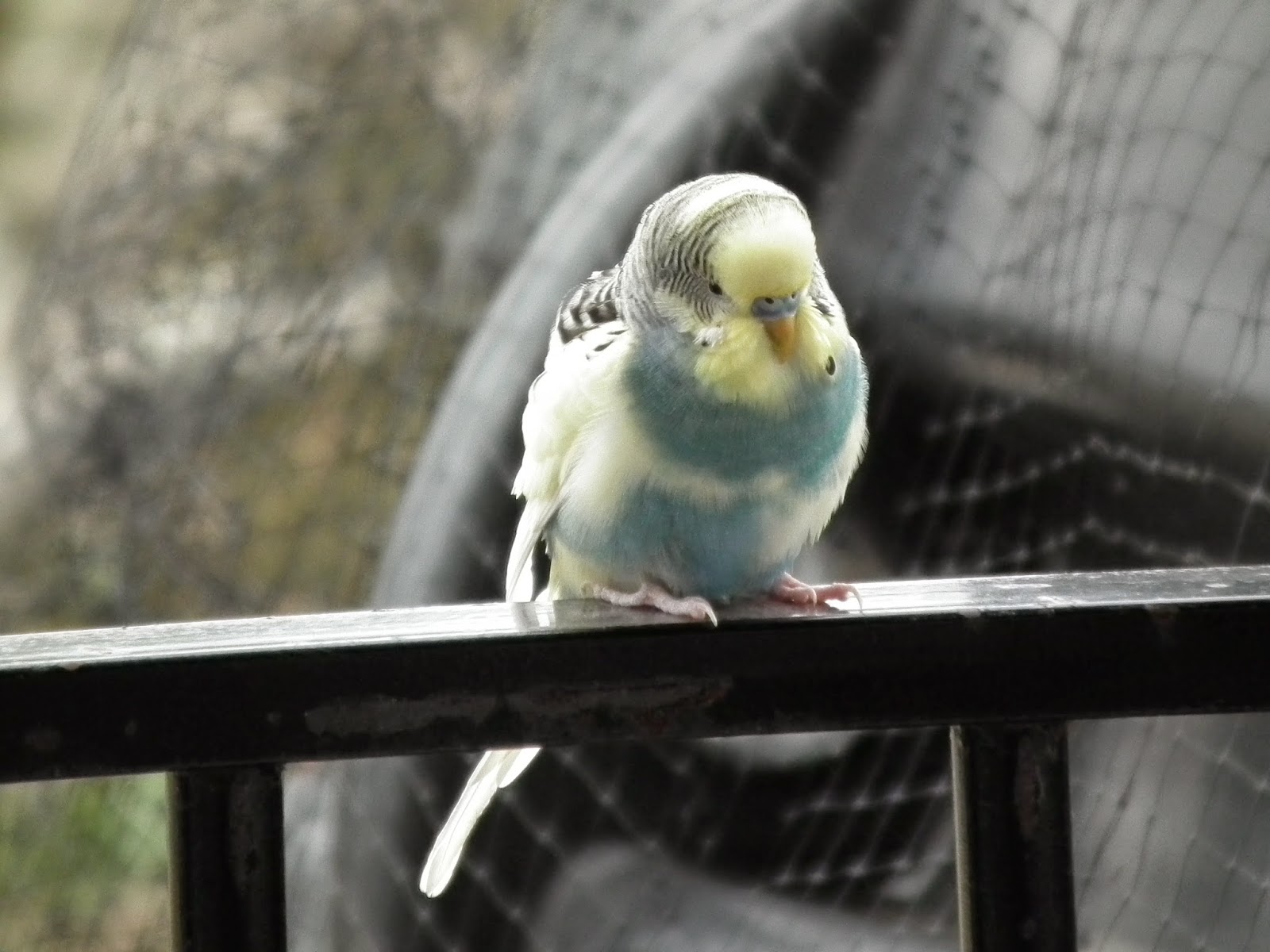 Then he flew to the table but before he could eat anything, Fergus got excited and rushed over to him, at which he flew up to the bar that runs around just below the veranda roof.  And there he sat for a while.  I called to him, I held out my hand in the hope that he was friendly and used to people and might come to me.  But to no avail. 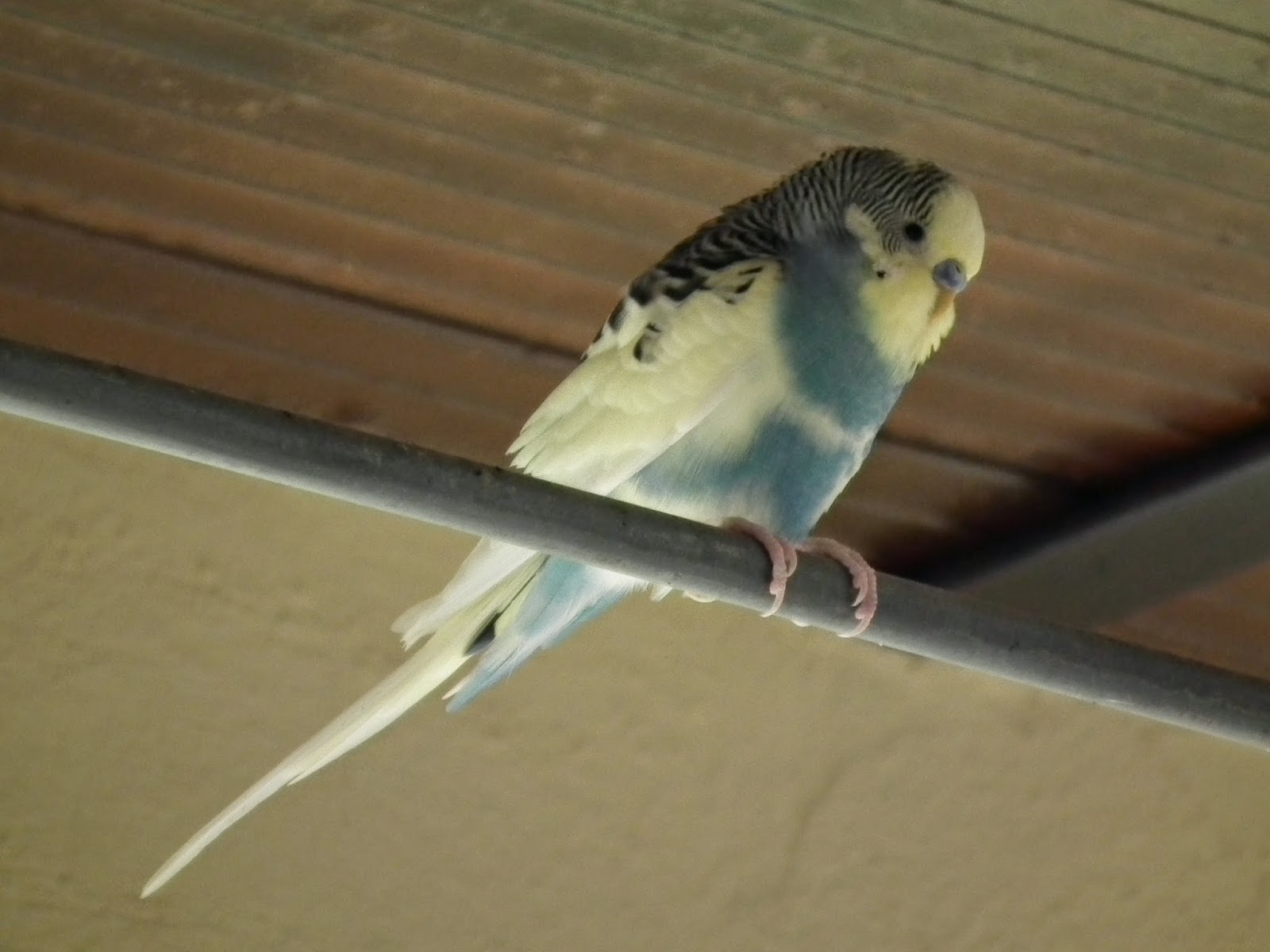 He gave a couple of bobs and then flew off chirping loudly, flew an entire circuit of the house and then disappeared into the wide blue yonder.  No doubt calling back to us 'why would I go back into captivity when I have all this.... '  Why indeed.  He hasn't come back.  And it's cold outside at nights and last night we had torrential rain.  I do hope he is ok.