- October 14, 2014
The glorious 12th.  Here it falls in October not August.  The day dawned a bit wet and dreary after torrential rain the night before.  But the hunters will not be put off so easily and barely was the sun up than we heard the sound of gunfire echoing around the hills. 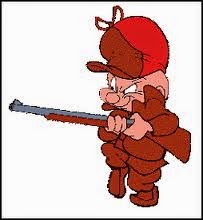 Our finca is registered with the local council as Terrano Cercado... Closed ground... no hunting allowed, no hunters allowed on our land.  Previous owners did this because before the fence was built the hunters would simply walk onto the land and chase and kill whatever they wanted and it was perfectly legal for them to do so.  Now that it is registered as closed it isn't, but that doesn't stop them trying to scale the fence if a crafty partridge has sailed across it in plain view.

I don't mind the hunters.  I have no objection to the killing of wild game for the table.  I have no objection to the hunting of the fox, I keep chickens so how could I?  What I dislike is the gang of barely under control, very excited hunting dogs that always accompany them.  Last year we had to chase a hunting dog off our finca when it crawled through the stream tunnel in pursuit of ... something, probably just a smell.  But once on our land it was determined to get to our free range chickens and the owner who was patrolling the outside of the perimeter fence was not really concerned, didn't even call it back.

This year we have had the inevitable hunting dog (without owner) desperate to get to the geese on our side of the fence.  Barking and squealing and running backwards and forwards for nearly an hour before it gave up.  We have been very careful to check the boundary fence for breaks.  We are secure except for the stream.  We did place wire across the stream tunnel but the force of the water washed it away.  We check every day and replace it.

The hunters are looking for rabbits (we have some on the finca but they are very shy, we rarely see them), or partridge, we have seen them  in significant numbers, running along the lane in front of the car.  And we often hear them in the neighbouring finca's calling to each other.  There are wild boar in these parts too but we haven't seen them, or any sign of them but I don't think you have to go too far to find them.  They have been hunting here for hundreds of years without apparently making a dent in the wildlife.  Numbers would appear to stay roughly the same.  I am not surprised.  Hunting isn't easy and more often than not the hunters return home empty handed.  Well you've seen the cartoon...  and in that way I guess the system is self balancing... and that's fine by me. 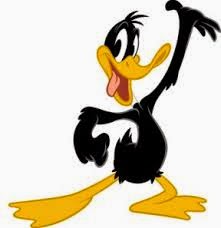 Animals Chickens Geese life the universe and all that Snow