- August 01, 2014
We live near a town called Miajades.  Miajades is the self proclaimed tomato capital of Europe.  They have at least two tomato processing factories and the surrounding countryside is full of fields of tomatoes.  We also have the best climate for growing tomatoes outdoors and they are just about ready right now.

Last year I was astounded by the amount of tomatoes that I saw going into one of the processing plants but its really hard to stop on the side of the road to take photographs... but this year we risked it. 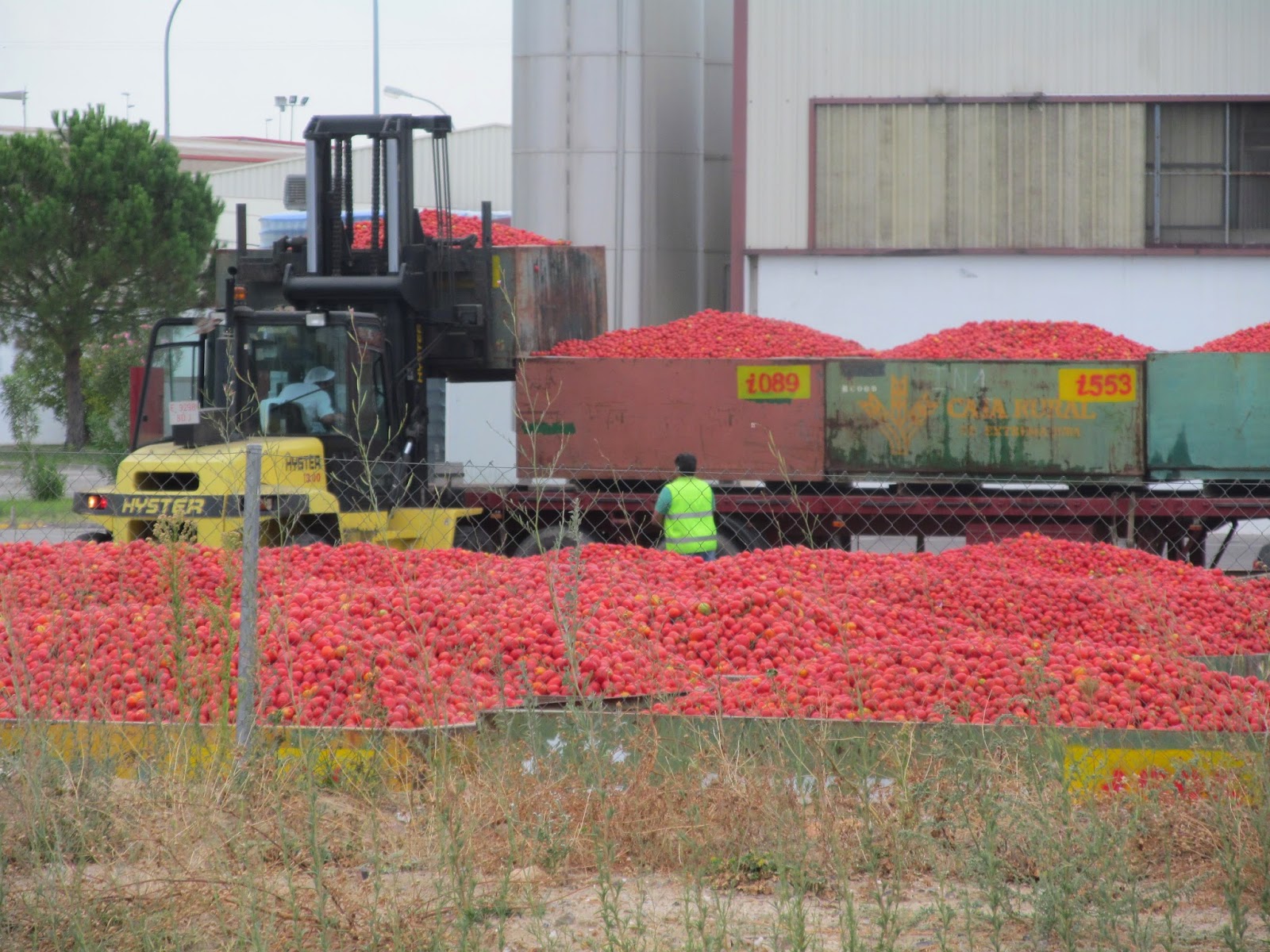 The tomatoes arrive in huge skips on the back of very long trucks.  There is often a queue of several trucks waiting to unload and they each carry at least four skips.  The skips also queue up in front of the factory until the forklift truck comes along and hoists them onto the washing station.... 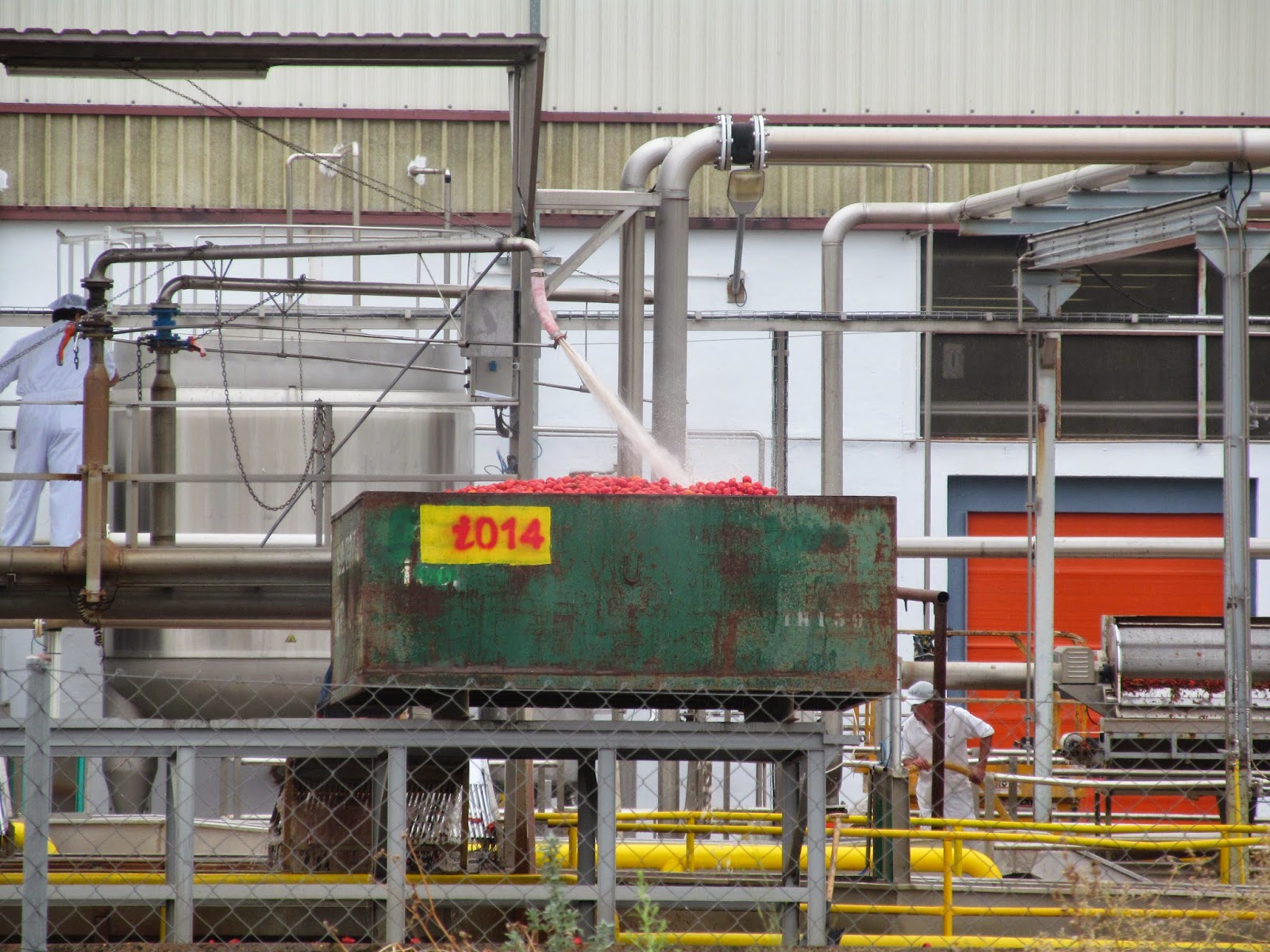 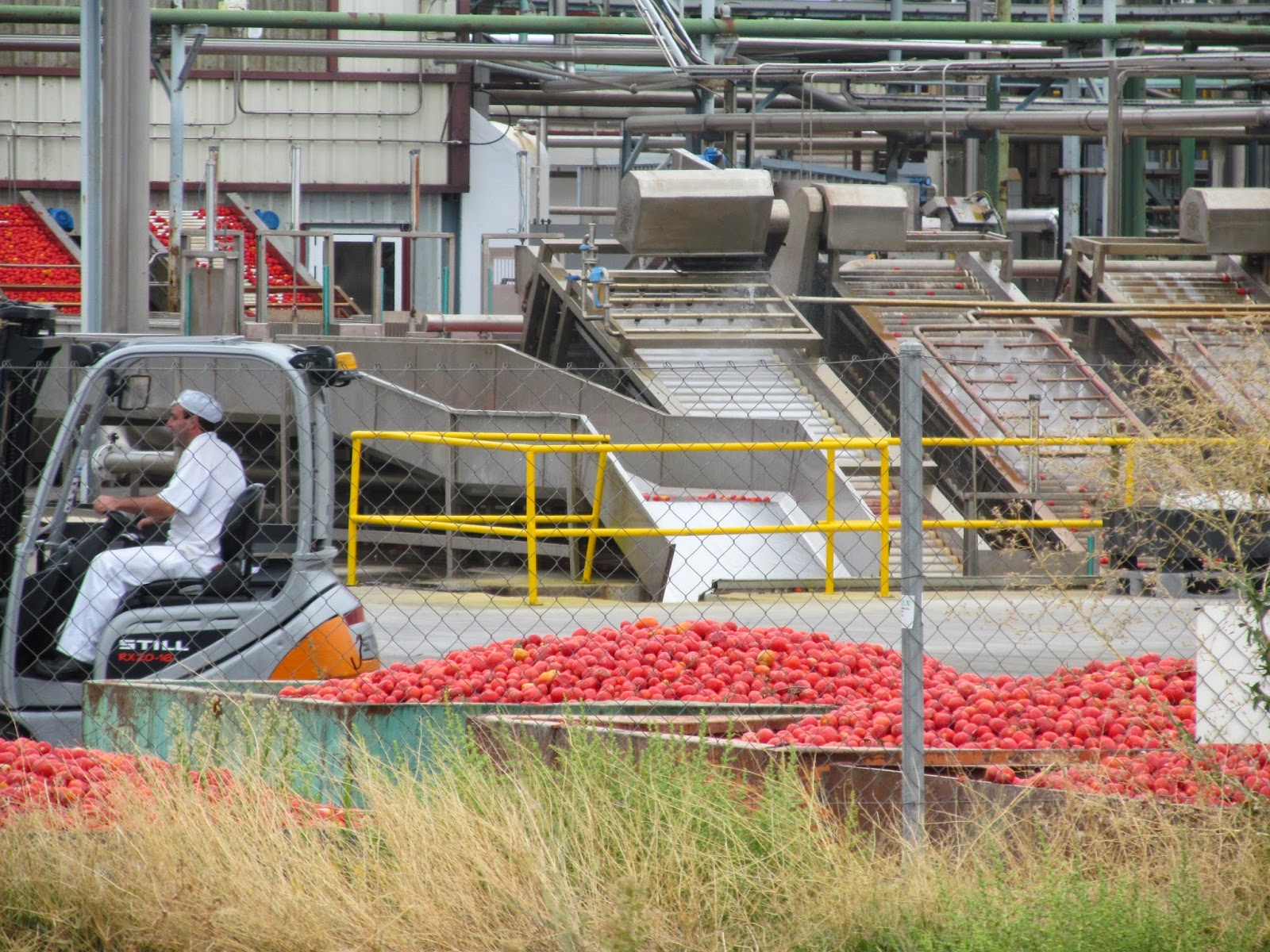 The tomatoes are hosed with water and eventually they float out of a small door in the skip and onto a conveyer belt.  On the belt they are washed again while being carried on into the factory for processing.  The name on this particular factory is Gallina Blanca (a type of chicken stock) and Star (?not seen any products in the supermarket with this on them) but they also have Nestle and Buitoni signs on the gate.  The other factory is called Tomix but I think we can assume that the tomatoes are all going to end up as Passata or Frito as it is called here. 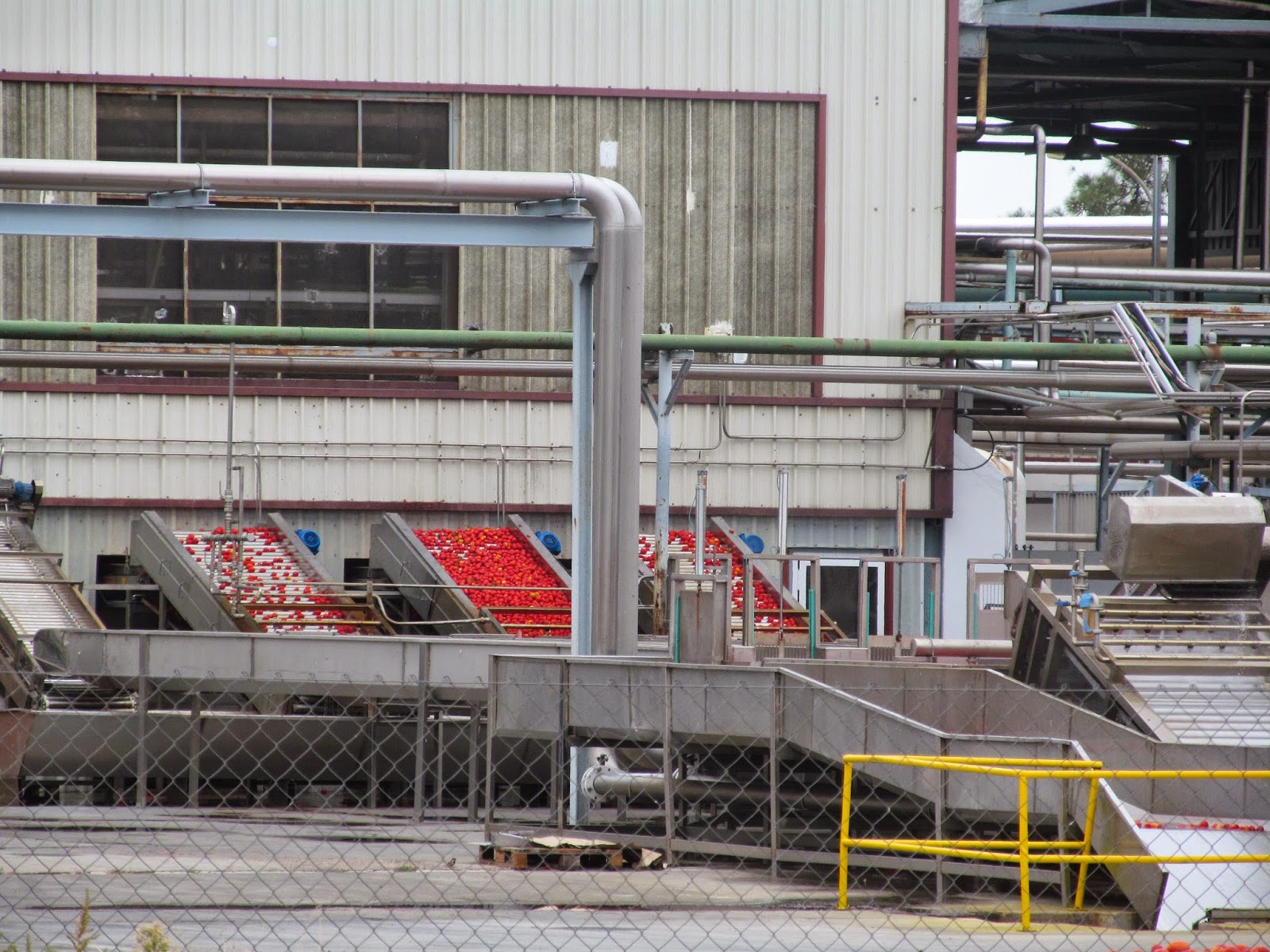 The skins are brought out on another conveyer belt and dumped into a different skip - later we will see these on the fields for the sheep and goats to eat. 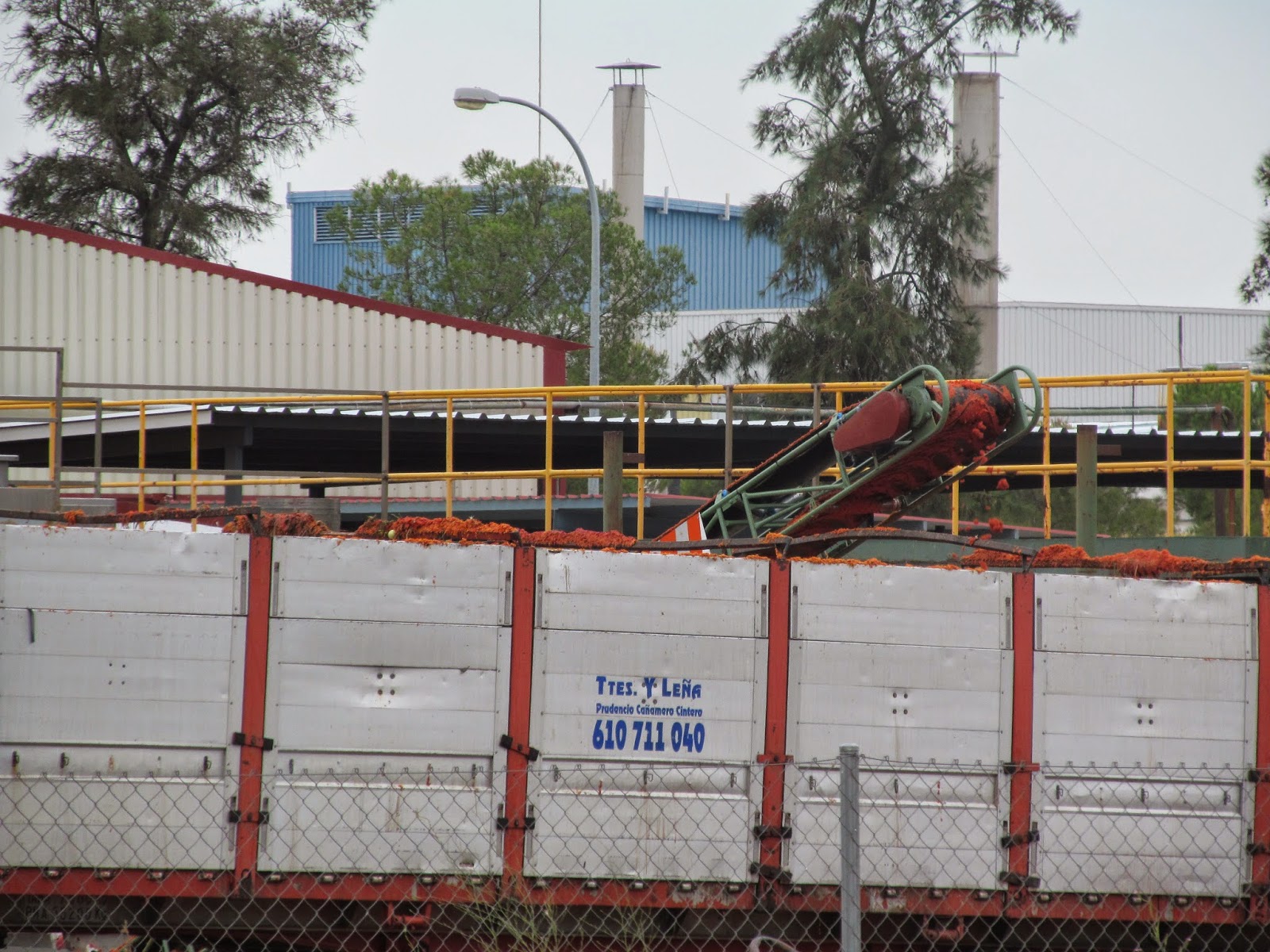 What happens inside the factory is a mystery but the smells at this time of year are reminiscent of an Italian kitchen - as you can imagine!  At other times we have smelled the unmistakeable aroma of chicken stock.  Since a lot of the work is going on outside and perhaps only the cooking inside I guess the factory is multi purpose. 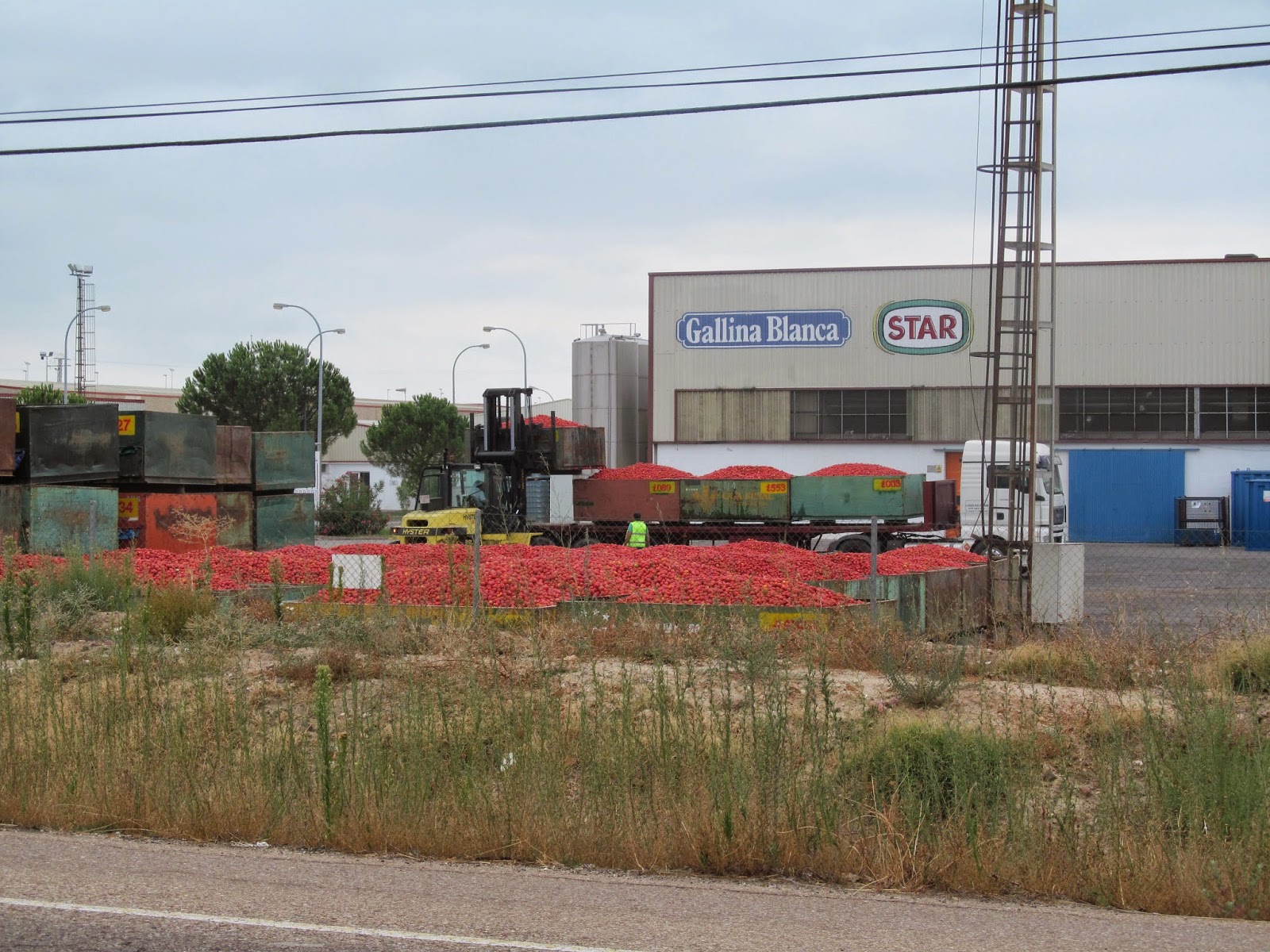 At this time of year the roads into the town are littered with spilled tomatoes.  But no one rushes to pick them up - they sell on the market for less than a euro per kg and the price will drop again before the season is over.  It makes me wonder why I bothered to grow my own.  The taste of home grown veg is usually so much better than what you can buy in the shops, but not here... the quality of the produce on the market is so good, the stuff I have grown myself does not always taste better.  This was a bit of a surprise to me and we may decide to stick to growing unusual things that we can't get on the market in future.

Oh and just so visitors are aware of Miajades's status as the tomato capital, they put a giant tomato on a stick at the main road into the town..... 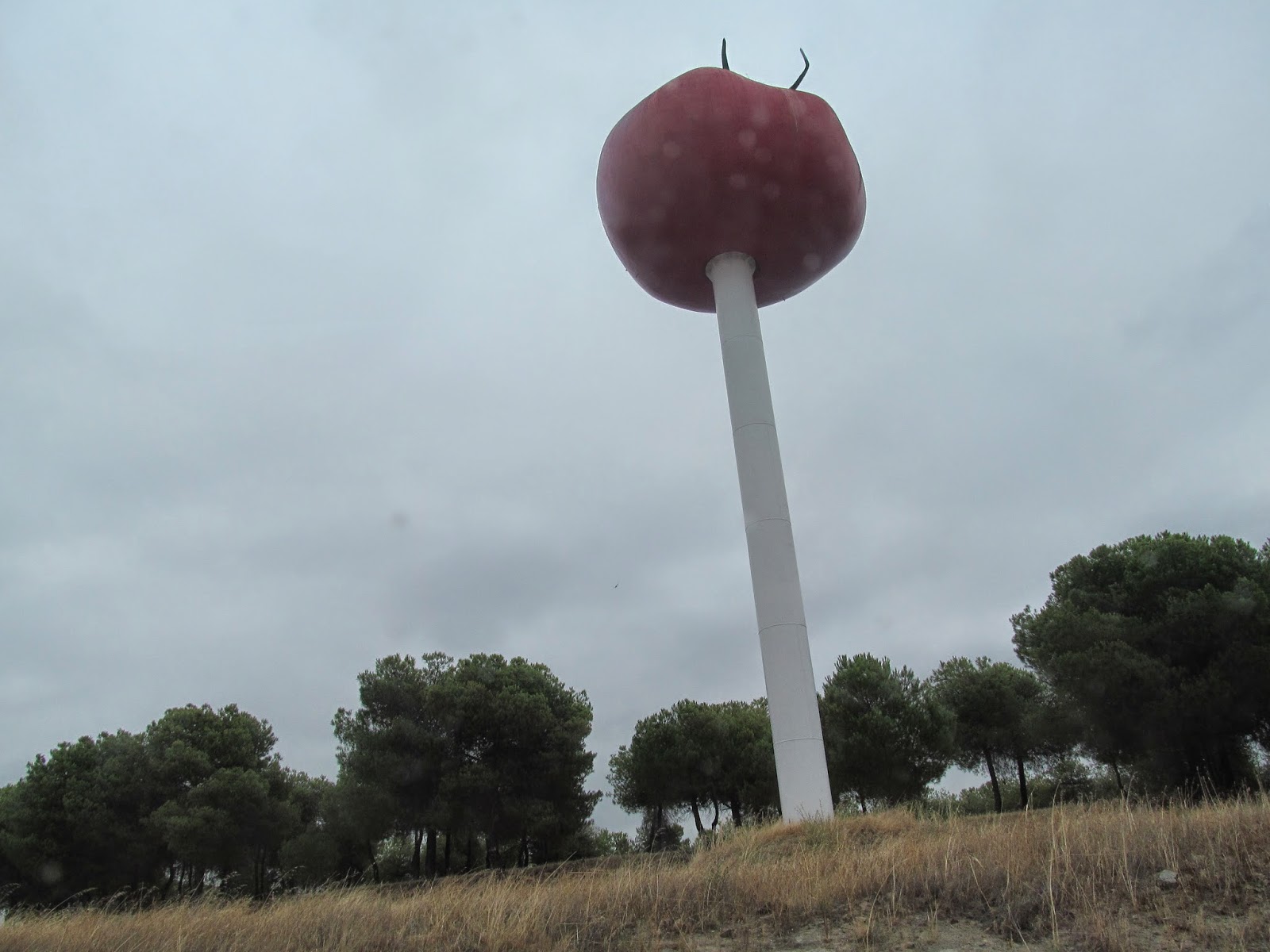 ...apologies for the blurry photo but there really was no where to stop! 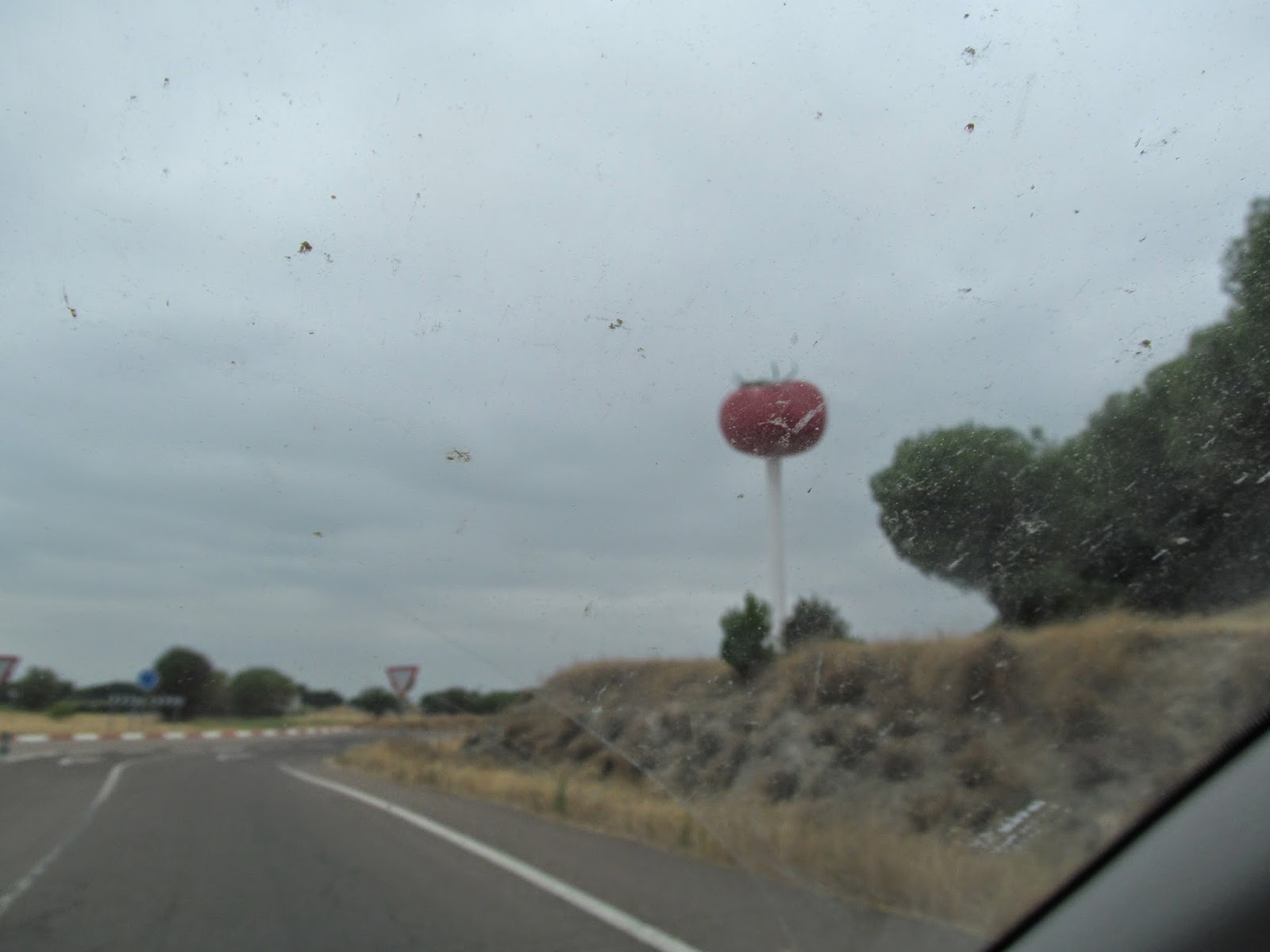