From Ghoulies and Ghosties and long leggedy beasties, and things that go bump in the night, dear Lord deliver us!

We have seen neither Ghouls nor Ghosts here and the bump in the night is usually the dog getting off the bed (or back on again) but the long leggedy beasties... well we have them aplenty! 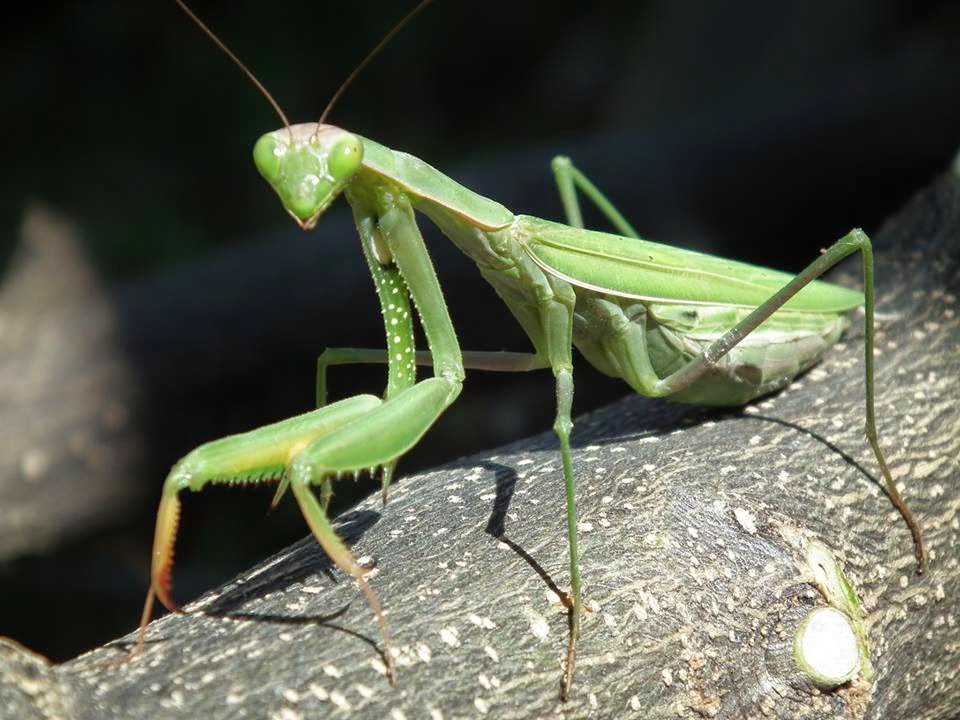 And its taking a bit of time to learn how to deal with them.  Last year we had several encounters of the insect variety that both delighted and repulsed us - sometimes both at the same time. 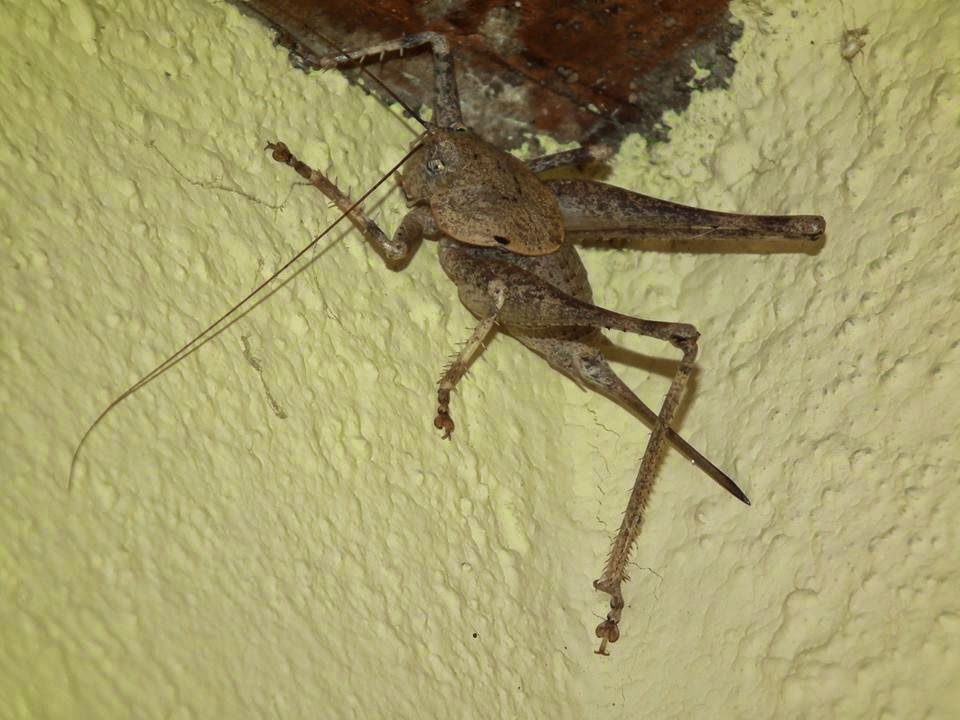 I am mostly fine with the creepy wildlife around here so long as it stays out on the Finca and doesn't enter my living space.  Anything that comes into my living space is unceremoniously squashed.  I make no apologies for that - this is the only way I could continue to live here. 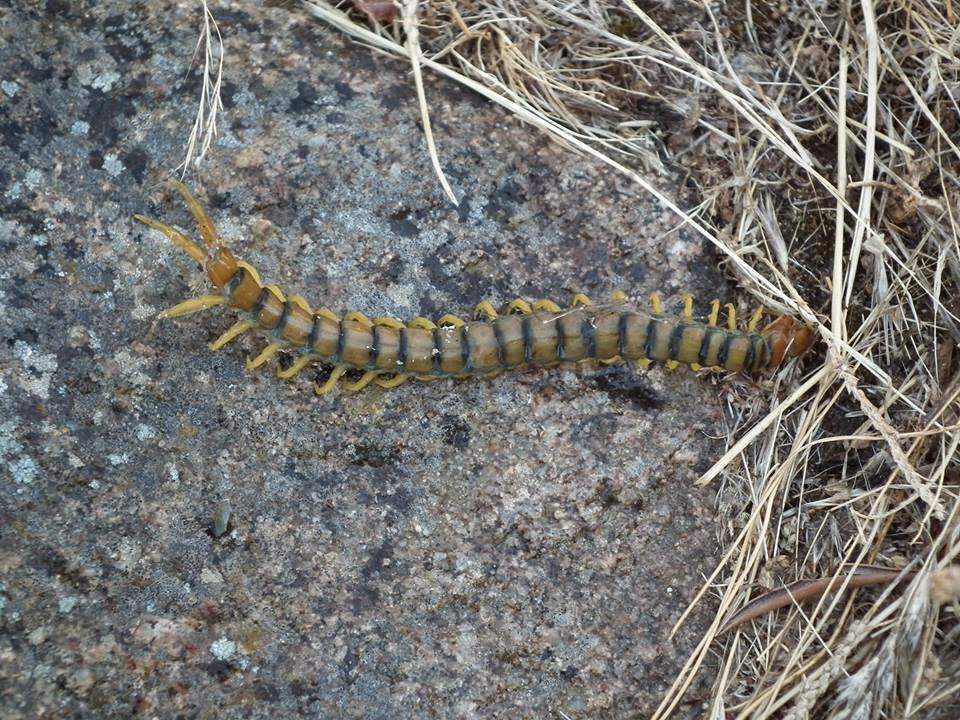 Although encounters are never on a daily basis, sometimes it can seem like they all come at once, and usually not when there is a man around to deal with them!  For example.  Yesterday morning, while hubby was out for a cycle ride, I noticed that the moth trap in the kitchen cupboard has been doing its job and has caught a large number of moths and I decided to photograph them for the blog. 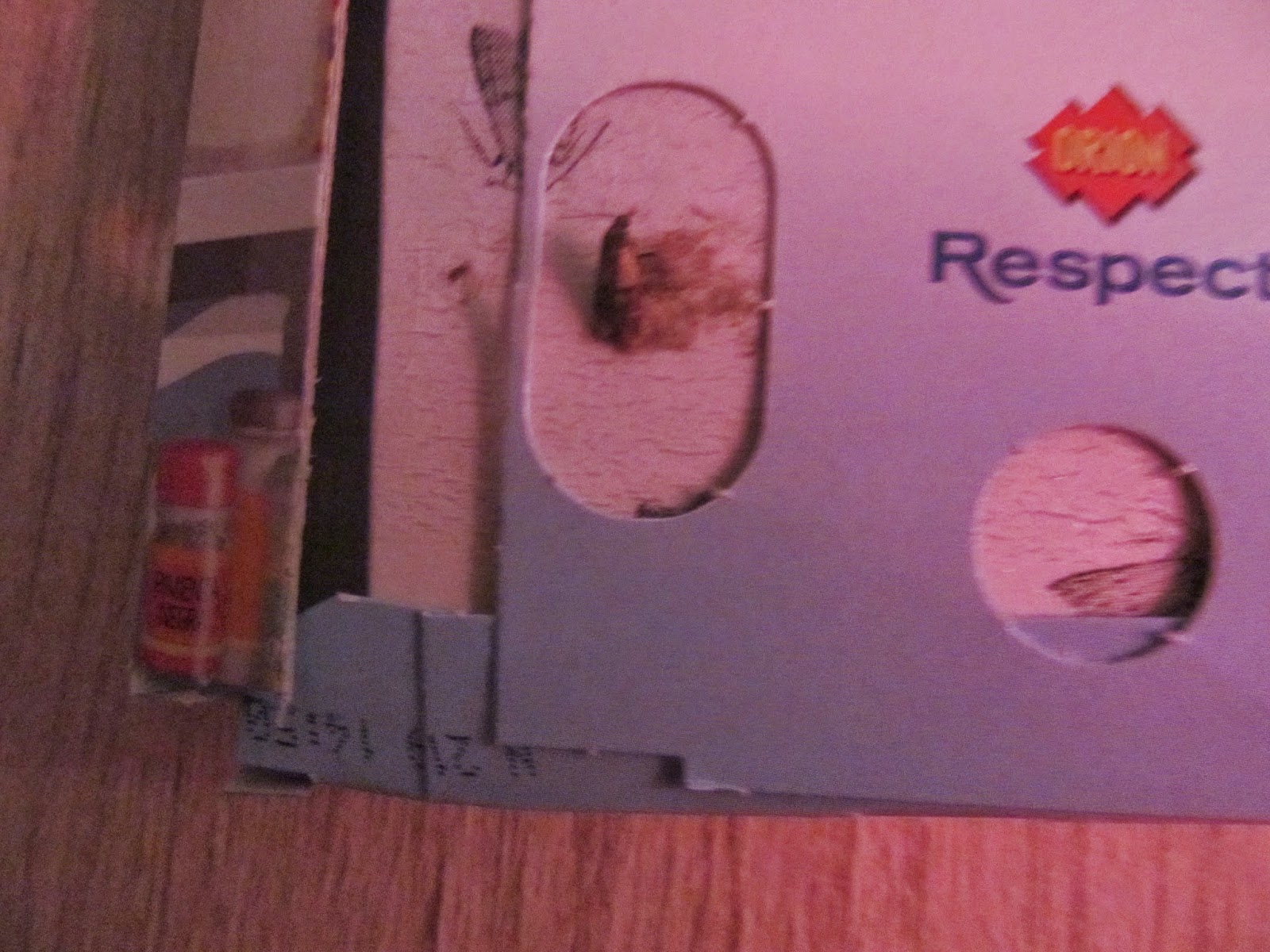 After which I boiled the kettle for tea and on opening the fridge to fetch the milk discovered a rather large spider in the fridge door.  In the fridge door???  It had snuck a ride in on the concave bottom of a bottle of cider where it had made a little nest of cotton-ey fibers.  No sooner had I dealt with that than I went to get the mop and bucket from the veranda and in moving the bucket discovered a scorpion underneath. 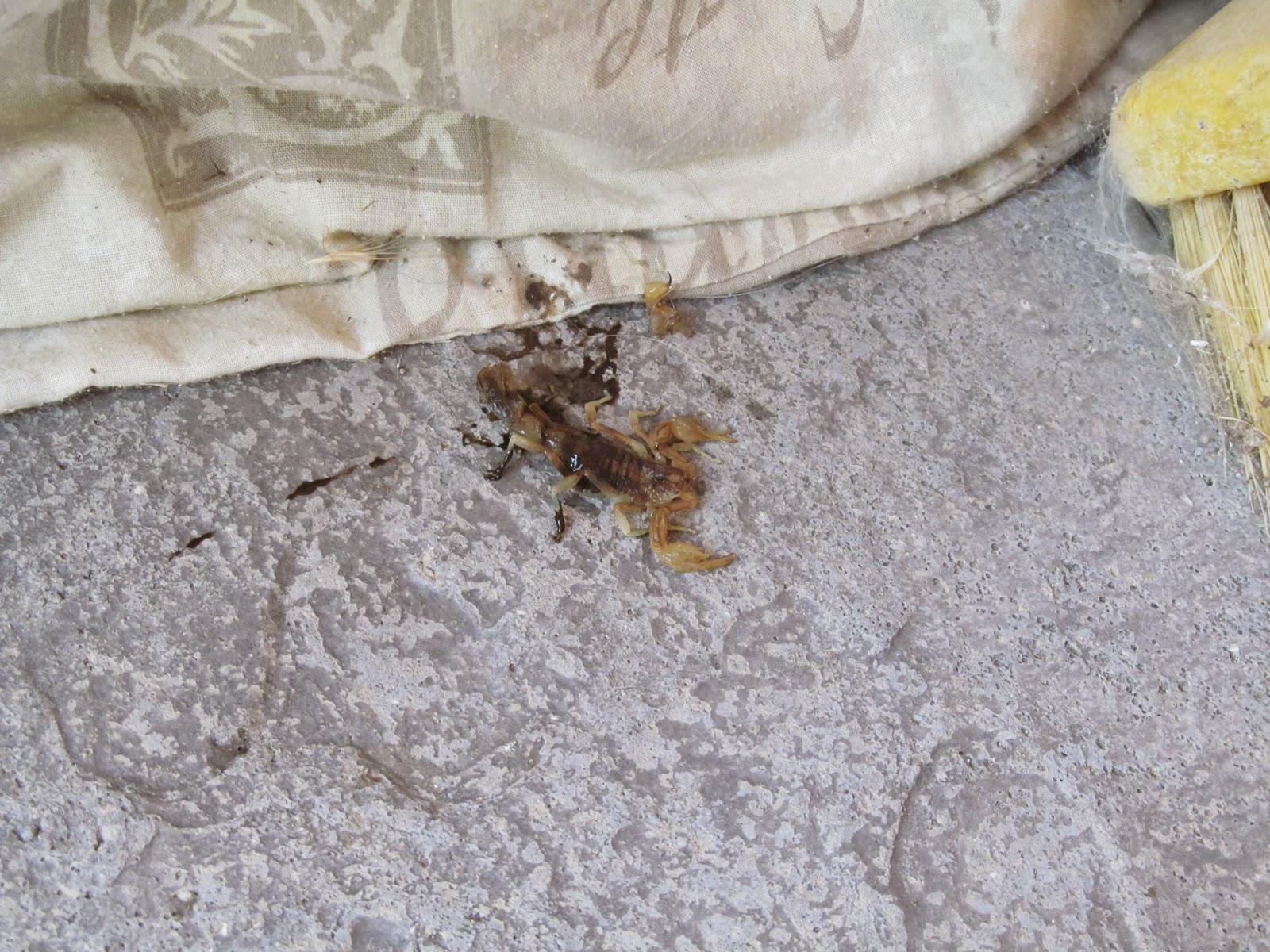 A deft clout with a shoe and it swiftly became an ex-scorpion.  At this point I suppose I should offer an apology, it is not usual for me to post pictures of splatted wild life, but as Mr or Mrs Scorpion was racing around in circles with its tail waggling threateningly in the air I had little time to think about getting the camera and it was hardly going to wait for me to run and fetch it.  As it was, it was a good half hour and a large mug of tea later before I calmed my fiercely beating heart back to its normal rhythm.  It is clear that no matter how many precautions you take there are always going to be the odd one or two beasties that get through. 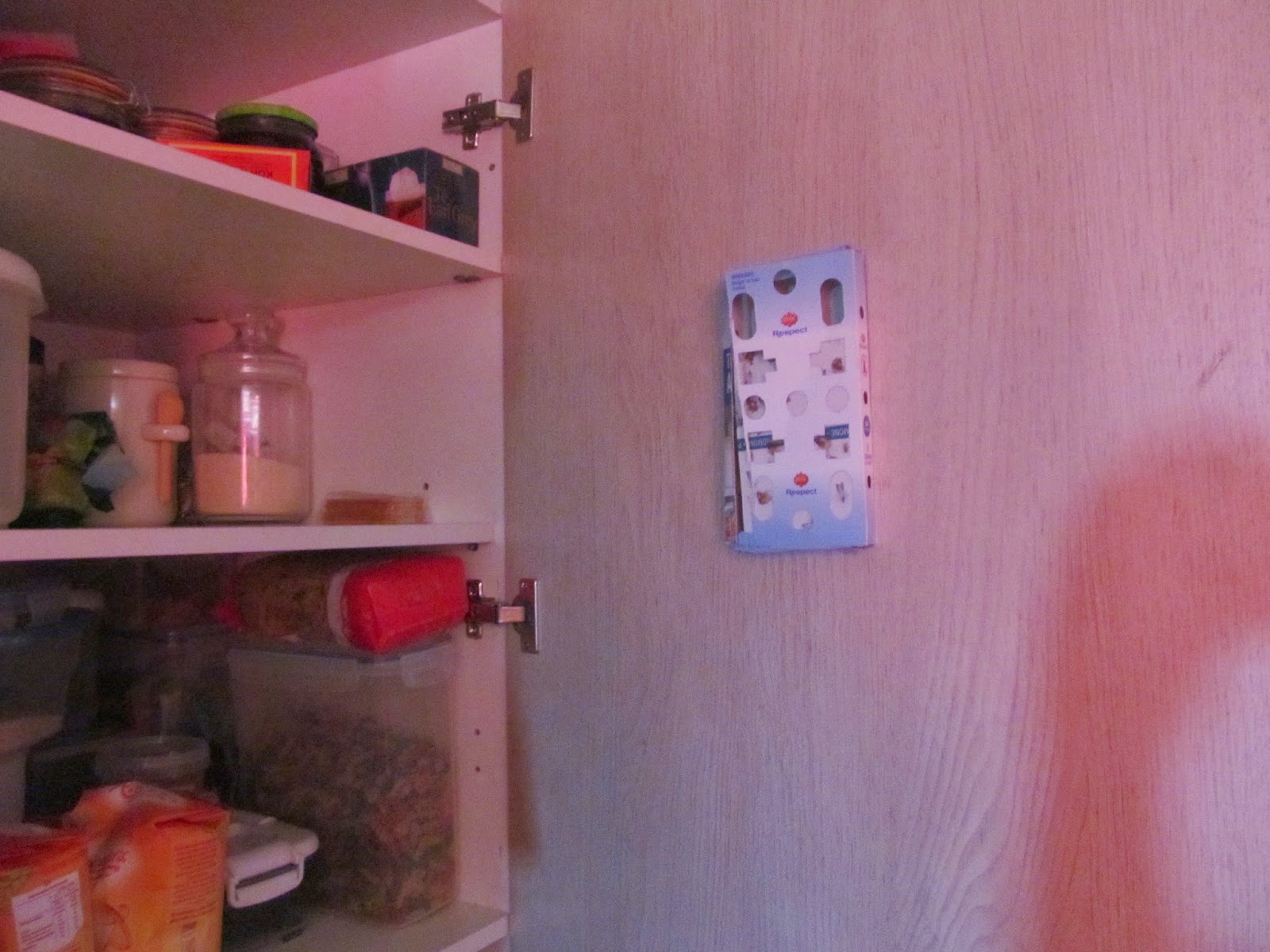 My dried fruit was infested with moths last year, in spite of being in a sealed container, obviously the seal was not good or it was left off for just long enough for the moth to get in.  Hence this year the moth trap - which works. 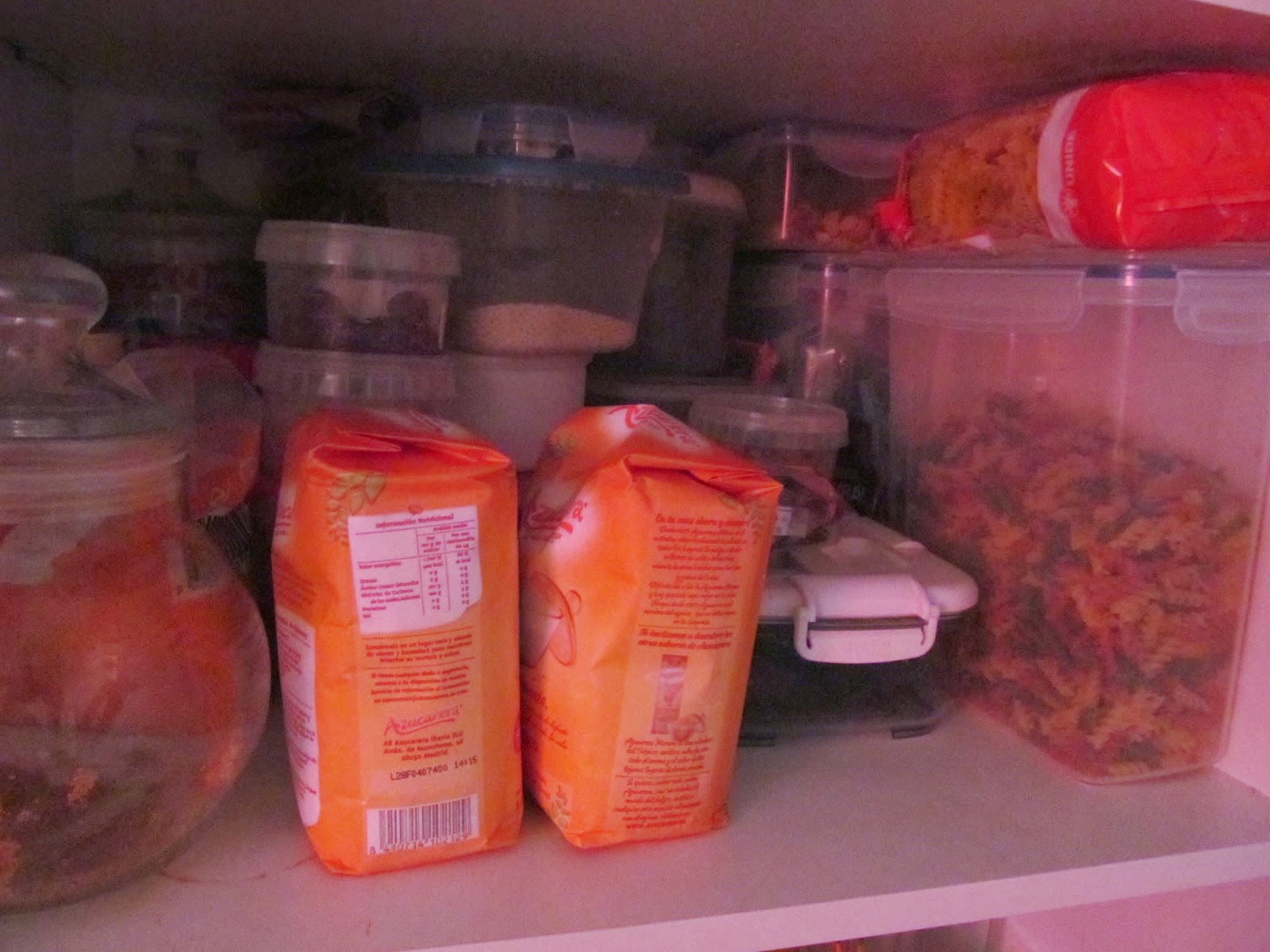 Other lessons learned are that concave bottoms, flower pots, saucers, animal bowls and bottles make superb nesting sites for spiders.  And lastly, the veranda must be kept clean and clear of clutter to deter scorpions.  When it boils down to it good housekeeping is the answer.  Clean clean clean.  Oh bother!  I'm not a big fan of housework.


Chit Chat Insects life the universe and all that Spain