- July 02, 2014
Well that just about sums it up actually.  The rain clouds gathered and the temperature dropped and we were very excited about the rain. 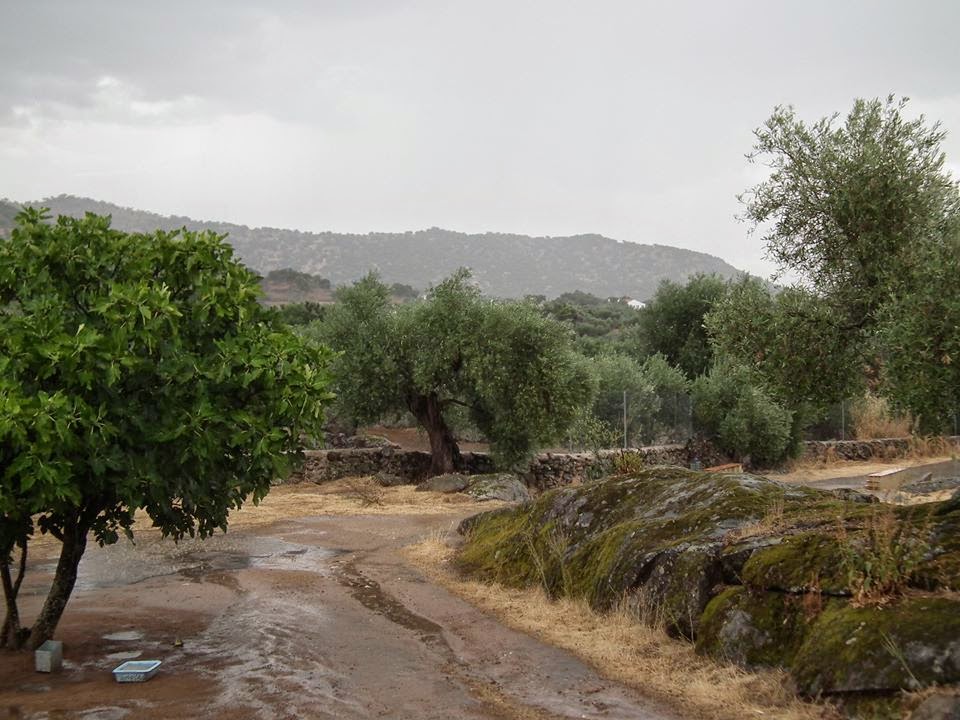 The ground is parched and the veggie patch desperate for a really good soaking. 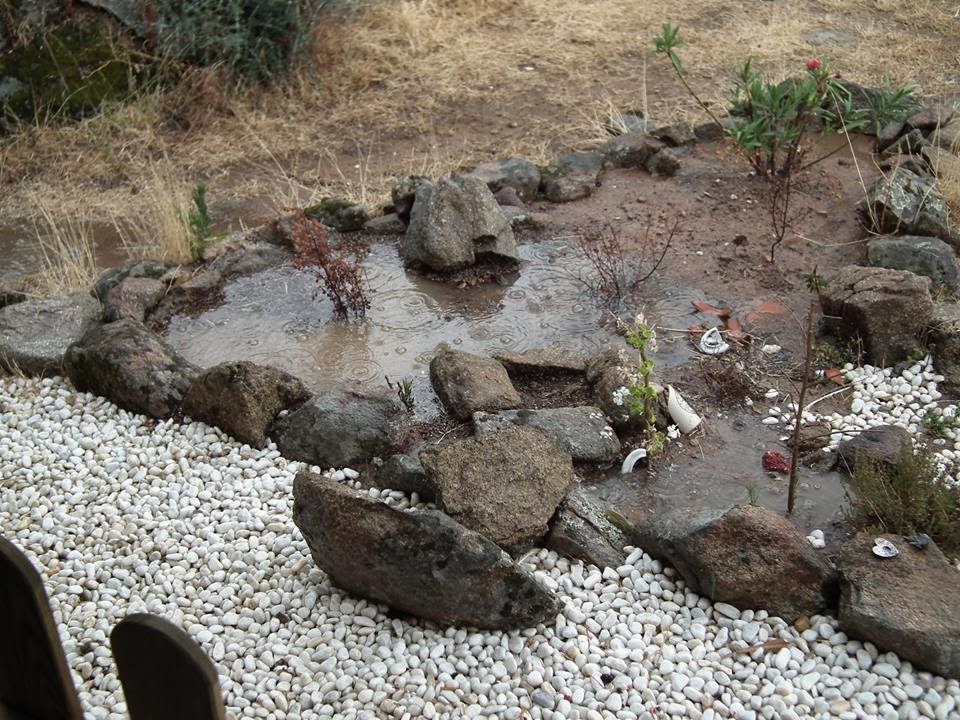 The thunder roared around the valley and reverberated from the hills behind us.  The water deposito that takes the run off the roof could barely cope with the speed of the water running in... it was backing up and overflowing from the guttering.  Some tweaking needed done there. 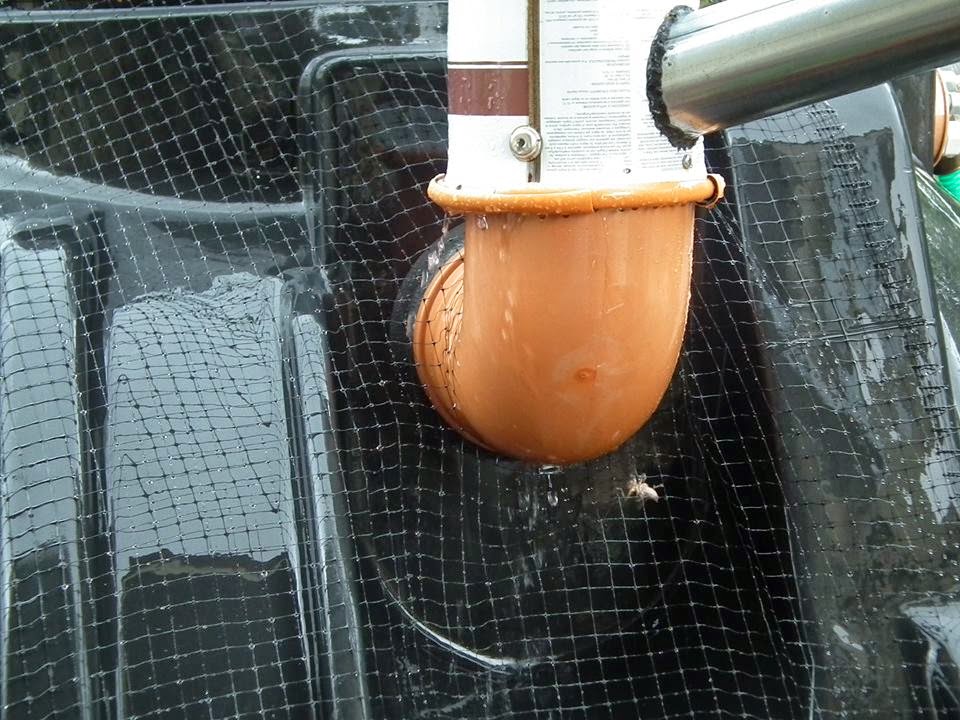 All we could think of was how much water we were wasting.  The circuit breakers in the house tripped several times - every time the lighting struck somewhere down the valley.  Finally Steve ventured up to the camping area to re-set the circuit breakers up there and on the way he checked on the bee eater nest. 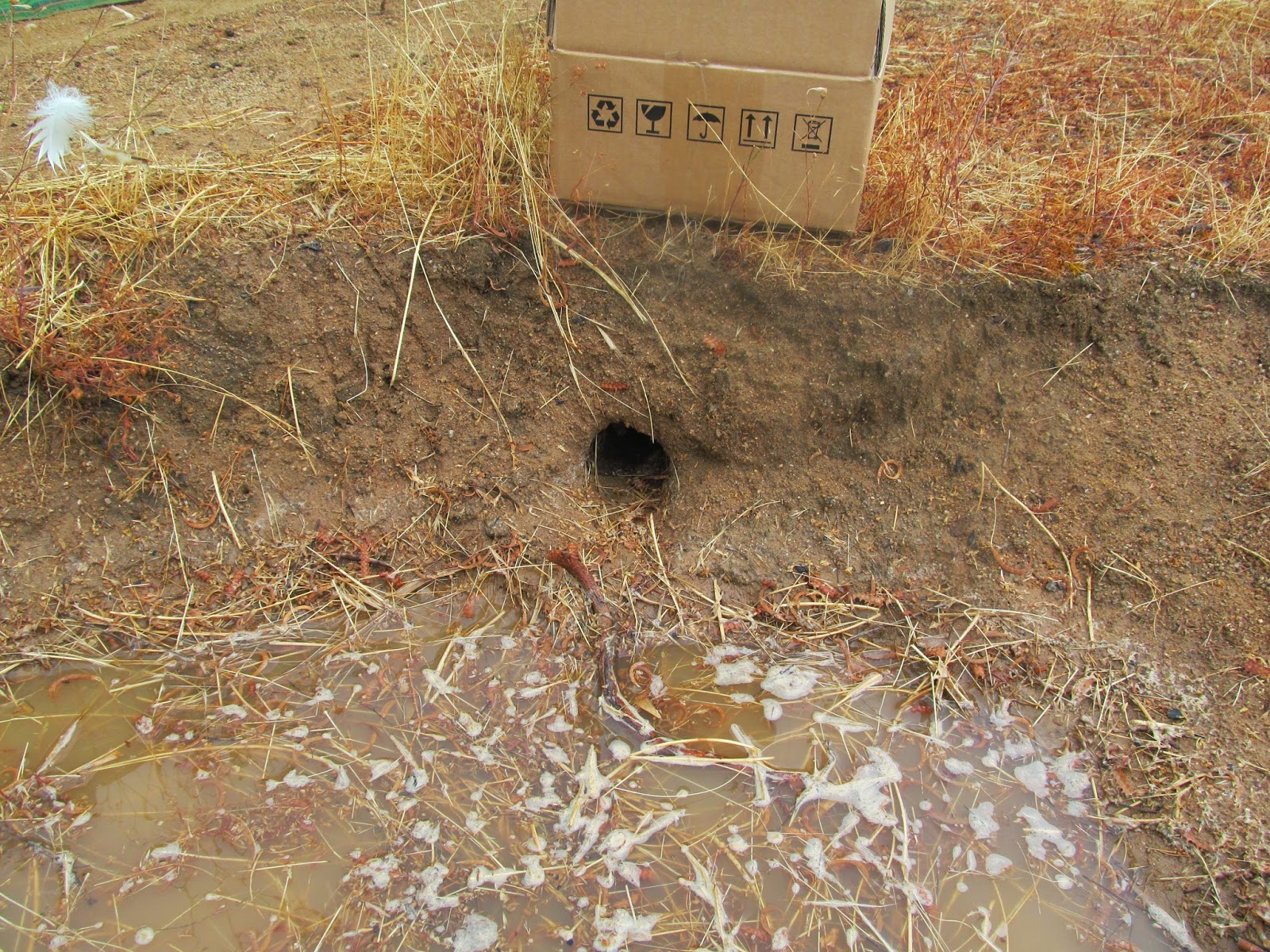 The rain had obviously washed into the nest and two little bee eater chicks were flopping about helplessly on the ground nearby.  One could fly a little but the other was unable to even walk very far.  They were both cold and wet. 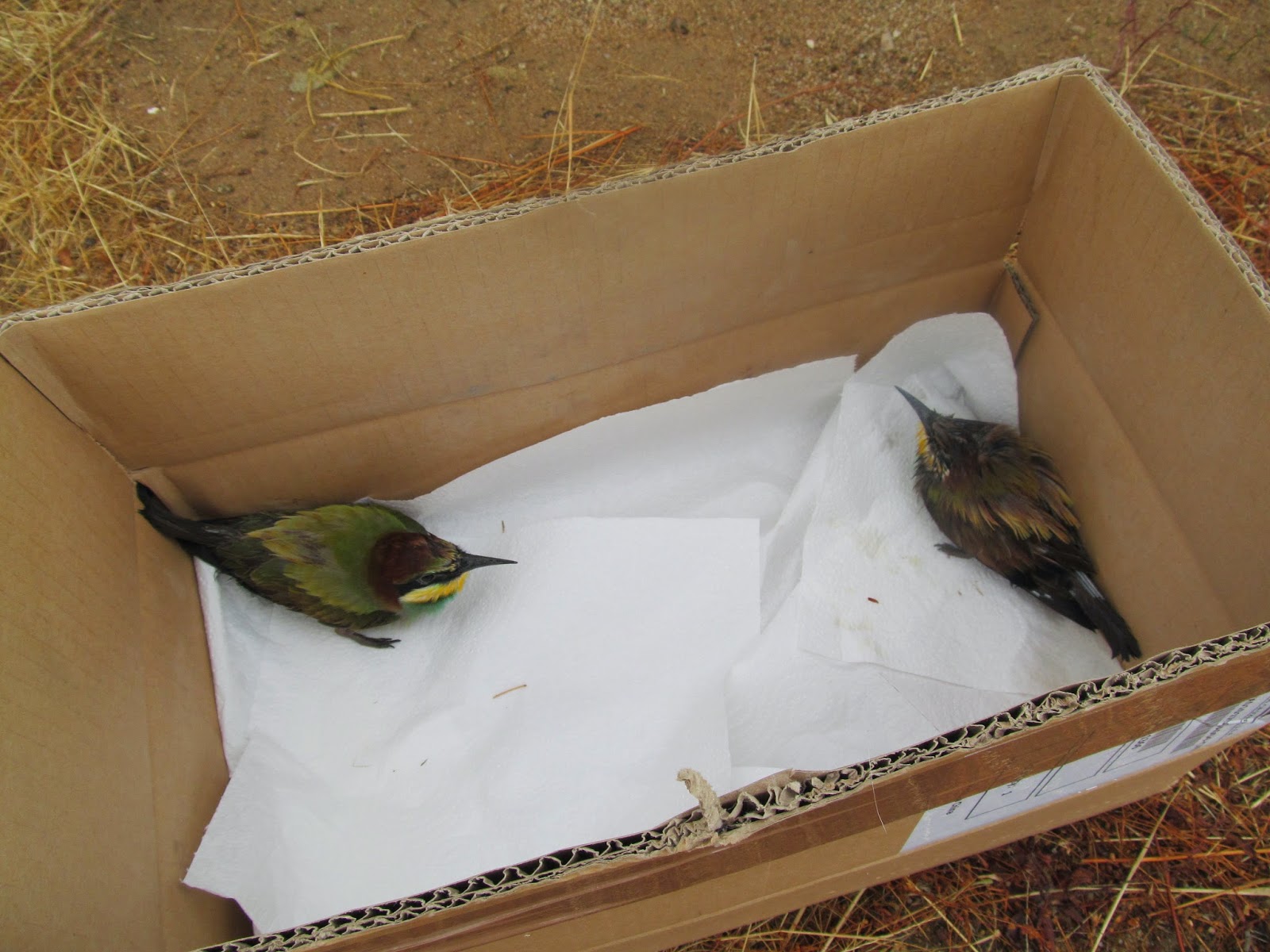 Mother and Father Bee-eater were not to be seen.  We hastily got a cardboard box and put a hot water bottle (microwavable elephant!) in it. 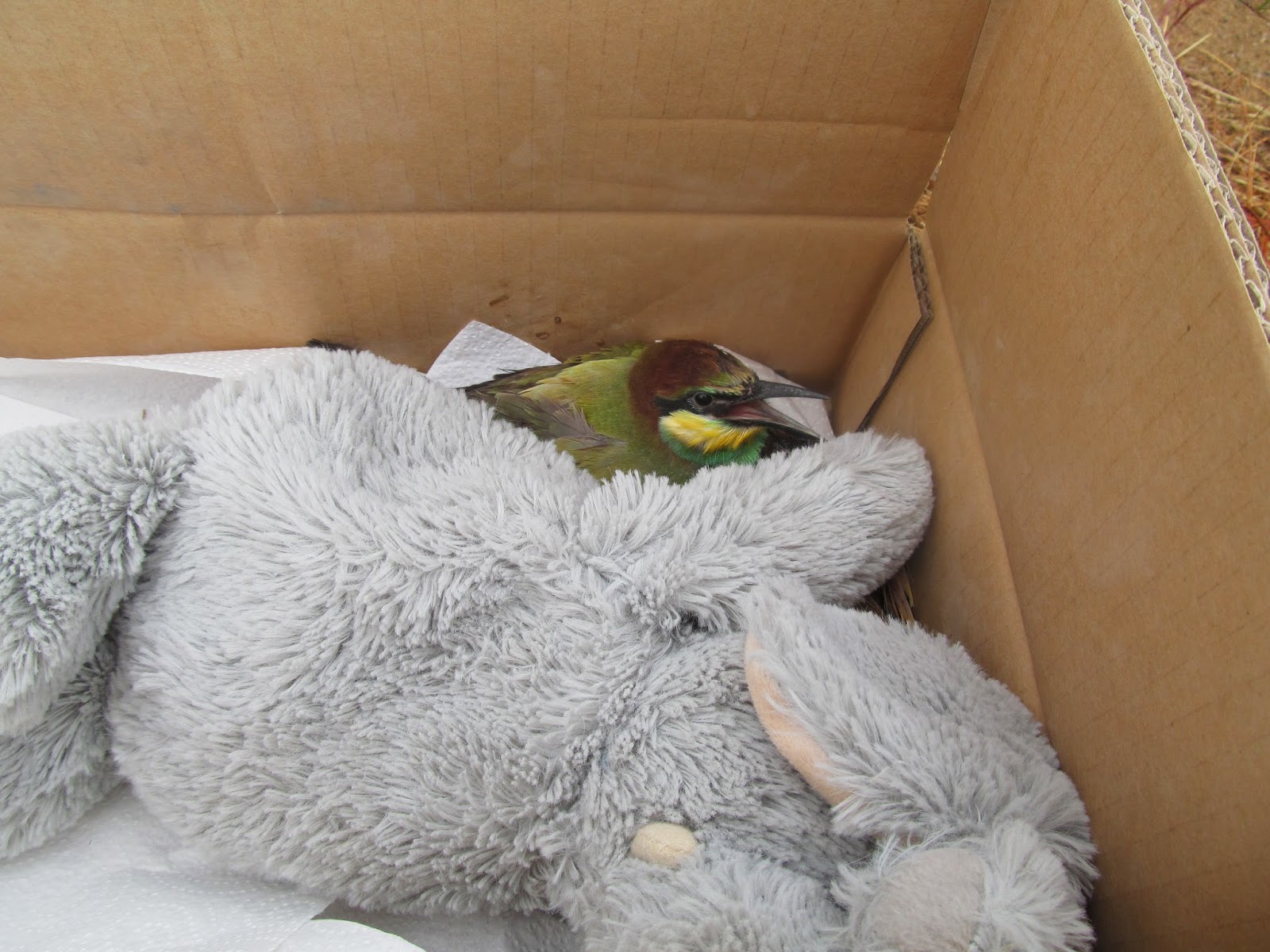 We put the little chicks in and put some mesh over the top followed by an old curtain. 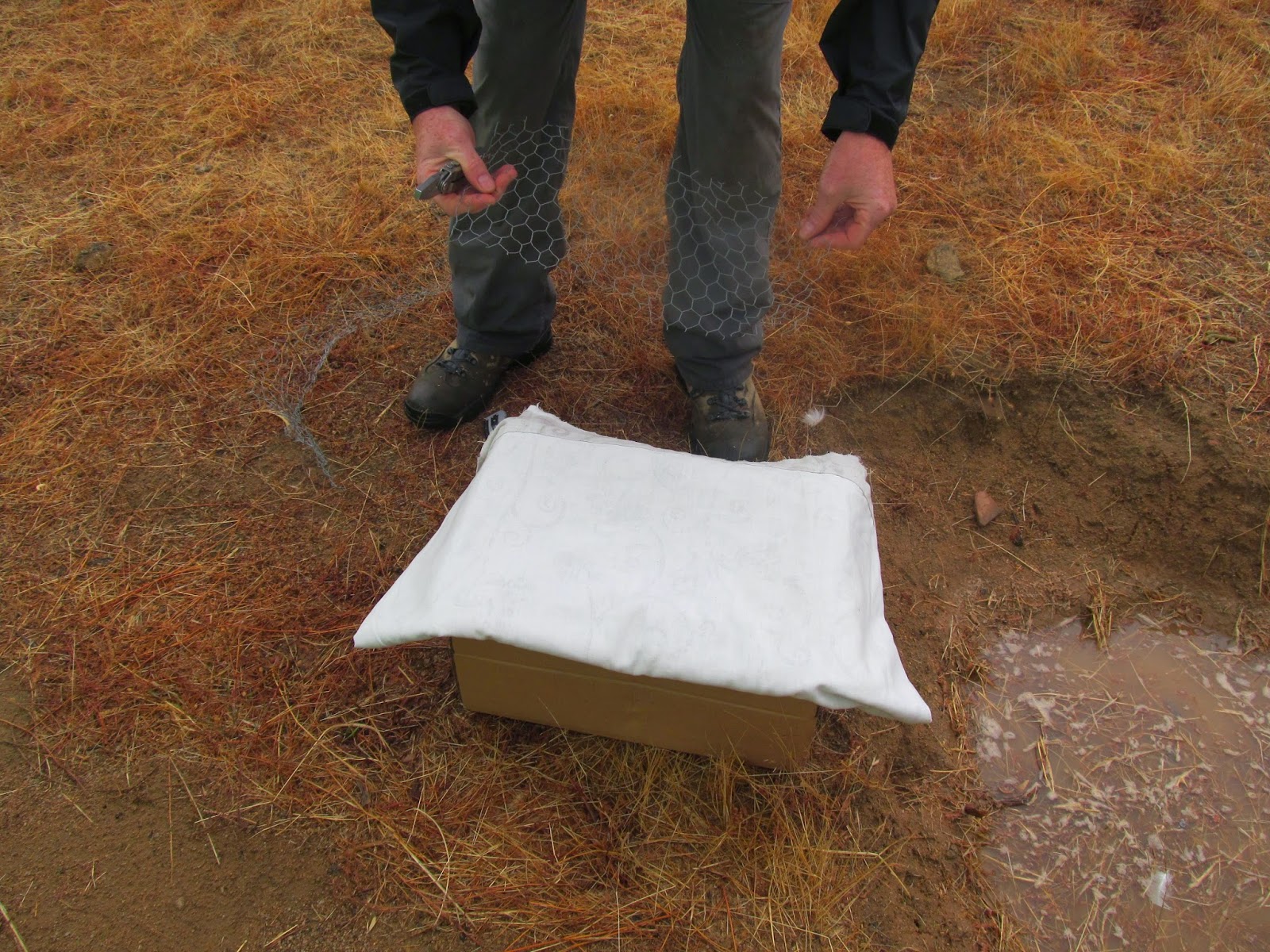 We positioned it right above the entrance to the flooded nest and after I covered it with some heavy duty plastic sacking and weighted it with stones we left with our fingers crossed that the mum and dad will return and be fooled into the new opening to feed the chicks. 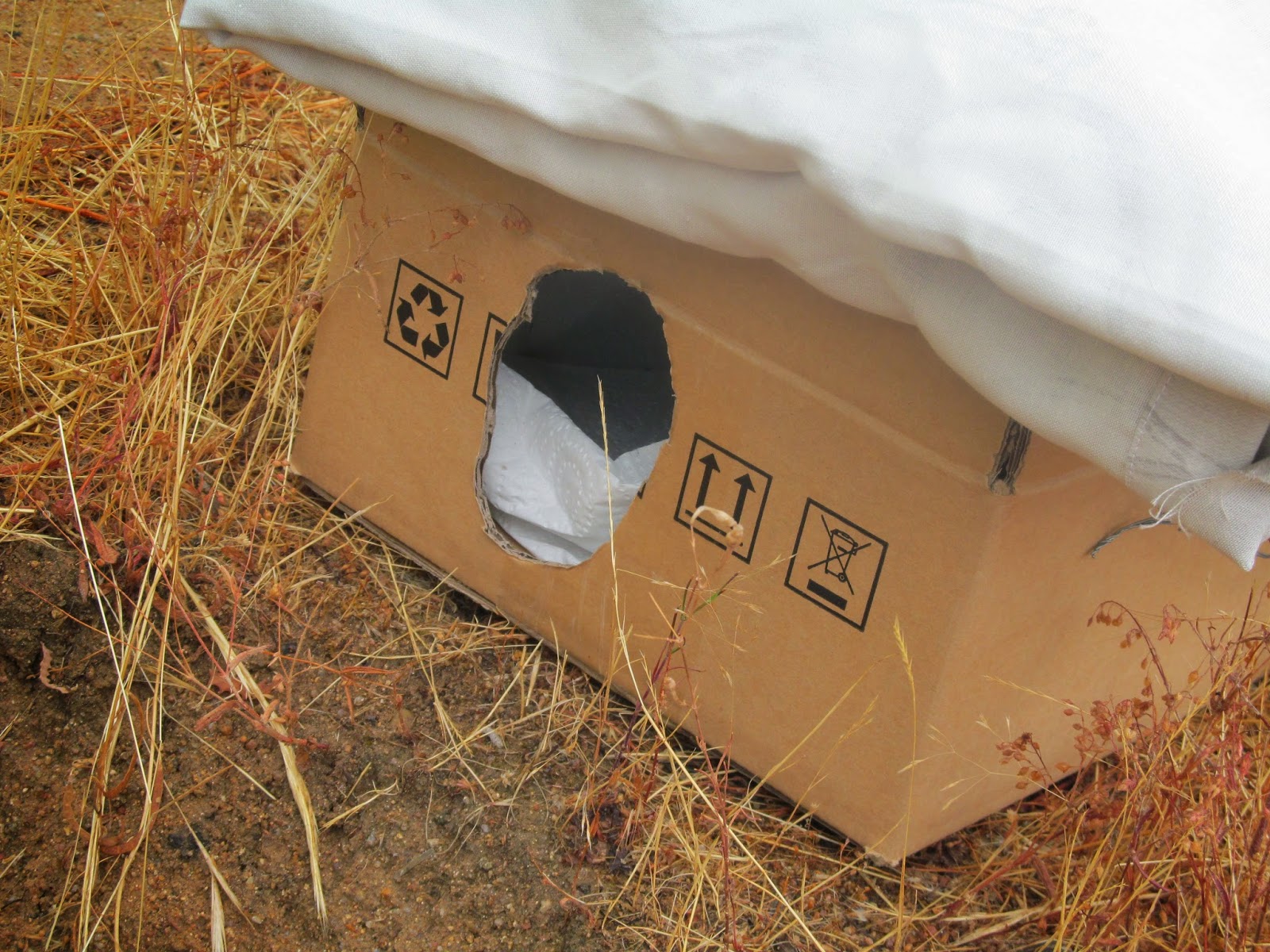 I don't really think it will work.... but sadly we would never be able to catch enough insects to keep them alive and we couldn't just leave the chicks out on the ground for the cats to get them.  We are watching like anxious parents for the distinctive bee eater call - normally heard on a regular basis on the finca but so far all is silent and the grey sky is very empty.  More rain is forecast for tomorrow.  Well at least the geese are happy. 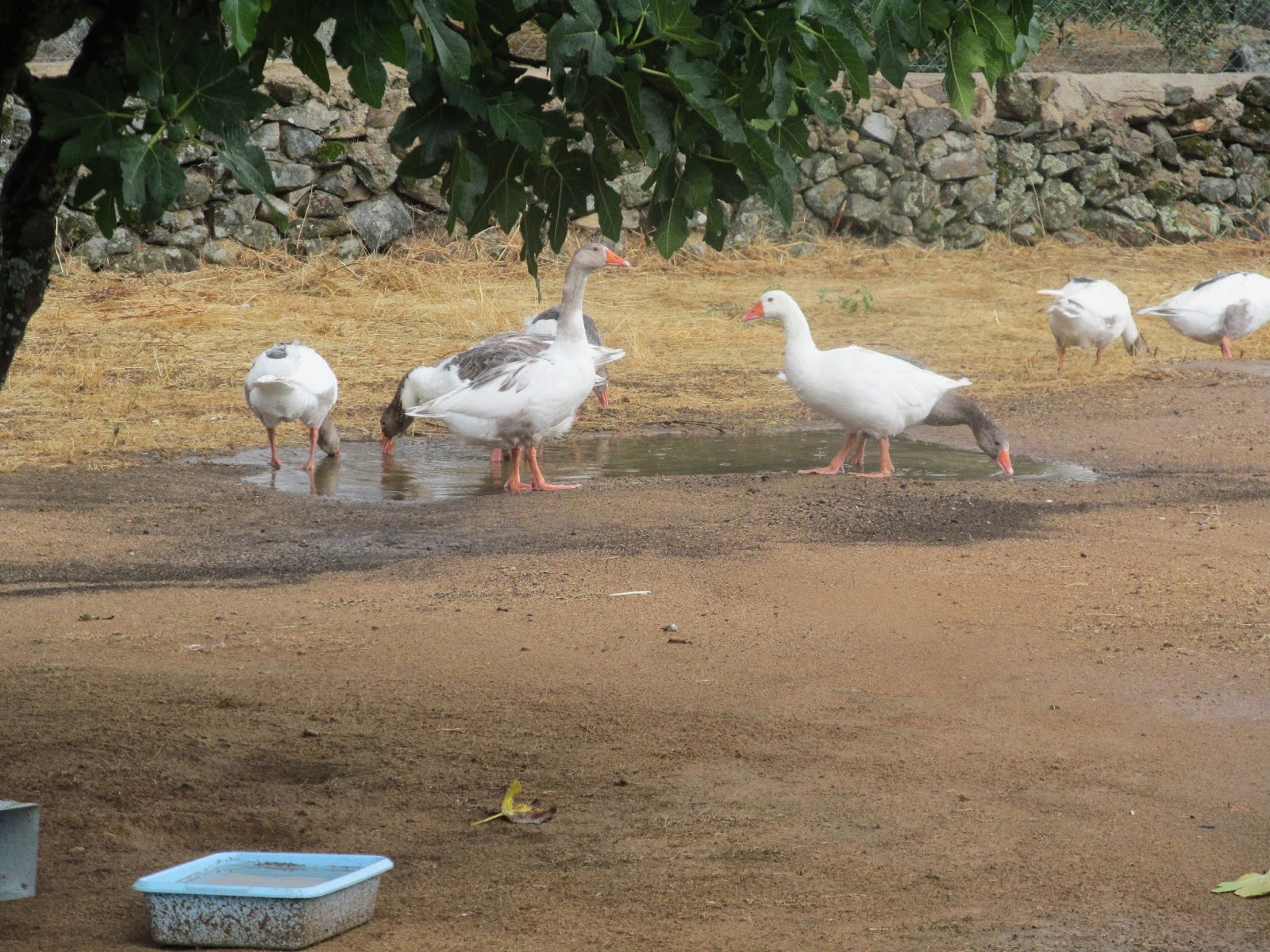 birds life the universe and all that Spain Weather