- May 17, 2014
Oh how we take water for granted in the UK!  I used to think I was careful about water, I had two water butts, I put those 'hippo' water saving devices into the toilet cisterns and I never left the tap running while I brushed my teeth.  I thought I was being good.  Now I know that my efforts were barely a drop in the ocean so to speak.  It's only since coming here that I realise just how much water we use on a daily basis and how much we are wasting.

It has been a very short spring with only about half as much rain as this time last year and already the grass has dried to a shimmering bronze colour. 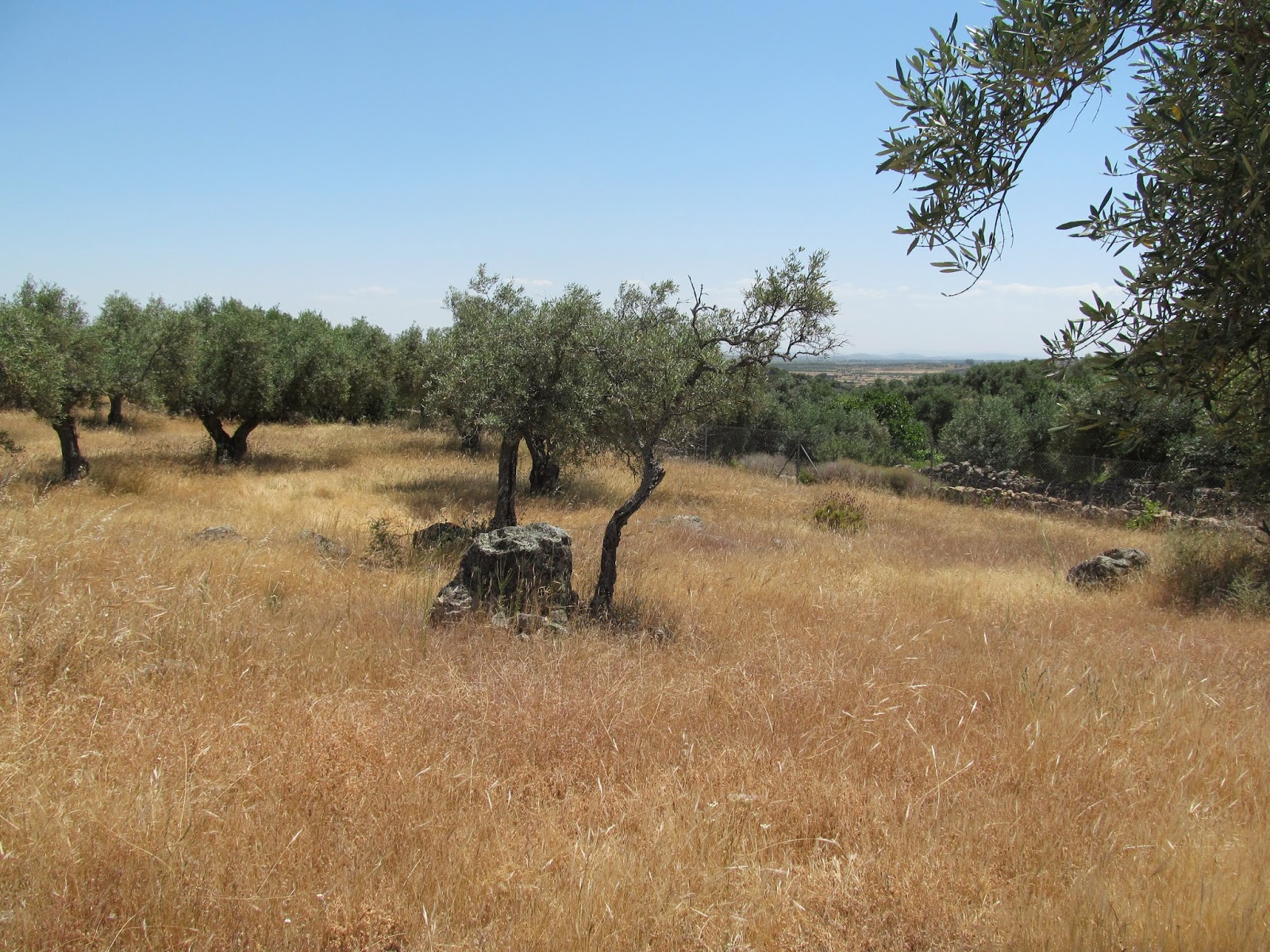 The sky is relentlessly blue and we find ourselves spending literally hours watering the vegetable patch and still it looks dry and listless.  We are still using the water from the blimp.  This is the water that has run off the roof during the winter rains.  Getting it from the blimp to the vegetable garden has been a little problematic.  We have a smaller blimp at the veggie plot and initially a hand operated bilge pump was rigged up to transfer the water... so slow.... so time consuming and soooo much effort required. 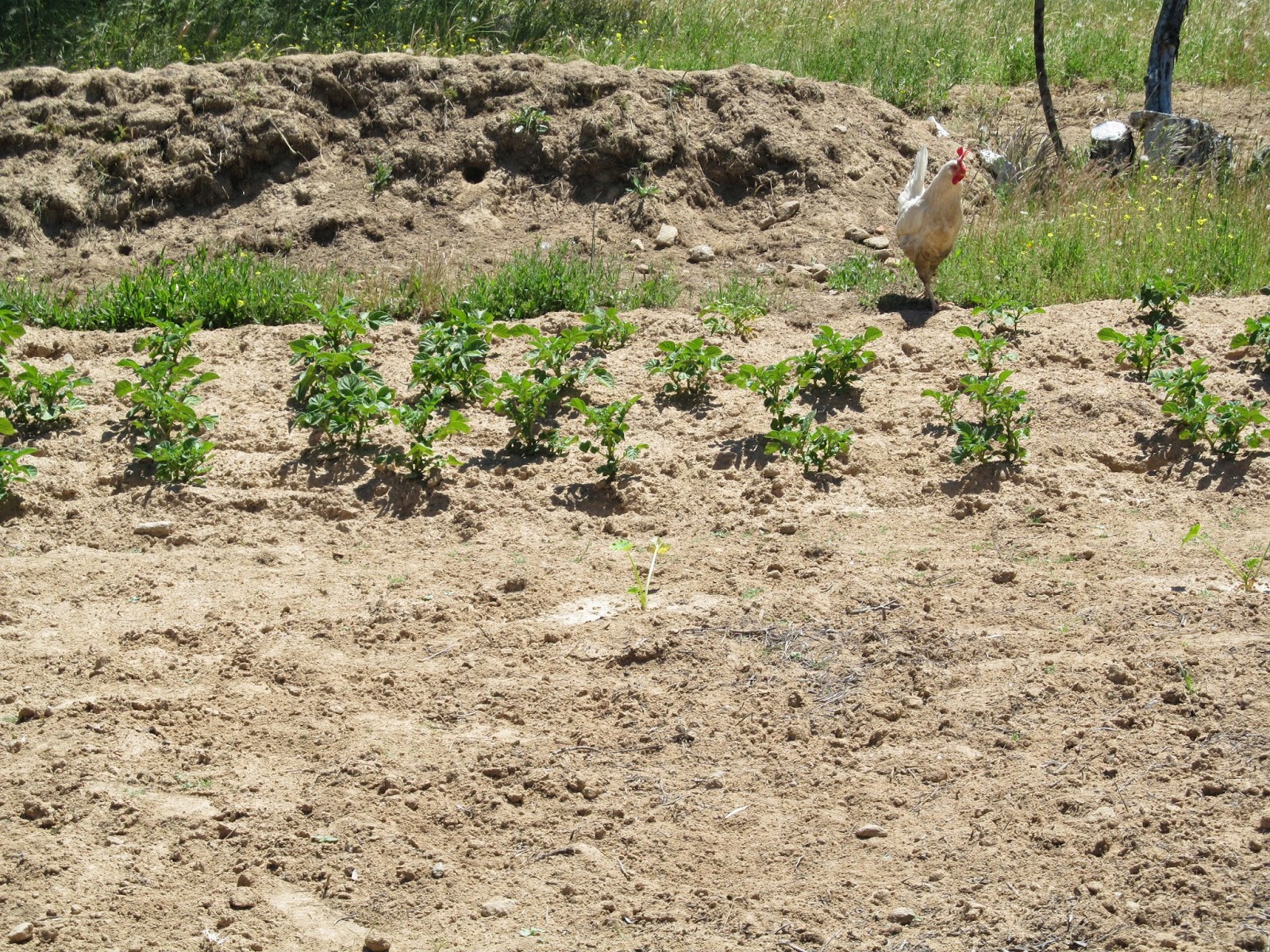 Solution number 2 is a two-stroke pump to take the water from the blimp to the mini blimp and then a hose to water the veggie plot.  It took three hours to get the plot watered since the flow through the hose was very slow.  We were quicker filling watering cans and doing it by hand. 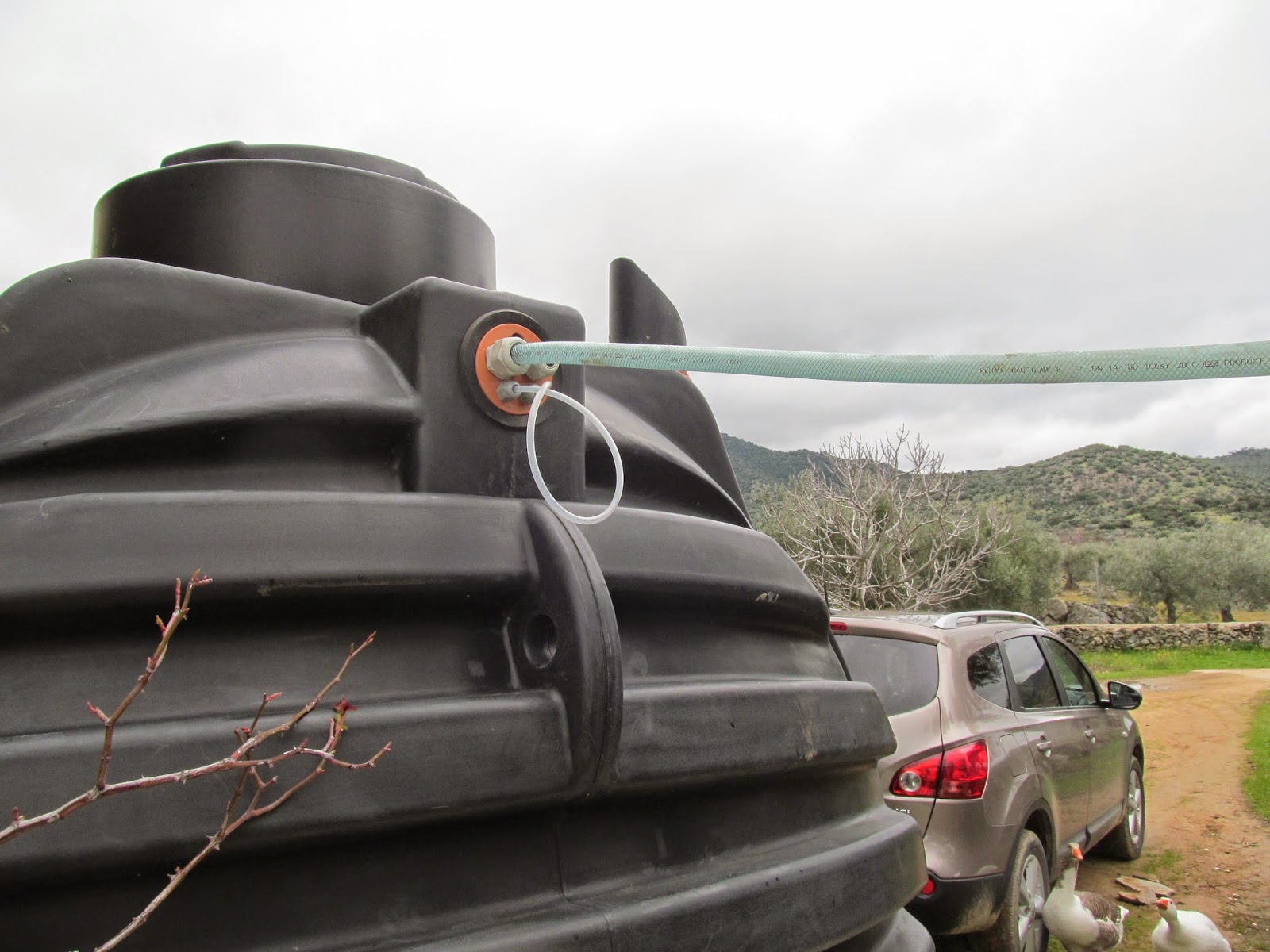 Obviously another solution is needed and we are putting our Technobilly heads on to come up with something better.  Meanwhile every scrap of water is saved for use on the garden.  Even the cold water that runs through the tap before the hot water kicks in for doing the dishes is saved in a bucket for use later.

The 'used' goose water is emptied onto the vegetable plot every evening - hopefully including some good nutrients since the geese are very dirty and regularly poo in their drinking water.  Most of the vegetables are growing but to my mind they seem very poor by comparison to my veg in the UK.  There is an ant problem - not sure what I am going to do about that yet. And the potatoes appear to be flowering much too soon, well before they have had a chance to grow any potatoes underground.  The squash is also flowering now and the plants are still very small.  This may not be as easy as I at first thought. 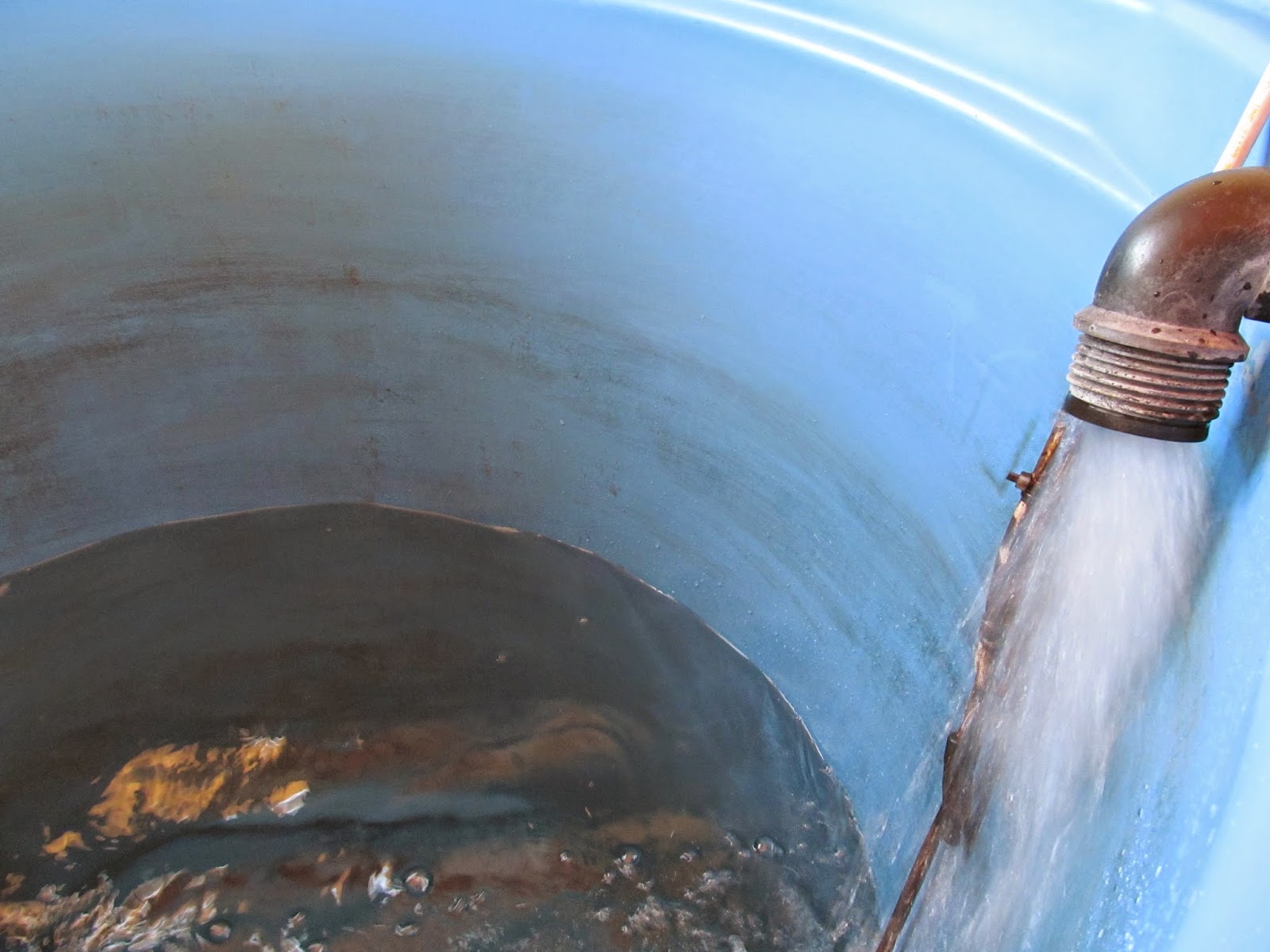 Steve was forced into cleaning the deposito a little early this year because we found a dead and decomposing lizard in it...luckily we had not used any of the water for drinking before checking it, so even though it had been there a couple of days we don't think we poisoned ourselves - or anyone else! 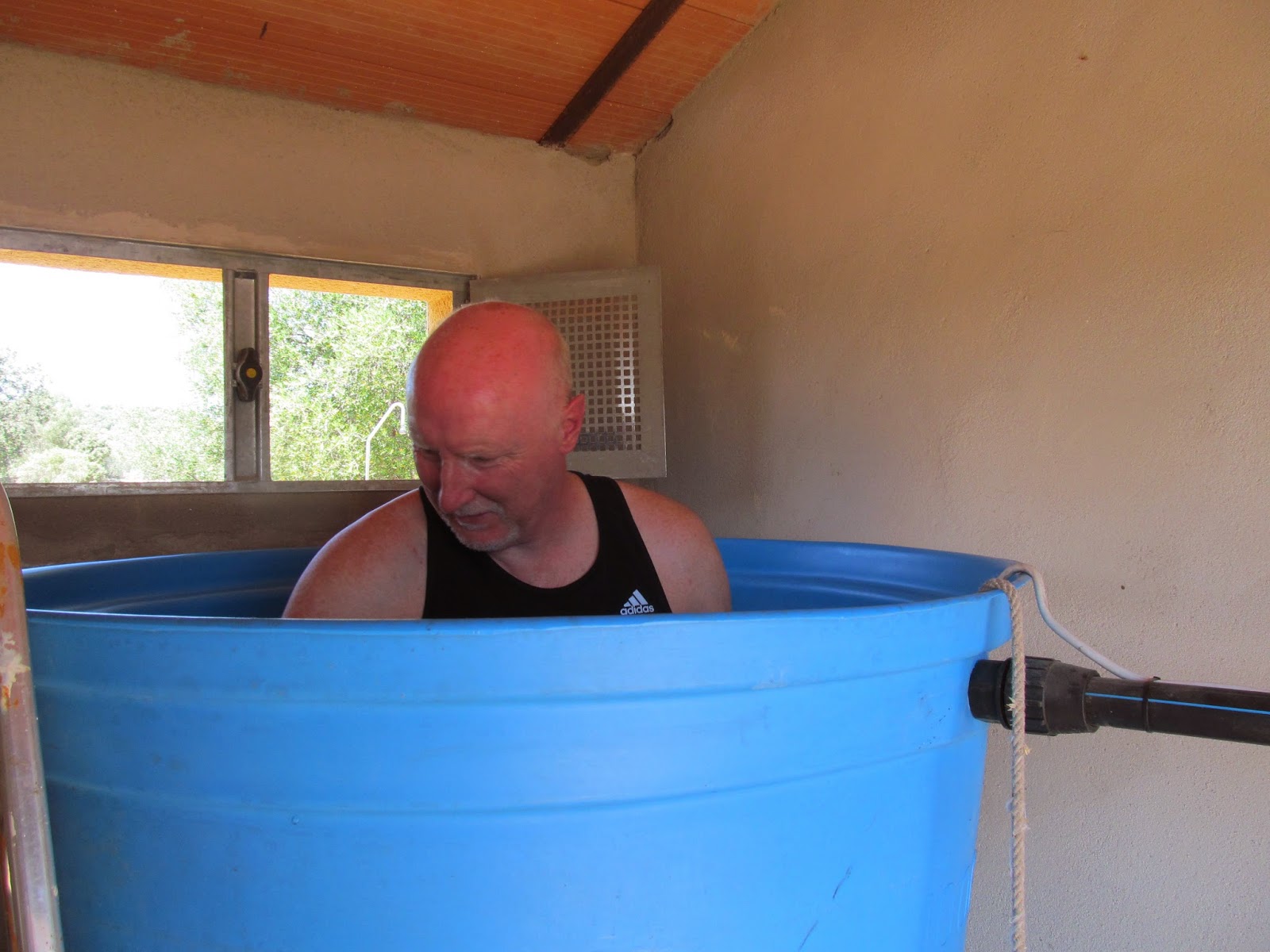 We have had to put feeding stations of hen pellets around the finca for the geese who are getting quite frustrated at the lack of edible grass.  And we are now supplementing their feed with lettuce or spinach or cabbage - whatever is the cheapest.  I did not expect to be doing that until July time. 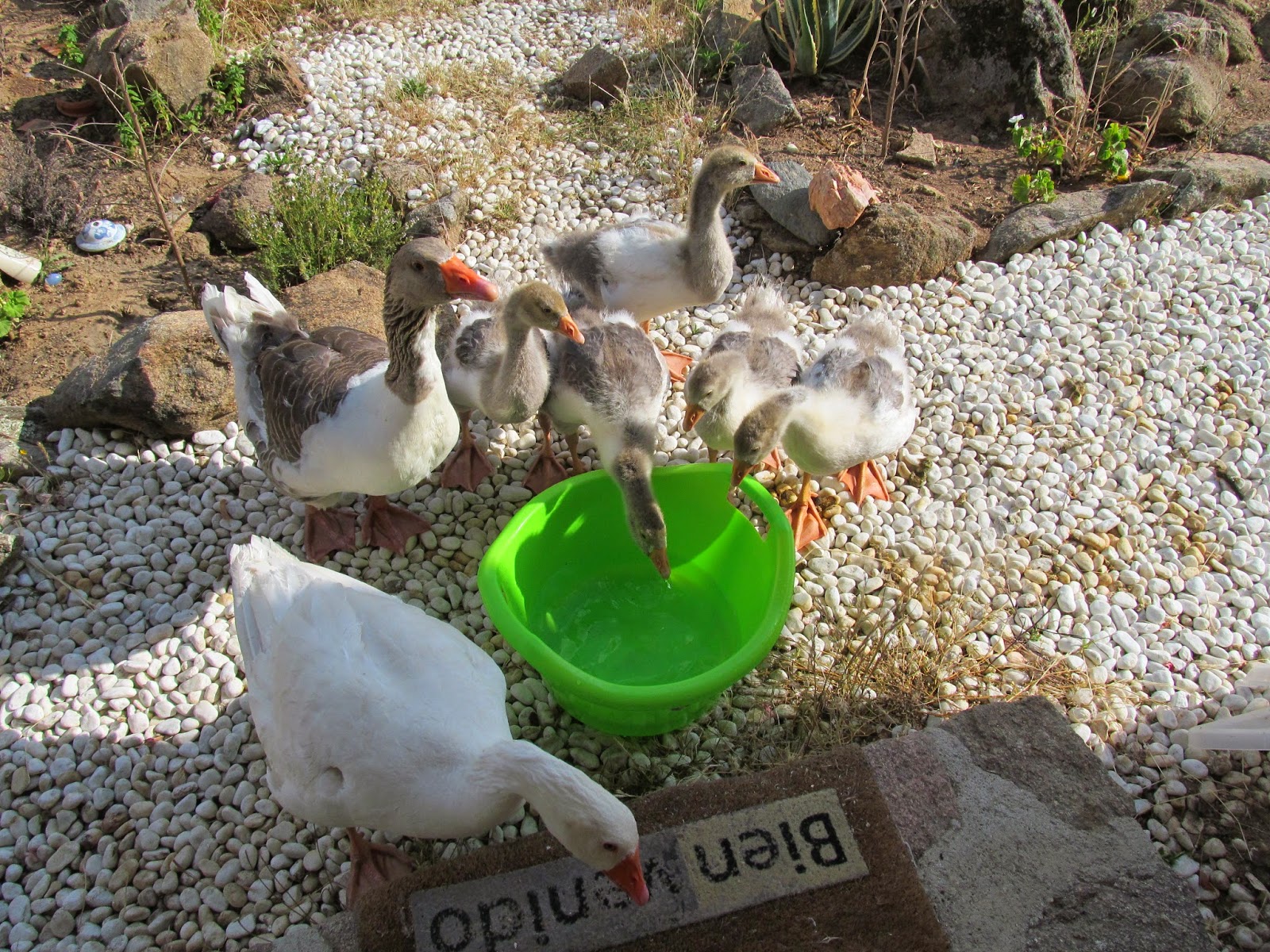 The grass is desperately needing cutting.  It isn't an easy job once it gets this dry. 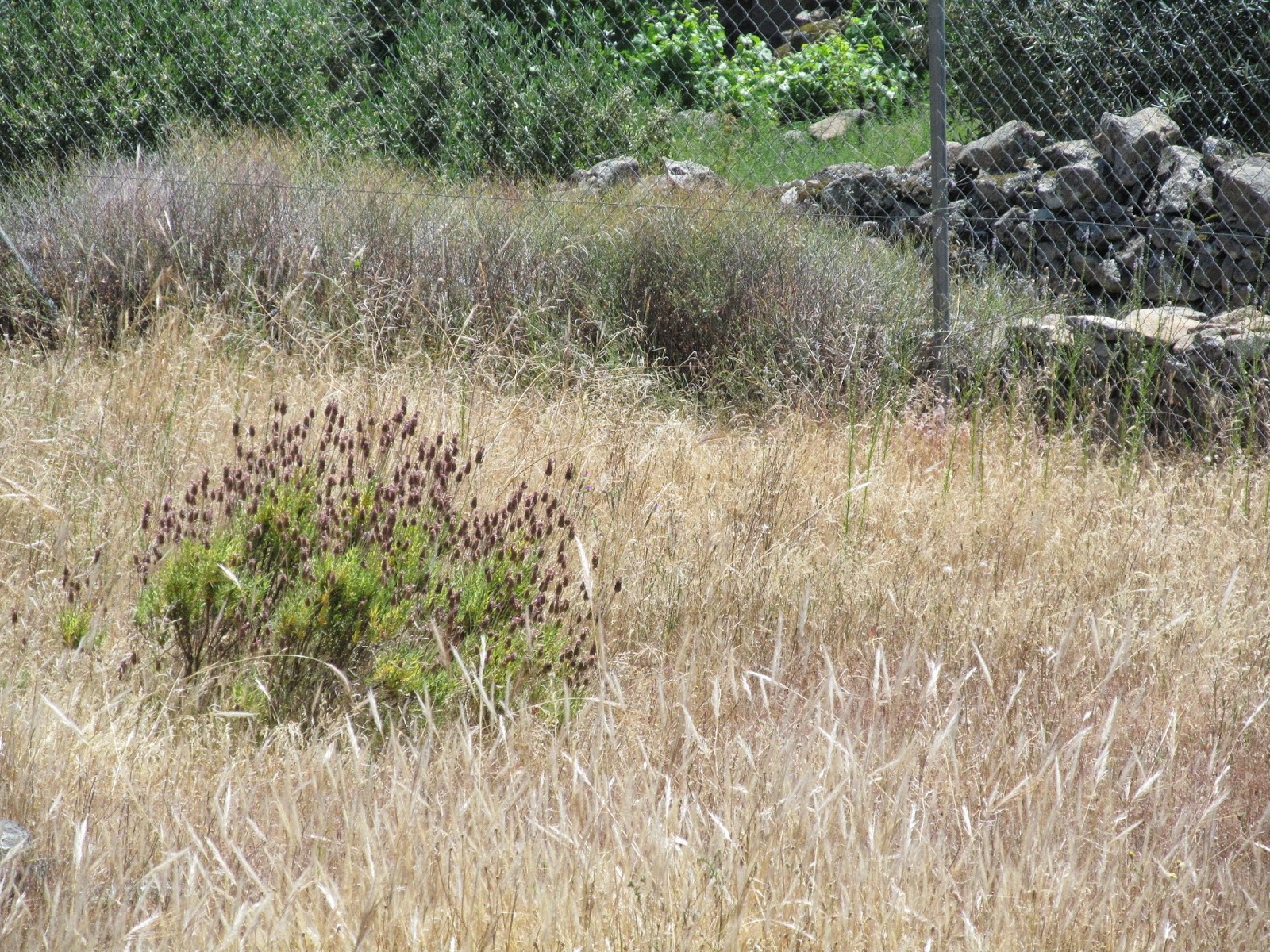 You would think it would just break so easily because it is so dry but quite the opposite.  The grass gets very tough as it dries out and we have had to change the blades on the scythes to cope with it. 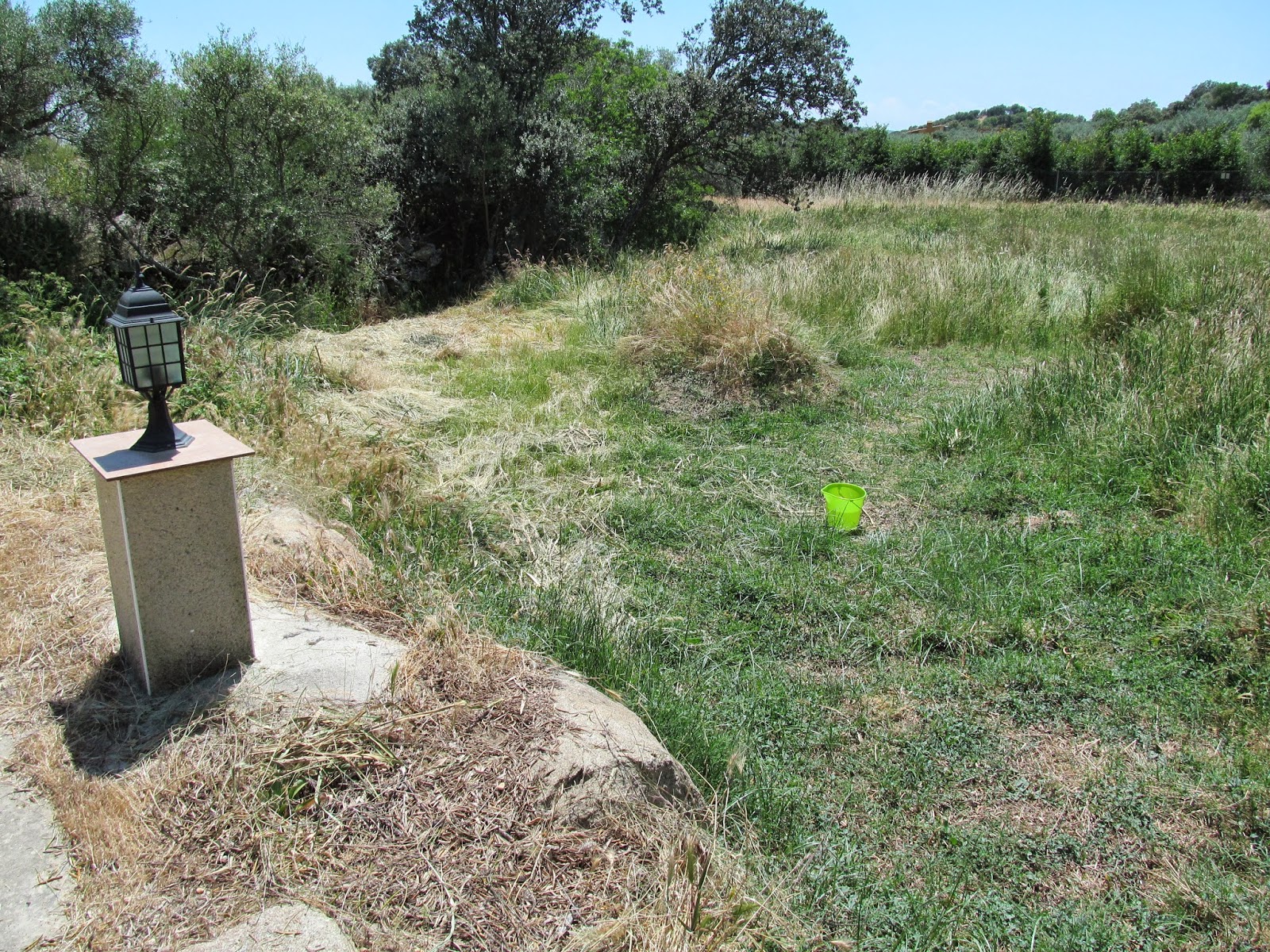 The last bastion of green grass on the finca is the water meadow but the grass is too long to be of interest to the geese so our next priority is to get this cut and then herd the geese down for a quick munch before it too dries out.  Farming always has its challenges and is proving to be very hard work for very small rewards (isn't it always?).  Are our spirits dampened at all?  ... er....Nope.
Farming Gardening Geese life the universe and all that Weather