Progress on the Veggie Garden

- May 07, 2014
After all the hard work put in by our volunteers to get the vegetable garden ready for planting I had a flurry of energy and put in potatoes and beans and lettuce and coriander and spinach and radishes.

The very first vegetable garden I ever had was dug for me by volunteers.  That was 30 years ago.  My volunteers then were Mormon Missionaries who came by the gate while I was struggling with all the weeds and asked if I needed any help.  I laughed and said 'always' and then thought nothing of it as they passed by. Yes they were in suits and ties but they came back later in the day with work clothes on and dug the whole patch over in an afternoon.  They didn't try to convert me and I didn't join the Mormons, perhaps it was their day off! 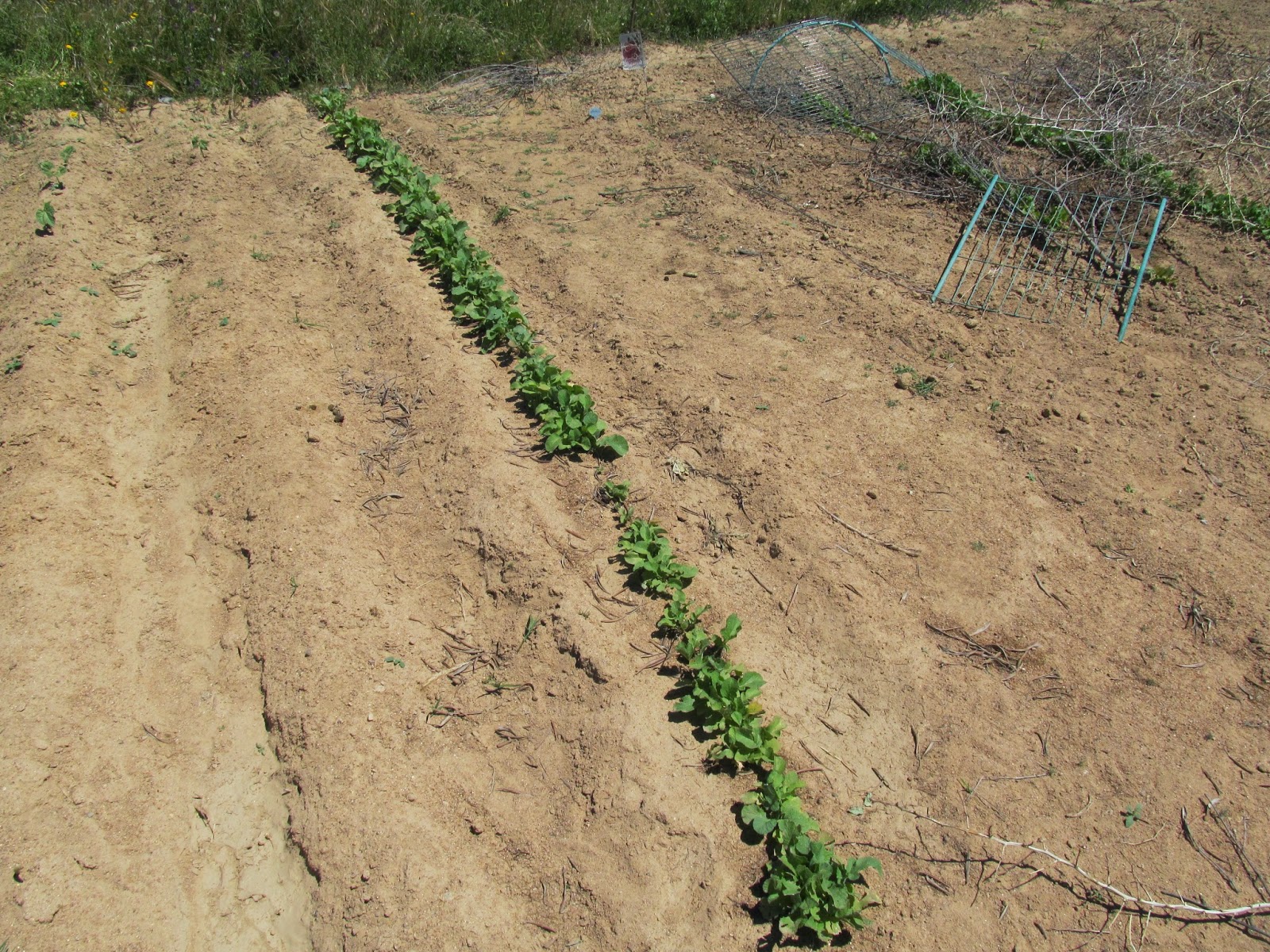 The first thing I planted then was radishes.  Every time I have started a new veggie plot since I always plant radishes.  They pop up very fast and only take about six weeks to come to maturity.  It's very encouraging to see something growing quickly.  And as usual the radishes were the first to show here too.  The beans came to nothing after weeks and weeks so I planted some more, soaking the seed for a few hours first this time.  Out of these... I have half a dozen scattered bean shoots coming up.  Very strange.  The spinach hasn't made an appearance at all and its been nearly a month... ah well.

The soil is very sandy, almost like the beach, and I guess it could do with something added but compost is thin on the ground here (no pun intended).  I started a compost patch as soon as we arrived and in spite of being told that it would take a good two or three years to compost down, I have managed to get some usable compost out of it.  But not enough to cover the whole site. 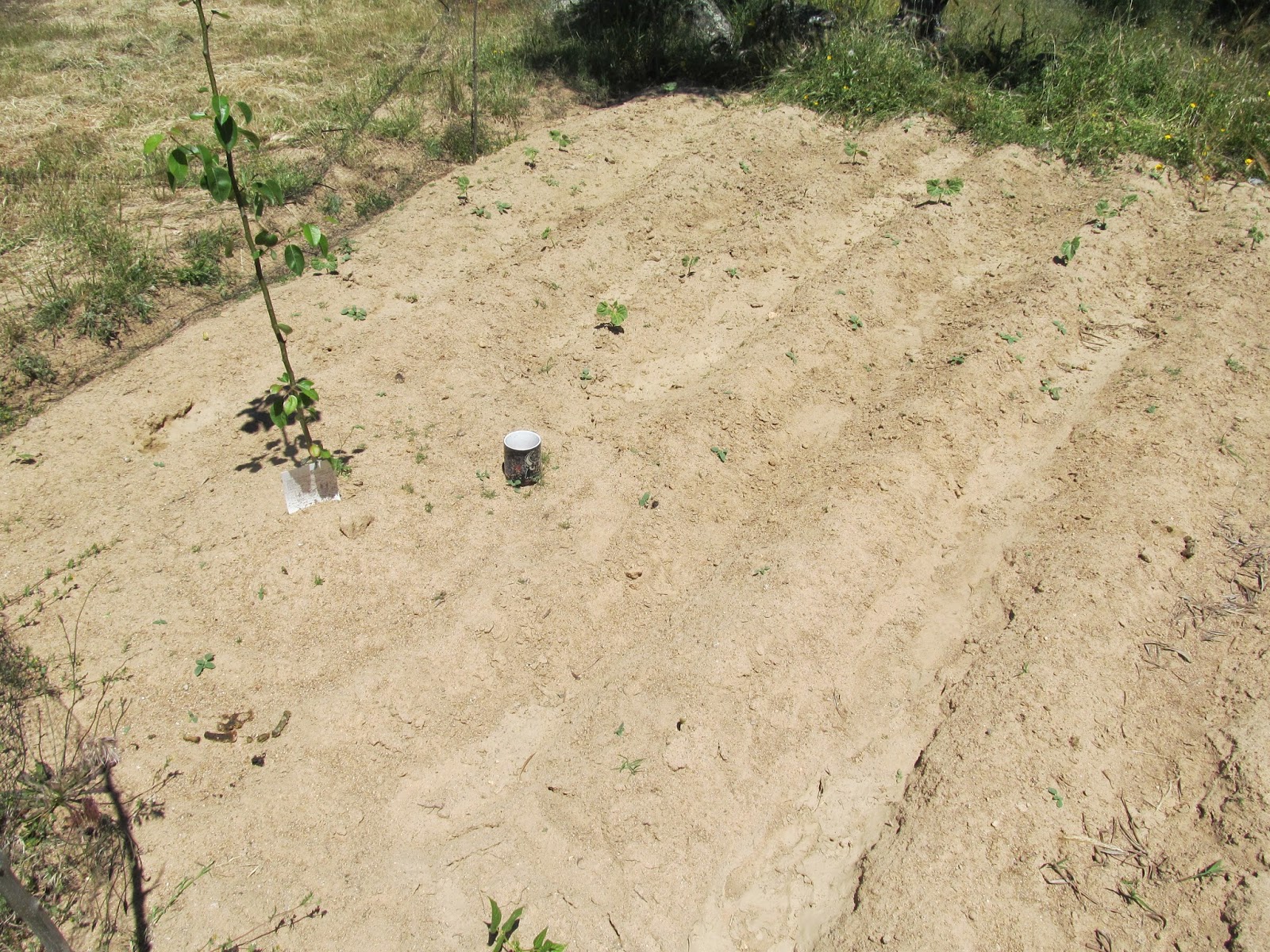 The potatoes also took a while to show, but they are growing.  I used some of the precious compost to enrich a small patch of ground for the melons, both water melons and honey dew and they have germinated well.  The tomatoes have just gone in... a bit small ... but its so hot even in the shade that the pots were simply drying out too fast so I have taken a chance with them... fingers crossed.

The issue here is going to be water.  We are starting to go through a lot of water, mostly with refilling the buckets for the geese.  I've started using the dirty goose water on the veggie plot.  In theory the nutrients from the goose poo should help, hopefully it wont be too strong for the tender plants. 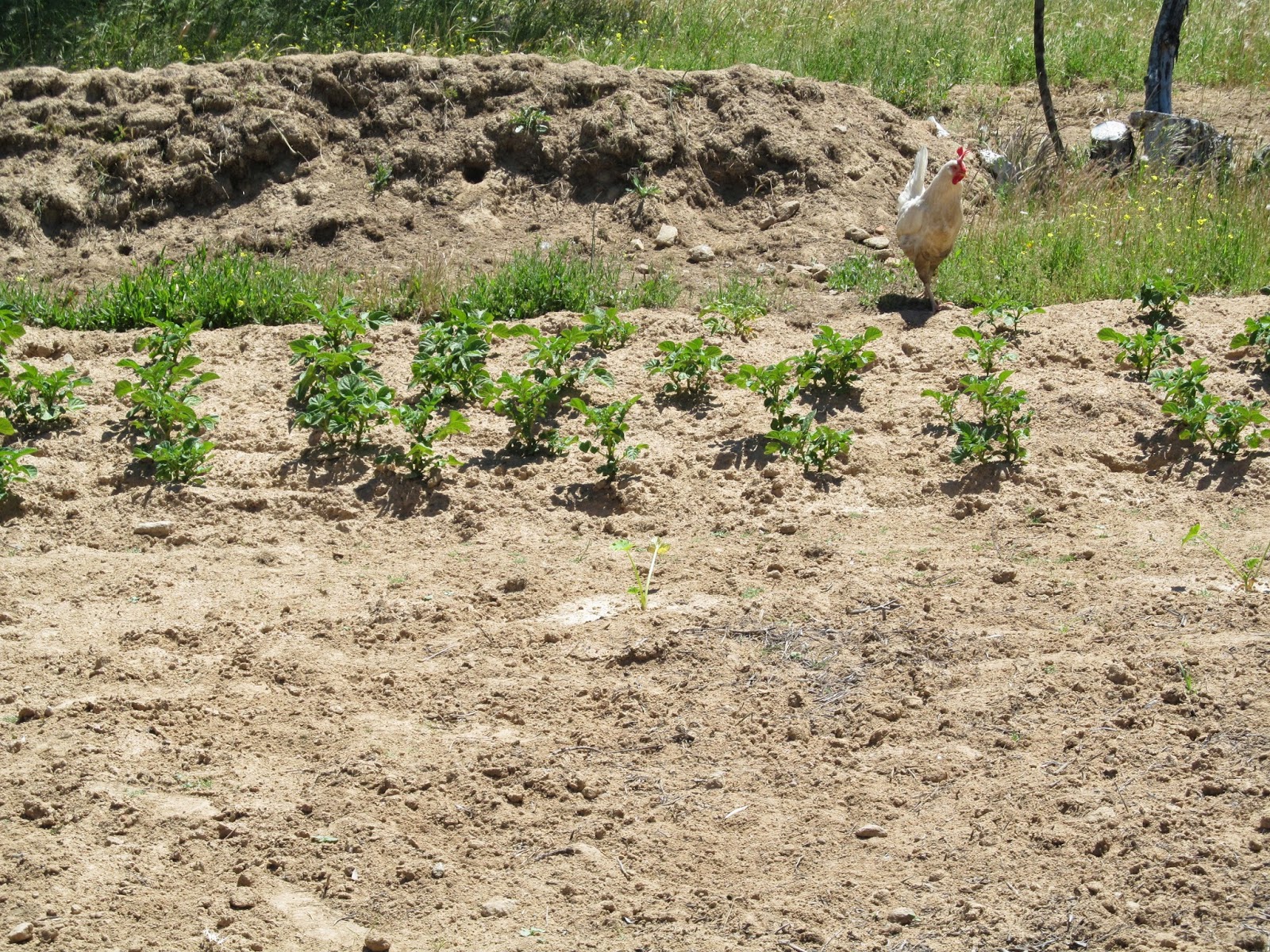 I feel so very much like a beginner here, the climate being so different from the UK and when I have been given advice by locals it always includes pesticides and weedkiller.  They may be right... but I think I know better (we shall see lol).   The weather is up at 30C already on almost a daily basis and it is unlikely to rain until September (unless we get a thunder storm... we didn't last summer). This is going to be a learning curve if nothing else.

Update on the Chickens: Our little Castillian Blacks - The Black Eyed Peas as we have named them have moved out to a pen in the garden. 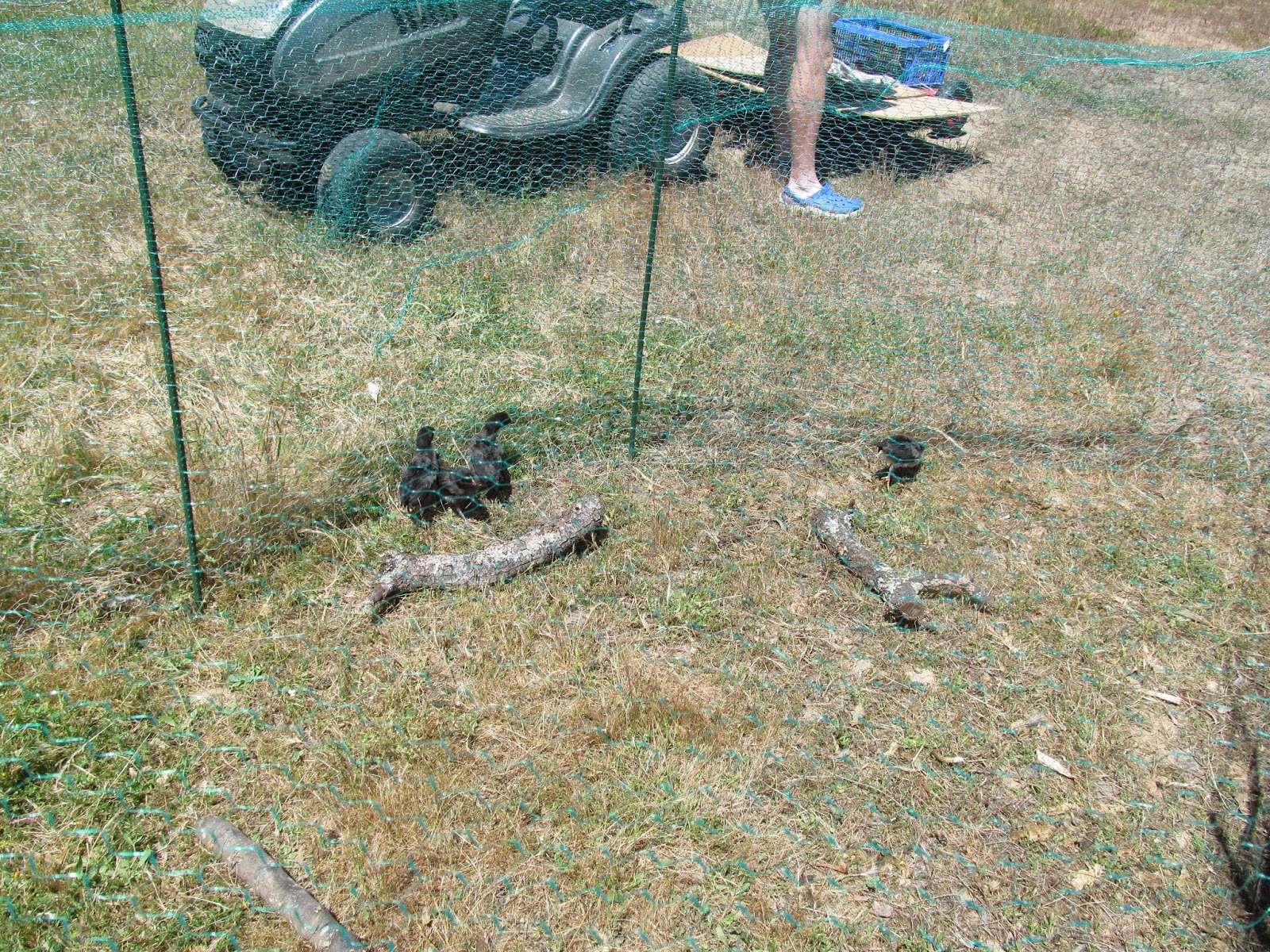 They seem to be very happy there.  They enjoy flying and we have put a net across the top and some higher perches for them.  Steve modified the dog cage with some mdf around the sides to give them a bit of protection during the night since the pen is not fox proof. 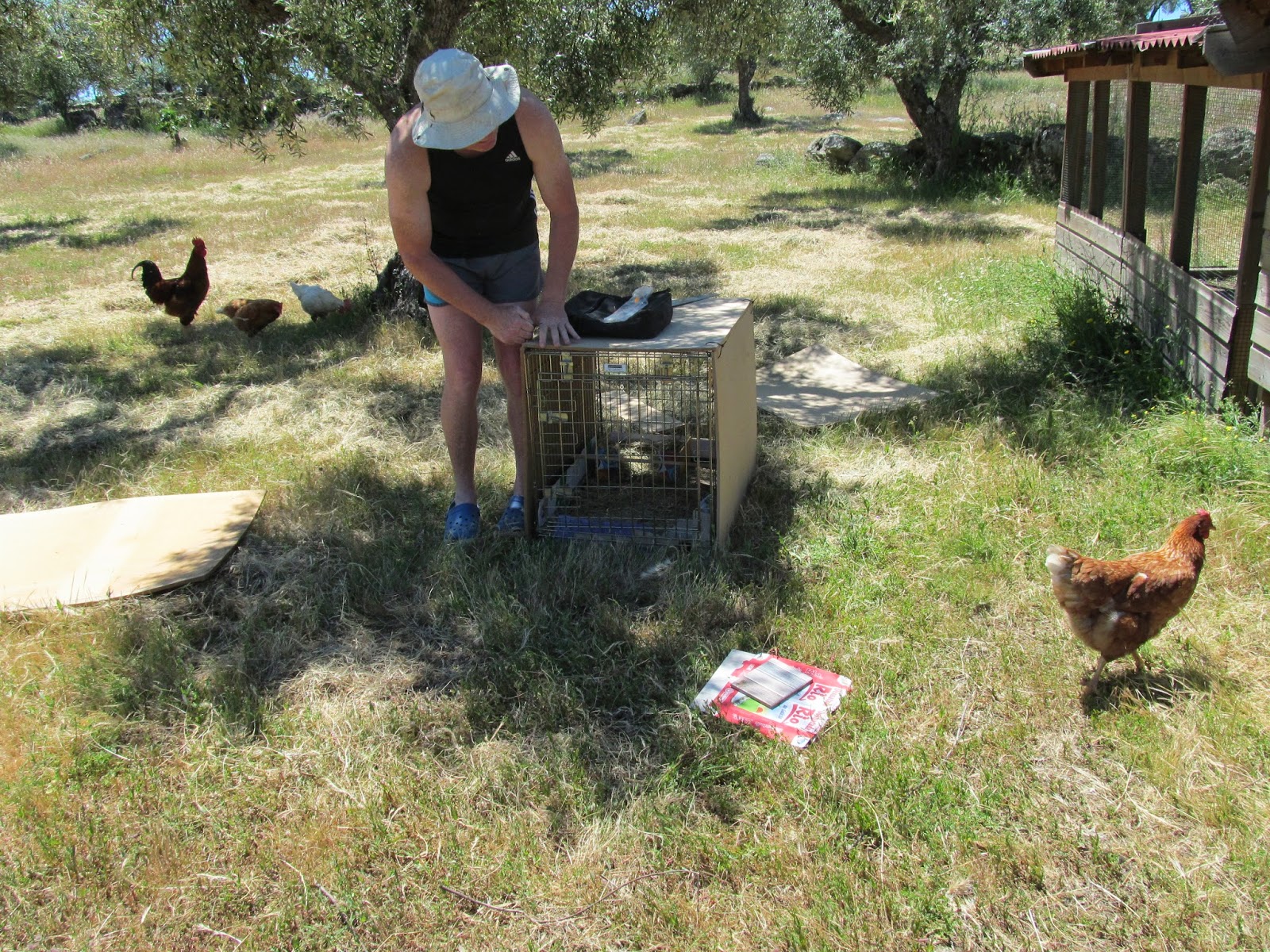 It's a big space for the little peas. 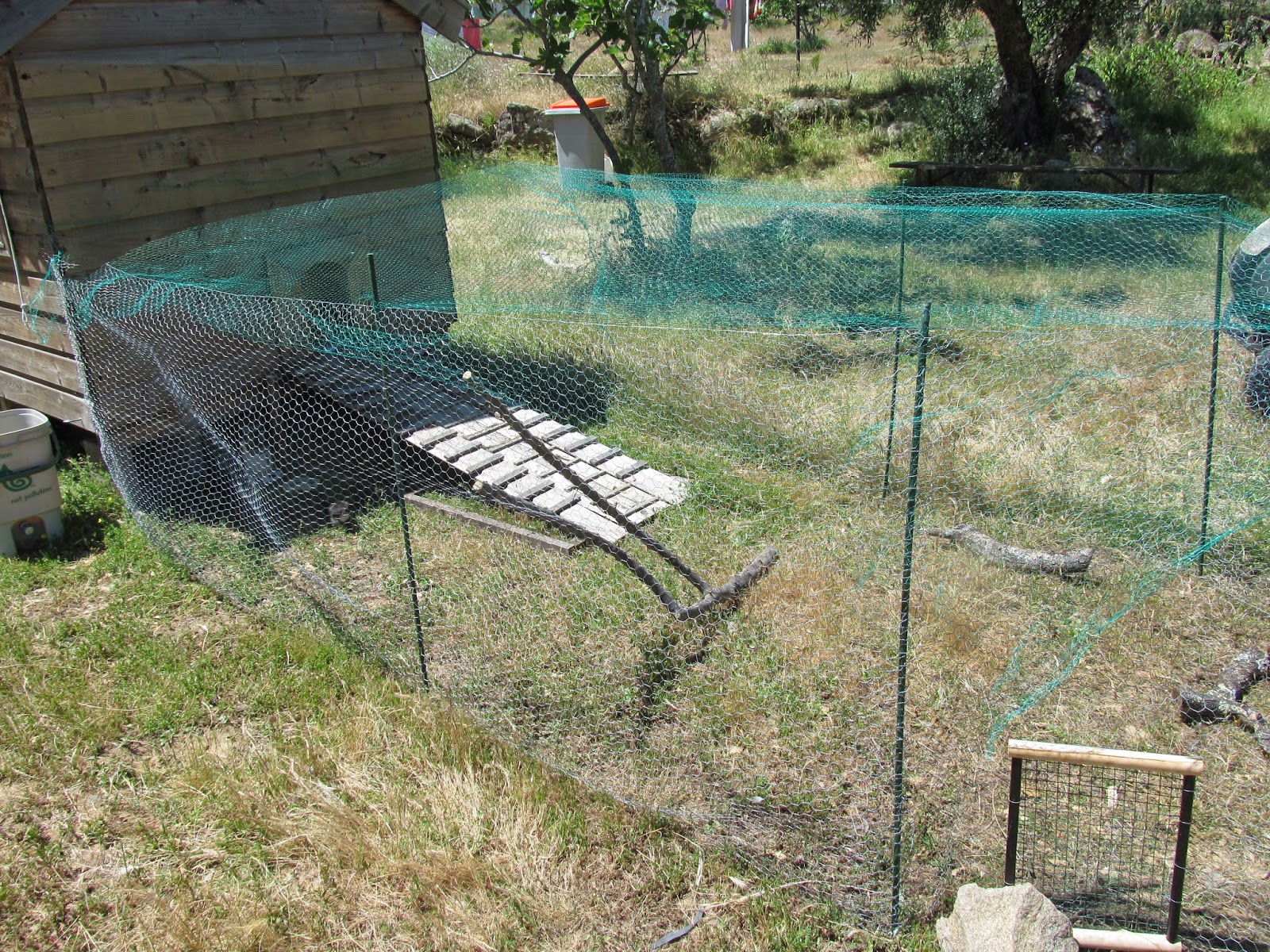 Nothing nicer than standing all over your food! 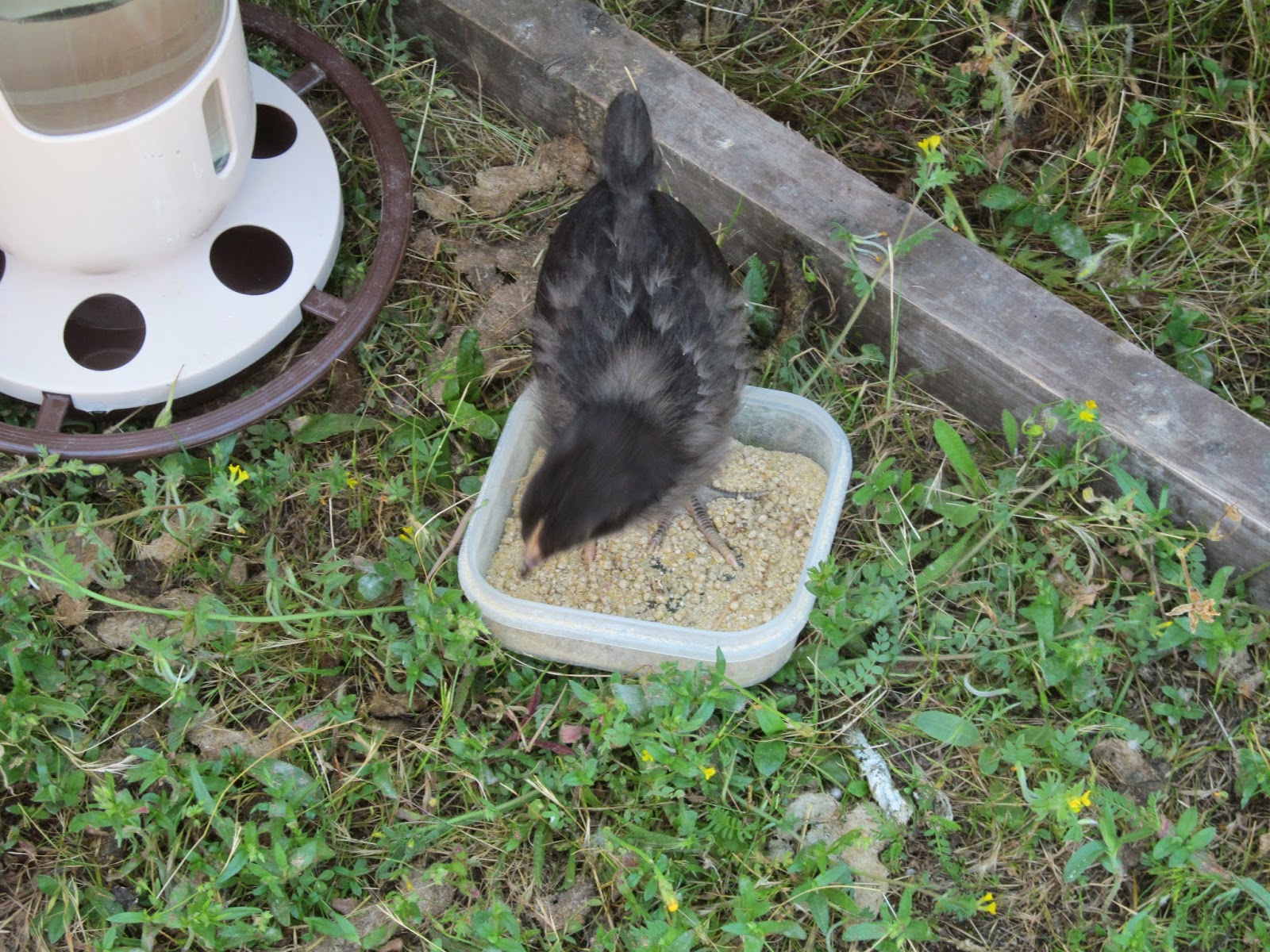 Eventually, when they are bigger, the dog cage will come out and we will open up the big house so that they can go up the ramp to bed at nights.  At the moment Carmen and Miranda the hand-reared Goslings are sleeping in the big house. 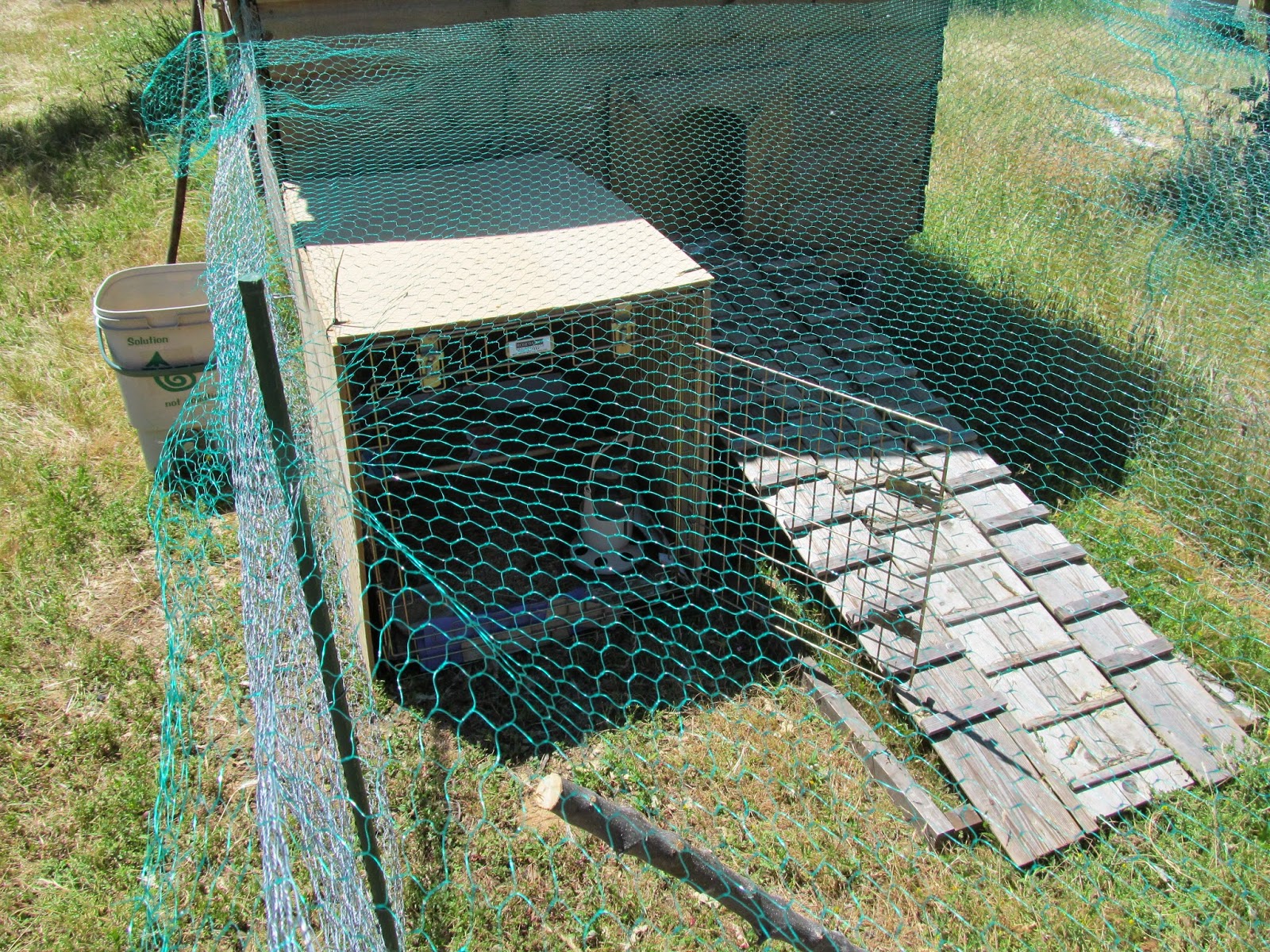 There is going to be an issue with our little Black Eyed Peas though.... Having read quite alot more about the breed I realised that they are not suitable for eating, too light and small.  And four is hardly a good start for a breeding flock anyway... plus.... since the information I read on the internet says the cockerel is larger than the female right from hatching... it might be that we have three cockerels and only one hen!  Goodness that's no use at all!  We shall have to watch and wait and see before deciding what to do with them.  There is always something to look forward to!
Animals birds Building Chickens Farming Gardening Geese Spain Volunteers