Taking Control of the Power

- February 06, 2014
A few weeks ago Ilona over at Life After Money wrote a post entitled Think before you Click.  Basically she asked us to think twice before flicking the electric switch.  It got me thinking more than twice.  Electricity here in Spain is really expensive.  We are paying almost three times as much as we used to in the UK and we use only a fraction of the power.  And electricity prices are rising here, on a monthly basis!  How long this can go on is anyone's guess but for us it is on the verge of non-sustainability.  In short... we can't afford to pay any more than we are paying right now.  We also can't afford to install the solar electricity system that we want so other measures will have to be taken until such times as we can disconnect from the grid entirely. 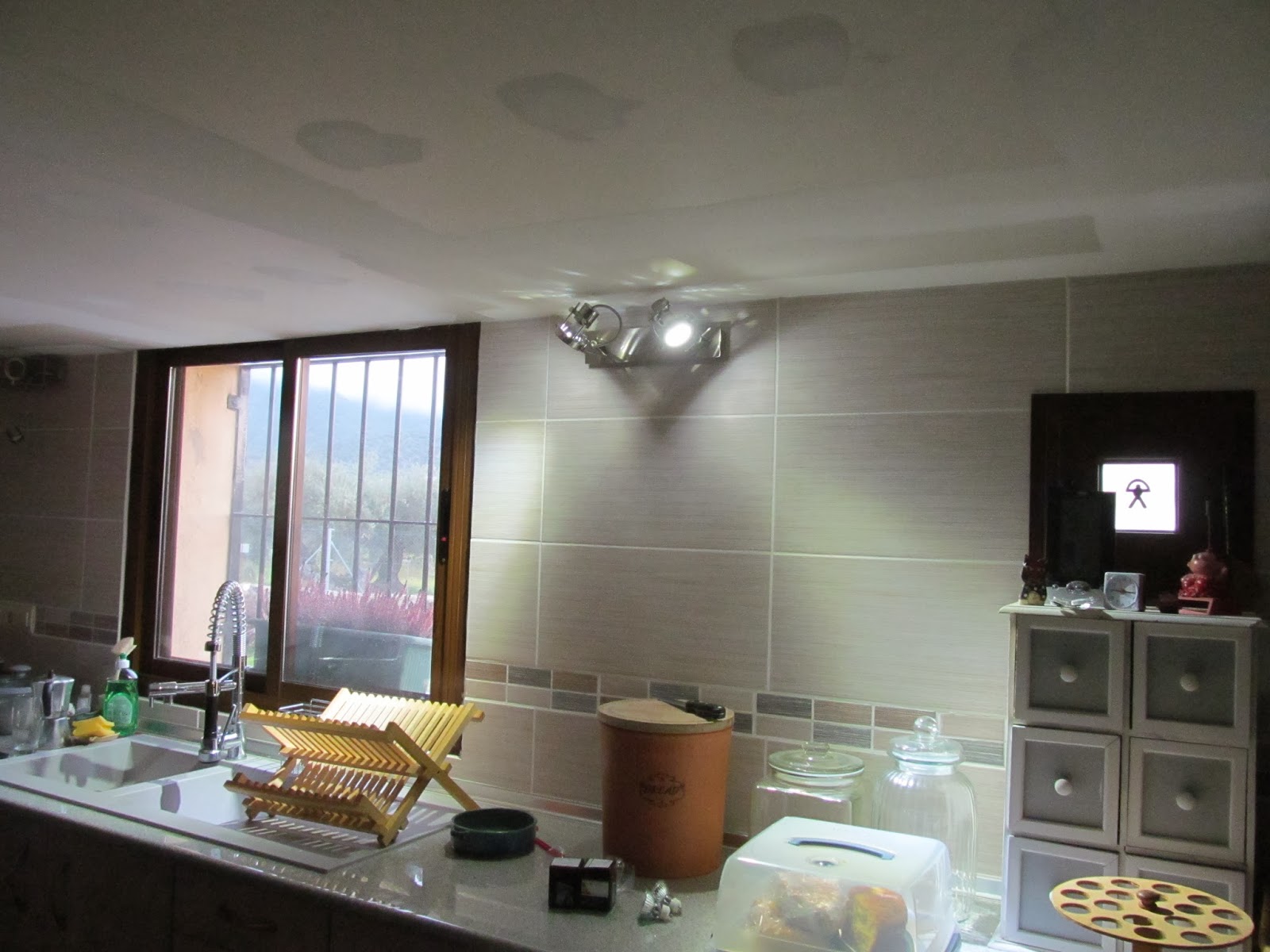 Now, if it wasn't for our needing (?) the internet we could probably do without electricity right now.  Connection with the outside world is really important to us, we have a large family spread out around the globe and we are very used to being able to simply turn on the computer and skype or email at will.  The internet is non negotiable - it's got to stay connected.  We also enjoy the television and don't see why we shouldn't be able to have a modern lifestyle with our modern appliances without living beyond our means.  So we have established that we do need some power.

So we have started to look at the other appliances that we use.  The first thing we did was give away the electric kettle and toaster.  You would be amazed at how much power they use.  We have a gas cooker and a kettle that goes on the top, there is a gas grill on the cooker so although the electric kettle and toaster are quick and convenient, they are not worth keeping. 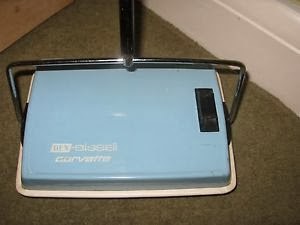 We cut down the daily use of the hoover to a once a week thorough clean and if any more is needed we bring the broom out!  An old Bex Bissel would be very useful for the rugs... on the Christmas wish list!  Then we changed the light bulbs over to LED bulbs. 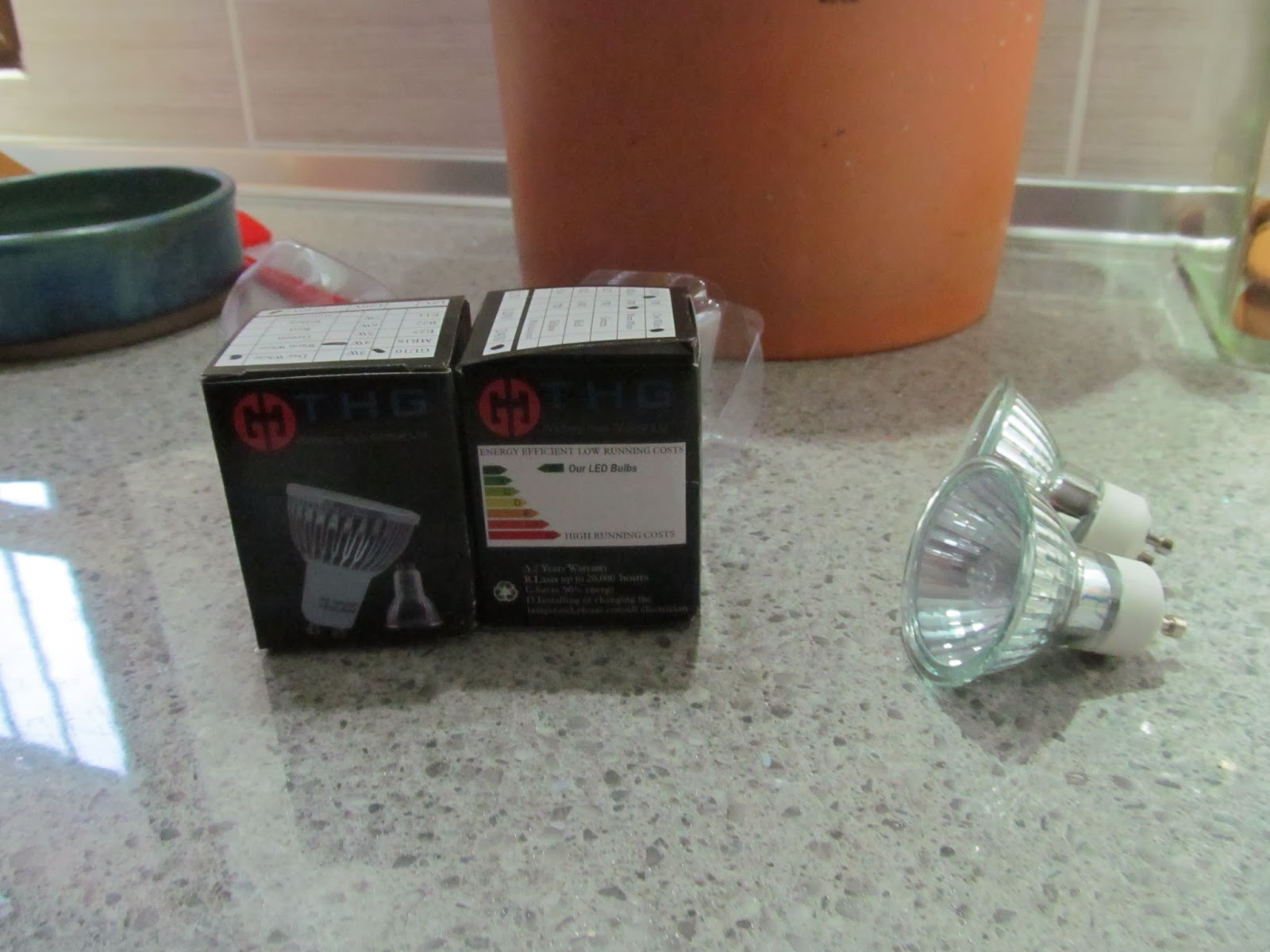 They last up to 20,000 hours and save 90% energy on a standard bulb.  Now our six kitchen spotlights are less than forty watts in total when the old bulbs were 40 watts each! 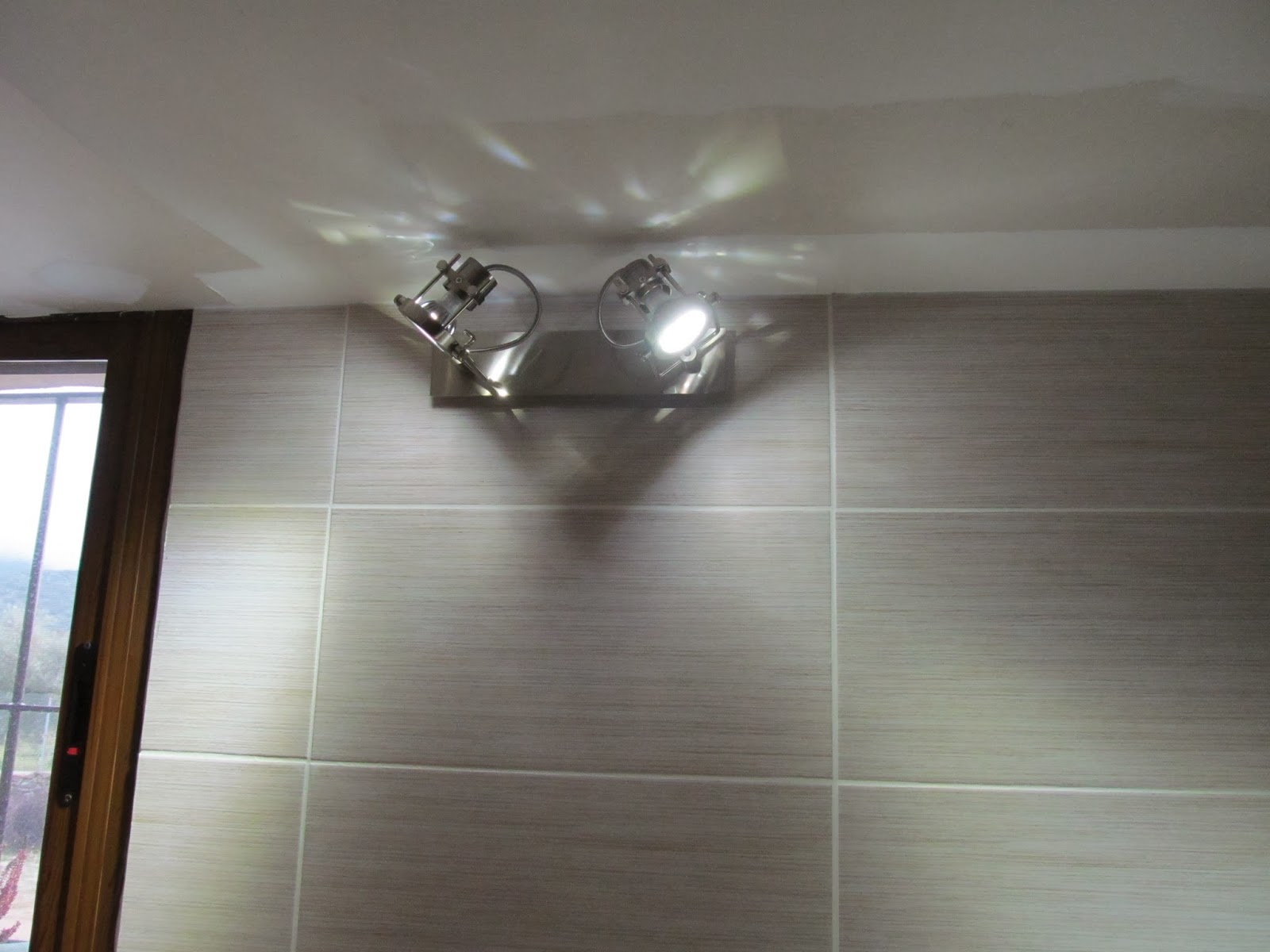 Once we do change over to solar electricity there will be a limit on the number of gadgets that can be run at the same time.  During the day when the sun is shining we will be able to use just about everything, but at night when we will be relying on stored battery power, things will have to be rationed.  I do enjoy my baking and I have an electric mixer and a food processor - however if it was raining I would either have to forego that particular recipe or do it by hand - which can be done.  All food preparation that involves the electric gadgets would have to be done in daylight.  We are already getting our heads around this concept and checking the weather before starting anything.

A change of lifestyle is in order.  The washing machine is used only when the sun is shining - the tumble drier is sat on our veranda gathering dust - it hasn't been used for nearly 18 months.  Clothes are dried outside or on clothes horses inside... yes we do feel sometimes that we are living in a Chinese laundry but we don't really care.  Anyway, winters are short here and rain is rare during the rest of the year.  We never iron (almost never iron).  We smooth our clothes when they come off the line and fold carefully.  If you have been careful about hanging them out neatly (seams straight etc...) then after a gentle smoothing and stacking in piles they can be worn without anyone really noticing that you haven't ironed.  Again... we don't really care.  If we were going somewhere special we might make more of an effort but mostly it isn't necessary to use the power for ironing.

I have a wonderful electric sewing machine and an overlocker too.  These draw down a lot of power and it may be that we will have to use the generator (currently broken but due an overhaul very soon) if I want to do fancy sewing. 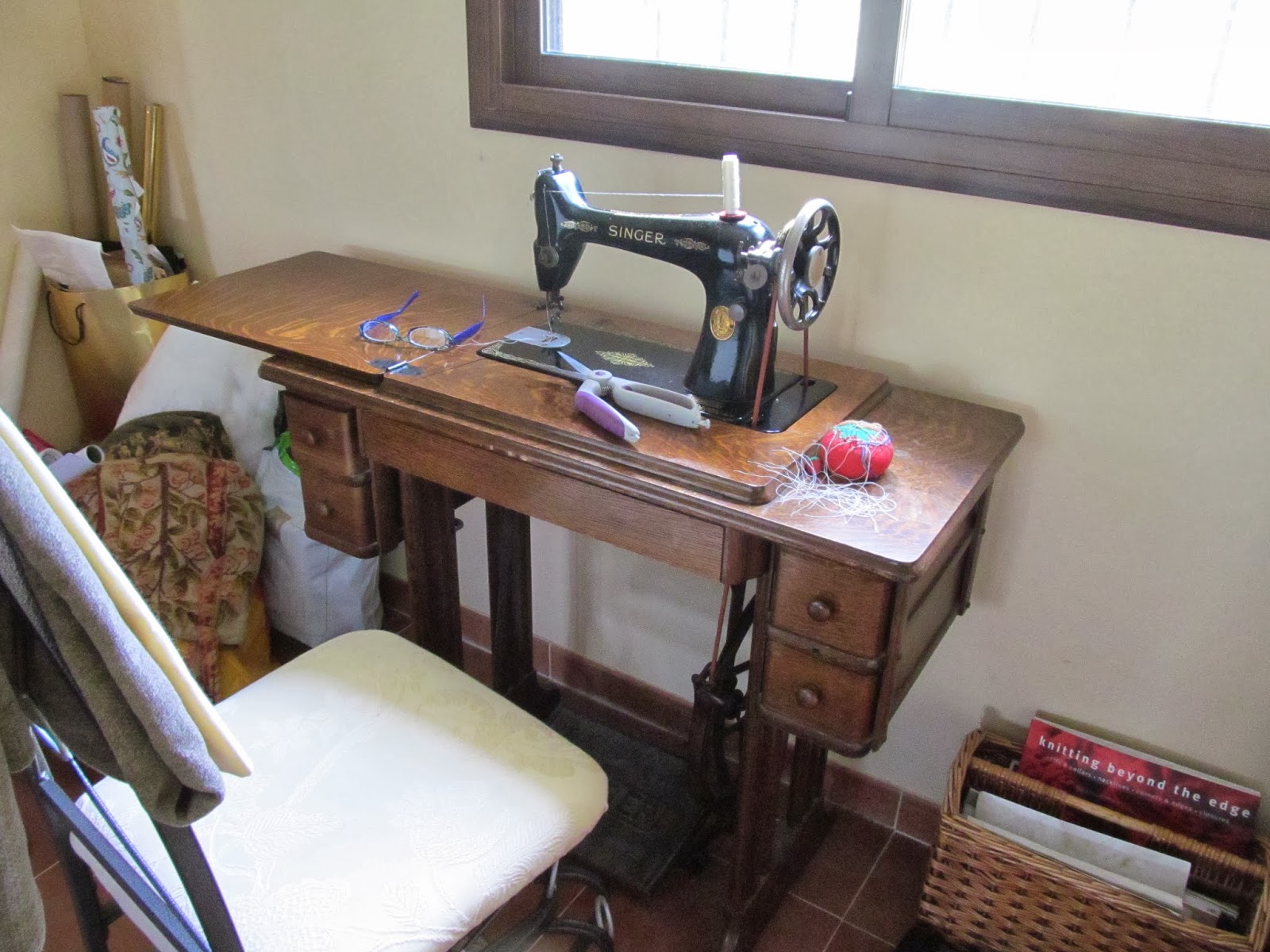 BUT... I also have a 70 year old treadle and a hundred year old hand machine both of which work perfectly for sewing in straight lines. 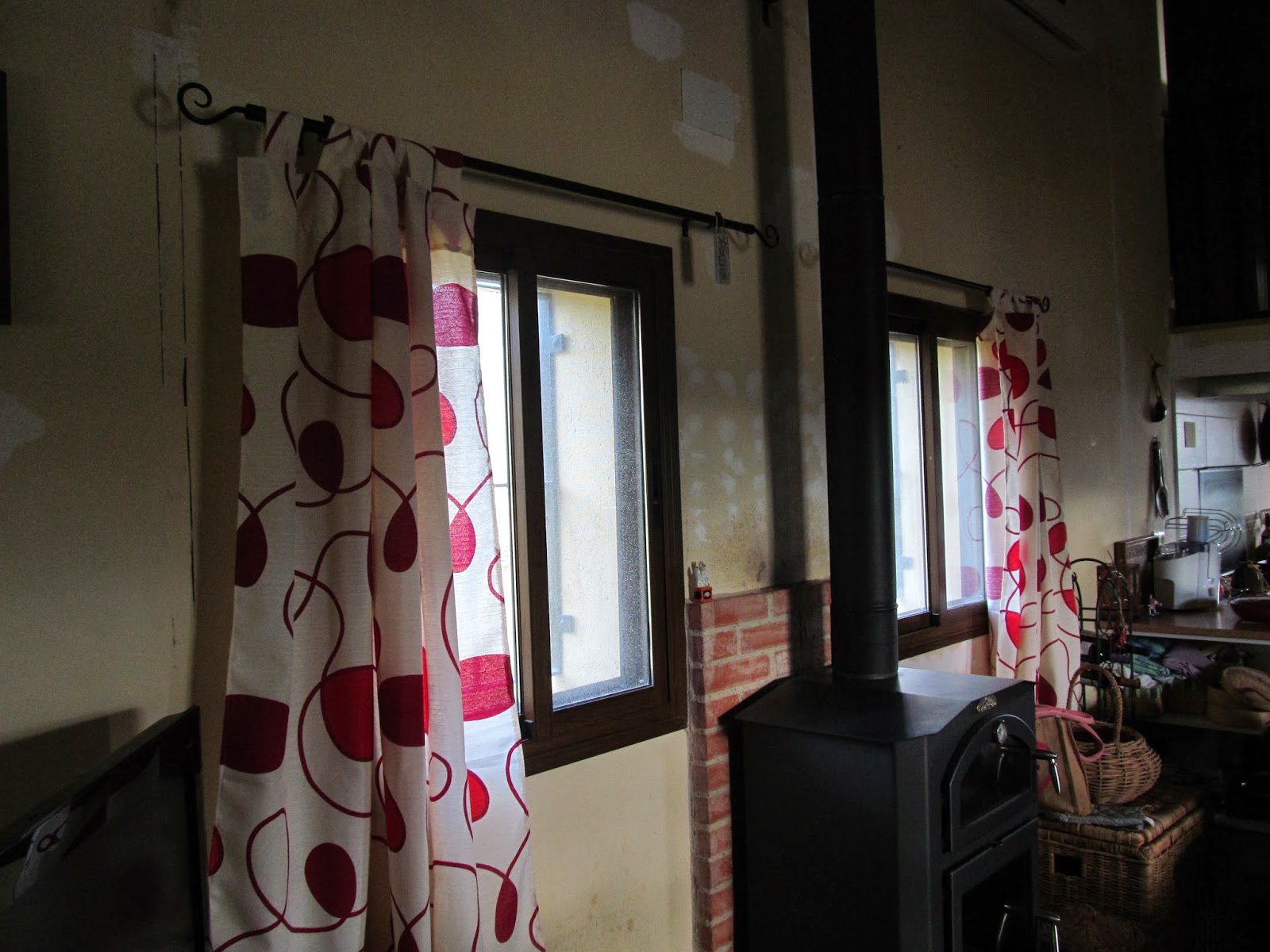 All curtains and cushion covers were sewn with the treadle during daylight hours... cost for all of them... less than 30 euros for the fabric... energy costs... nil! 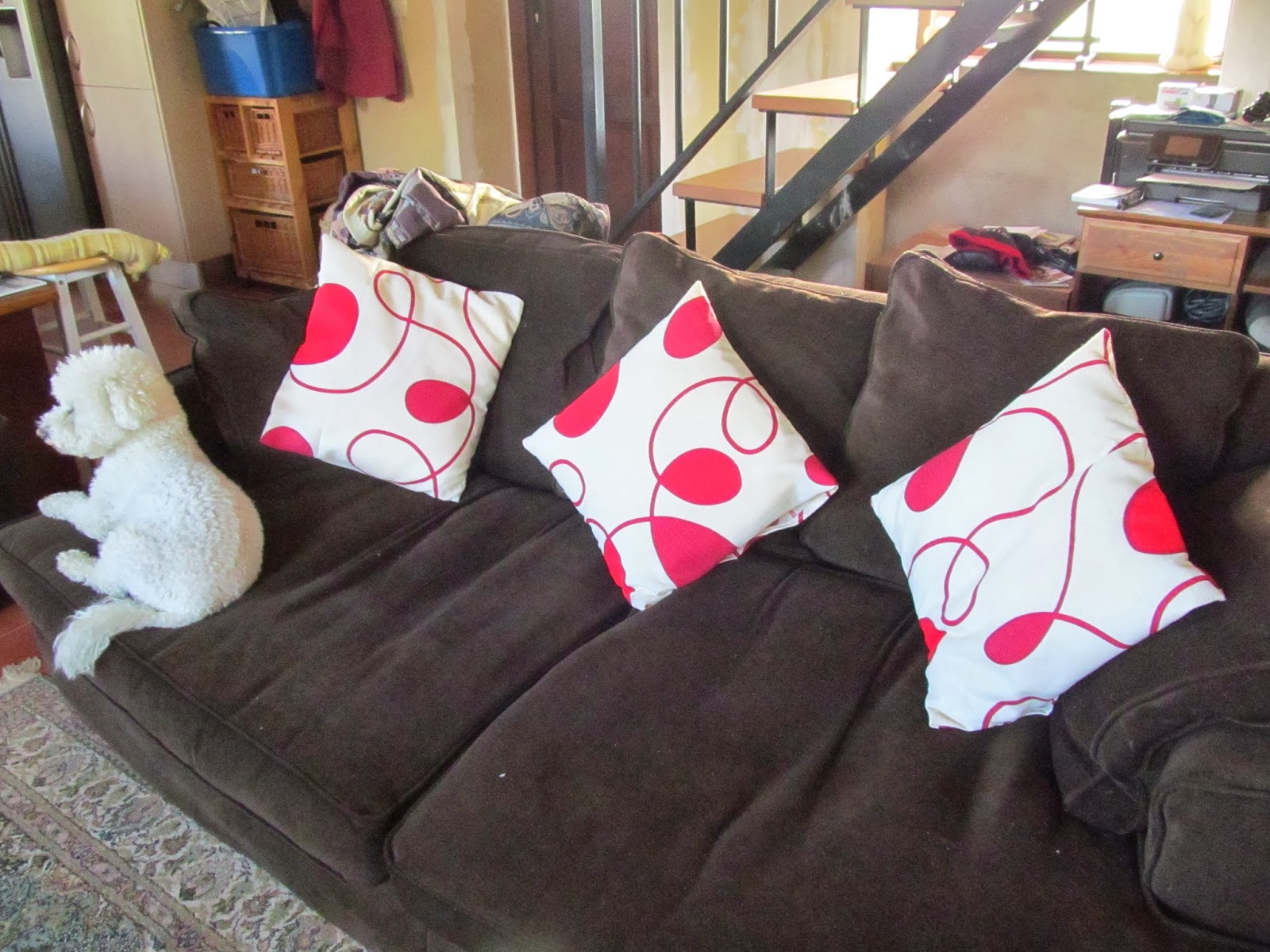 You don't have to go to extremes to start saving money on your electricity bill right now.  But once you start thinking about how much power/money that 'click' is using it gets easier to impose more and more austere cutbacks on yourself - the reward is the wonderful feeling of having money in your pocket and not owing anybody anything.

Building Cooking Energy Spain What is a Technobilly?