- February 09, 2014
We swapped some eggs for a whole load of oranges and lemons, to see what I did with them take a gander over at Food from the Finca ,  our friend who gratefully received the eggs emailed me to say that they couldn't understand why my eggs were much better than the ones they had been buying from a Spanish neighbour, who incidentally, also keeps her hens free range. 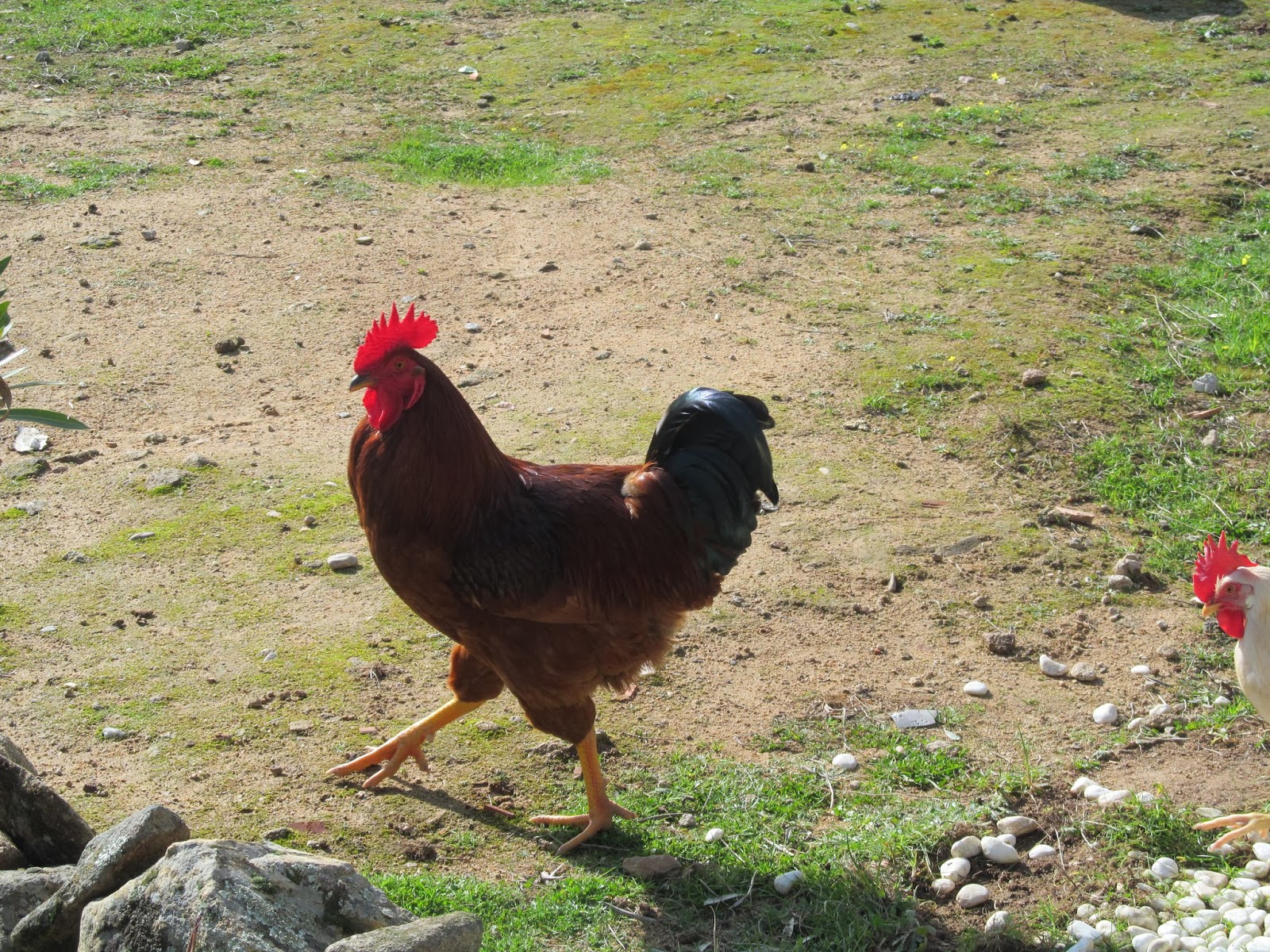 Truth be told, few Spanish  housewives would tolerate the level of freedom that we allow our animals here at Finca La Reina.  They consider free range to mean a large enclosure with a few ramshackle buildings where shelter can be found and nests made.  The ground very soon gets scratched down to plain dirt and not a single newly sprouted blade of grass escapes the beady eyes of the hens. 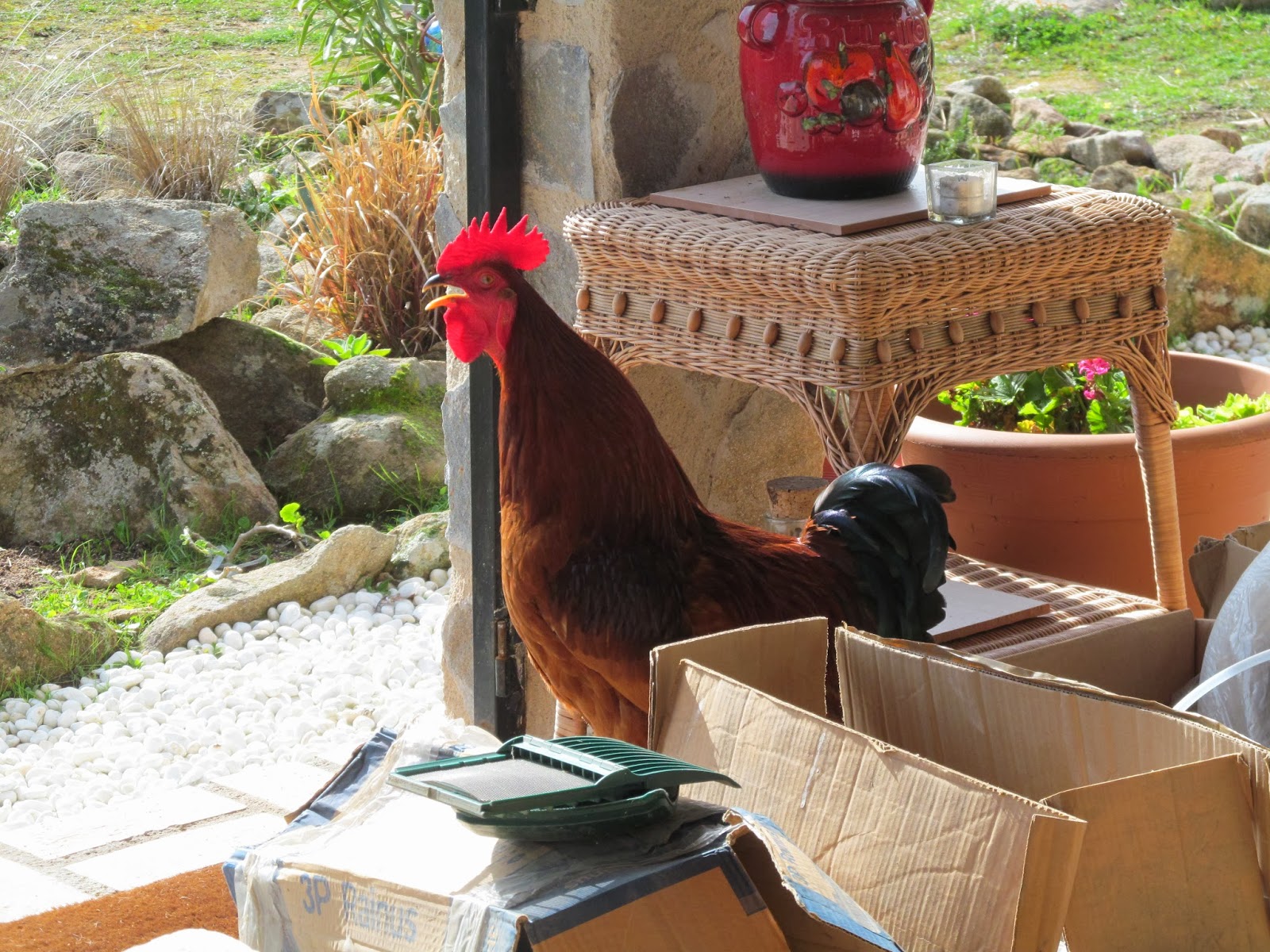 We let our five chickens and the two geese roam wherever they want.  Since we have nearly 7 acres of grass and streams and wild bits too, we thought that their impact on the ground would be minimal.  Well the impact on the 7 acres is definitely minimal but their impact on our living space is getting beyond a joke.  In spite of there being two streams converging on the water meadow the geese would rather spend their time close to our house trying to squeeze into a tiny bird bath.  I don't understand it. 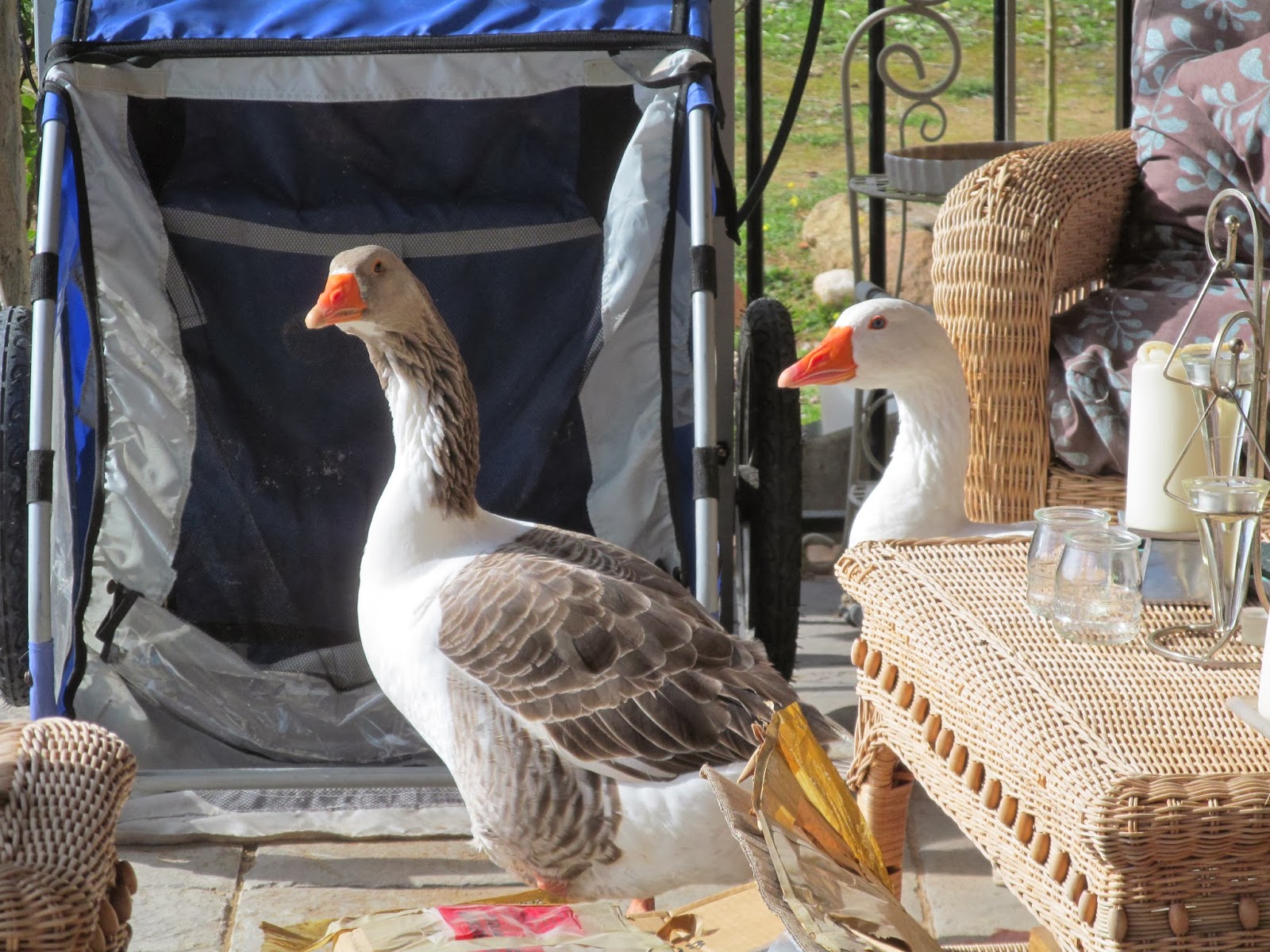 We came back from a shopping trip the other day to be met with all the chickens and the geese on the veranda, some sitting on the furniture (with a cat fast asleep on the chair I might add), playing with a pack of cards!

I kid you not!  The cards had been removed from their place under the coffee table and the packet showing signs of lots of pecking and the cards spilling out. 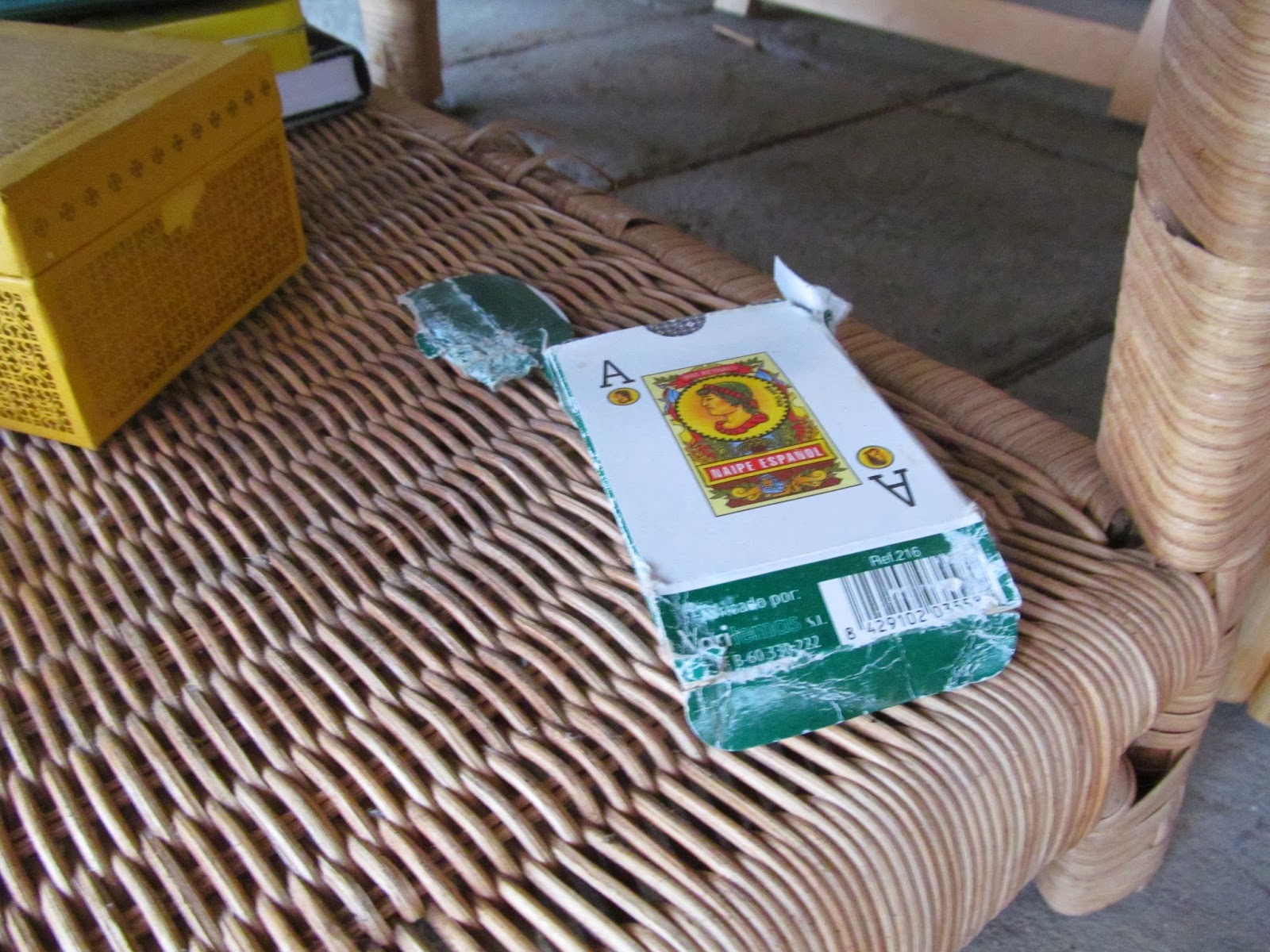 There seems to be a real fascination with our veranda and our living space in general for both geese and hens. 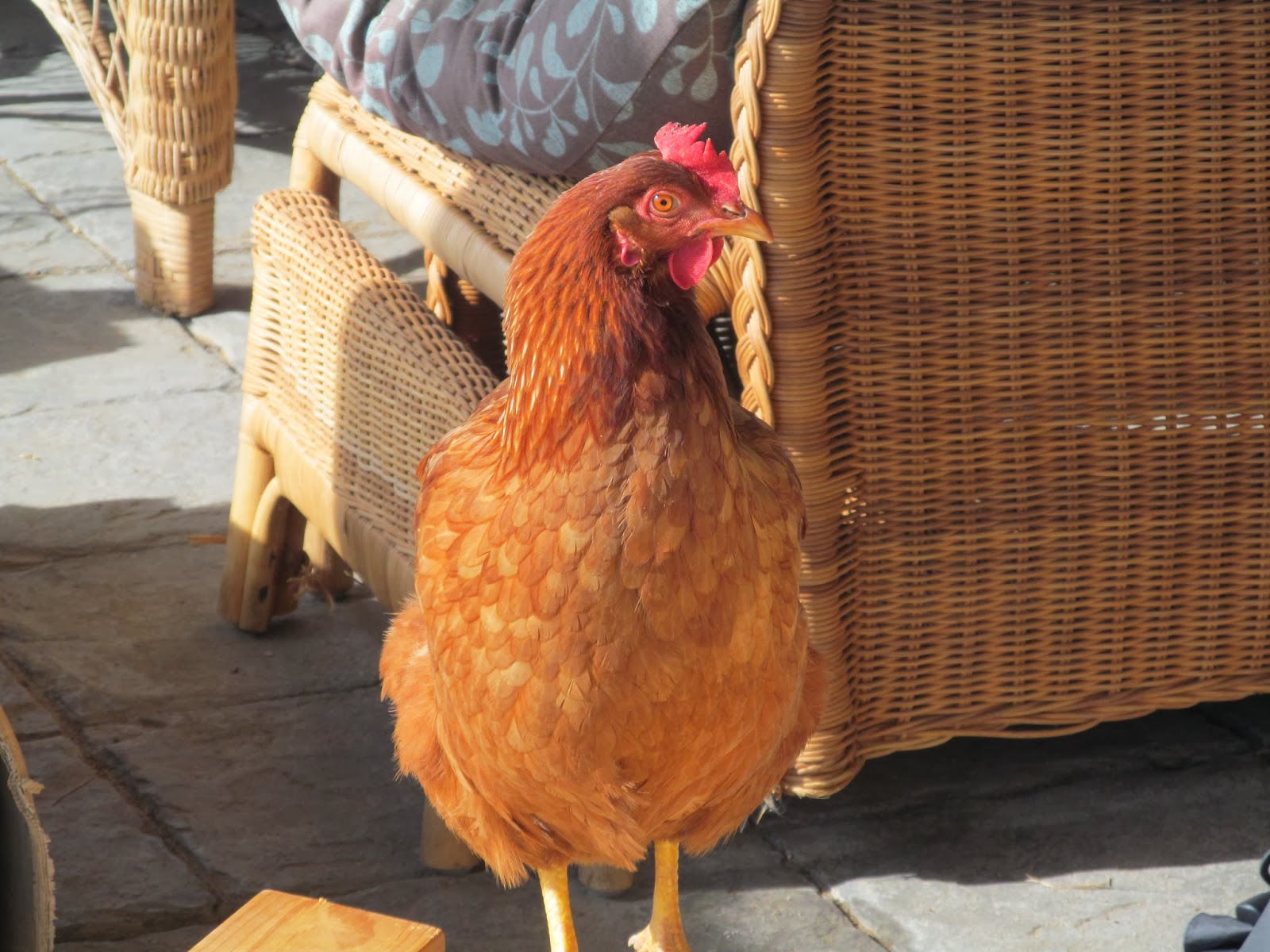 The chickens leave little deposits behind which are annoying.... 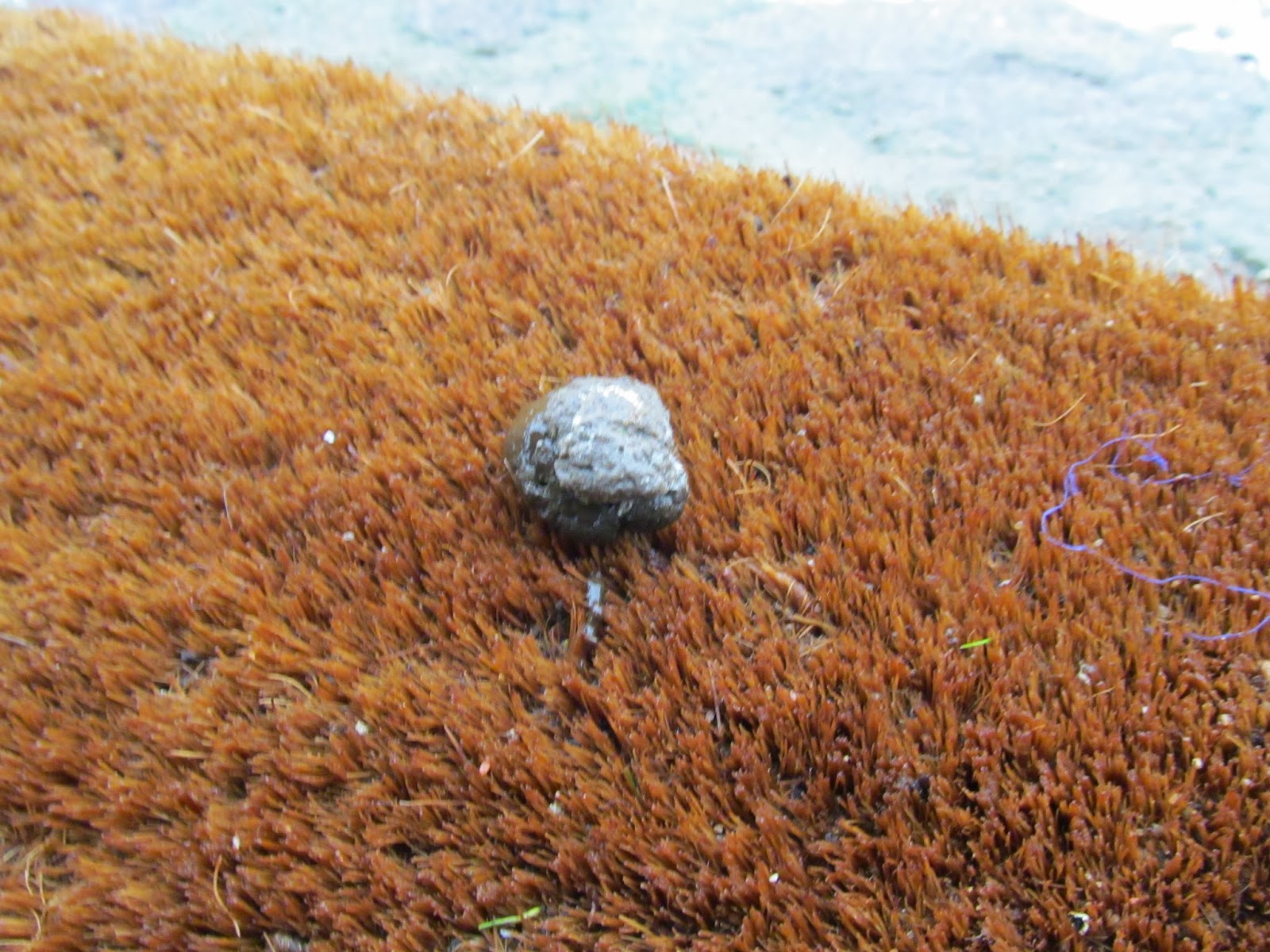 .... but seriously guys you don't want to see the mess the geese make!  It's so not good.  Finally, and especially since nesting season starts any day now, we have decided to pen the geese.  The chickens we will deal with later. 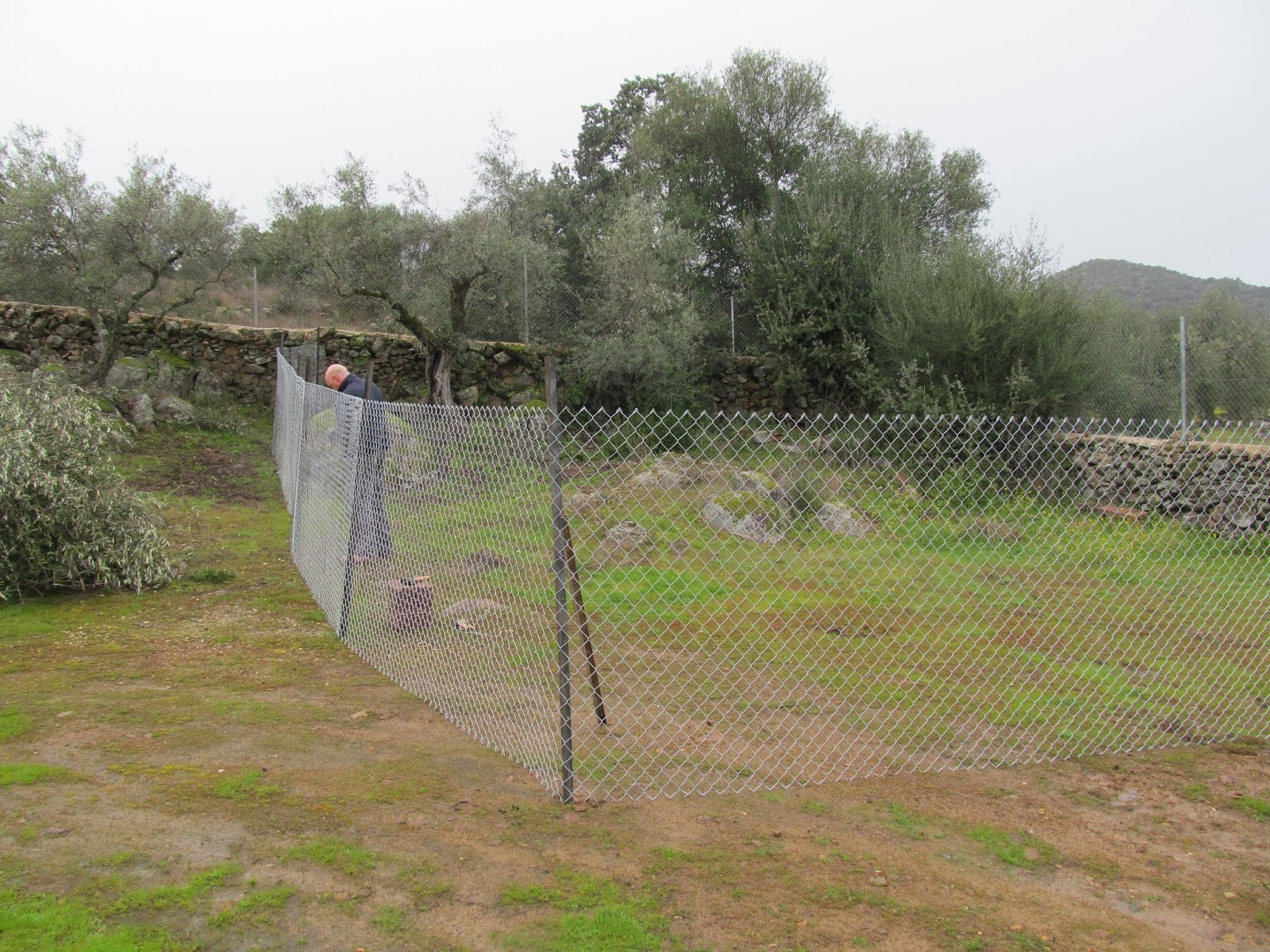 An enclosure has been made much closer to our house than the water meadow where the goose house is currently situated.  Remember all the carry on about shifting the goose house down there in the first place... ?yes well, it has to come back up again.  Just waiting on our latest volunteers coming at the end of the month to give us a hand with that. 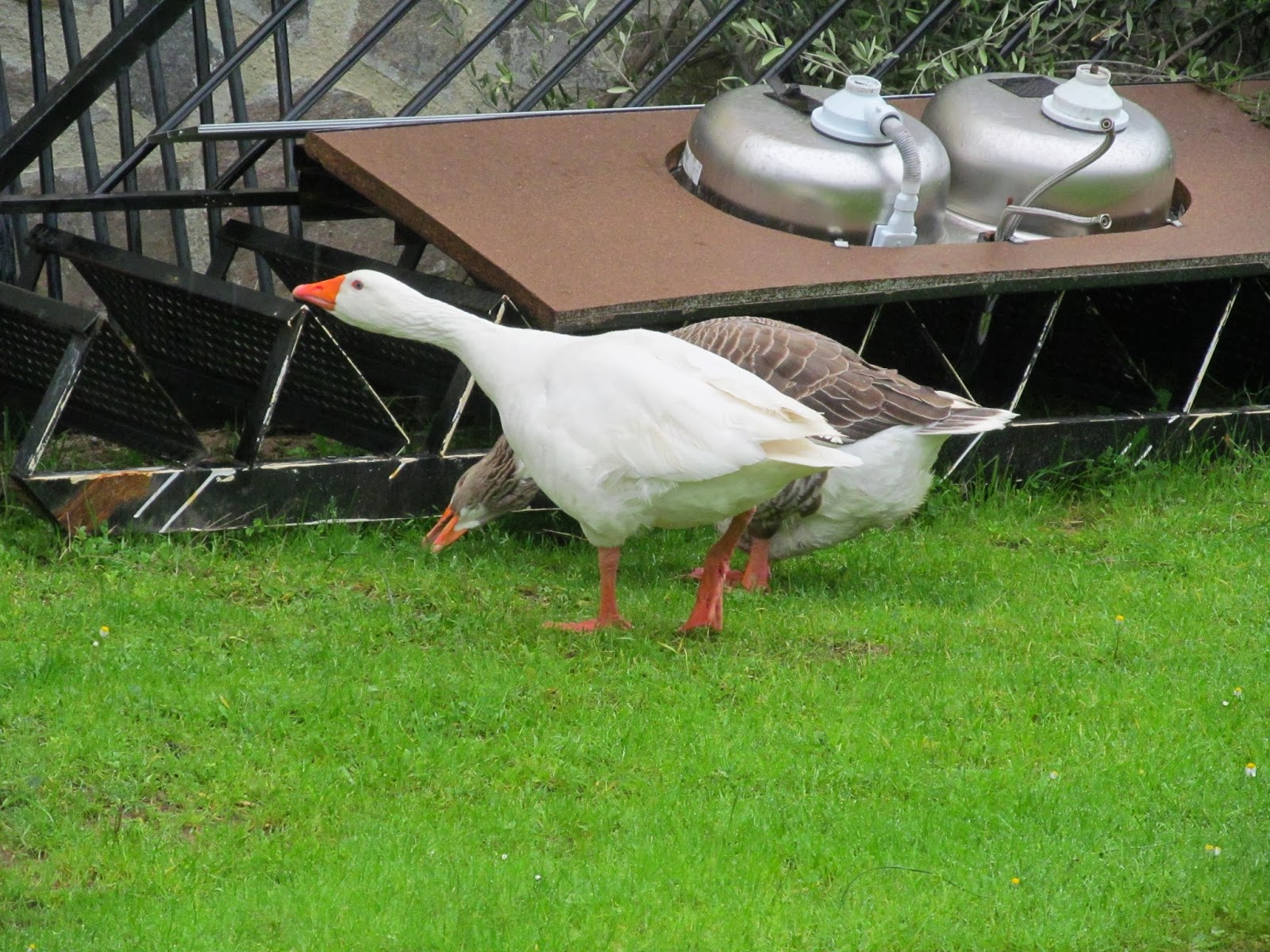 So for now, the geese spend the day in the pen and get herded down to the house in the evening, to be let out again in the morning.  A kind friend is giving us another couple of geese to help keep the gander happy, hopefully he will accept them and then we can cross fingers that nests will be made in the pen where we can make sure they are fox proof... we are already thinking ahead for Michaelmass goose and Christmas dinner! 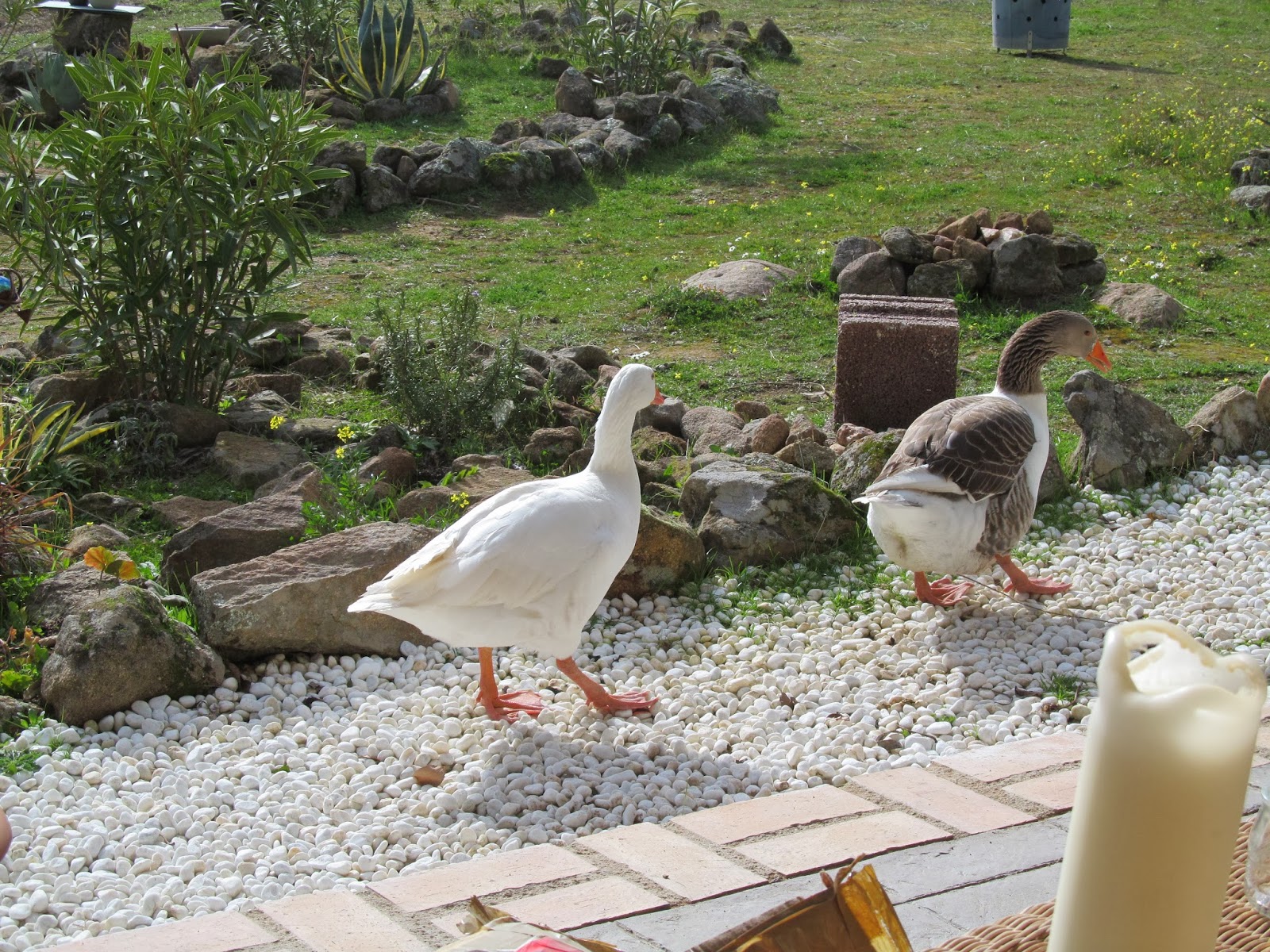 Are the geese happy with the change in their circumstances?  I suspect not, but to be honest it is hard to tell, they don't seem to do very much at the best of times except for kicking back on the veranda playing cards when our backs are turned. 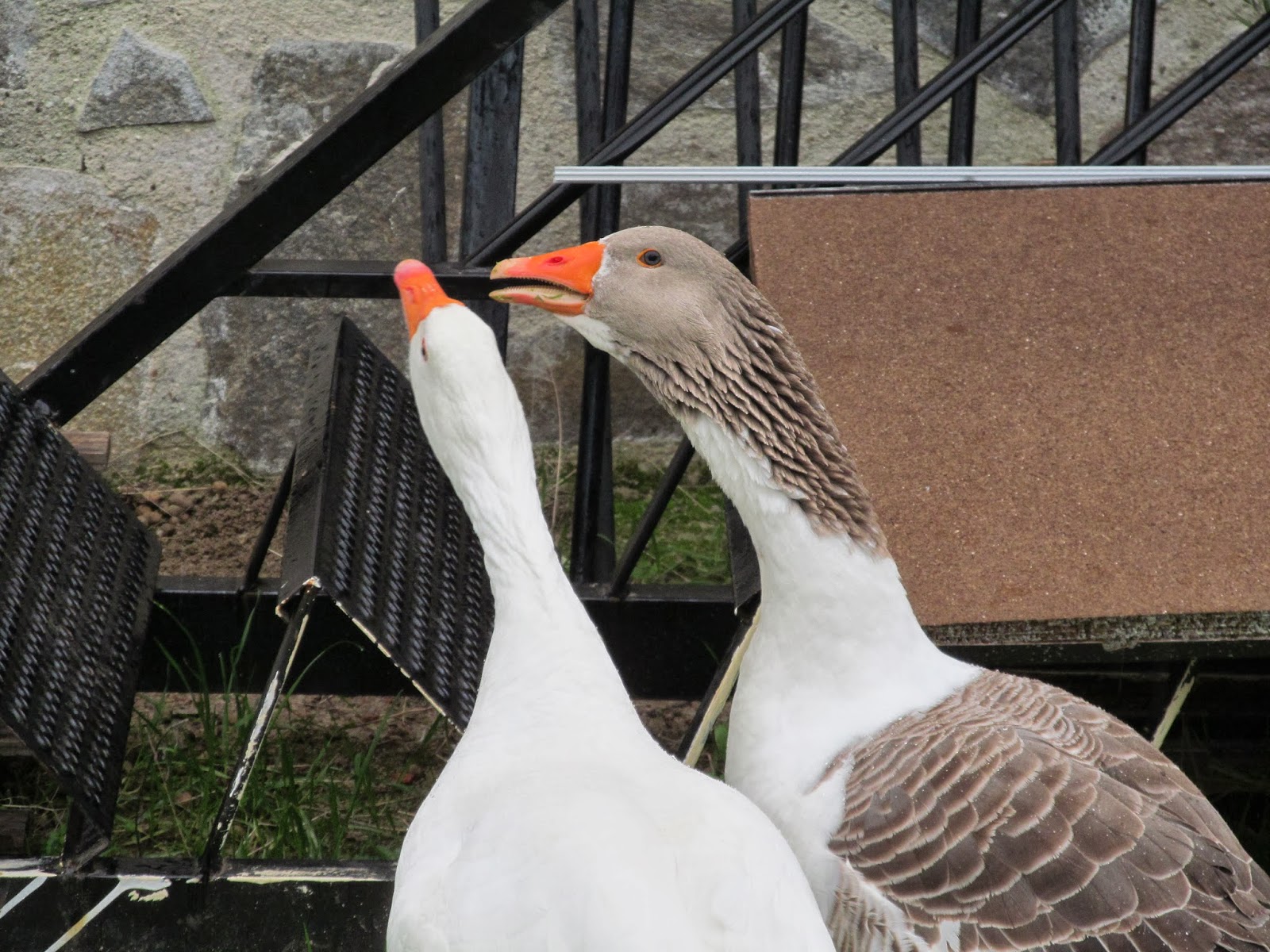