- February 27, 2014
At last!  We were getting a little worried.  After losing one female goose to the fox and then a very disrupting futile attempt to get the gander to accept another couple of females, we really were beginning to think that we had probably missed our chance to have goslings this year.

Our existing female goose is not a youngster and she showed no sign of nesting and in fact stopped going into the water because every time she did the gander took an opportunity to jump on her (if you see what I mean). 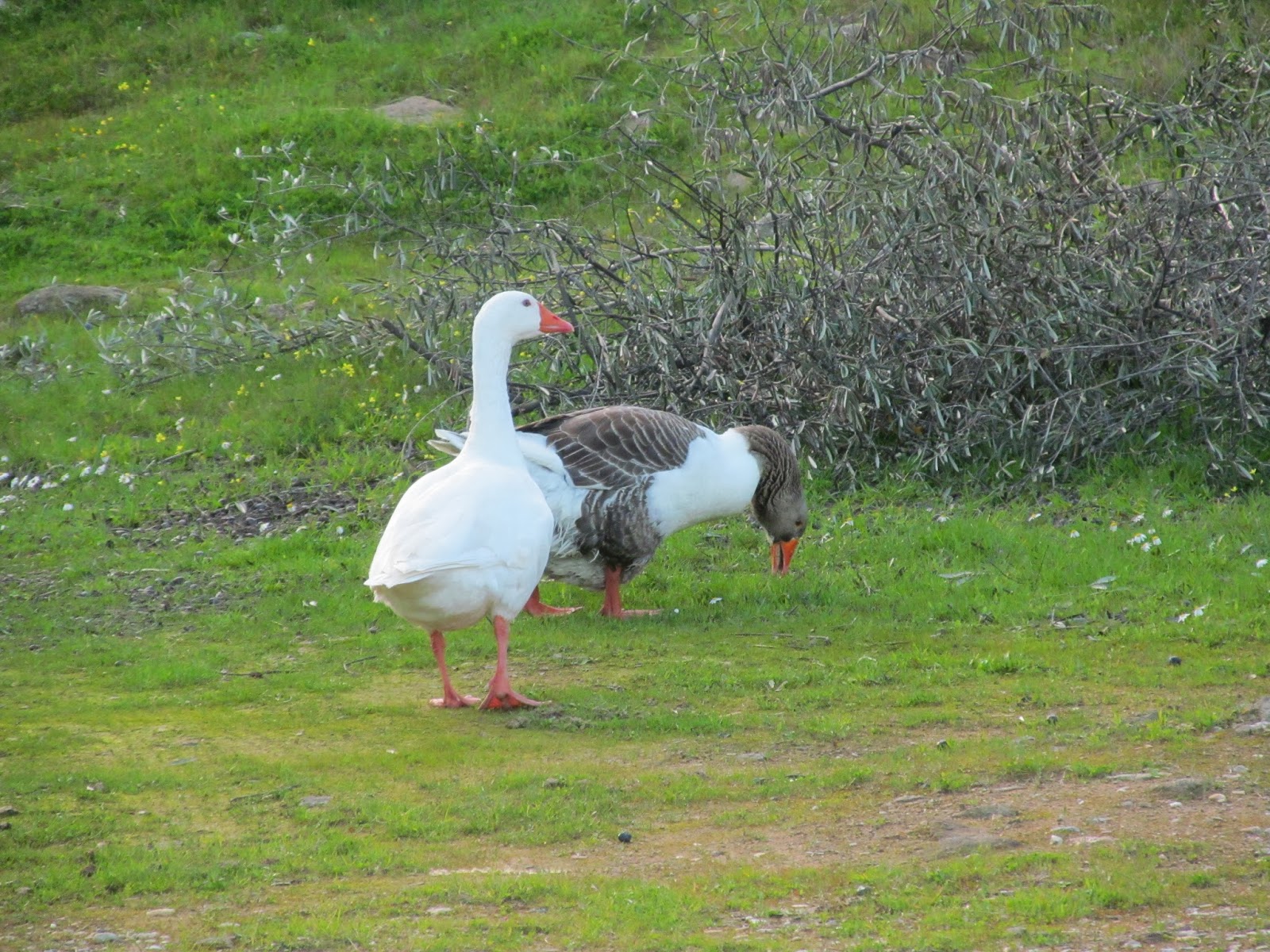 We really really thought that we would simply have two pet geese from now on and no goose dinners to come.  Yesterday she made a nest and laid the first egg. 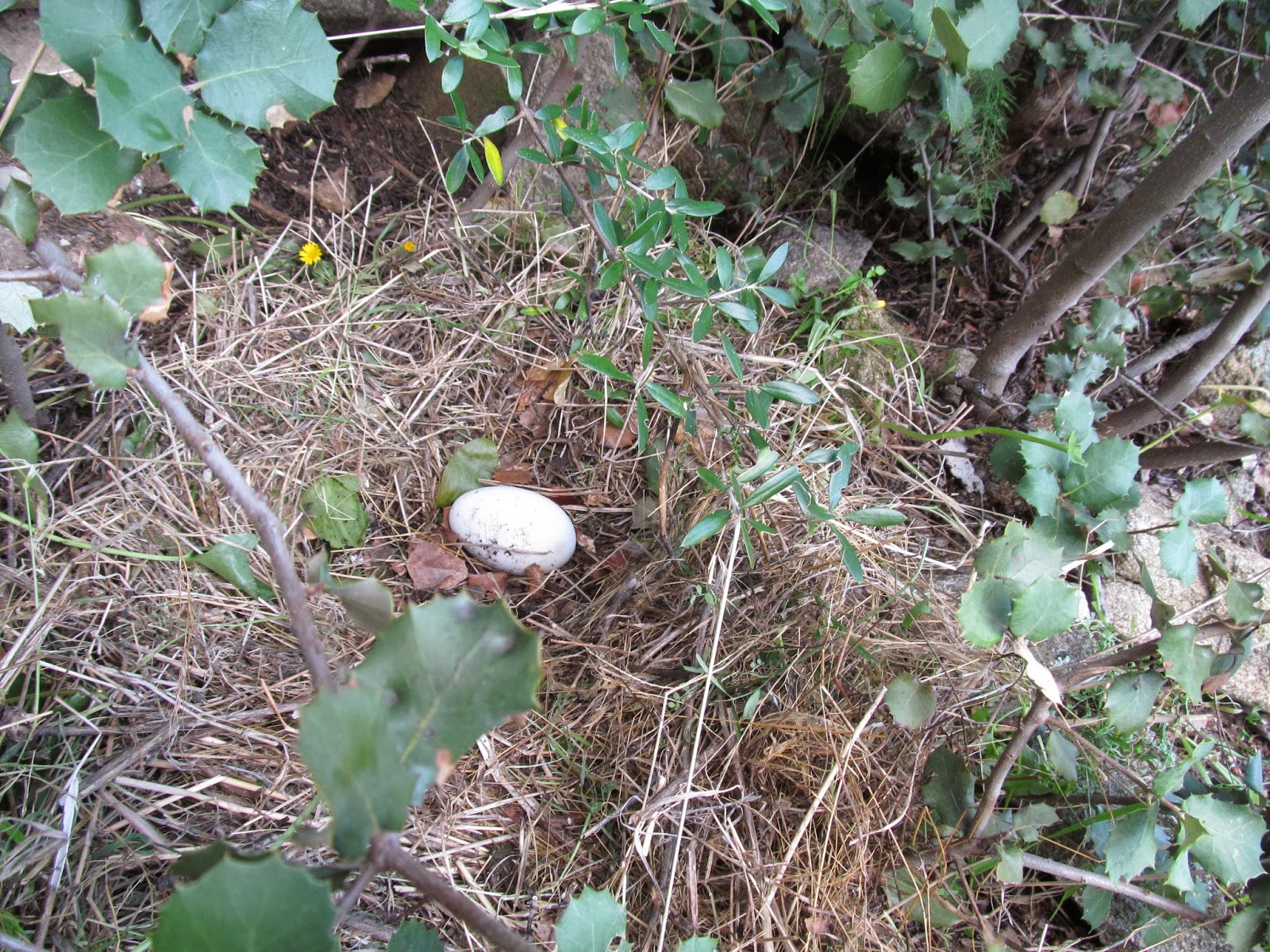 She should go back every couple of days or so and lay another until she has enough and then she will sit on them.  It's all fingers crossed that the eggs will be fertile.  The plan is that we will simply increase the flock size this year and start a concerted effort to produce 'dinners' next year.  But for now... sigh of relief and Whooo Hoooo! 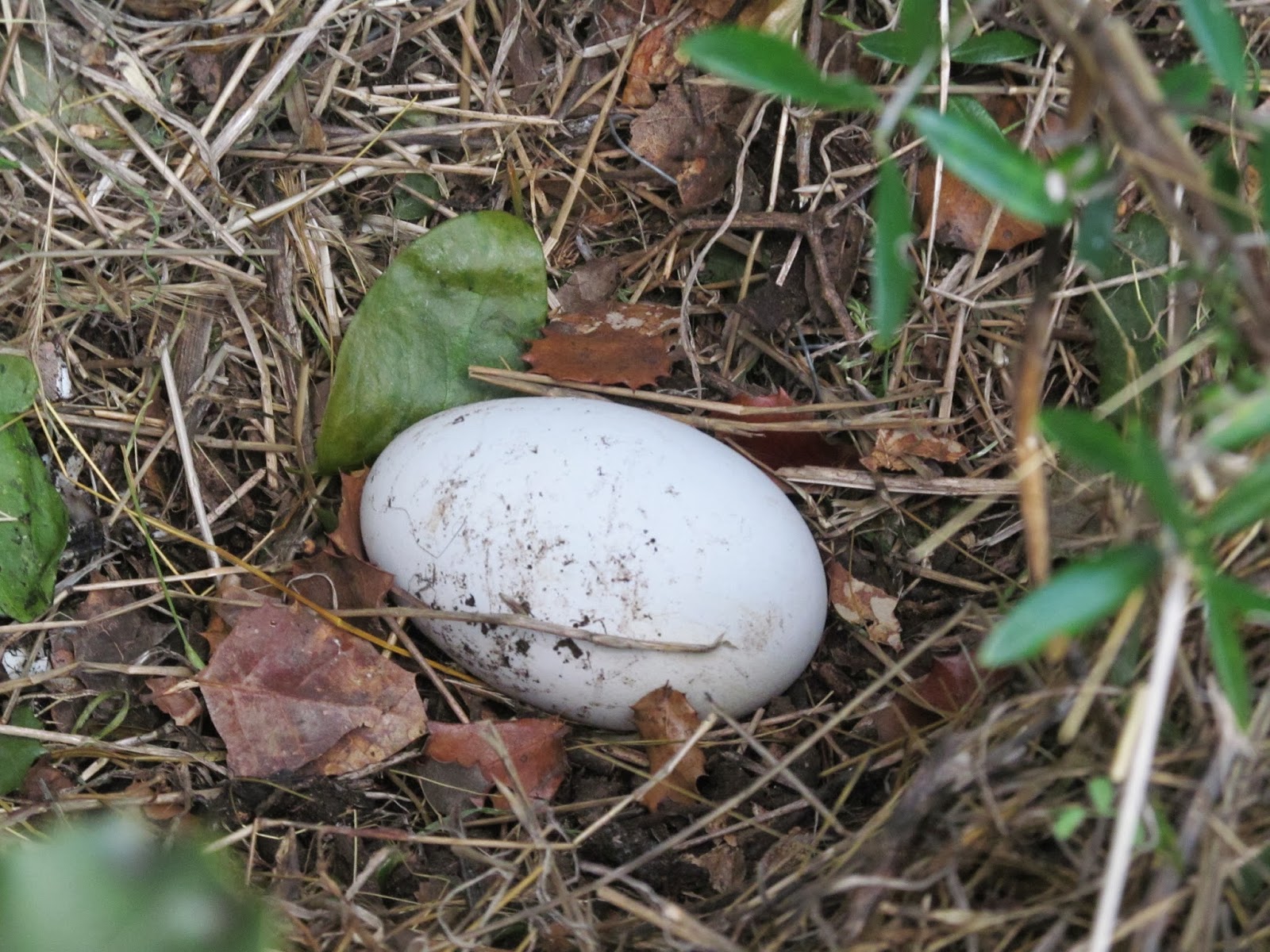