- August 17, 2013
It's Fiesta all week and today the programme of events announced a childrens Foam Party in the main plaza.
We have no children or grandchildren here to take to a Foam Party but we thought it would be fun to photograph so we took our cameras along to see what was happening. 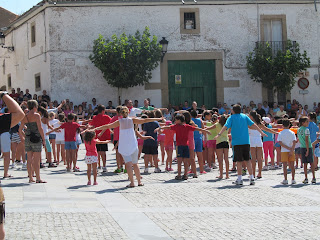 We were 45 minutes late but it seemed that the games which were scheduled before the foam had not yet started, we arrived in fact, just in time.... There was dancing... songs the children knew (and we didn't) ... 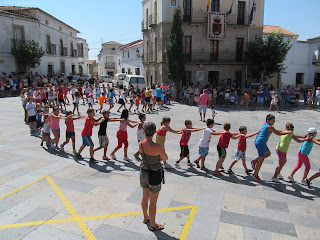 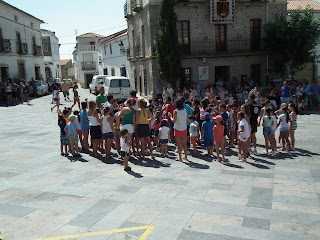 ... and then all the children were given paper wands... we wondered what they were for... and then they were gathered into a group in the middle of the plaza.... And suddenly.... .... in came the bulls! 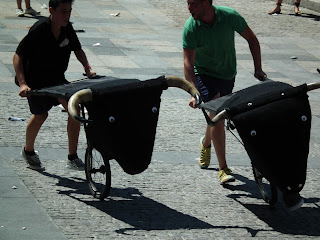 The children were shrieking and squealing and running for their lives! 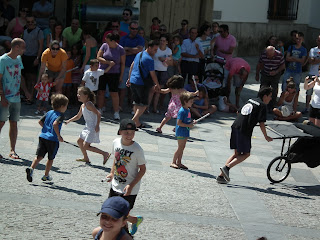 The bulls chased them round and round and all the children ran like crazy, occasionally the brave ones or the older ones getting a good whack at the bull with their paper wands. 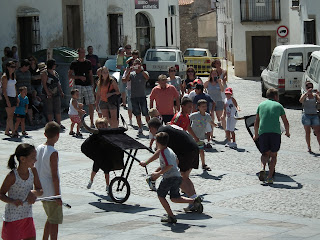 It was totally hilarious.  Sometimes the bull would single out a child and chase them until they were almost out of breath and couldn't run any more... just as they thought they had outrun him they would look round and see the bull just inches from them and then would find another spurt of energy from somewhere and speed away. 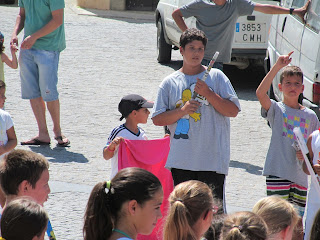 We never laughed so much!  A few of the children had come prepared with capes... aspiring bull fighters perhaps...? (yes they do still have real bull fights here).  I much prefer this kind of bull fight and from the looks on the children's faces they could have been real bulls.  The guys running the bulls in the heat of the mid day sun deserved a medal - they were exhausted by the end of it. 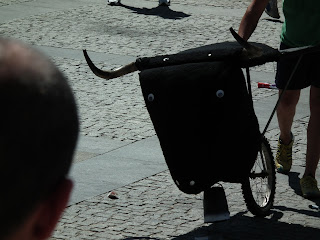 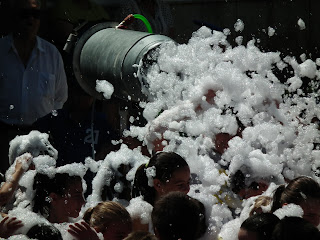 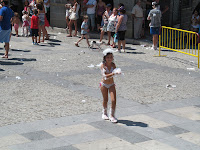 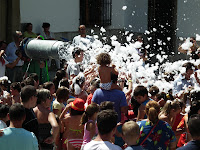 For more than a few minutes I wished I was 8 years old. 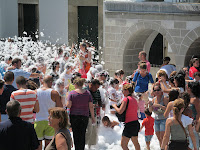 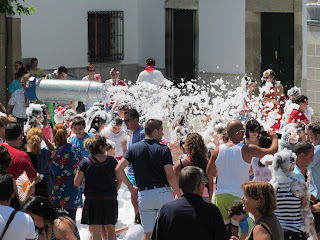 Tonight the merriment continues with more ... well we are not quite sure what the fiesta programme means... the literal translation is two heifers !  So we are back down to the plaza this evening to check it out!