Skip to main content
- August 22, 2013
It's now very very hot here in Spain and 10 major cities are on Orange Alert.  They issue an orange alert when the temperatures get over 40C.  The idea being that the elderly and young children should be kept indoors during the hottest part of the day and everyone needs to drink more (not alcohol lol!).  It's quite a psychological switch for those of us from Northern climes and even though, intellectually, we understand about heat and how to keep cool... actually doing it is quite alien.  I will explain... 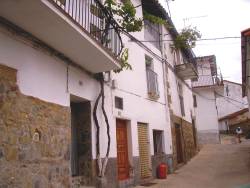 For us Brits the first glimpse of sunshine provokes a joyful opening of windows with curtains wide to let in the light and the breeze.  It's ingrained, we can't help it, we are programmed to seek out the light and it comes automatically to us without thinking.  We like our houses to have big windows and to be light and airy. This is actually really bad news over here. 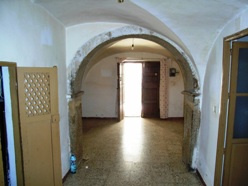 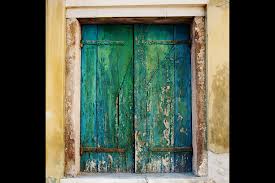 How many times do Northern Europeans move south with the intention of building a house or refurbishing an old property and the first thing they do is design large picture windows and wall length patio doors of glass.  Understandable but WRONG! 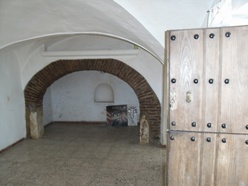 The Spanish know what they are doing.  Traditionally, Spanish homes were constructed with thick walls of stone and with tiny windows with shutters, some rooms, especially bedrooms might have no windows at all. You may have seen photographs or actually been to those lovely picturesque Mediterranean villages where all the houses are white... the practical reason being that white reflects the heat, tiles are used throughout because they are cool - no damp proof course because although most Spanish homes have damp the winter is so short and the summer so long and hot that the house dries out every year and they don't see the damp as a health problem, only aesthetic!   Bedrooms were most often on the ground floor - its the coolest part of the house.  Kitchens were traditionally outside - cooking just raises the temperature even more - although many modern homes have two kitchens, a small one inside and a larger one with a bbq outside.  In the days before air conditioning or even electricity this kind of construction makes perfect sense and works for both hot temperatures and cold. 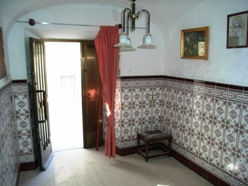 Many modern or newly built houses in Spain become ovens during the summer months (literally) and are draughty and cold during the winter.  This means you really have to use some form of cooling (fans or air con) during summer and multiple gas or electric fires during the winter... in order to make the house liveable.

The old houses were usually built of very thick stone, the new ones are concrete and they don't really compare when it comes to managing the extremes of temperature you get here in Spain.  The upper floor in many old stone houses was used only for storing vegetables and other perishable goods, this space is also a good insulation space.  It certainly is not the place for a bedroom. 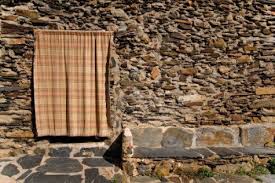 The correct way to cope with the heat (without resorting to the expensive air conditioning) is as follows:

In the morning when the sun comes up you dash around like a mad vampire closing windows and pulling blinds and curtains until not the slightest chink of light gets through.  The door (traditionally wood and very strong) must be firmly shut and a thick dark curtain is often hung across it and kept closed during summer as well as winter so that you can come and go without letting any sunlight (or draughts in winter) into the interior. 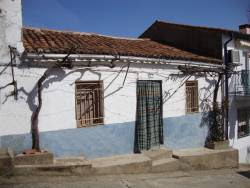 If you walk through a Spanish village between 2pm and 4pm in the afternoon you might think the place was deserted.  The streets are quiet, every house has the shutters and door closed... it all looks very bleak and abandoned.

At about 9pm at night when the temperatures are finally dropping (last night at 9pm it was 42C in our nearby town) you open up your shutters, windows and the door to let the evening breeze in.  The windows and curtains stay open until morning when the sun comes up.  The evening meal is eaten late at night, often as late as 10 or 11pm and then you haul your chairs outside and sit in the street to have a chat with your neighbours and enjoy the only cool part of the day.

This Vampire lifestyle is hard to get used to.  We knew that this was going to be the best way to cope with the heat without resorting to the expensive and not very eco friendly air conditioning.  We talked about how we would get up early and do 'stuff' in the morning until it got too hot and then retire to the house to work on small projects, read or catch up on mail etc during the afternoon.  It was all very well talking about it, the actual doing is not so easy.  The hottest part of the day starts around 11am and continues until well after 7pm... that's a long afternoon stuck in a stuffily hot, dark and in our case pokey,  holiday-sized house when all your little projects are still packed away in boxes.  Any kind of baking or cooking just raises the temperature in our little home so my plans to do lots of creative cooking in the afternoons has gone by the wayside.  As for the getting up early in the morning well that's a bit of a laugh... in order to enjoy the cool temperatures of the night we are often awake until the early hours (and of course because we have eaten late we don't want to sleep on a full stomach) and since we have no 'work' to go to in the morning... well... it's hard to crawl out of bed at 6am when you only went to bed at half past two! 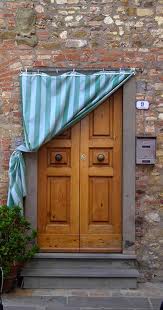 Once our renovations are done I am hoping that things will be better organised and certainly next year we should be able to  manage our time much more effectively.  For the moment though we are a bit aimless and not really enjoying the summer as much as you might think.  Having our own swimming pool might help but that is down to budget and I very much doubt there will be enough left to have a dug-in pool... we might manage one of those smaller splash ones but there are a number of projects above that on the list of 'to-do's'

All the images of houses and interiors (some of not such great quality) are gleaned from two property for sale websites here in Extremadura.  Extremacasa and Aspe Services.  We used Extremacasa and I can heartily recommend them should you fancy buying something in this part of the world. And if like us you have been brought up in a temperate climate then do think about how you are going to manage the summer heat!  I wonder if it works the other way round?  I mean did the Romans arrive in damp Britannia and start building Mediterranean villas?  I guess they did... that might explain why they left in such a hurry!
History househunting Spain Weather