- August 15, 2013
It's fiesta time here in Spain and our village has ten days of merriment well under way as I write this.  Last night was a firework display followed by disco and dancing with a dj at one end of town and a band doing the 'paso doble' in the main plaza.  Along with a fun fare (bouncy castle and other fairground attractions) we were spoiled for choice.  The band played until 2am and then the disco continued until 6am - the bars are open too of course!  And tonight it starts again at midnight with dancing in the main plaza and once again a disco until dawn - in case you missed it the first night I guess... oh... and I've just looked at the programme again... it continues the same tomorrow night. Blimey they certainly know how to enjoy themselves. 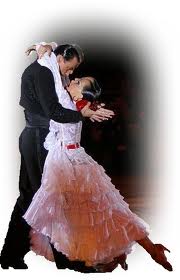 The old biddies doing the Paso Doble were not quite as romantic to watch as the photograph implies, but of course in our heads we all look like this when we dance!

Anyway, during the course of our evenings revelry, we got to the bottom of a mystery that, quite frankly, has been driving me nutty.  Its the ins and outs of fig picking.  You see I picked my figs earlier than anyone else - or so it seemed.  Then I worried that they were not ripe enough (any riper and they would have fallen off the trees).  I set to drying them in the sun only to be told that I needed to leave the 'umbilical' on the figs (the little bit of stalk) and when you pick them sometimes it gets left behind on the tree.  I kept telling myself it was an experiment and since the figs appear to have dried ok and look exactly like the dried figs you buy in the UK I continued doing what I thought made sense. 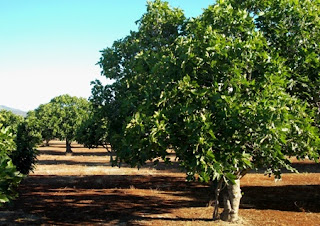 I couldn't understand why all the neighbours figs were simply left to fall to the ground and no one appears to be picking them up.  No one seemed to really know why, but at the same time, telling me that I had picked mine too early.  Well, kind Spanish friends of friends finally let us into the secret!

The Co-operative tells everyone WHEN to pick their figs and they have a one week window in which to bring in fresh figs.  After that the Co-operative won't take any more figs until September, by this time the locals have gathered in the partially dried figs that are about to fall and have fallen on the ground and they continue to dry them on racks... the Co-operative and ultimately the fig factory is saved a lot of the work of drying the figs in this way.  Although an article I read implied that the partially dried figs are then boiled and frozen and re-dried by the factory... !  Figs that have been got at by insects or ants while lying on the ground are separated out and made into animal feed. 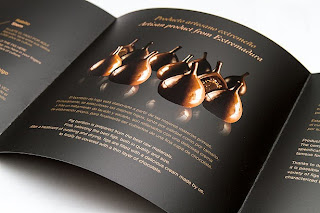 These are figs filled with fig liqueur and covered with chocolate - OMG to die for! 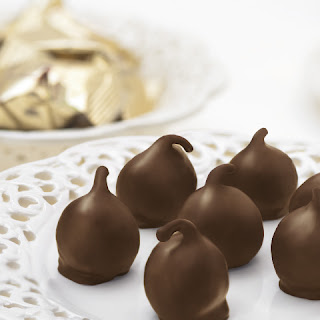 I paid a visit to the fig factory shop and noticed that their dried figs in bags do not look like mine.  I squished mine so that they looked flat like the ones we buy in the UK, the Spanish leave theirs looking more fig like. 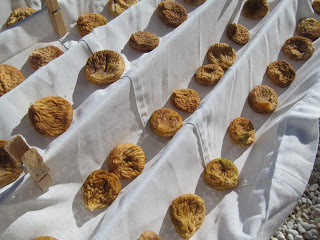 This is how I dry mine - you can see I have squished them flattish to help with the drying. 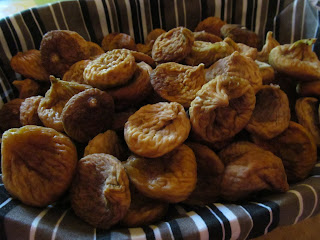 And below is how they look when partially dried on the tree and allowed to fall. 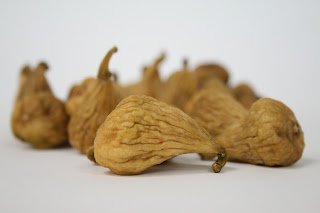 When I explained to our friends how I had been drying my figs they nodded their heads and it seems that I have been doing it alright after all.  For a small home operation that is.  Next year we shall clear around the base of the fig trees in the same way the Spanish do so that insects are put off walking out in the open and hopefully will leave our fallen figs alone long enough for us to get to them first.  We will finish off the drying on the roof (which will be a terrace by then) and then.... well that has yet to be decided but I do have plenty of recipes if you look at the Food from the Finca tab above.  Our Spanish friend turned his nose up at our paltry 60kg of figs and told us he had already taken 10,000 kg to the Co-operative and there will be more to go in September!  Mmmmm perhaps that's a bit out of our league.
Cooking Farming Spain