Re-use, Recycle, The Possibilities are.... 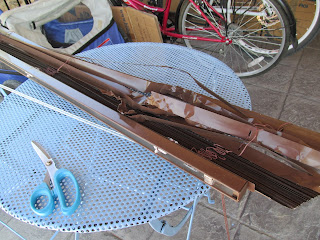 This is, or I should say was, a Venetian blind.  Fergus decided he didn't like being left on his own in the house  and made his feelings quite plain. We only left him for half an hour while we did some work down at the gate.  It was too hot for the dog and there is no shade there for him.  This manifestation of his chagrin is just the tip of the ice berg and this kind of behaviour quite out of character for our pooch.  It would seem that our move to Spain and Finca-Life in general is, as yet, too strange for little Fergus. 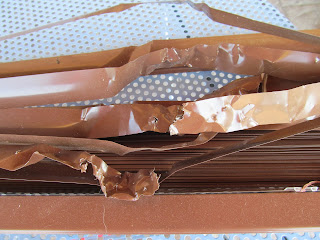 Along with a taste for chewing Venetian blinds, he is manifesting other symptoms of stress and anxiety and this, according to the vet is the source of his recent bouts of squits.  Since he is a true friend and member of the family we are trying to address the issues as best we can with a steady routine and a calm environment.  But more about Fergus another day, for the moment I am trying to turn a totally destroyed, fairly expensive Venetian blind into something positive and inspiring. 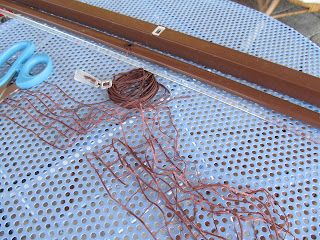 In true Technobillie style I can't just throw it away but I really don't have a purpose for it as yet.  I de-constructed the blind (I love that word De-Constructed it sounds so creative).  I have ended up with some cord fashioned like a ladder.  A see through plastic rod and some other fixing bits and a lot of plastic, long, thin, slightly concave pieces that will cut with scissors. I threw away the chewed bits and starting thinking about what I could do or make with the rest of the pieces. 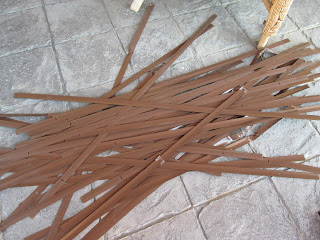 So far I have come up with the idea of cutting the plastic strips into smaller bits and using them as plant pot markers for when I grow from seeds... 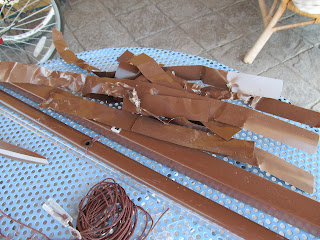 The cord has gone into the sewing box, that will come in useful some day.  But there might be an even better use for the rest of the bits... I know you are a very creative lot out there and lots of heads are better than one so...any ideas? 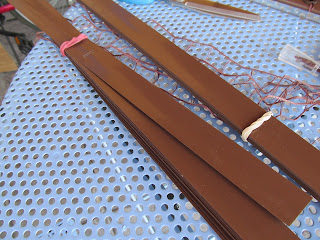 Crafts The Dog What is a Technobilly?