- July 02, 2012
In an effort to continue to de-clutter and attempt to keep the house de-cluttered, I bought a thing. 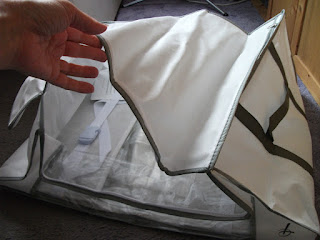 It's supposed to make big things small.  Fabric things like duvets and pillows etc.  Aha!  I thought.  I have a rather large box full of fabric (projects waiting to happen) and spare cushions (another project waiting to happen) that could do with shrinking down to a manageable size.  After trying to weed out stuff that realistically will not ever be made I was still left with a rather large box full. 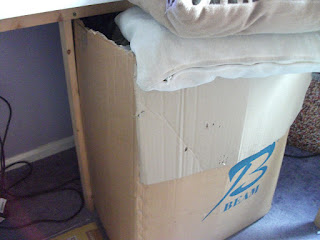 So... into the gadget went the fabric, layer by layer.  The rather meagre instructions then say to suck all the air out by using the nozzle of the hoover.  Well the nozzle of my hoover (and it's attachments) did not fit over the hole for sucking out the air. 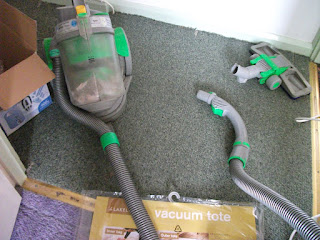 Two hoovers later and still no exact fit, I decided to just hold the nozzle in place over the opening and see what happens. 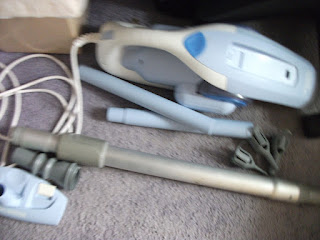 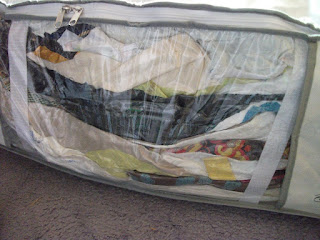 Until finally I could zip it up.  And because of the clever window, I can see at a glance what is in there.  I do have to admit to not putting the cushions in.  The project they are destined for is about to happen - next week in fact - so it would be silly to pack them away. 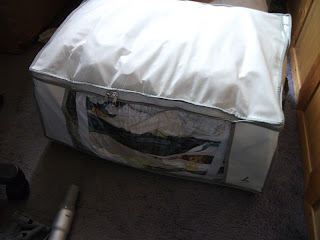 This gadget gets a big thumbs up from me.  Yes it was a bit of a faff and took a bit of brute strength too (especially once the air was sucked out - you are supposed to help mould it into shape while the hoover is running but I needed all hands to keep the nozzle in place) but for long term storage or packing away of quilts etc for summer (what summer?) it is an excellent idea.  I think I shall get another one before too long. 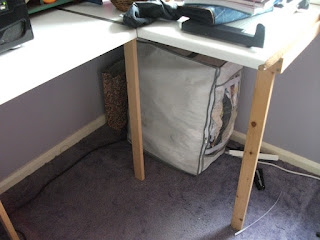