A Bit of FUN

- June 25, 2012
Things have been getting quite bogged down here with the house all upside down while we decorate and no viewers or even the hint of a viewer so when no 2 daughter's birthday approached we decided to put our heart and soul into having a fun time. 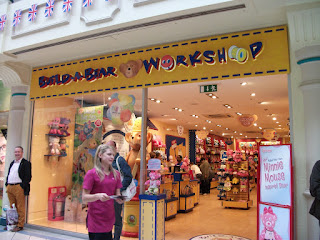 We asked her what she would like to do and she said Build-a-Bear-Workshop.  She is 24 years old this birthday but that didn't matter at all.  We decided to build our bear for our grand daughter and after much wrangling we opted for a monkey.  First we chose the skin. 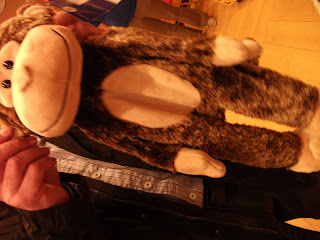 ....then we had the monkey stuffed. 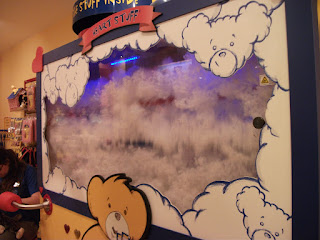 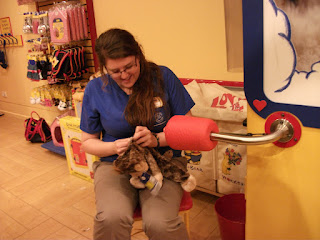 This is the foot pedal that works the stuffing machine. 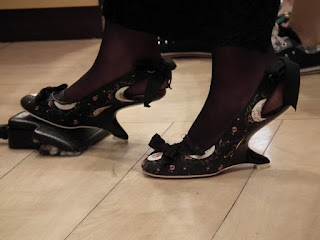 Wow... look at no. 2 daughter's shoes.  How does she walk in them we were asked?  It's physics apparently and no different from a normal pair of shoes. 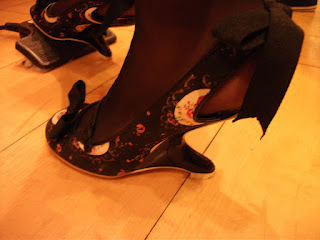 We chose a heart to go inside the monkey and a monkey sound that was put into it's paw... you squeeze it and it makes a noise. 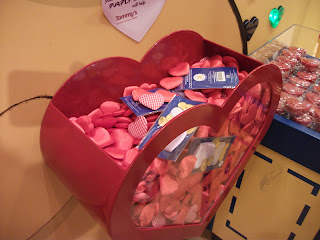 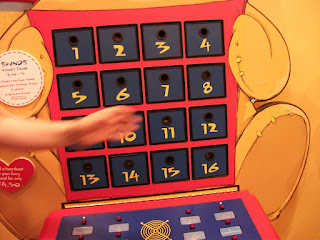 Next we had to dress it.  That was hard.  Too much to choose from. 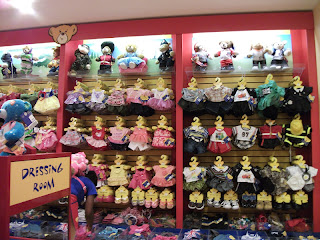 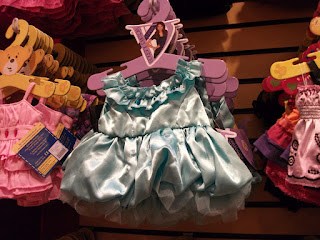 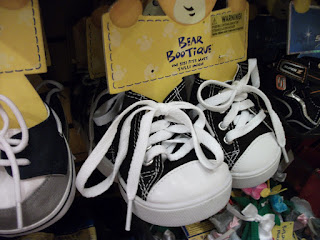 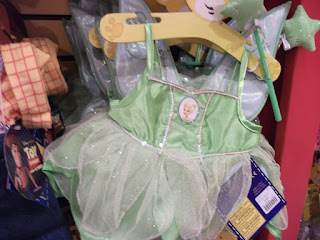 Finally we opted for a Darth Vader costume - it's a long story, but a family joke and in spite of what you might think, quite appropriate for our small grand daughter. 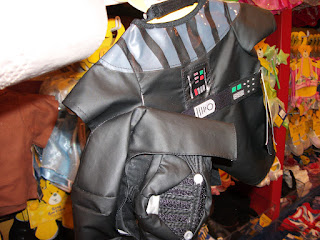 Then we created a birth certificate to put with the bear (monkey) who we named Darth Ape. 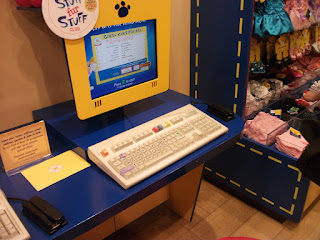 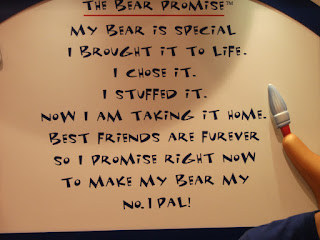 With bear's in box we then set off for the Grand Cafe which in my mind was always The Russian Tea Rooms (not sure why that is) where we had a lovely afternoon tea with smoked salmon and cream cheese sandwiches and scones and cream and jam and chocolates and a fresh pot of tea! 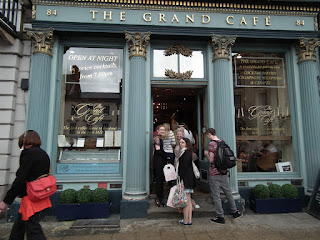 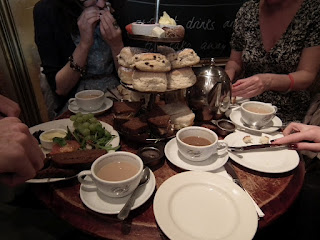 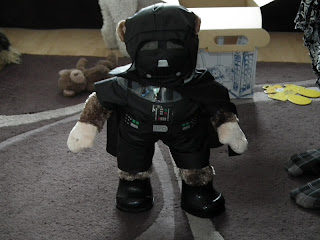 Yes, it wasn't cheap once we had paid for all the bits and bobs but it was a lovely day that we shall remember for a long time.  Sometimes you need to put aside all the day to day stuff and just push the boat out a bit.  And now, well it's back to the slow progress on the decorating front - all watched over by a little Darth Ape.
Clothes Family Festivals I'm a Fan