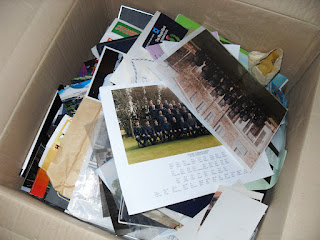 Yup, photographs, hundreds of them!  Just about anyone who grew up pre digital photography will have a pile of piccys very similar to this... We have carted them around with us every time we moved house. 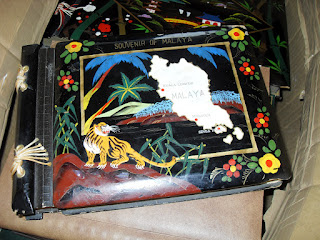 We have some in albums that go back to the 1950's - inherited memories really.  These we kept because they are history and although we don't remember the people in the photographs - they are related to us and we remember elderly family members talking about them. 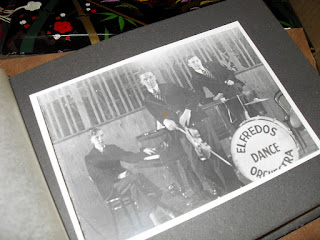 They are now sorted into two boxes.  The 'keep' box and the 'bin' box.  Difficult decisions were made, but I thought I would share my formula for sorting them out.

Firstly: allow yourself plenty of time to tackle this, especially if you are doing it in conjunction with a friend.  Photographs provoke memories both happy and sad and a great deal of laughter too - this dilly dally down memory lane is not going to be quick. 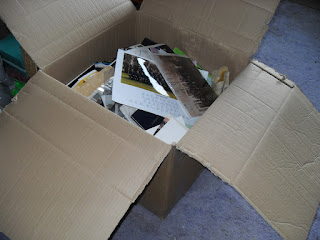 Secondly: Keepsake items like bus tickets, theatre ticket stubs, programmes from performances etc.. are all for the bin - unless the event was of extrreme personal or world wide significance.  When it came to it we really couldn't understand why we had kept so many receipts for restaurant meals in faraway places... we couldn't actually remember eating any of the food... so they went straight into the bin!

Thirdly:  Landscape photographs, unless there is a person we know in the foreground, go straight in the bin.  They are very seldom better than a bought postcard and most of the time we are unsure which hill, where or which year they were taken.  Our exception to this was the photographs we took of the New York skyline from the statue of liberty... showing the twin towers.  Exceptions for obvious reasons.

Finally:  If we couldn't remember the name of the person or people in the photograph we threw it away.  I mean what was the point?  Oh yeah, there is that guy I met when on holiday in France.... can't remember his name, never saw him again... background isn't of anything significant... BIN IT!  I made an exception if I was in the photo too and especially if I looked good. 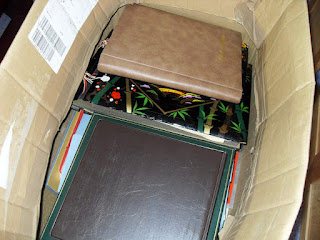 We actually had one more step after this... we sorted out some 'memories' to give to our children... the rest they can inherit when we are gone.  In this way we were able to cut the pile down significantly.  And we felt surprisingly good about it, as well as having had quite a laugh over the old photographs we have reduced the amount we need to take with us to Spain.  Not that it will make a dent in the quote for the removals!!  More on that later....
Chit Chat Family Spain