Reality vs The Internet

- March 11, 2012
We arrived back from Spain late on Thursday evening after a gruelling four days of travel and house viewing.  We expected it to be exhausting but I don't think we appreciated just how emotionally tiring it would be. 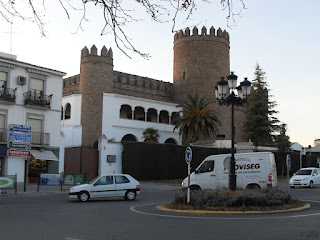 We decided that since we had never visited the Extremadura area of Spain before we would view this trip as getting to know the area, the north of the region is very different from the south, and not expecting to find our dream property.  In fact, what we thought was our dream property which we had viewed on the website had sold just two days before we arrived in Spain, that put the dampers on our trip a little bit. 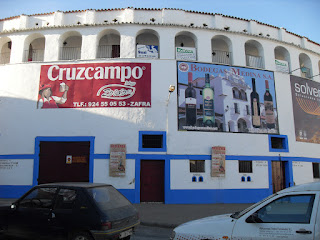 After viewing the first property and being completely disheartened by how far 'off the mark' it was we began to doubt everything we had seen on the internet.  Photographs do not lie, but boy they can be misleading!  The descriptions we had read were also not telling lies but either our enthusiasm got the better of us and we simply did not register the words properly or they focused solely on the best aspects - which is understandable - but sometimes the worst aspects are completely overwhelming and can obscure anything else!

Taken as an adventure, the whole trip was amazing.  The north of Extremadura is like Scotland in the sunshine.  The wildlife was incredible with eagles and vultures and smaller birds of prey everywhere and huge storks building nests on top of every telegraph pole.  We were really impressed until we realised that although we love that kind of terrain, it's great for a holiday but we actually don't want to live quite so wild.

The west of the region, close to the Portuguese border is renowned for its beauty.  Very much like Dartmoor with huge boulders strewn carelessly or balanced precariously on top of each other amid almost barren scrub land dotted with cork oak plantations.

It was hard to decide if we liked it or not, it was almost familiar terrain (hubby coming from Devon and me from Scotland) but subtly different enough to make it feel a bit strange at the same time.  We did see a property there that looked for all the world like a Scottish Highland But and Ben left derelict after the Clearances, yet it was within sight of a still working Roman Viaduct of stupendous proportions.

The south of the region was more like the terrain we had expected to find.  More Mediterranean, more orange groves and white washed villages.  The downside of the south of course being that for at least two months in the summer temperatures can reach between 40 and 46 degrees C.  That's very hot.  It also gets very brown during the summer.  This year they are experiencing a drought too - with very little rain all winter causing the farmers some concern.

But... did we find our dream property?  Well.... YES WE DID!!  But since it isn't ours until we pay a deposit (which we cannot do until we sell our home here) we are trying not to get too excited or totally fall in love with it.  But realistically its too late for that, we are smitten.  I cannot tell you anything much about it at the moment for fear of jinxing the whole thing, except to say that I picked three oranges from the trees on the property and ate them for breakfast this morning and they were absolutely delicious.  We are frantically doing our sums and have someone viewing our home for the fourth time tomorrow (blimey you'd think they could make up their mind by now!) - hopefully we will get an offer that will tally with our arithmetic and then the real adventure will begin in earnest.

PS.  If more reason were required for leaving the UK... take a look at this:

5 minutes up the road from Seville - 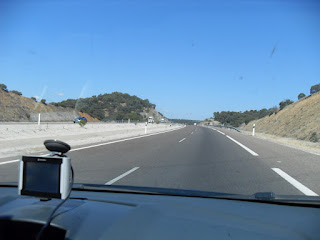 and five minutes up the road from Gatwick...... I rest my case.
Spain