- December 13, 2010
November was a no-spend month here in the Technobilly household.  How did we do?  Absolutely flippin' terrible!!  Well I'm a sucker for anything old/vintage and I have a thing for vintage textiles and historical clothing etc... so.... (I'm trying to justify it here)... when I saw this on ebay.... 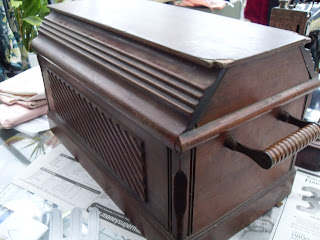 I just couldn't resist...  And it was only £25 (only) but then I waited two weeks for delivery because the snow held up the courier. 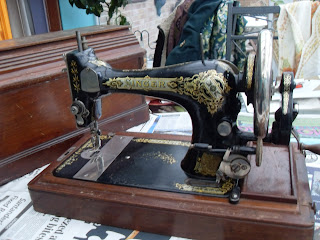 She (yes it's female) came out of the Kilbowie (Clydebank) factory in Scotland between July and December of 1911.  That makes her just shy of 100 years old.  How do I know?  Well there is a serial number on her and you can look it up on the Singer website here. 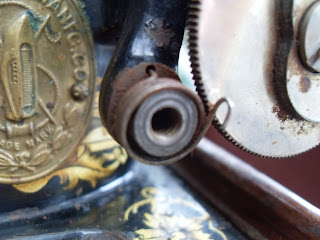 She arrived very dirty and very smelly having been forgotten in someone's attic for the last 30 years or so.  I carefully took her apart and cleaned each piece as best I could with some WD40 and a soft cloth. 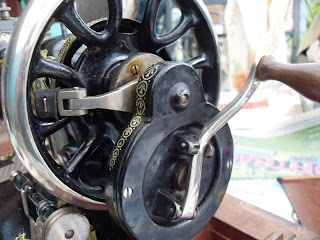 The hand wheel was stuck fast and I haven't been able to get that apart but I did the best I could. 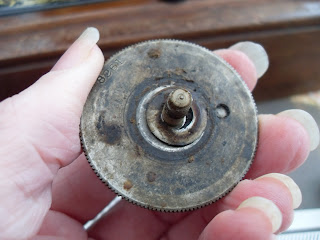 Some of the decals were damaged, before she arrived at me I might add, but I don't mind.  I haven't bought her as an ornament, she is for using. 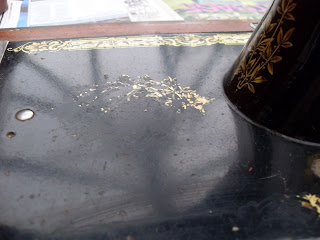 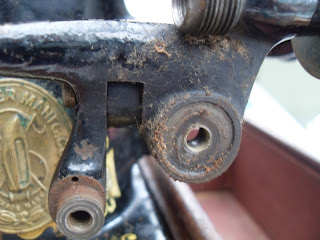 I do have two electric sewing machines, one for regular sewing and an overlocker for finishing edges so they don't fray.  But I think its important to be able to do stuff without electricity - I don't like being dependant upon the national grid for everything. 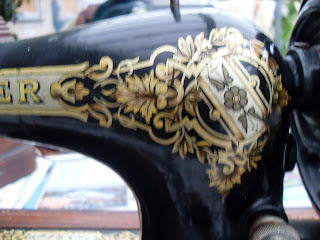 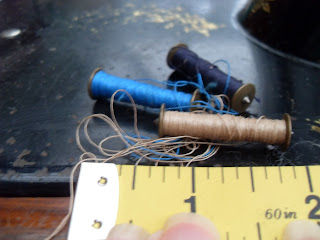 The rubber ring on the bobbin winder was perished beyond use so I sent BillySteve off to the sewing machine centre in our local town to get a new one.  I gave him a bobbin too since although the machine came with four of them ready wound I wondered if it would be possible to get replacements if anything happened to them. 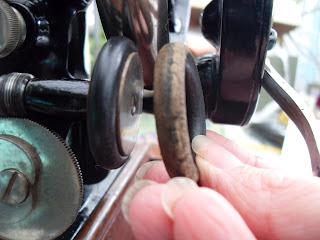 The machine has a 'vibrating shuttle' which I had never seen before but it looks really cool! 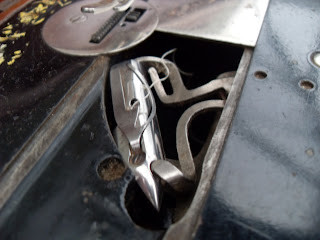 I honestly expected him to come back saying that the people in the shop laughed at him, but no, he returned with two new bobbins and a new ring for the winder.  I was ecstatic. 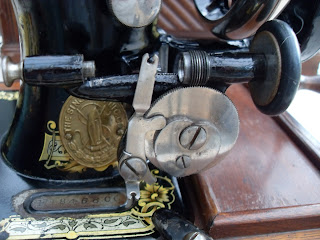 Once cleaned and back together again I faced the tricky problem of threading it up ready to sew. 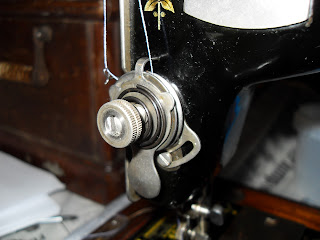 The top thread was simple enough, it's almost identical to modern machines but I had never used a shuttle bobbin before so the bottom thread was going to pose a real problem. 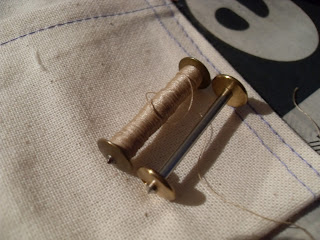 Luckily the Singer website offer free downloadable machine manuals, but I had my doubts as to whether they would have the book for the same model as my machine.  They did!  I was able to print out the manual and follow the instructions for threading.  It was really simple and worked first time and then I began to sew.......... 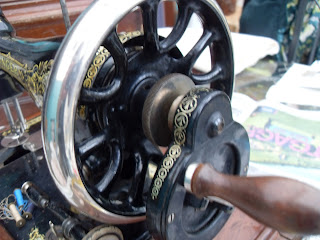 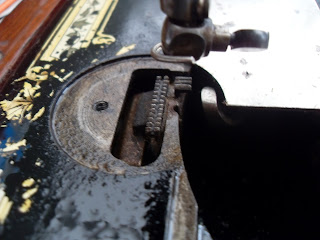 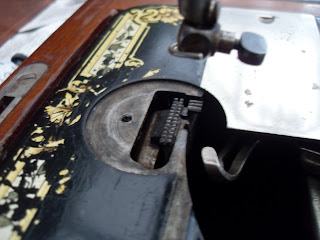 What a lovely sound it makes... a sort of machine purring with a slightly metallic jingle.  I loved it, the whole feel of it, the romance of using such an old piece of machinery that has sewed it's way through two world wars.  I am also impressed with the stitch quality... beautiful and even. 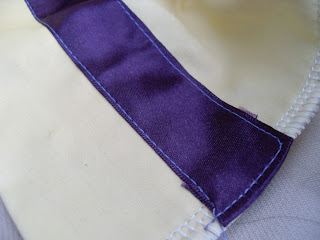 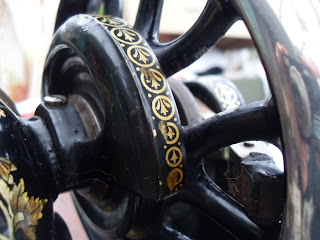 - and even more amazing that you can still buy the parts to fit it!  Am I easily impressed or just totally bonkers? 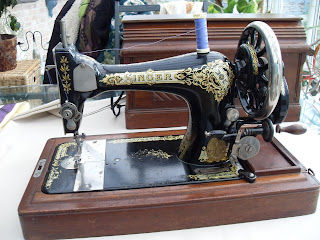 Crafts life the universe and all that Sewing What is a Technobilly?